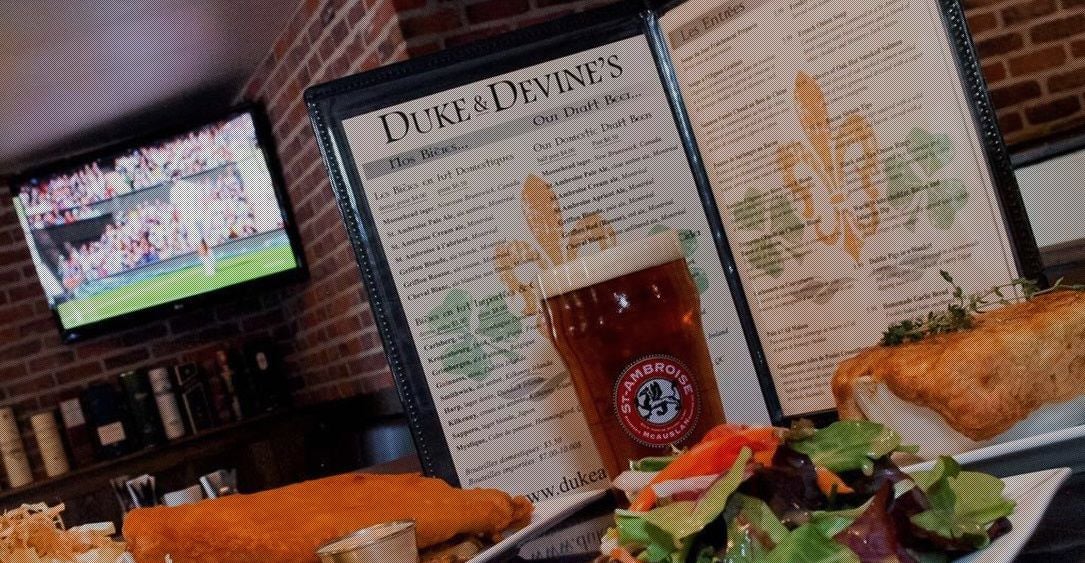 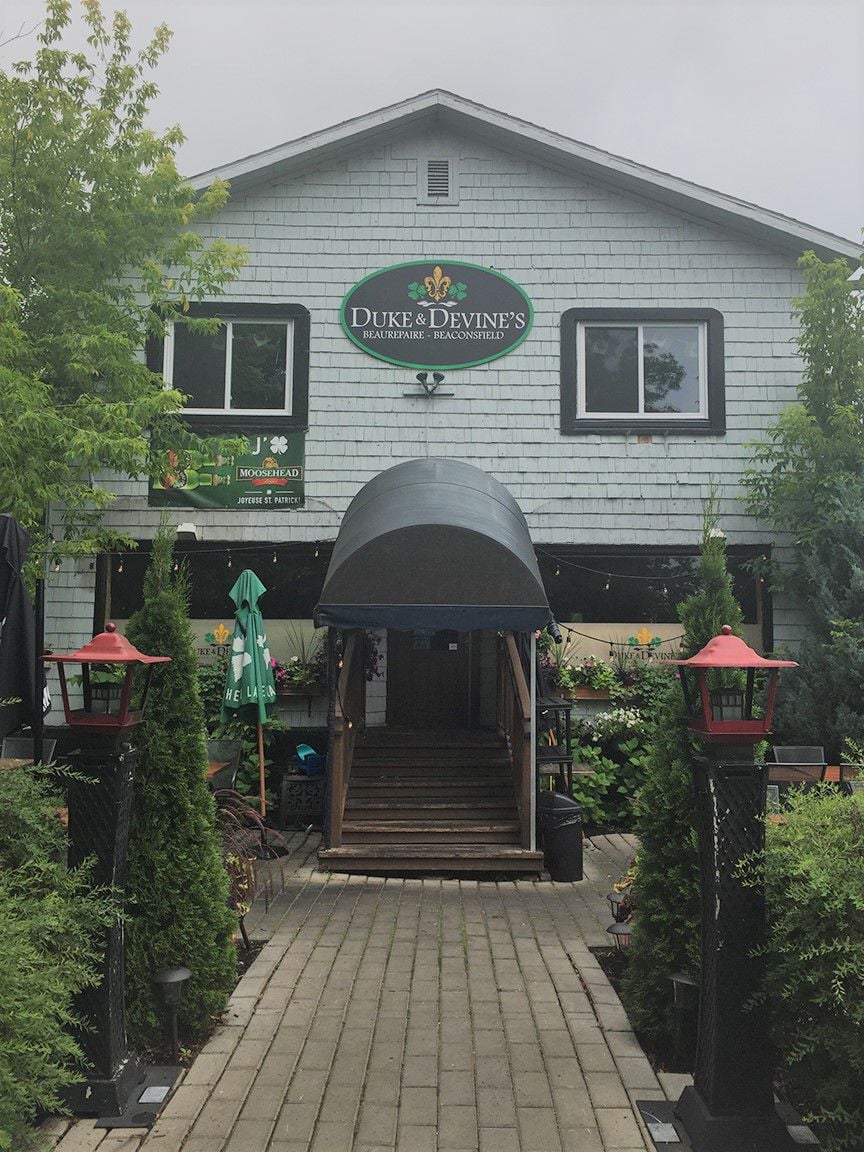 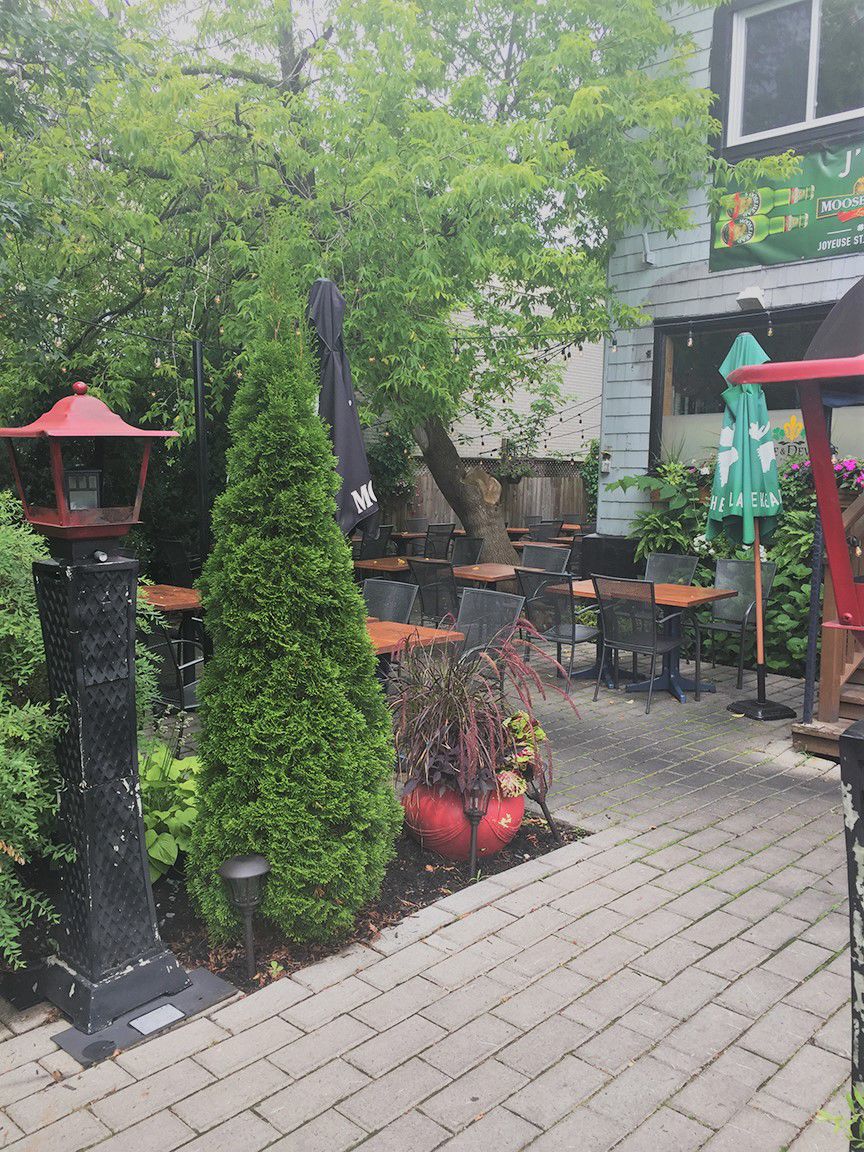 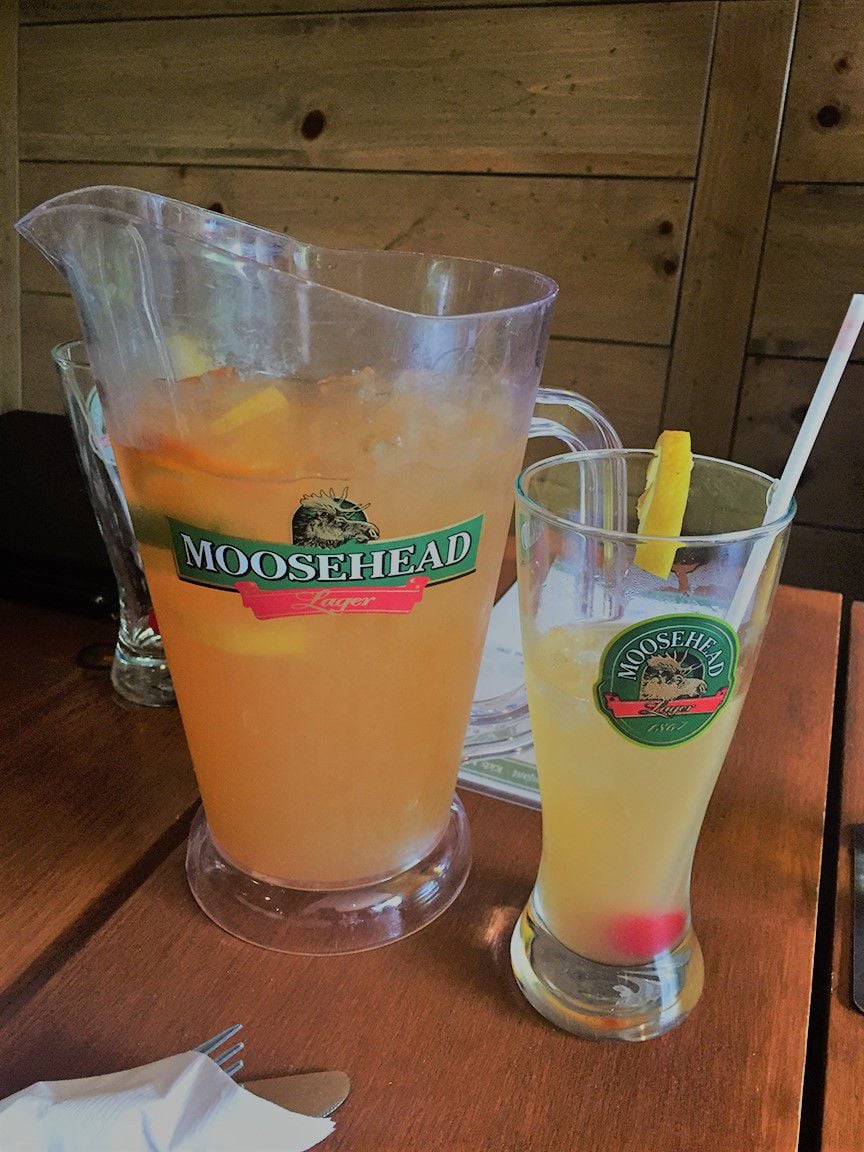 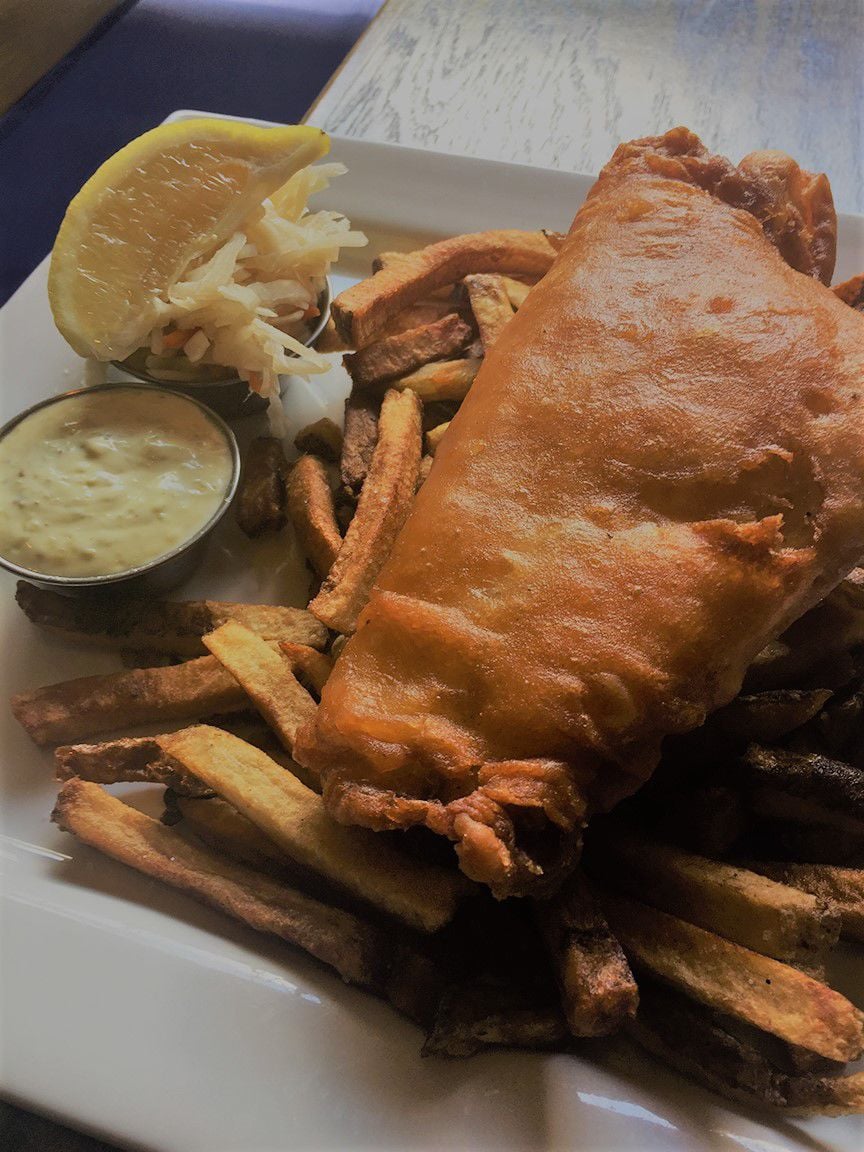 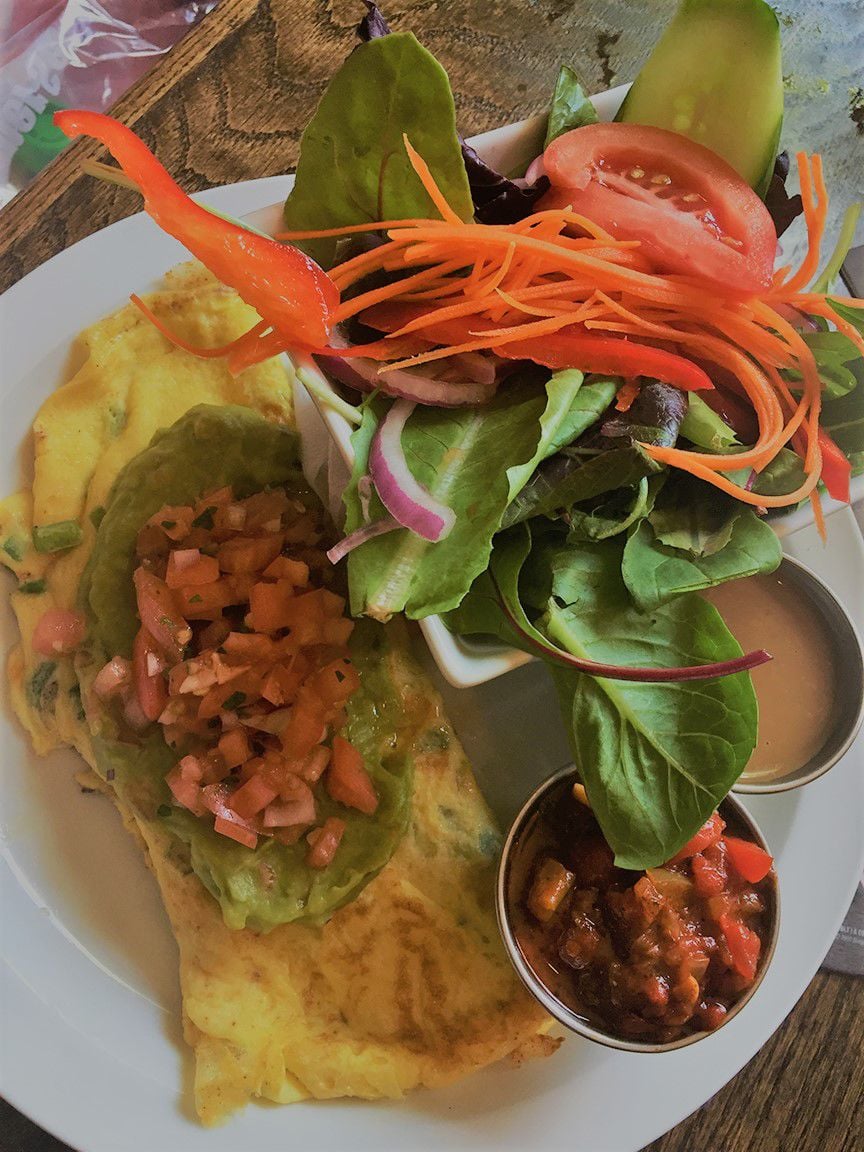 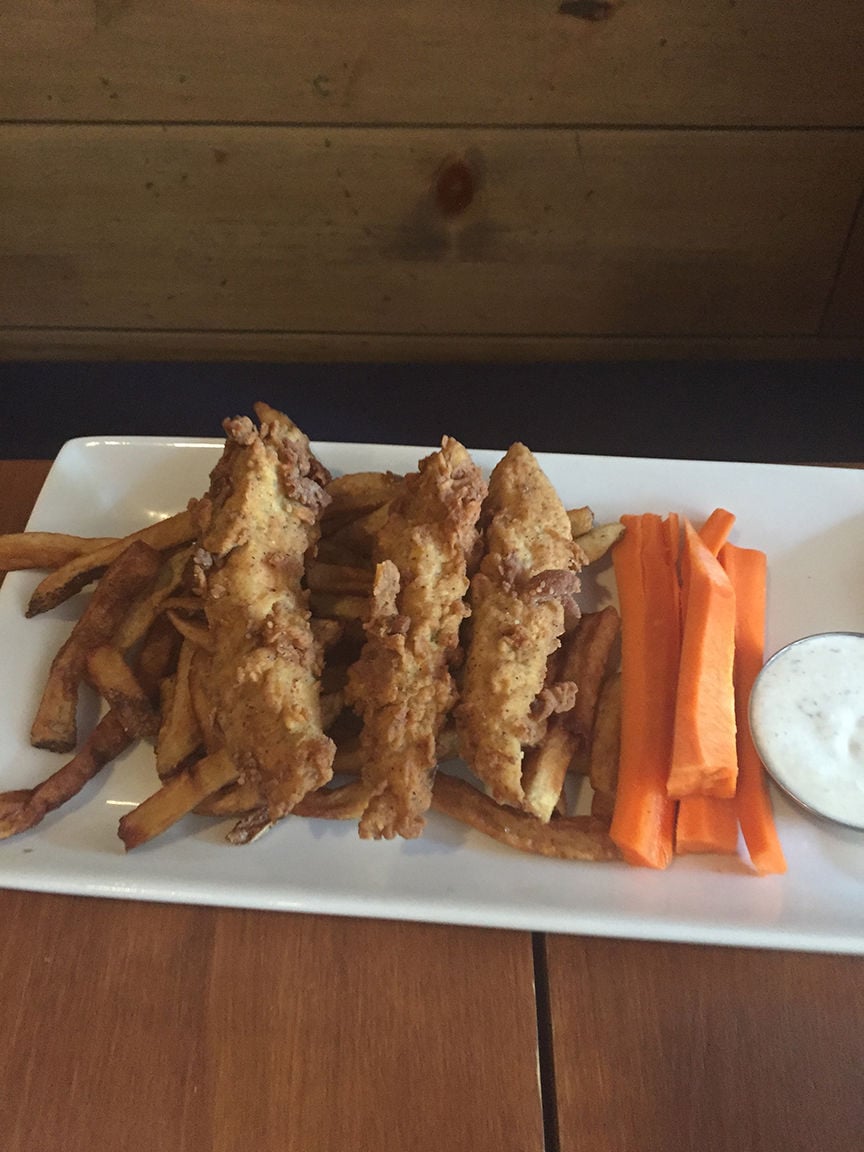 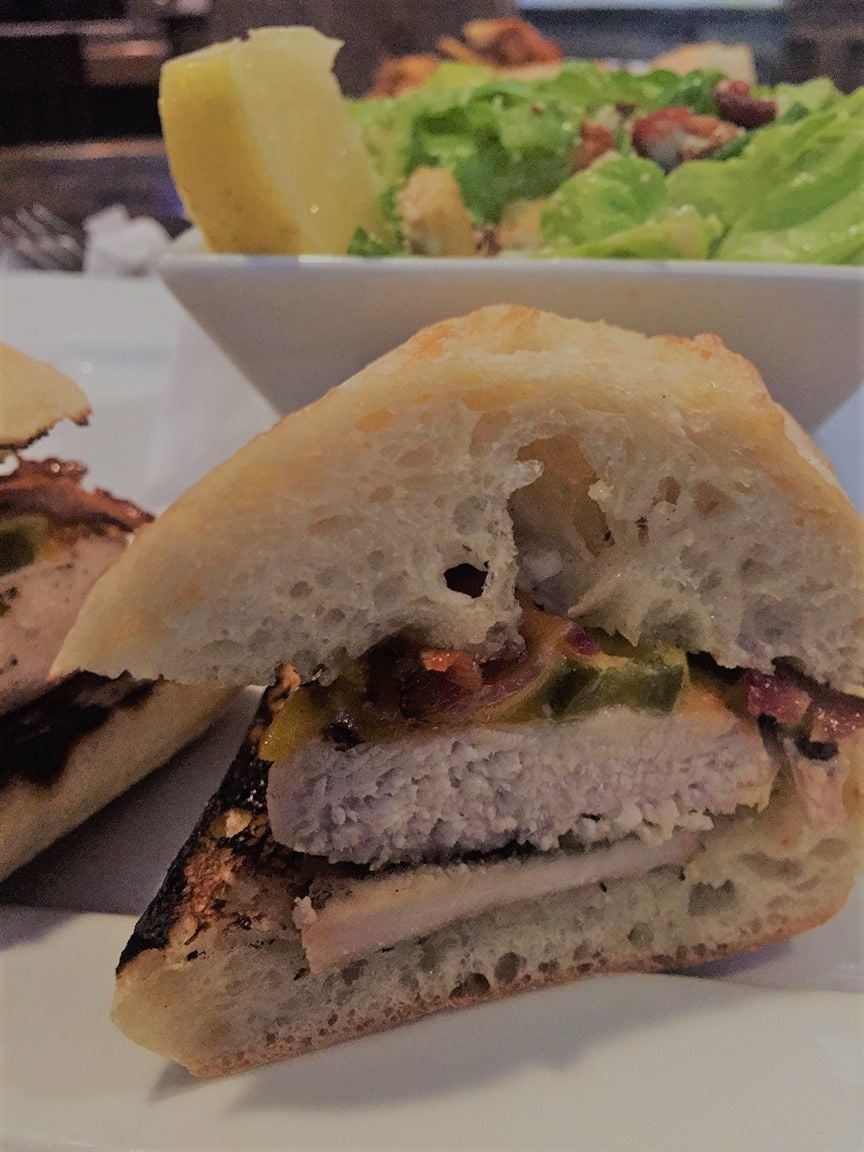 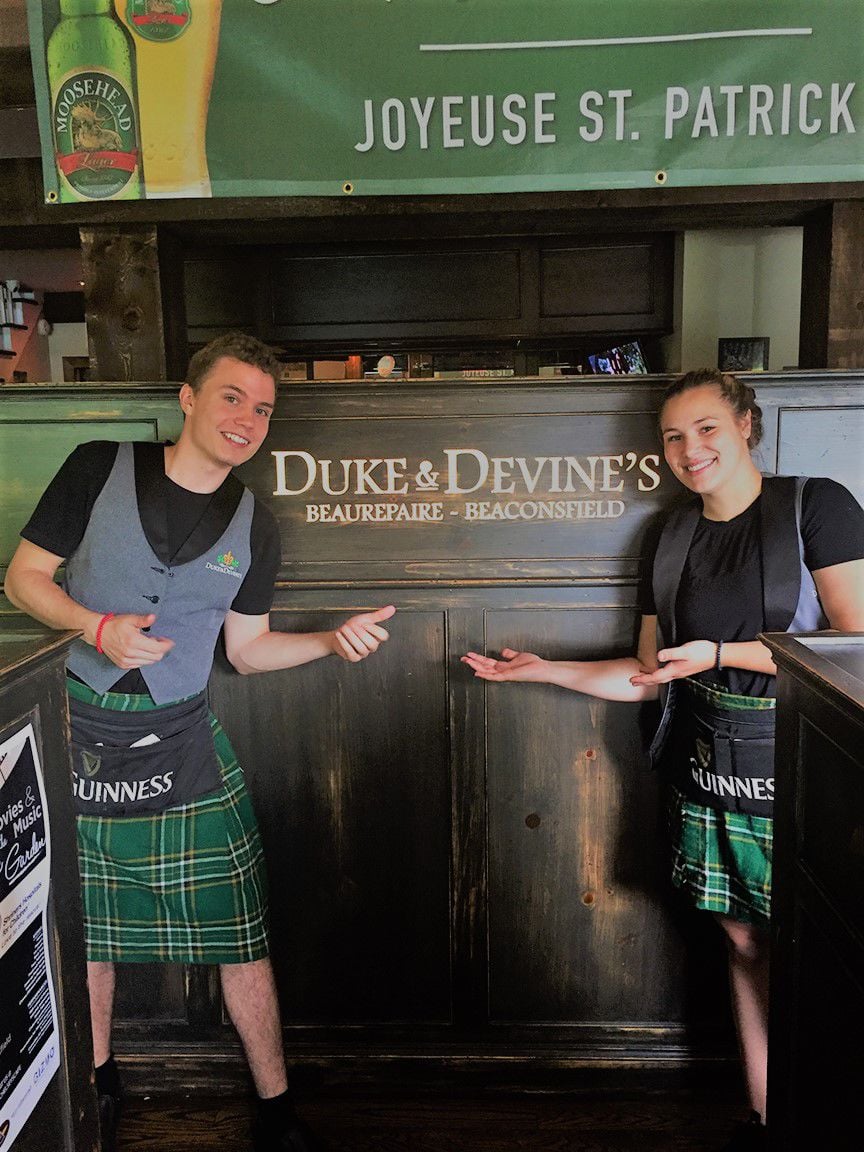 The word "pub" is a slang shortening of "public house." Well, Duke & Devine's is a true pub.

It is situated in an old house in the middle of Beaurepaire Village in Beaconsfield, which has been transformed into a welcoming establishment offering good hearty comfort food and a great pint.

My family and I, along with some good friends (husband, wife and three kids) visited the Irish pub in Beaconsfield on Saturday for lunch. Unfortunately it had just finished raining so we could not sit on the terrace (well, actually, the beautiful garden). We were seated on the main floor of the well-decorated bar and restaurant area, which was outfitted with wood panelling, whiskey bottle boxes and what looked like old family photos. This made the place even more inviting with a friendly feel. We got a comfortable booth near the window.

We started off with some drinks: White Sangria for the ladies, which they enjoyed and finished the entire pitcher, and the rest of the adults indulged in a pint of Moosehead, club soda with lime, real British Roses lime cordial, and Shirley Temples for the kids (after all, they were in a pub). What was great was that there were other families with kids there too - too often pubs try to be adult-only and lose the whole idea of what a pub should be: a great hangout for everyone.

Our waiter Alex and waitress Ashley were great - they were pleasant and very knowledgeable about the menu, and they ensured we were looked after the entire time.

The menu was surprisingly large for a pub - there was many choices that sounded very interesting and made it tough for me to choose. They even had a kid's menu. The kids ordered up their fave: chicken fingers along with fish and chips, while the adults chose amongst the more heartier options: we had the Spanish omelette from the brunch menu, but opted to substitute the home fries for a salad - it was nice to be able to switch something on the menu like that. I chose the grilled chicken sandwich with Monterey Jack cheese, pickled jalapenos and bacon on ciabatta bread, and chose the Caesar salad instead of the fries (I was trying to behave myself… OK, I have to admit: I did steal a few fries/chips from my son when he was not looking!). Our friends got the fish and chips and the hot roast beef sandwich, which was made from slow-roasted sliced top sirloin, Swiss cheese, horseradish mayo, and served on toasted ciabatta with au jus dipping sauce.

Being a bigger group, I was pleasantly surprised that the food did not take too long to arrive. Everything was well presented. From the fish and chips (the fish was golden brown, the chips looked scrumptious, and the sides of coleslaw and tartar sauce were the perfect finish). The kid's meal of chicken fingers was a great surprise - it was not the usual frozen slab of god-knows-what chicken in crumby breading, but was actually real chicken in a flaky, crispy batter. My chicken sandwich was very good - the chicken was well cooked and seasoned, and not dry at all, and not too spicy with the jalapeños but just right. The ciabatta was fresh and the Caesar salad was amazing, with creamy dressing, real bacon bits, and garlic croutons. My wife enjoyed her omelette, which was a large fluffy omelette with peppers and cheese smothered in salsa and guacamole.

My son, who is very opinionated for a 7-year-old, loved the fish and chips, and he would know as it is one of his favourite dishes. It is hard to get good fish and chips in Montreal but, according to him, they nailed it. It was not greasy at all. He finished the whole plate, and I ordered him the adult size.

The entire group really enjoyed their meal. After the meal we stayed to chat and did not feel rushed at all. It was a cozy atmosphere, and I was surprised to hear that they even had an upstairs dining room as well that seats an additional 80 people!

I would definitely go back to Duke & Devine's. There are several dishes I would still like to try, like the Beef and Guinness Irish Stew, County Cork Shepherd's Pie and even the Chicken Curry Poutine. Hopefully next time we can enjoy the garden terrace.