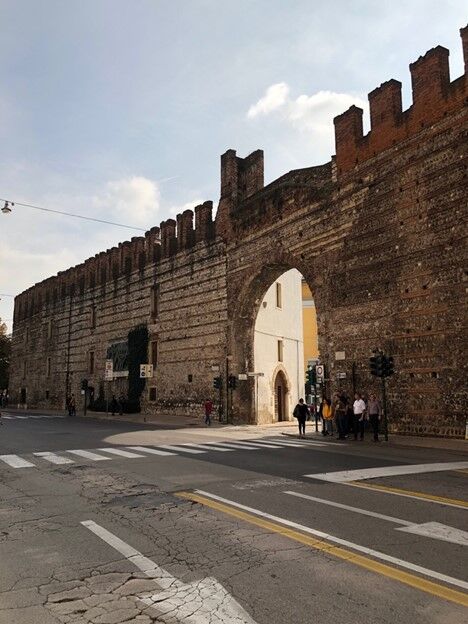 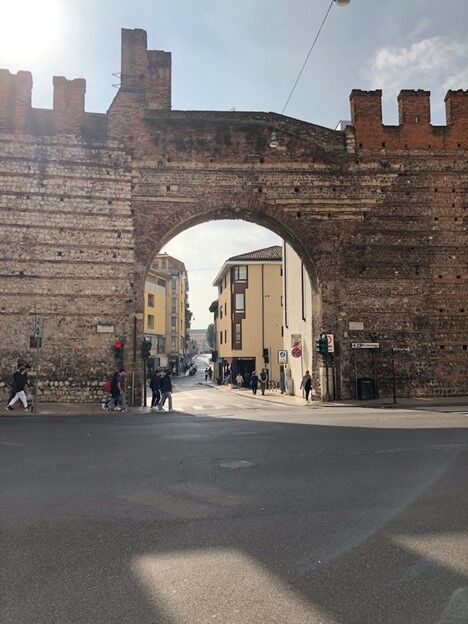 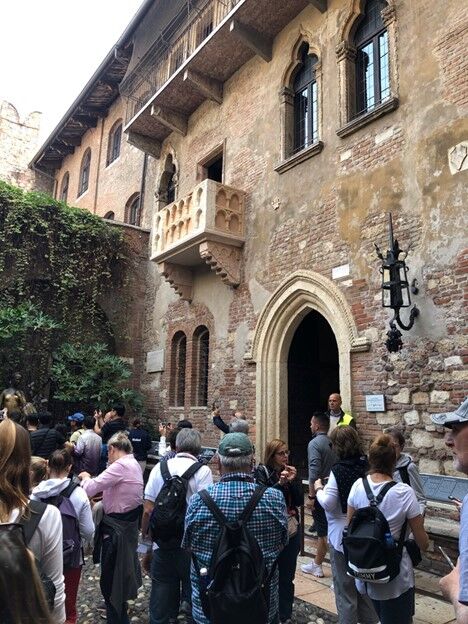 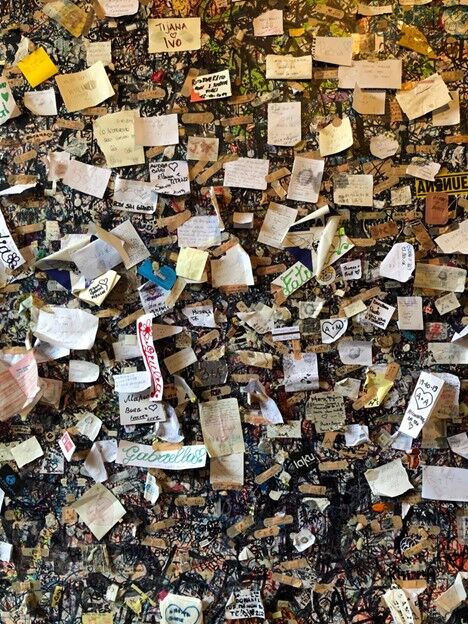 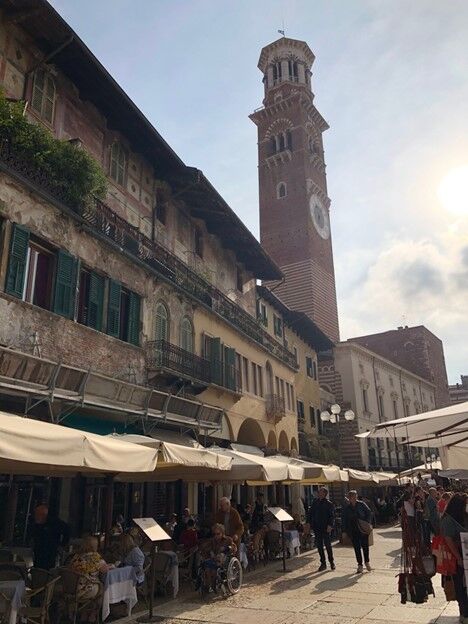 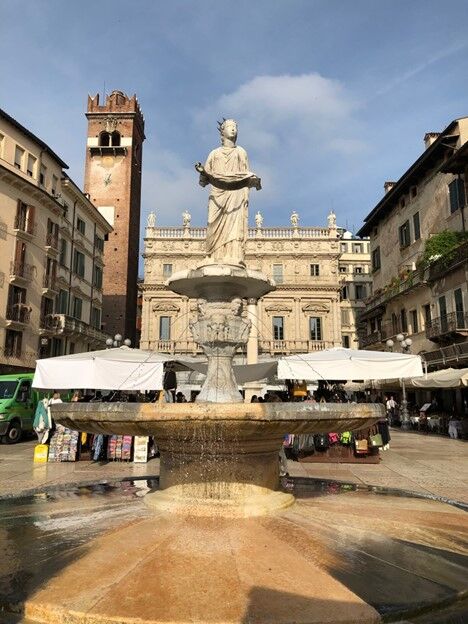 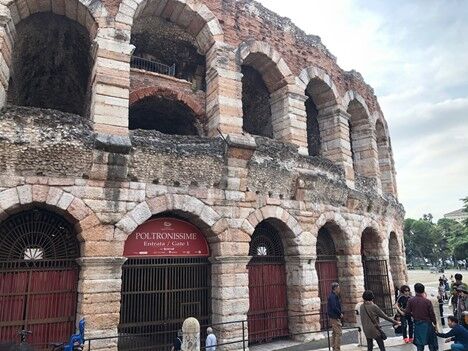 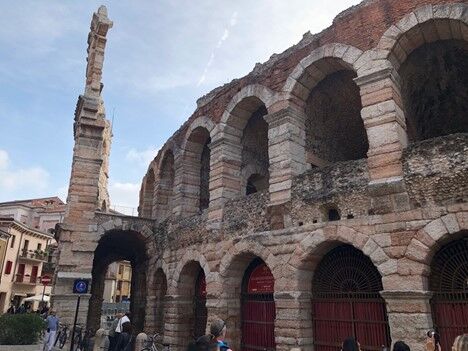 Verona is a fortified, medieval town that has preserved a remarkable number of historical monuments. Listed since 2000 a UNESCO World Heritage site, I was able to appreciate the history of this town while on a guided walking tour.

Today, Verona is known mostly as the ‘city of love,’ because it was the setting of Shakespeare’s famous play “Romeo and Juliet.” So, of course, I was excited to go see “Juliet’s House”, a 13th century residence, with a tiny balcony overlooking the courtyard. Also in the courtyard is a bronze statue representing Shakespeare’s heroine. Fun fact: According to our guide, Juliet’s balcony was added in the 20th century when tourists started flocking to the iconic site. Shakespeare’s play was set in the 14th century in Verona. The legend lives on as this is a very popular tourist spot. Nearby there is also “Juliet’s Wall” filled with love locks and love notes.

Aside from this popular legend, Verona is rich in history. Here is a wrap-up of some of my favorite historical and cultural landmarks.

Before entering the fortified town, we crossed over the Ponte Scaligero (aka Ponte di Castelvecchio), one of the city’s many medieval castles, connected to this bridge. From there we headed to the Piazza delle Erbe, a market’s square, with the Lamberti’s Tower, looming over the Piazza. It is the tallest clock tower in Verona. I had a nice lunch at the Piazza Bra, just across from the Verona Arena, an ancient Roman amphitheater. The arena is famous for its incredible acoustics and to this day, it hosts concerts and large-scale opera performances.

After lunch it was off to explore our next destination, Sirmione and Lake Garda. Located approximately 30 kilometres from Verona, Sirmione is a resort town on the southern bank of Lake Garda. I was looking forward to our boat tour on the lake.

Also, for all the videos on this destination visit the youtube channel @Les Escapades de Dora et Alain.

This trip was taken before the pandemic. These are the personal opinions of the writer - The Suburban does not endorse travel at this time.