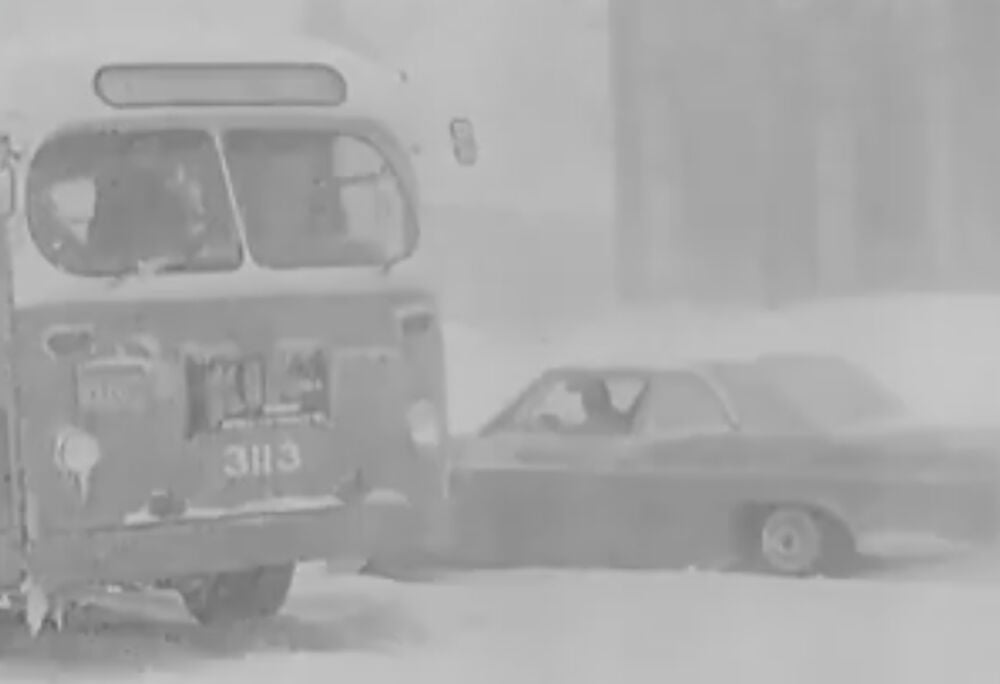 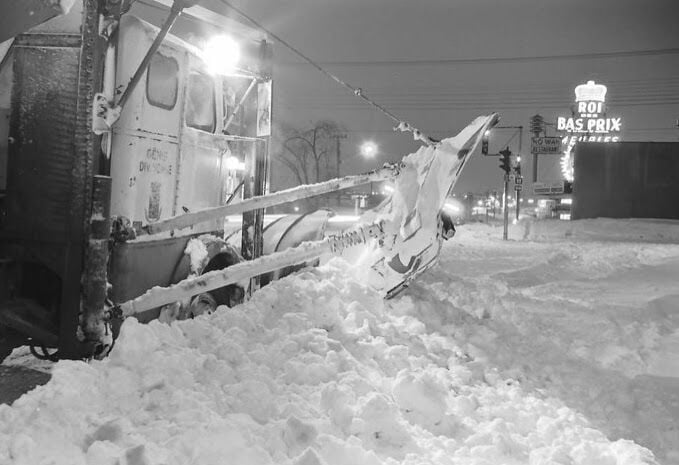 Today is the 50th Anniversary of the Montreal Blizzard of 71. The 1971 storm continues to draw numerous comments to my posts through the years. I have shared a few below.

“I remember this vividly. I was just an 8 year old boy living in Pierrefonds Quebec on Thorndale Avenue when this happened. My father and a neighbour cleaned the street with snowblower’s the next day and the weather was warm. When the street was clear there was a huge block party it was a lot of fun”... Anonymous

I remember this storm well. I was 18 at the time & it was a good storm indeed, I still managed to coax my old 63 Chevy Biscayne through the streets,and around abandoned cars etc etc...it was an adventure for us for sure... Les

Although I have no memory of this day I have been told about it at least once a year on my birthday March 4th (1971). It was a very memorable day for my parents:)... Anonymous

My daughter was born on the morning of this storm!!! We didn’t make it to the hospital but the ambulance was able to take us to the Roxboro Clinic on Sources Road in Dollard des Ormeaux. It was written up in the Lakeshore Chronicle and we often take the newspaper clipping out to remind us of that day!! Anonymous

Police were using snowmobiles to reach people in the city, and buses remained wherever they became stuck for up to a week. Schools were also closed for the week and stores ran out of supplies since trucks could not make deliveries. While I remember it as being quite a fun adventure, for many it was a real nightmare... Wes Cross

I was 9 years old at the time living on Gilles Street in Pierrefonds. I shovelled driveways to earn money and I must have shovelled for days! I remember they had to use big D-9 Caterpillar bulldozers to clear the streets because the snow was to heavy to push by regular plows. Snowmobiles were used to get to the sick and transport medicines to those stuck at home... Anonymous

I was 7 years old when this storm happened. We lived in the Eastern Townships and got a lift from our neighbour to drive us to my Grand-Parents on the South shore of Montreal. He was going to Montreal and would drop us off on the way and pick us back up the next day to come back home. None of us made it to our destinations, we got stuck on road 229 between Rougemont and St-Jean-Baptiste. I remember we got out of the car. I remember following my dad holding the back of his coat, I could barely see him a couple feet in front of me. We were lucky enough to get stuck in front of a house, the only one for a couple miles. Two other families were stuck on that road and made it to that house. They took us all in, they were ready to welcome their family members that never showed up because of the storm. I remember flashes of all the people in that house, kids getting to know each other. I remember it was like a big party and everyone looked happy. The next day I remember looking at my dad and our neighbour trying to find the car. They found it because they saw the antenna poking through the snow... Ray

I’ve only heard stories of the Blizzard of ‘71 - apparently my Dad walked home from work (downtown) to LaSalle because he was afraid my mother (who was 9 months pregnant) would go into labor and be home alone. I wish I had been around for it - I love big storms (obviously ones where nobody gets hurt)... Amanda

I was driven home on a skidoo, by a police officer from Montreal to LaSalle. My husband was so worried, lol, no cell phones then! Louise

I was 11 years old.. great fun ! Family and friends got together. Police on snowmobiles. No school... [beam] . The snow was so high that we jumped off the 2nd gallery from the duplex in Montreal North... Great memories with Mom and Dad....LOL