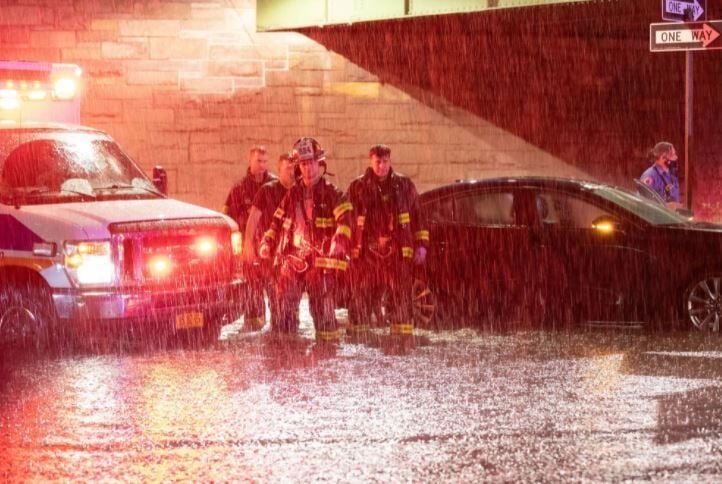 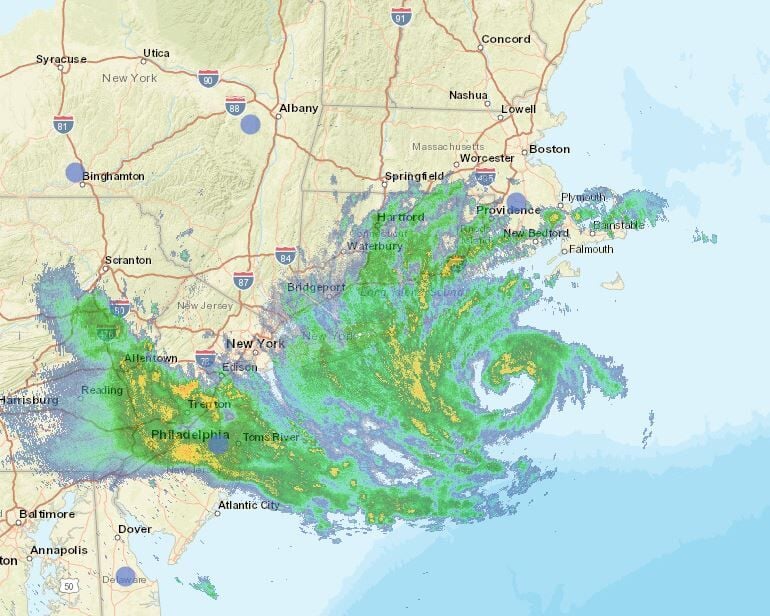 **Henri was downgraded to tropical storm status as of 7am Sunday morning, with 70mph (110km/h) winds.

Hurricane Henri is already leaving his mark across southern New England, New York and New Jersey as heavy bands of rain in front of the storm are producing flash flooding. A record-setting 100mm of rain fell Saturday night at Central Park in NYC. The heavy rain has resulted in dangerous flash flooding, with numerous water rescues occurring overnight.

Early this morning, Henri was located 125km southeast of Montauk, Long Island, with 120km/h winds. The storm was moving north at 30km/h. Widespread watches and warnings remain in effect across the northeastern US. Winds and seas will continue to build along the coastal regions through the morning hours Sunday.

Henri is forecast to make landfall either on eastern Long Island or Rhode Island over the next few hours, then move slowly inland towards southern New Hampshire. The storm is forecast to weaken while moving off to the northeast on Monday.

The only impact expected across southern Quebec will be clouds thickening form the southeast along with perhaps a stray shower or thunderstorm this afternoon and overnight. Our region will remain under the influence of a tropical air mass, with very humid conditions through Monday. Henri will produce rain and gusty winds across Atlantic Canada late Monday and Tuesday.