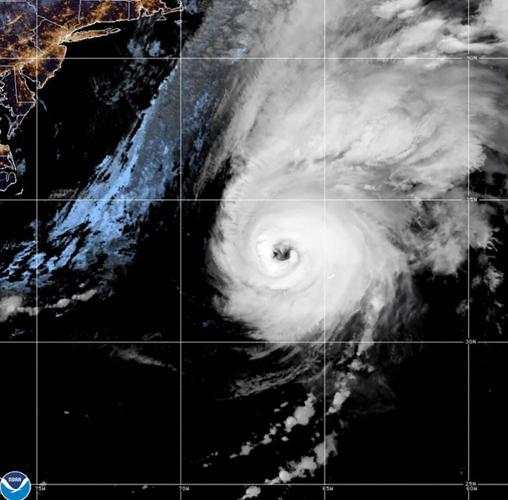 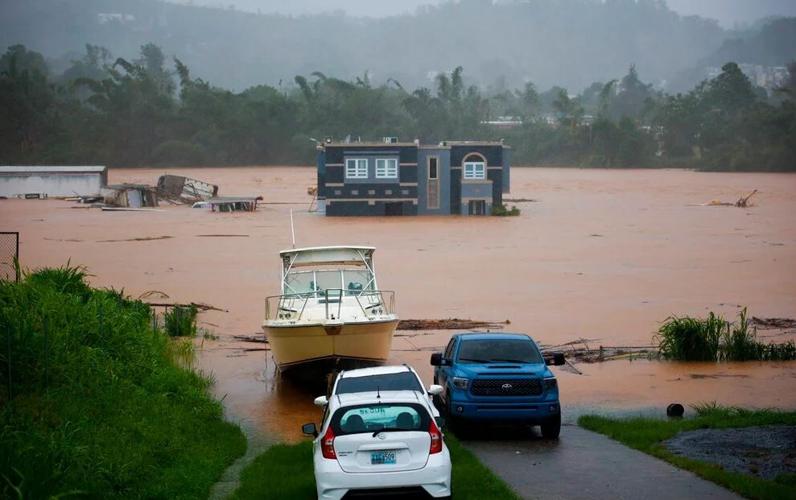 flooding and claiming at least five lives so far. The US territory was left in the dark as the power grid collapsed. 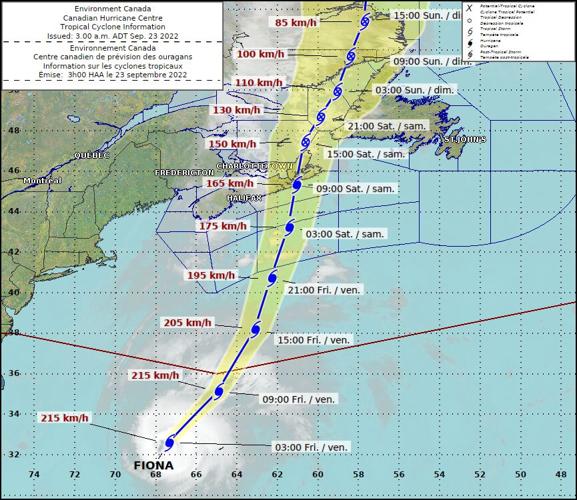 UPDATED TRACK: The forecast track of hurricane Fiona as the powerful storm moves north towards Atlantic Canada. Fiona is expected to transition into a potent extra-tropical low as she moves north into Labrador over the weekend.

UPDATE: Friday, September 23 6:30AM: Powerful hurricane Fiona is racing northward Friday morning at 41km/h, heading towards a landfall with Nova Scotia in the wee hours Saturday morning. The storm was located 1230 km south of Halifax, with 215km/h winds.

Widespread hurricane and tropical storm warnings have been posted for Atlantic Canada and eastern Quebec. In the warning area, expect wind damage, flooding and widespread power outages. Fiona will be transitioning into a strong post-tropical cyclone as the system crosses the Gulf of St Lawrence. The wind field will be expanding along with the severe weather threat. All interests in the region should rush storm preparations to completion today. This is a very dangerous weather event and one of the strongest Atlantic storms to threaten eastern Canada.

Previous Post: Hurricane Fiona continues her northward march in the open waters of the Atlantic on Thursday morning, located 780km southwest of Bermuda and 2010km south southwest of Halifax. A hurricane warning is in effect for Bermuda, with the system expected to brush the island later today. Fiona has already produced significant damage and power outages in Puerto Rico, the Dominican Republic and the Turks and Caicos. The entire power grid collapsed in Puerto Rico, with over 300mm of rain producing catastrophic flash flooding, and claiming at least 5 lives.

Our attention will then quickly turn to Atlantic Canada, where significant impacts are expected from Fiona, including but not limited to flash flooding, widespread power outages and structural damage from strong winds. Warnings for portions Atlantic Canada will likely be issued on Thursday. Wind and seas will be increasing rapidly Friday across Atlantic Canada and eastern Quebec ahead of a potential landfall early Saturday morning in Nova Scotia.

Fiona is a category 4 hurricane currently, with 215km/h (130 mph) winds. The storm is moving north, northeast at 20km/h, but is expected to slow down as she turns to the north on Friday. Forecasters believe Fiona will approach Nova Scotia at a rare angle, making a direct impact near Cape Breton before moving into the Gulf of Saint Lawrence. As far a strength goes, while Fiona will be weakening and undergoing transition to an extra tropical low,  she will remain a powerful storm with category two wind speeds expected in excess of 150km/h in gusts. The wind field will also be expanding, impacting a wide region from western Newfoundland to the Gaspe region of Quebec.

Rainfall will be significant with up to 250mm possible in the hardest hit regions. Storm surge flooding will also occur, especially to the east of landfall. Later the flooding will come from the backside of Fiona, impacting the Gulf of Saint Lawrence and eastern Quebec.

This is a preliminary report on the Fiona's Canadian impacts. I will post updates throughout the storm.