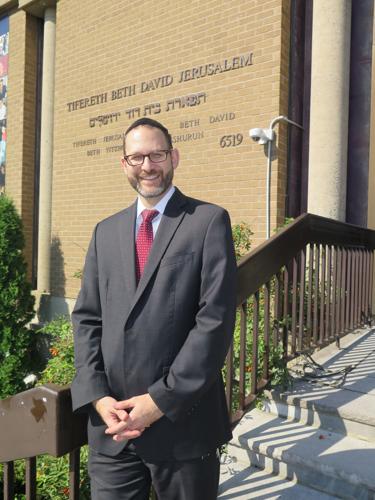 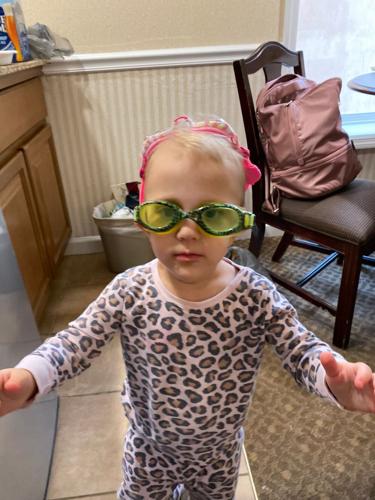 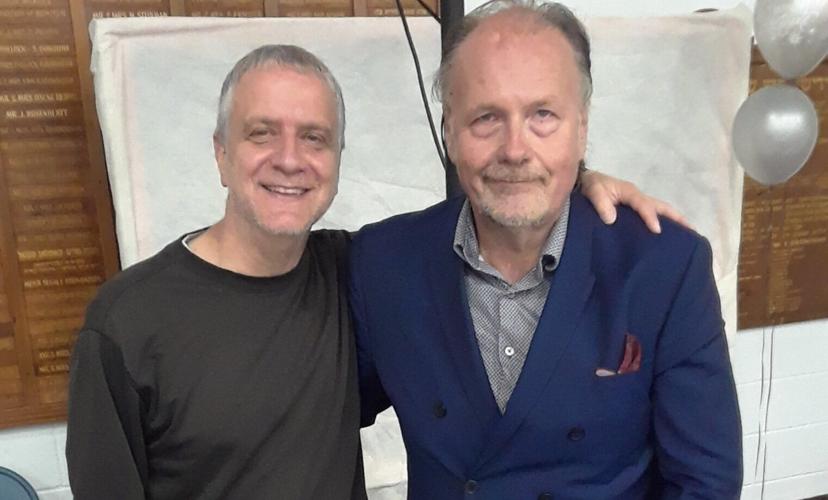 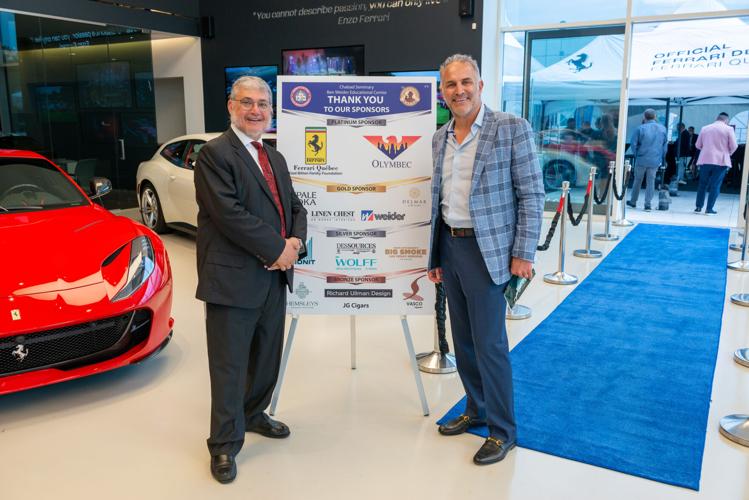 The Ferrari showroom was all decked out for the event. 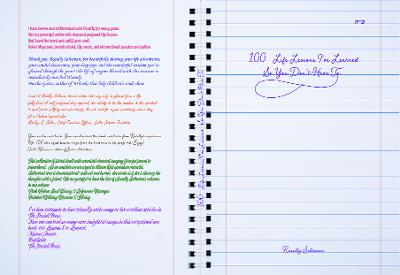 Anyone who has met and gotten to know Rabbi Yechezkel Freundlich in the six years he has been in this city as the spiritual leader of Congregation Tifereth Beth David Jerusalem in Côte Saint-Luc knows what a kind and wonderful person he is. He succeeded an icon of sorts in Rabbi Chaim Steinmetz.

Sadly for us, Rabbi Freundlich will be leaving TBDJ for a new job in New York at the end of the summer. Membership recently gave him and his family an emotional sendoff via a video, a memory book and words of appreciation at successive Shabbos events.

Before Rabbi Freundlich goes, he has something very special to complete. “I was found to be a match for a kidney donation to a recipient in Toronto, whom I do not know,” he announced to the congregation last week. “It is my great privilege to join a growing list of what’s known as 'altruistic living kidney donors' and that I am doing so in memory of Ronnie Hollander.”

Ronnie was only two years old when she died tragically from no known cause on January 13, 2020. Her family are members of TBDJ.

Over four years ago, in December 2018, TBDJ hosted the organization Renewal for a presentation. Renewal is a comprehensive resource for kidney donors and recipients within the Jewish community. They are involved in every aspect of the process, from helping to actually identify matches between donors and recipients to providing emotional and financial support all along the way.

After their presentation that Saturday night, the rabbi joined a small group of congregants who swabbed themselves to add their names to the registry. “The whole process took less than a minute and was soon completely forgotten,” he said. “ I heard nothing from them until some 13 months later, on January 13, 2020. For all of us in the Montreal community, that terrible day will be forever etched in our memory. I remember exactly where I was when I received the call from Paperman’s that I needed to go straight to the hospital. Ronnie, the beautiful, always smiling two-year old daughter of Michael and Dahlia, had suddenly passed away. The next few hours were a blur of misery and tears. No words can describe the pain and devastating loss that Ronnie’s parents, siblings and grandparents went through; we as a community were shattered along with them.

“I returned home empty and numb that afternoon, literally collapsing at the kitchen table. And then my phone rang. It was an unrecognized New York number. In general, I am not quick to pick up those calls, and particularly on that day, as I had no strength. But for some reason, most likely a suspicion that the call was related to the tragedy unfolding, I took the call. It was not related to Ronnie.”

It was in fact someone from is Renewal calling from New York. “You’ve been found to be a life-saving match! Mazel Tov! Are you still interested in being a donor?,” the rabbi was asked.

“You know,” the rabbi said, “it is one thing to swab and enter a registry, but it is something entirely different to actually undergo surgery for a complete stranger. Renewal has no doubt learned from experience that the first question after identifying a match must be: ‘Are you sure you really want to do this?’ I would like to think I would have confirmed regardless, but in that moment, there was no doubt. ‘Yes!’ I cried. And then I literally sobbed uncontrollably.”

“Sir, are you ok?” the woman from Renewal asked. “Usually when a match has been found, the sobs come from the recipients, not the donors.”

“Yes, I’m ok,” the rabbi explained. “This has been a terribly painful day, but I am so honoured to be a donor.”

That was back in January 2020. The rabbi’s personal journey towards donation has been circuitous and filled with delays. In February, he spent a day in a New York hospital being tested, but COVID shut everything down before the process could be completed. By June of 2020, when New York hospitals were beginning to function again, his recipient unfortunately had taken ill and was no longer a candidate for surgery.

Renewal quickly found a different recipient, this time in Toronto. But because the Canadian and American health systems do not align, the rabbi had to undergo the entire testing regimen again, and that took a very long time. It has been almost a two year process, culminating just this past week when he finally got the call that a date has been set.

“I would like to dedicate my kidney donation to the memory of Ronnie z”l, not because in some way her tragic passing brought this about, but because the convergence of the two events has forever further connected me to her, her family, and this community,” said the rabbi.

You can check out the web page https://www.ronniesjoy.org/ to learn more about Ronnie and SUDC. The rabbi said that any donations towards Ronnie’s Joy Foundation or to Renewal (www.renewal.org) in the merit of a successful surgery and quick recovery would be very much appreciated.

A far as logistics go, the surgery will take place in two weeks in Toronto, on Friday, July 8. The rabbi’s wife Rifki will accompany him and he we will spend three days in the hospital after the surgery, followed by another four days of recovery locally in Toronto. If everything looks good at his post-op check up on Thursday, July 15, he will be cleared to return home.

“I will still need some time for recovery and will likely not be back in shul for another week or two,” he said. “Our last Shabbos in Montreal will be Shabbos, August 6and the move to New York will be sometime the following week - after Tisha B'Av on Sunday, August 7.

Does anyone need to say anything more about this rabbi's character?

GOOD LUCK JEFF: After 28 years as a popular teacher at Bialik High School, Jeff Itcush is retiring. “It's kind of special when many of your colleagues are your former students or student teachers,” Itcush shared on Facebook . “Bialik and the staff offered tributes that were far too generous today. It's unique knowing that you've worked in a place for 28 years, where your colleagues have been your friends! Thank you everyone - you're all too kind!”

There was a wonderful mix of sushi, canapés along with a deejay, live music, dancing, a magician, live and silent auctions along with tefillin laying. This kept everyone busy for the night, making a powerful contribution and lively addition to the ongoing Montreal Jewish education scene. “It was heart-warming to see so many people together for such an important cause,” said event coordinators Miriam Ditkofsky and Hanna Cabessa. “Spirits were high and the enthusiasm to bring the young refugee women to Montreal was inspiring. This was our 11th year and we are so happy that the community continues to make the event such fun, bigger and better”

Donations are welcome for the Ukraine Refugee Young Women’s Project at theseminary.ca/donate

SHARING HER LESSONS: A former Montrealer now living in Israel has written a new book, 100 Lessons I've Learned so You Don't Have To. Rosally Saltsman has been living in Israel for almost 40 years. A prolific author (19 books and ebooks to date) and regular contributor to many newspapers and Internet sites, she has compiled her most personal articles into the aforementioned book. Culled from six decades of experience, this book is both humorous and poignant, prosaic and philosophical, personal and a reflection of the human condition. Saltsman gives her own unique take on the weather, travel, spirituality, motherhood, finances, friendship, living in Israel and a host of other topics. Since Saltsman spent her first couple of decades in Montreal, you will recognize many of the locales in the book as she talks about getting lost in the mountains during her high school's ski cay and attempting to attend a performance at Place des Arts with her two-month-old baby in tow. You will enjoy these vignettes and the lessons they teach. To order a copy either in softcover or digital format. Please contact Rosally at rosally_s@yahoo.com.

Have an item for the SJN? E-mail mcohen@thesuburban.com