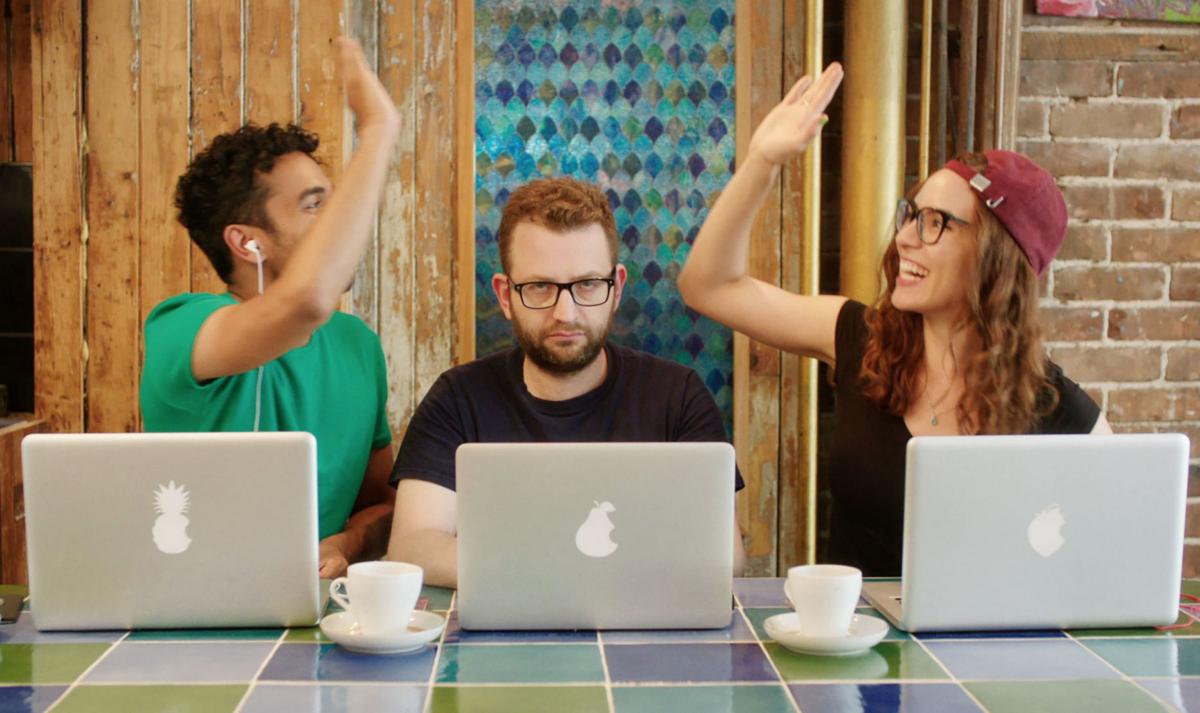 Varun Saranga, Eli Batalion and Amber Goldfarb in a scene from Appiness, which has already garnered a number of indie film awards. 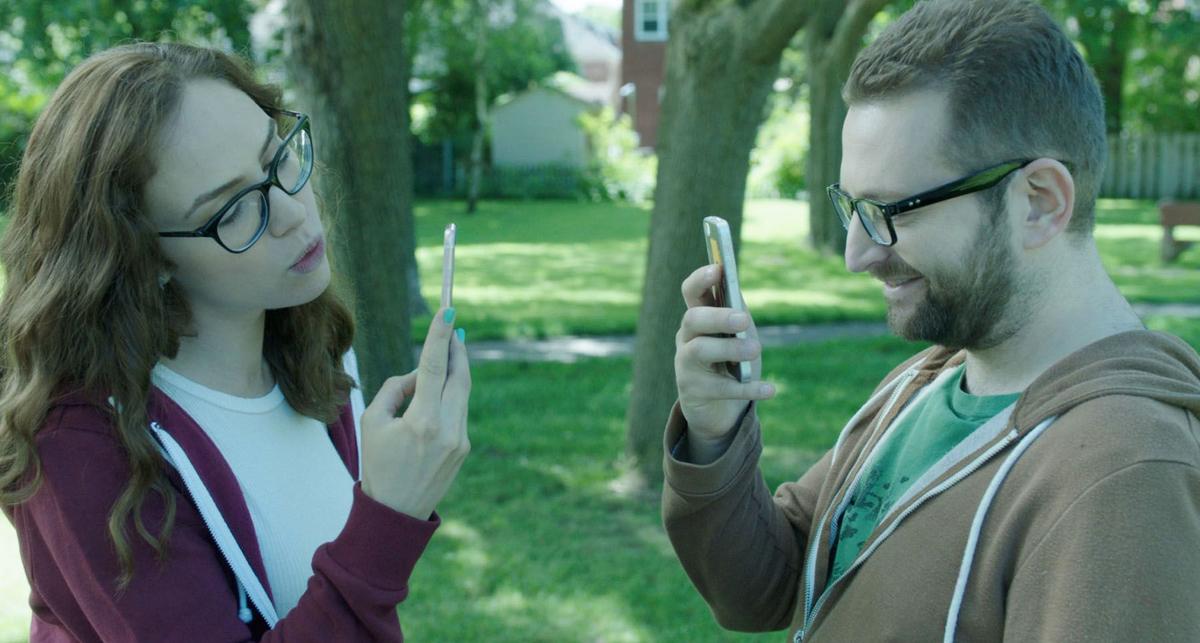 Amber Goldfarb and Eli Battalion, who notes that the entire film was shot in 11 days.

Varun Saranga, Eli Batalion and Amber Goldfarb in a scene from Appiness, which has already garnered a number of indie film awards.

Amber Goldfarb and Eli Battalion, who notes that the entire film was shot in 11 days.

This is a busy month for actor Eli Batalion. He and co-star Jamie Elman have just launched season three of their hit web series YidLife Crisis. And on Thursday, Feb. 21, Batalion’s feature film, Appiness, hits the big screen with its Montreal premiere during the Rendez-vous Québec Cinéma at the Cinémathèque québécoise, (335 de Maisonneuve Blvd. E.).

Appiness has already garnered a number of indie film awards. Batalion is the writer, director and star of this comedy, starring 25 local anglo actors with a topical premise. Batalion’s character, Eric Newman, is just about to turn 30 and is still living at home with his parents. He and his buddy Raj, played by Varun Saranga from TV’s Wynonna Earp, are trying to restart their lives by building the next Facebook.

Eric has lost his job and after drowning his sorrows with a beer at, yes, the iconic Robert Burns Pub on the NDG/Côte Saint-Luc border, he spills some of the suds on his pants. Next door there is a dry cleaner owned by Raj’s family. The two connect and agree to build the next great app. What follows is the duo’s adventure to seek financing and enter an event called the Startup Olympics.

This is a clever concept which will have anyone who appreciates today’s social media connections laughing. Batalion’s Newman is a lot like George Costanza from Seinfeld. Philip Kalin-Hajdu, the executive producer, like Batalion and Elman is a graduate of Bialik High School and the producer of YidLife Crisis .

“We shot this in July 2017, but the idea stems back to 2013,” said Batalion. “I had been working in and around a few tech start-ups around Montreal and I thought it would be interesting and funny to tell their stories, describe their unique lingo, their norms and their priorities, while also describing the different types of colourful characters that you would find in these environments. I came up with a script concept, which ironically came about through a eureka moment at a bar writing on a napkin, which I literally only realize now is the same as when my character Eric Newman has his eureka moment in the film to go for a tech start-up.”

Among the other cast members are Strangers in the Night founder Larry Day, Amber Goldfarb (Bellevue, Helix), Jayne Heitmeyer, comedian Mike Paterson and Kathleen Fee. Batalion notes that the entire film was shot in 11 days.

While Appiness marks Batalion’s writer/director solo feature debut, he recently released a feature documentary with Elman about Montreal Jewish history through food called Chewdaism: A Taste of Jewish Montreal that has played in Vancouver, Miami, Bucharest and will soon come to Montreal.

YidLife Crisis, meanwhile, is back with three more hilarious episodes and at least two more to come featuring Batalion’s Leizer and Elman’s Chaimie – two pals who converse in public in Yiddish. One episode is a take on General Hospital and appropriately called (and filmed at) Jewish General Hospital. “Jamie has been directing all the episodes and expanding the look of what we do,” Batalion says.

For more information and to see the trailer, visit http://www.appiness.me