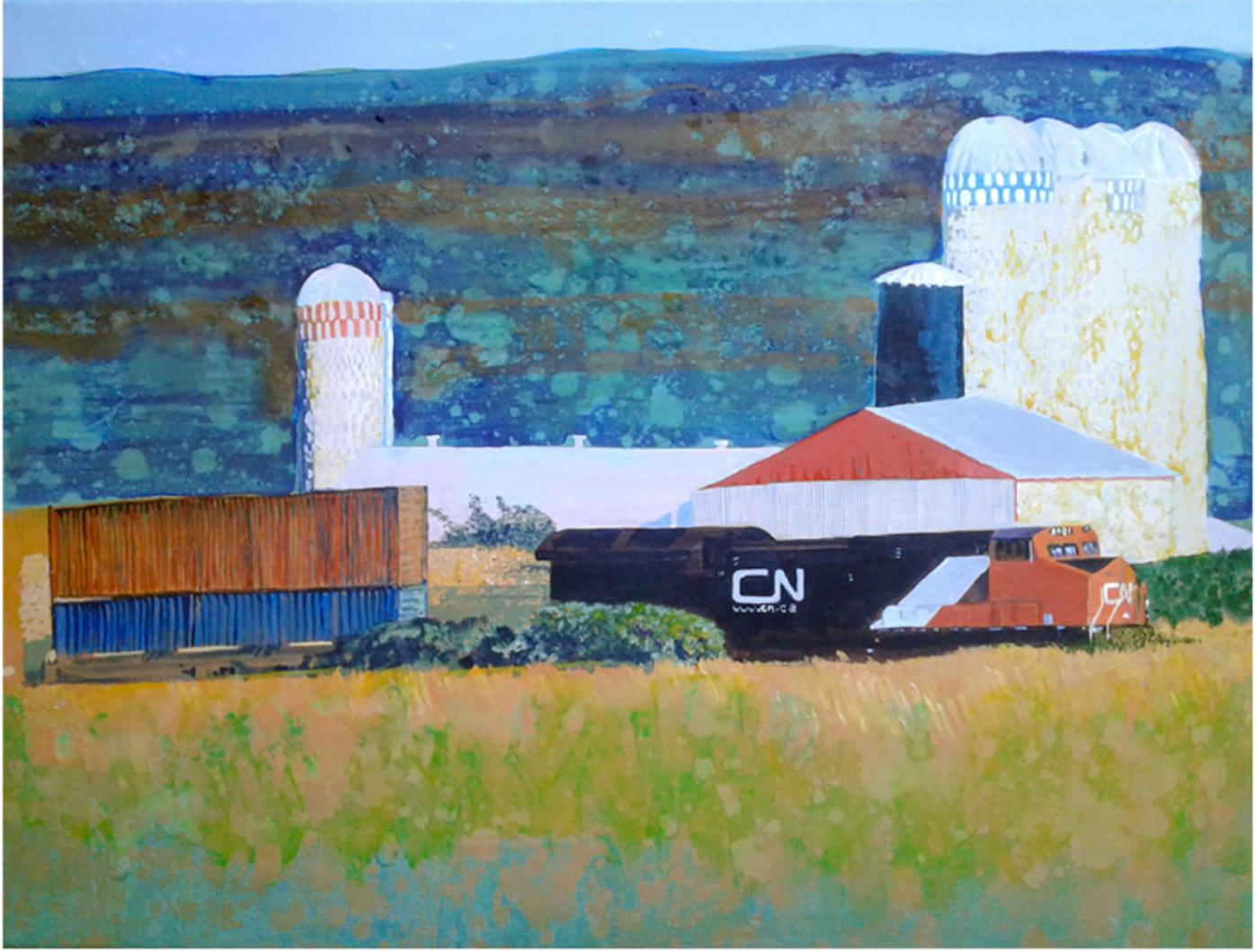 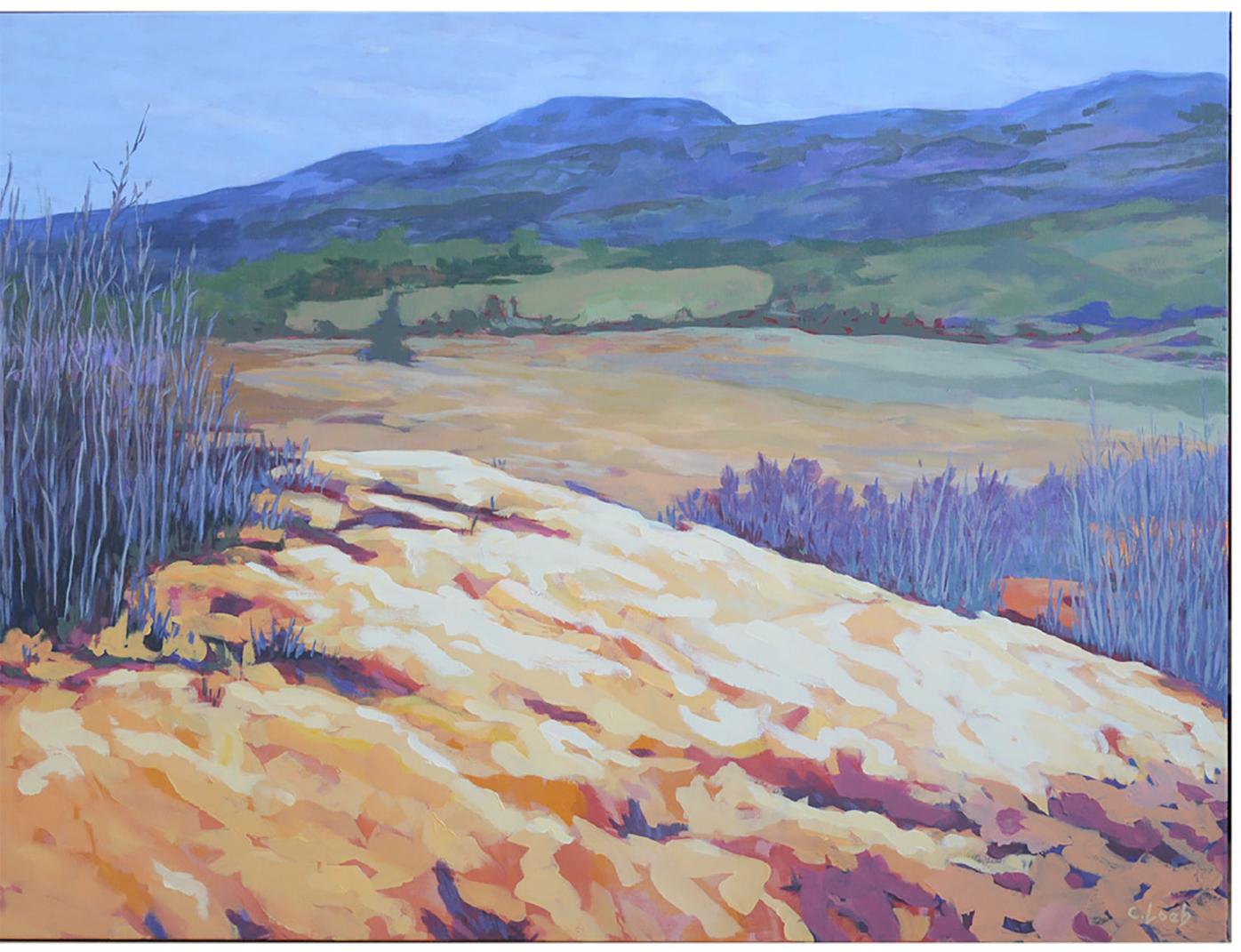 During the 150th year celebrations of Confederation, artists and lifelong friends Carol Loeb and Alison Grapes are traveling along the Trans-Canada Highway from coast to coast from St. John’s to Victoria, stopping every 150 km to find the subject and inspiration for a painting.

The Highway is 7,493 km long, meaning the project will end up with a series of 52 paintings by each artist. Their route will take them through every province from coast to coast, including a side loop through Prince Edward Island. They have already started on this journey in short legs around their home bases of Sydney, Nova Scotia and Montreal, Quebec, with the main trip planned for the summer of 2017.

As of this writing, they have completed 27 paintings from stops in Nova Scotia, New Brunswick, Quebec and Ontario. Some images are of the road itself, some are of the countryside and life along the road, and, as Loeb puts it, “Some have not yet been imagined.”

“The series may include a few grand scenic vistas that Canada is known for, but we’ll focus mainly on the common things we often neglect to acknowledge as worthy subjects for painting,” Loeb continues. “We’ll paint the everyday landscape in all its glorious, mundane character.”

Grapes adds, “This project has reopened my eyes to seeing the parts that make up the whole, whether it is looking down, straight ahead, or upwards.”

The idea for the project came when travelling through rural Quebec on a rainy weekend. During a roadside stop, Loeb challenged herself to find something that could inspire a painting despite the gloomy weather. The resulting work is a close-up of muddy tire tracks filling with water, with the road disappearing around a bend in the distance, which is now on display at the Arta Gallery in Toronto. Inspired to expand this concept into a series of works documenting contemporary Canada at its 150th anniversary along the road that spans and unites the country, she invited Grapes to join in.

“I didn’t have to think twice before accepting the offer,” says Grapes. “The opportunity to create something larger than the two of us is exciting. I am being pushed to see more, to find that nugget of inspiration that sings to me, and to believe that I can communicate my excitement for the inspiration to canvas.”

Loeb and Ms. Grapes have been close friends since they were in elementary school together in Galt (now Cambridge), Ontario, and are now both art teachers. Ms. Loeb is the Senior School Art teacher at Lower Canada College in Montreal, and Ms. Grapes is currently teaching art in the Saskatoon Public School Division, but her permanent home is on Cape Breton Island. As art teachers, they feel strongly that the arts are a vital part of every child’s education and so they will donate a portion of sales from the opening exhibition to programs that help develop the passion and skills of young artists in Canada.

Exhibitions are being planned for the beginning and end of the 150th year of Confederation celebrations in 2017 and 2018. This summer, other artists will be invited to join in this sesquicentennial art project. Their works will be added to the website and will be displayed digitally during the final Trans-Canada 150 x Two Exhibition in 2018. The details for other artists interested in joining the project will be available on the website soon. The website, available in both English and French, is a work in progress and will continue to grow and evolve throughout the duration of this venture.

Loeb was recently named as a Finalist in The Artist’s Magazine 2016 art competition, has a solo exhibition in the United States in January 2017, and is represented by the Arta Gallery in Toronto. Ms. Grapes is a published illustrator of children’s books, a contributing artist to the Post Media Group, a member of the Saskatchewan Arts Educator Association, and is represented by the Coloratura Gallery in Cape Breton.

For more information about the project visit http://transcan150xtwo.weebly.com/ or visit them on Facebook at https://www.facebook.com/transcan150xtwo/