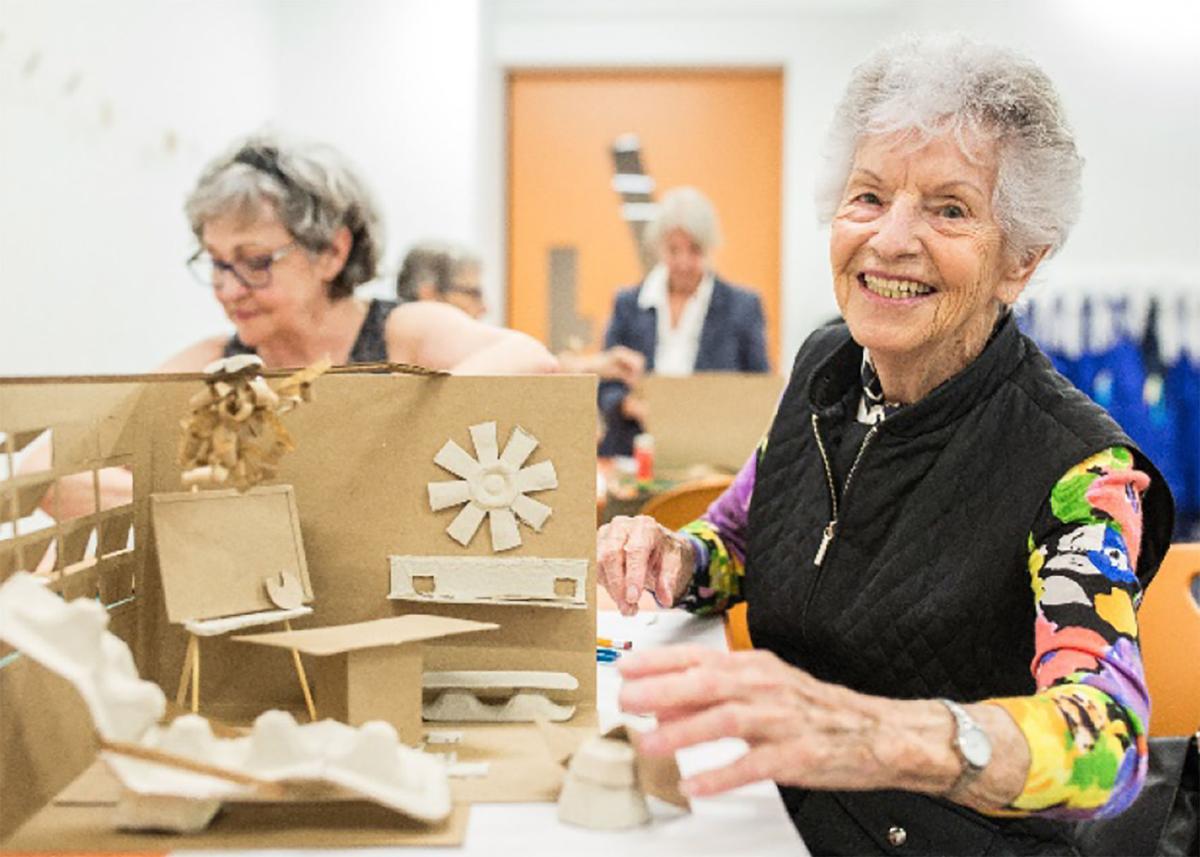 Thursdays at the Montreal Museum of Fine Arts. 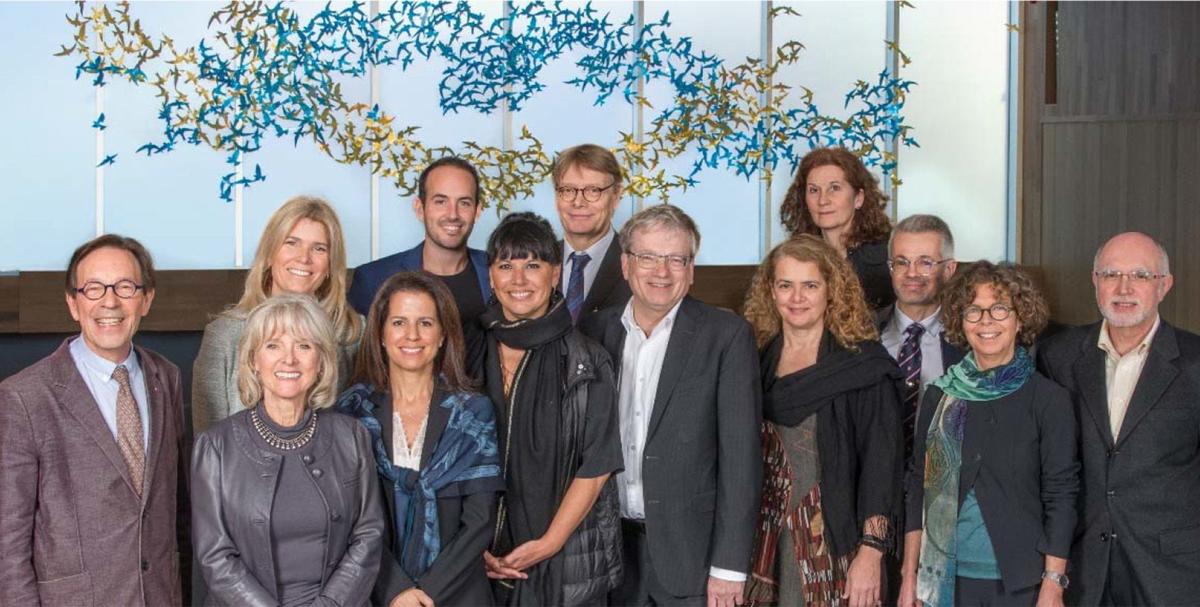 Thursdays at the Montreal Museum of Fine Arts.

The Montreal Museum of Fine Arts (MMFA), the RUIS McGill Centre of Excellence on Longevity, and the Jewish General Hospital recently presented the findings of the A-Health clinical study to assess the effects of participatory cultural mediation activities on the health and quality of life of healthy people aged 65 and over living in the Montreal community.

The study, which was launched in December 2017 under the auspices of the MMFA’s Art and Health Committee, ran for close to a year and involved 150 participants. It served to quantify and qualify changes in the health status of participants in art workshops offered at the MMFA as part of its “Thursdays at the Museum” program, created with support from the MMFA Foundation and Réseau Sélection. The study was co-funded by the Montreal Museum of Fine Arts Foundation, thanks to the support of Mina Drimaropoulos, and the Jewish General Hospital Foundation, thanks to support from the family of Louise and André B. Charron.

The participants’ well-being, quality of life and health status were assessed over two three-month sessions, based on 18 self-administered questionnaires per participant. The observed health benefits surpassed the expectations of those involved in the study. The results show that participation in a cultural mediation activity such as painting or drawing not only improves well-being and quality of life, but also enhances the health of healthy people aged 65 and over living in the community.

Improvement in the above-mentioned factors did not evolve in the same way over the duration of the study (inclusion of participants in three-month sessions). Some of the benefits increased before and after the workshop but were temporary; others proved to be lasting and cumulative from one workshop to the next, over the entire period of inclusion in the study.

Well-being increased after each workshop, and the degree of this improvement remained unchanged during all workshops in the three-month session. In comparison with the beginning of the workshop, each participant’s level of well-being increased by the end of the workshop (WEMWBS – Warwick-Edinburgh Mental Well-Being Scale). However, no cumulative effect was observed and the measure of well-being returned to the same level by the beginning of the next workshop.

On the other hand, quality of life improved gradually but steadily throughout the session (EQ-5D scale).

Health. We demonstrated that the MMFA participatory art-based activity influences the frail condition of participants. Frailty results from an accumulation of deficits caused by the combined action of aging and morbidities, which reduces physiological resources and results in low level adaptation to stressors. After the 3-month inclusion, frail condition of participants significantly decreased: indeed, 27% of mildly frail participants were assessed as vigorous after their inclusion. (CEEXLO Self-Administered Module – CESAM scale levels: severe, moderate, mild frailty and vigorous).

This pilot-project was conducted at the MMFA between December 2017 and September 2018. The study was led by Dr. Olivier Beauchet, Professor of geriatrics at McGill University, holder of the Dr. Joseph Kaufmann Chair in Geriatric Medicine and Director of the Centre of Excellence on Longevity. A total of 150 people aged 65 to 94 took part in this research program, with an average age of 71.6.

“We’re pleased to present the compelling findings of the pilot project spearheaded by Dr. Olivier Beauchet, in partnership with the RUIS McGill Centre of Excellence on Longevity and the Jewish General Hospital. Our Art and Health Committee, which was established in January 2017, is unique in a museum. It is chaired by Rémi Quirion, Quebec’s Chief Scientist and member of our board. Its members include scientists and health experts. It is currently monitoring a dozen clinical research pilot projects – including Dr. Beauchet’s – being conducted in our Michel de la Chenelière International Atelier for Education and Art Therapy. Since 2015, in the context of Quebec’s “grey boom,” the MMFA, with support from our Foundation and Réseau Sélection, has created a number of specific programs, as part of “Thursdays at the Museum,” aimed at people aged 65 and over. I’m convinced that art is good for you. Our interdisciplinary research projects are driven by our co-creative and holistic vision of the arts at the crossroads of science. This study was co-funded by the MMFA Foundation, thanks to support from Mina Drimaropoulos, and the Jewish General Hospital Foundation, with support from the family of Louise and André B. Charron,” said Nathalie Bondil, the Museum’s Director General and Chief Curator.

“The Centre of Excellence on Longevity now wishes to more specifically determine and understand the beneficial effects by adding the assessment of neurophysiological factors (brain connectivity) at the MMFA, as well as transposing the Montreal experience to institutions abroad. In 2019, we are therefore launching a large international study in partnership with more than 10 research institutions paired with museums in Canada and the US, as well as in Switzerland, France, the United Kingdom, Japan, Israel, Australia, Singapore and Taiwan. In the end, we hope many museums will replicate the MMFA’s initiative, because this innovative concept could benefit communities and older people around the world. Museums are now public players in health!” added Dr. Beauchet.

—Centre of Excellence on Longevity — ceexlo.ca