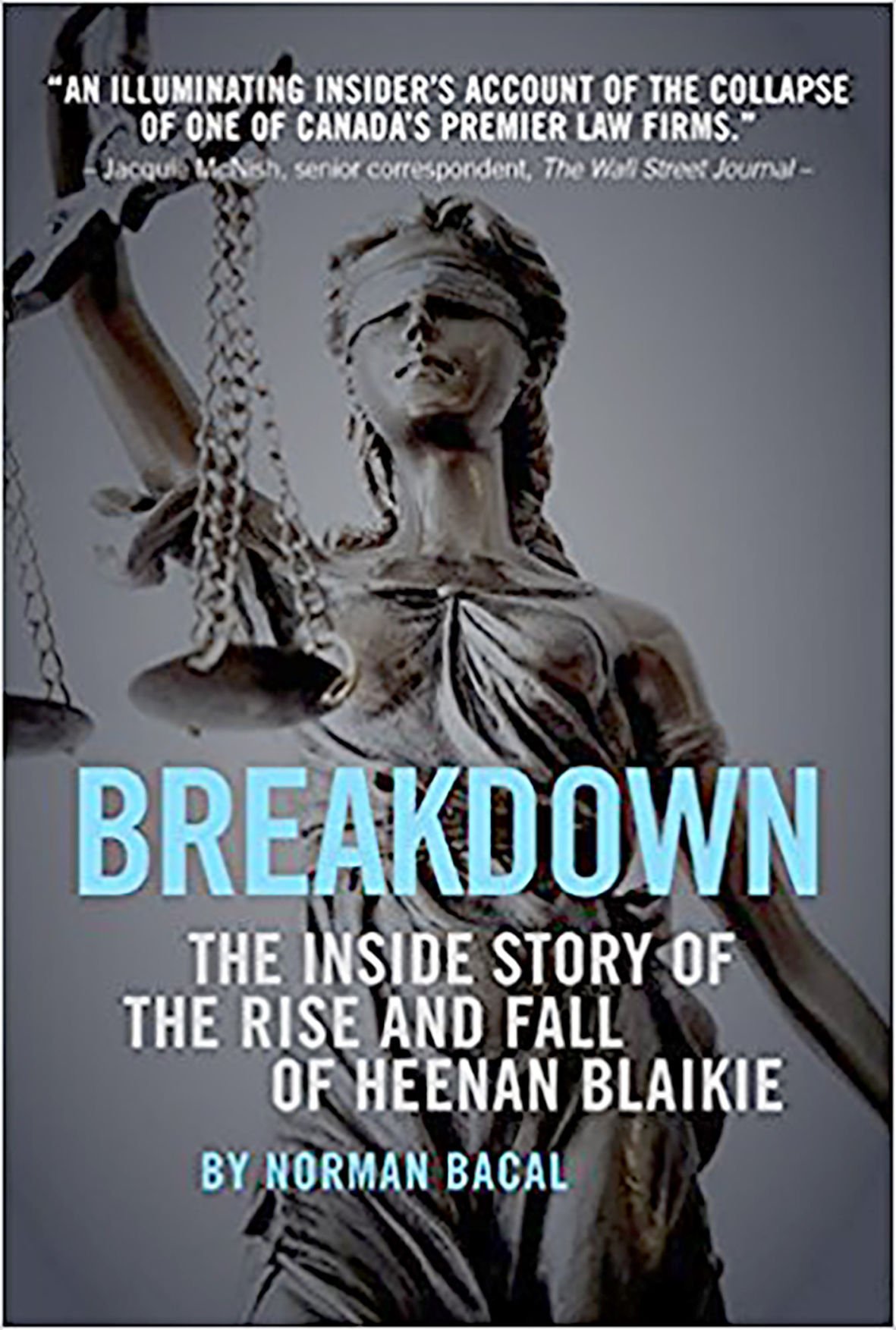 Norman Bacal, a former managing partner, narrates the demise of the 41-year-old company. 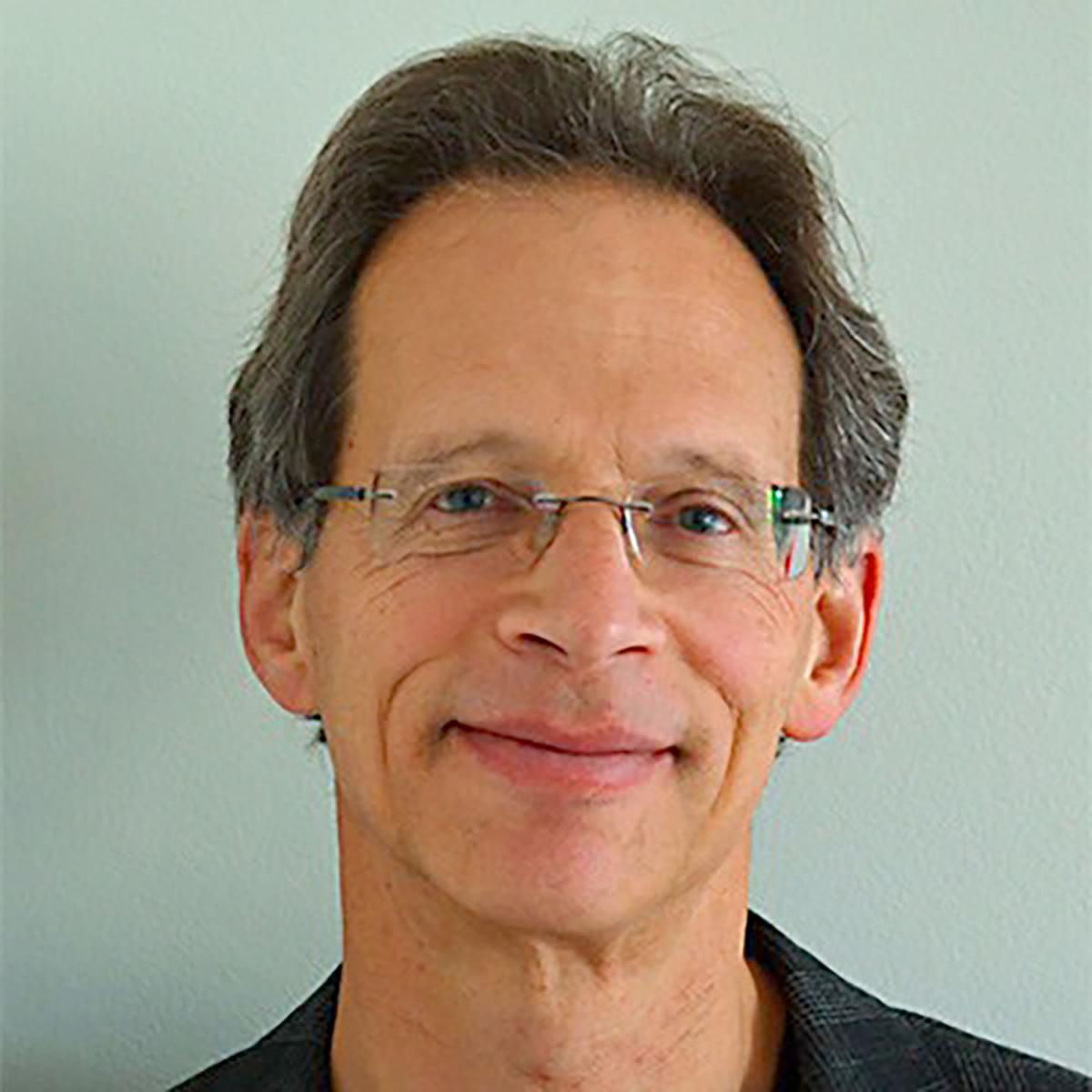 “Everyone hid what was going on inside very well,” said author Norman Bacal.

Norman Bacal, a former managing partner, narrates the demise of the 41-year-old company.

“Everyone hid what was going on inside very well,” said author Norman Bacal.

Most Canadians who felt the squeeze in pocketbooks and pensions when the world economy tanked in 2008 would struggle to sympathize with a few hundred lawyers tightening their belts.

But in Norman Bacal’s new book Breakdown: The Inside Story of the Rise and Fall of Heenan Blaikie, the former managing partner of the storied Montreal firm dovetails global economic malaise with rising ennui among the key players, narrating the demise of the 41-year-old company while putting human faces on the daily minutiae of law firm life.

Debut author, Montreal-born-and-raised Bacal threads his story with colour, humanizing a process many outsiders view as dull with tales anything but phlegmatic; characters with legendary focus so fearful that underlings and associates duck and cover in hallways for fear of being knocked over, while various projectiles vault out office doors as partners vent.

Breakdown details expansion and the special culture installed by founders Peter Blaikie, Roy Heenan and Donald Johnson, as well as the constant reminder that smaller can be better — “if you have fun while doing it.”

At its peak, HB had operations in Montreal, Toronto, Calgary, Paris, Los Angeles and more, with Bacal the unlikely driving force for the westward growth. That was not fathered by some lawyerly expansionist vision, but rather by something familiar to many of his background and generation: Anglo angst.

With the Parti Québécois’ ascendancy and increasingly emboldened nationalist sentiment making its way into the Montreal narrative, Bacal made the decision to leave a province that he felt didn’t embrace his kind. The feeling was born when one-time colleague and mentor, a francophone lawyer of reputation and standing, displayed a hostile view of the Anglo minority concerns Bacal couldn’t abide.

“It was so matter of fact the way he spoke about it,” he told The Suburban. “If a successful, reasonable man like him could feel that way then what was the future here?”

Bacal joined legions of Anglo Montrealers heading down the 401, after he walked into Peter Blaikie’s office and declared he “was going to Toronto.” He did, opening a Toronto office in 1989, leveraging Montreal experience and small-firm Heenan Blaikie culture. “I took values and philosophies from growing up in

Montreal and applied them in Toronto, and recruited in that image, selling the same thing: practice at the highest levels possible but insist that it can still feel like a small firm.”

In 2008, law firms felt what other businesses did from the collapsing world economy. Conventional business budgeting was thrown out the window, along with generations-long traditions of handshake-structured alliances and inherited responsibilities. Companies jettisoned relations with legal representation and entertained bids from competing firms, demanding lower costs and increased services. “While we had to reset our colleagues’ expectations, our clients were resetting ours.”

Bacal repeats the effective bank run analogy: whether your cash is safe or not, if enough folks think it isn’t, most will empty their accounts. So went the partnership, skittish top-tier and panicked mid-level partners questioning their futures as all eyes turned to dwindling capital investments.

There was not one major event dictating the implosion but a combination of relations with clients conducting sketchy international deals, differing Montreal and Toronto visions, and discord amongst partners and management in the shadow of a recent global economic downturn.

“It’s all about trust,” says Bacal. “We are in the business of selling service, our inventory was our people. And that inventory walked out the door every night.

A firm must make sure ‘inventory’ walks back in each morning, but instead was reduced to a shell of its former self, up until what he calls the 11th hour, scrambling to keep it all together. “It’s very hard to rebuild trust once people begin to lose it. That’s the moral of the story.”

The legal world was shocked by HB’s rapid demise. “Clients and contacts were shocked. Everyone said ‘We had no idea’.” Even existing clients with whom HB were in the middle of a deal, couldn’t grasp it since there were no outside indicators. “Everyone hid what was going on inside very well.”

Bacal recalls the doomed efforts to salvage big deals while teetering on the brink. “We were bidding on major deals, and if we held on a little longer we would’ve gotten them all. If we just held on, we could’ve turned the corner.”

But the deals went out the door…with the lawyers.

Breakdown is not about settling accounts. “It’s not about naming names but about telling students and young professionals who are developing their careers about management, about growth, from being an introverted tax nerd to a leader of a dynamic organization. It’s not only my story, but potentially anybody’s story. In other words, you can’t possibly imagine it today, but this could be you.”

And so in February 2014, the once-little firm that pioneered — thanks to Bacal — the tax credit structures that opened up the Canadian film industry to local and international investment; that once boasted almost 1,100 employees with two prime ministers and a premier on its payroll; closed its doors as dozens of partners lost their investments and hundreds of staffers lost their livelihoods.

It was a perfect storm that a large firm with a small firm’s heart couldn’t navigate, and as foreword author Jonathan Kay calls it: “…the kind of disaster one can expect when rapidly growing companies, in any field, fail to get ahead of that curve.”

Breakdown is published by Barlow Books