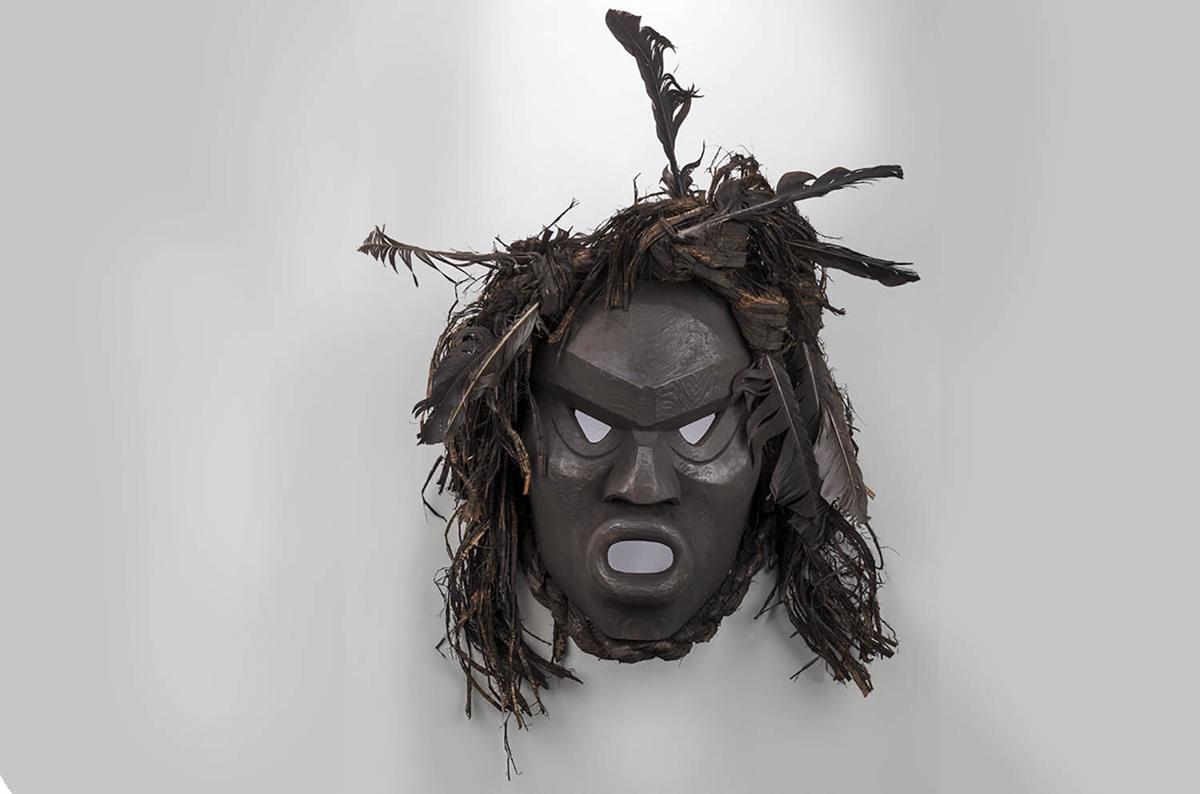 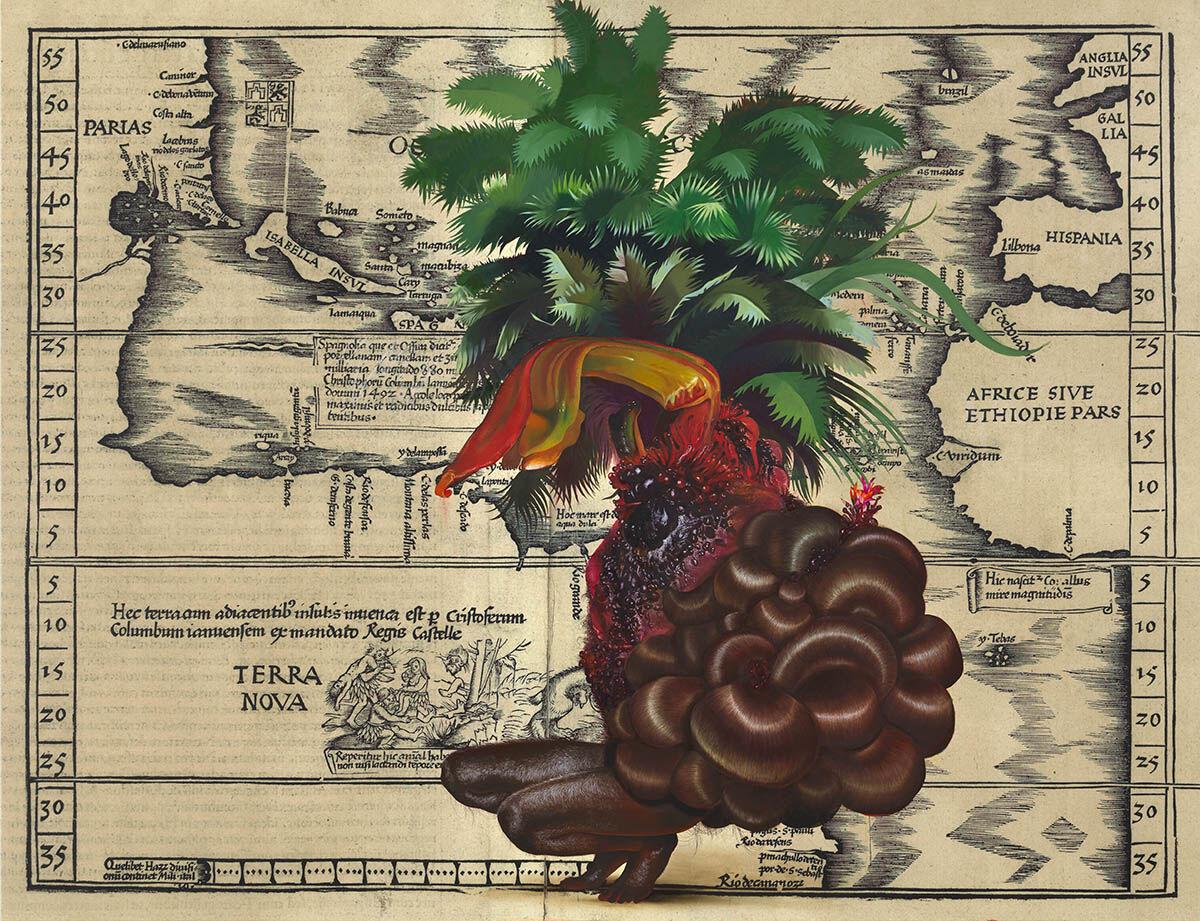 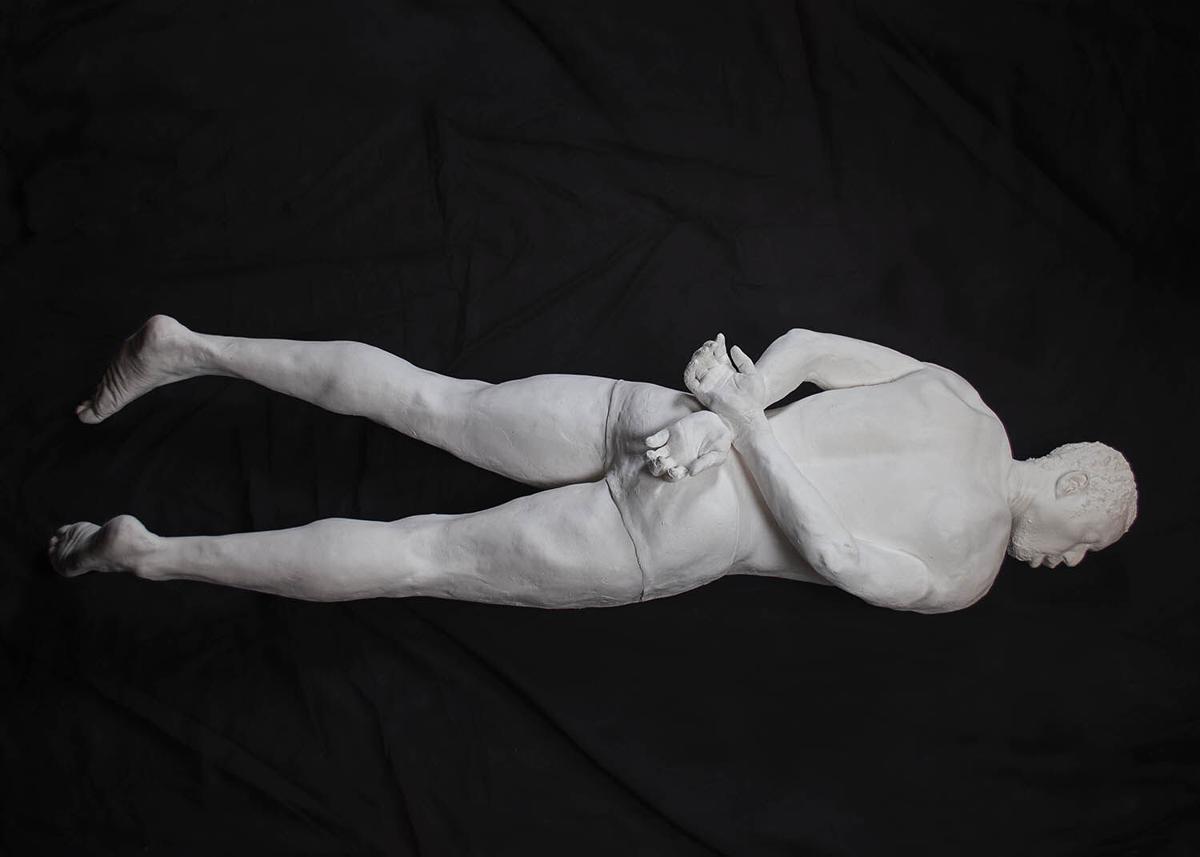 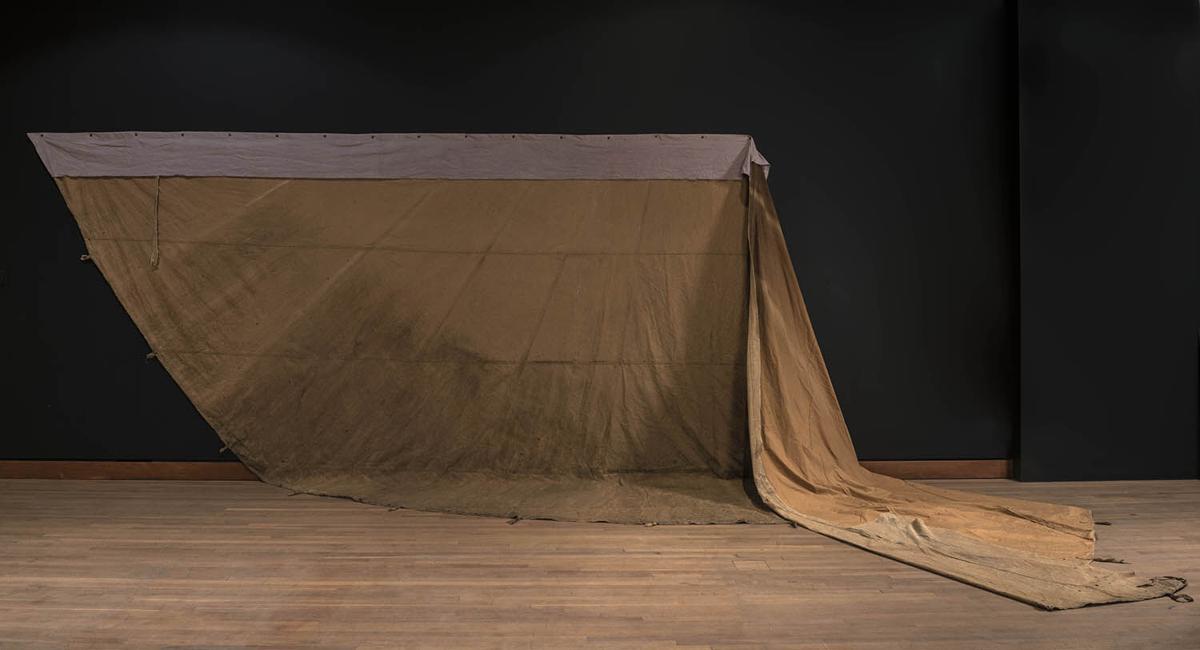 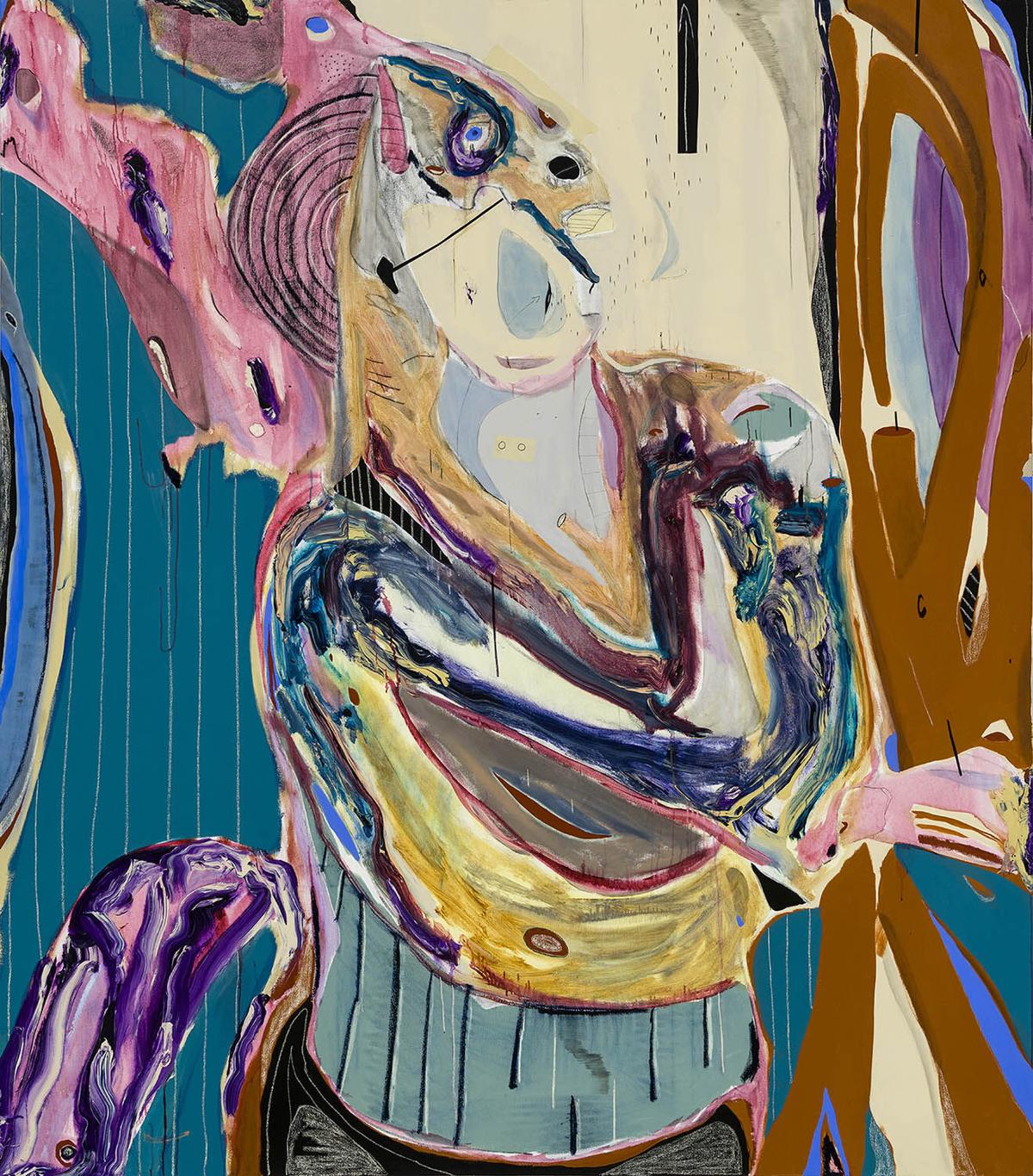 During this season of gratitude and celebration, the Montreal Museum of Fine Arts (MMFA) would like to highlight recent donations that have enhanced and diversified the artistic representation of its encyclopedic collection. In a spirit of togetherness and intercultural commitment, the MMFA is continuing to diversify the voices and viewpoints of its collection through contemporary works that echo the global world.

The collection now includes works by Firelei Báez, a New York-based Dominican-American artist (the MMFA is the first Canadian institution to acquire one of her works);

Born in 1981 in the Dominican Republic, Firelei Báez immigrated to the United States with her family at the age of 8. In her creations, Báez explores the relationship between the experiences of diaspora populations, their traditional imagery, and colonial history. Many of her works blur boundaries between space and time, with colourful creatures from Dominican folklore superimposed onto discovered historical documents. As a result, the artist reappropriates these historical objects and incorporates these mythical figures, or symbols of resistance, straight into territorial colonial representations, as exemplified in the painting Untitled (Terra Nova) (2020).

Kwakwaka’wakw artist and chief Beau Dick (1955-2017) was a native of British Columbia. One of the most talented sculptors of his generation, Dick was also a hereditary chief of his nation and a political activist who was committed to Indigenous sovereignty and environmental protection. He was an active participant in various Kwakwaka’wakw ceremonies and mastered the language and customs of ceremonial dance masks. Ghost (2012) exemplifies the type of masks worn during winter ceremonies to represent the souls of the dead in the world of the living. This piece shows the vital creativity with which Beau Dick kept his nation’s sculptural tradition alive. The public can view this work in the exhibition Riopelle: The Call of Northern Landscapes and Indigenous Cultures.

The Museum warmly thanks W. Bruce C. Bailey for donating this work.

Yes, We Love You by Stanley Février

Born in Port-au-Prince in 1976, Stanley Février explores institutional criticisms, identity issues, violence, and violence-based inequality. Political and engaged, his works also draw inspiration from power struggles in an era of globalization while addressing more personal questions, such as our relationship to ourselves and others. The striking Yes, We Love You (2020) denounces the lack of accountability and consequences of institutionalized violence. It depicts the death of African-American George Floyd during his arrest by white police officer Derek Chauvin in Minneapolis on May 25, 2020. In this self-portrait, Février has sculpted himself in the same position that Floyd was held in during his arrest.

Born in Ontario in 1976, artist Duane Linklater is a Cree artist from the Omaskêko Ininiwak Nation. His artistic approach explores the physical and theoretical structures of museums in relation to the current and historical conditions of Indigenous peoples and the ties that bind them to their utilitarian and sacred objects. He explores his art through multiple media, such as sculpture, photography, film, video, installation pieces, writing and performance art. un cadeau de Doreen (2016-2019) consists of a teepee canvas that belonged to Doreen, the artist’s neighbour. A storm destroyed the teepee, and Doreen asked

Linklater to help her collect the canvas, which she then generously offered to the artist. Linklater displays this offering here to represent an “unmediated” exchange between Indigenous peoples. This piece is the first of this artist’s works to be included in the MMFA’s collection. The public can admire it in the exhibition Riopelle: The Call of Northern Landscapes and Indigenous Cultures.

The Redemption by Manuel Mathieu

Manuel Mathieu, who was born in Haiti in 1986 and now lives in Montreal, is currently presenting his first solo museum exhibition in the Americas at the MMFA. At times abstract, at times figurative, Mathieu’s paintings are energetic, fluid, and carnal. His work posits a conceptual stance in which ideas and issues are encoded within a diversity of signs. His works explore themes of historical violence, erasure, and the physicality of Haitian visual culture, nature and symbolism. His painting The Redemption (2020) refers to a spiritual abandonment felt by the young painted woman. The public can view this work in the exhibition Manuel Mathieu: Survivance.

The MMFA warmly thanks the artist for donating this work.