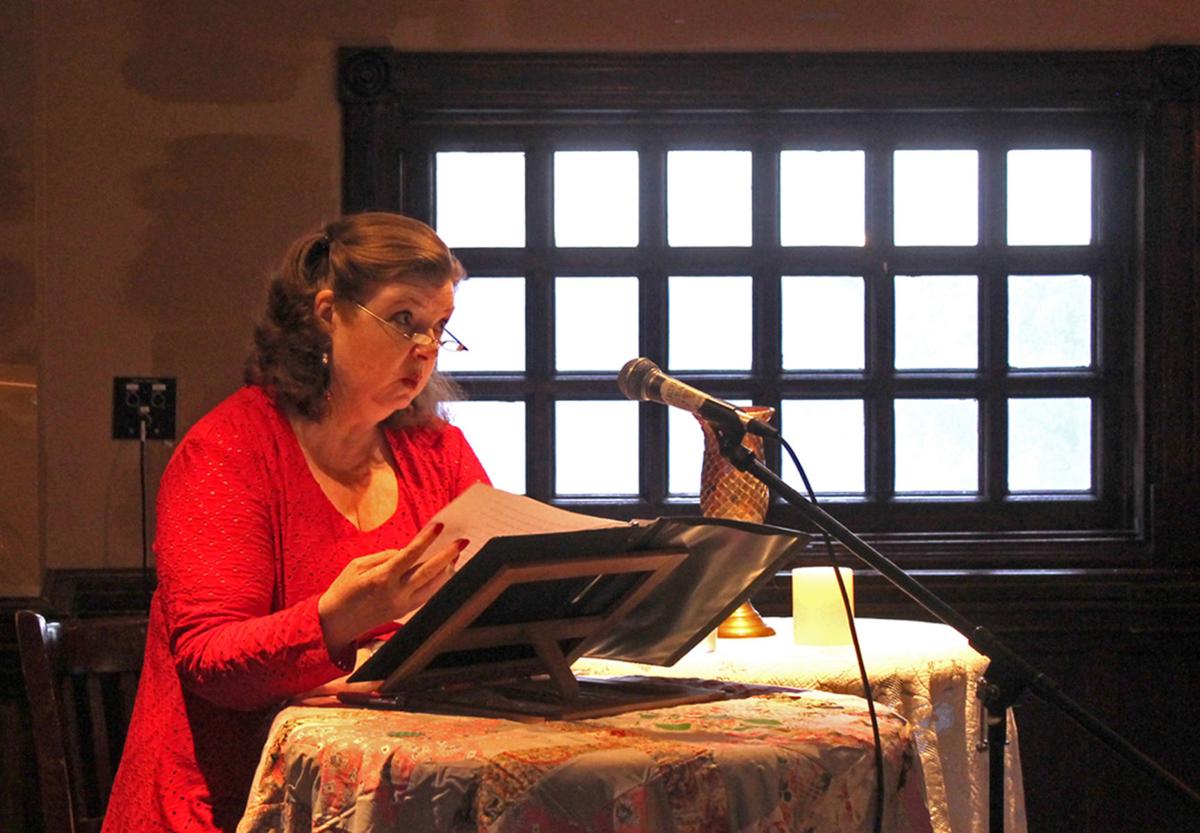 Kathleen Fee as Molly Bloom at the Irish Embassy Pub. 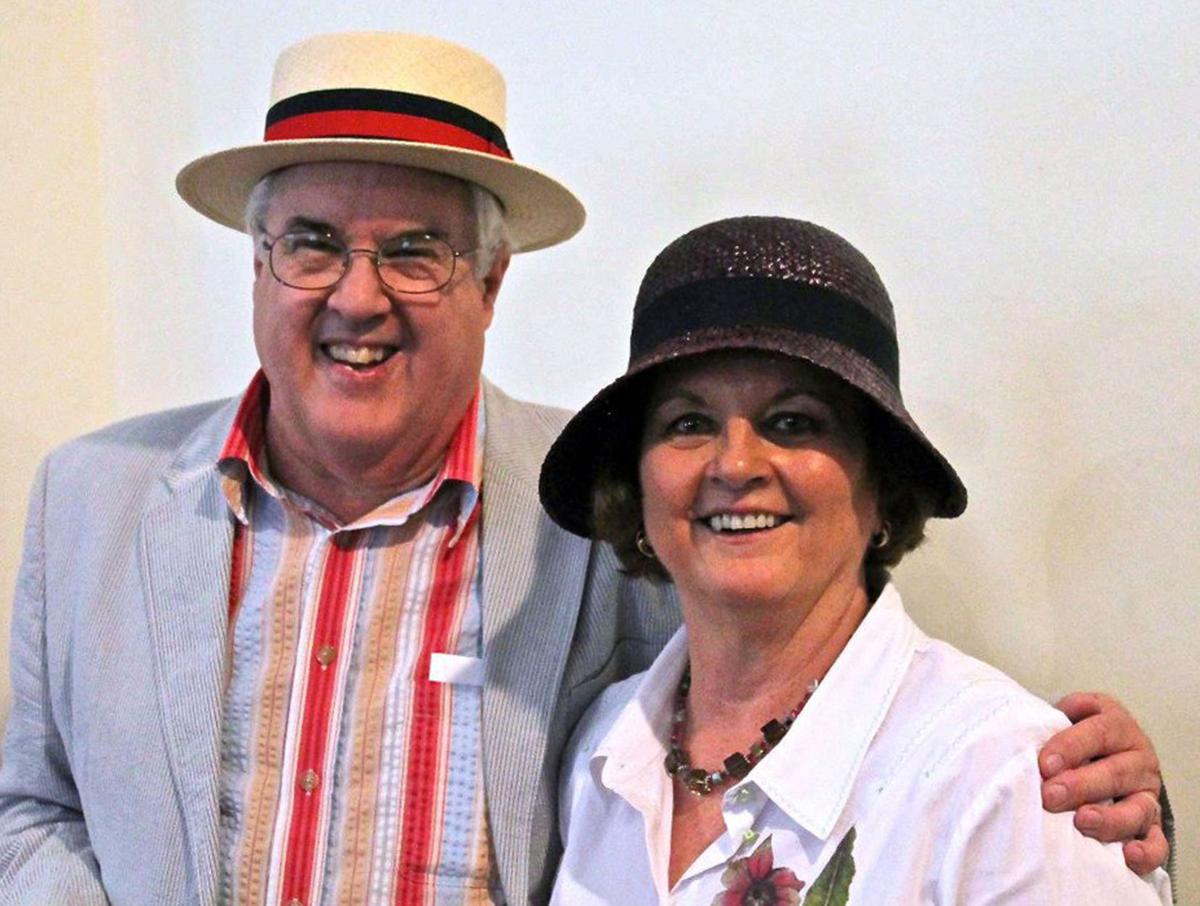 Kathleen Fee as Molly Bloom at the Irish Embassy Pub.

Forty percent of Quebecers have some Irish ancestry and this lively festival boosts local pride along with building awareness of diverse cultures and identities. Bloomsday Montreal founders Dave and Judith Schurman invite all Montrealers to this five day Irish cultural event filled with performances, literature, walking tours and camaraderie starting on June 12 and leading up to Bloomsday on June 16, when local media personalities, actors and Joyce enthusiasts read selections from Ulysses, followed by a closing lecture and reception at the end of the day. Festivities take place around the city and include many free events.

Bloomsday Montreal co-founder Dave Schurman, intrigued by difficult, controversial and ambiguous literature, began reading Ulysses 1964. He has dipped in on and off ever since. He explains, “There’s no need to always read it cover to cover; the novel can be sampled with relish by opening pages at random! New insight is gained every time. Once you really know this master work you never tire of it; you are always rewarded with delightful and amusing passages.”

Schurman also enjoys the numerous fun activities that show the importance of Irish Montreal in a non-St. Patrick’s Day setting, but adds, “I hope people are also inspired to read or reread Ulysses, which has a rather undeserved reputation for being ‘impossible’.”

To that end, Sylvie Hill offers the workshop ‘Ulysses, sorted’, a how-to approach to demystify and celebrate the novel, for beginners or those who've given up. Passionate about the novel, Hill promises people “an intelligent, non-stuffy and approachable examination of a wonderfully complex and exciting book.”

For co-founder Judith Schurman, it’s important for her and Dave to choose events and venues of interest to everyone, “On the first day, June 12, the Festival starts off with a walking tour of Irish Montreal (one in English and one in French). Then there’s the Bloomsday Brunch by Irish-born chef Peter Saunders at EVOO, and at happy hour people meet at the Irish Embassy Pub where Kathleen Fee’s performance of the Molly Bloom soliloquy from the last chapter of Ulysses has become a ‘must see’. The evening closes with a pub quiz.” “How’s that for variety?” she adds. Mrs. Schurman also looks forward to the lectures and Q & A sessions that various professors offer, “This year we are pleased to have visiting UBC professor Derek Gladwin chairing the panel talk ‘Mistakes are the Portals of Discovery’, and Concordia’s Andre Furlani’s lecture ‘From Bloomsday to Happy Days: Samuel Beckett re-imagines Molly Bloom’.” The Schurmans, practically finishing each other’s sentences, both agree on Ulysses’ universal themes: “It’s about love, betrayal, forgiveness, nationalism, compromise, memory and music. But at its core, it’s about a man and a woman, living in a city, asking lots of questions and remembering the past. Basically, it’s how we all make it through the day.”

Other highlights of the five-day program:

Kathleen Fee, Montreal actor and voice artist, has been reading and singing the songs from the final section of Ulysses since the beginning of the Festival, “This is Leopold Bloom’s wife Molly’s raunchy reverie. It’s basically one long sentence without any punctuation, so is quite the task for a reader. Every year I offer different sections, but always include the last 6 minutes, ending with the famous line: ‘yes i said yes i will yes’. When you’re relaxed and being read to, your mind operates on numerous levels; the words and ideas trigger memories, sensations, regrets, hopes and comparisons. I also like that people are surprised by the humour and the sexuality in the piece.” For Furlani, the Festival conjures up Ulysses’ immense power with corresponding “glee, panache and bravado. This is precisely the spirit in which Joyce had hoped the work would be celebrated and understood.”

The commemorative Festival culminates on Bloomsday, June 16, with two outstanding events. Some of Montreal’s valued personalities will take part in dramatic readings from Ulysses at the Westmount Public Library. These include, from the Montreal Gazette, theatre critic Jim Burke and former books and theatre critic Pat Donnelly, and columnists Mark Abley and Peggy Curran; playwright and actor Colleen Curran; and Centaur Theatre Artistic Director Roy Surrette.

The grand closing event of the Festival features NYU’s Abby Bender, author of Israelites in Erin: Exodus, Revolution, and the Irish Revival with An epic of two races: Jewish and Irish memory in Joyce's Ulysses at the Jewish Public Library. The lecture will be followed by a reception. For Bender, the topic of Exodus couldn’t be more current in today’s political climate, “Joyce’s Leopold Bloom suggests that Exodus is a story not only of freedom and celebration, but of the restrictions imposed by identities.”

Also noteworthy is: The Bloody Irish!, a unique opportunity to see this film of the musical about the Easter Rising, at Cinema du Parc; Stories Told and Sung featuring the grand old songs by singer Kathleen McAuliffe and stories by Margaret Nicolai and Jan Gregory, at the Atwater Library; a group reading and lively discussion of Finnegan’s Wake- Joyce’s last book; and Pub of the Day musical gatherings.

For further information and updates, as well as to purchase tickets and register online, by phone or in person: www.bloomsdaymontreal.com or Tel.: 438-969-3300 Many events fill up quickly.