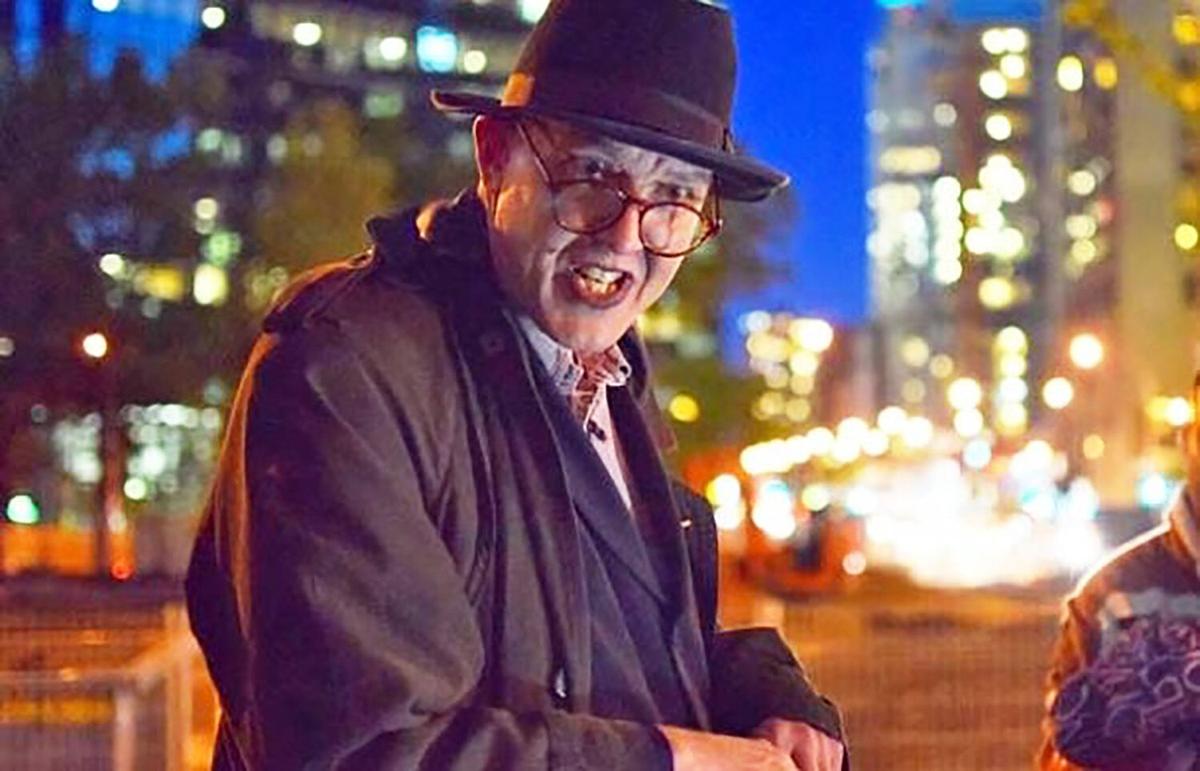 Thanks to relaxing public health restrictions, the annual Irish-themed guided walk returns (for up to 25 people) with historian Donovan King. 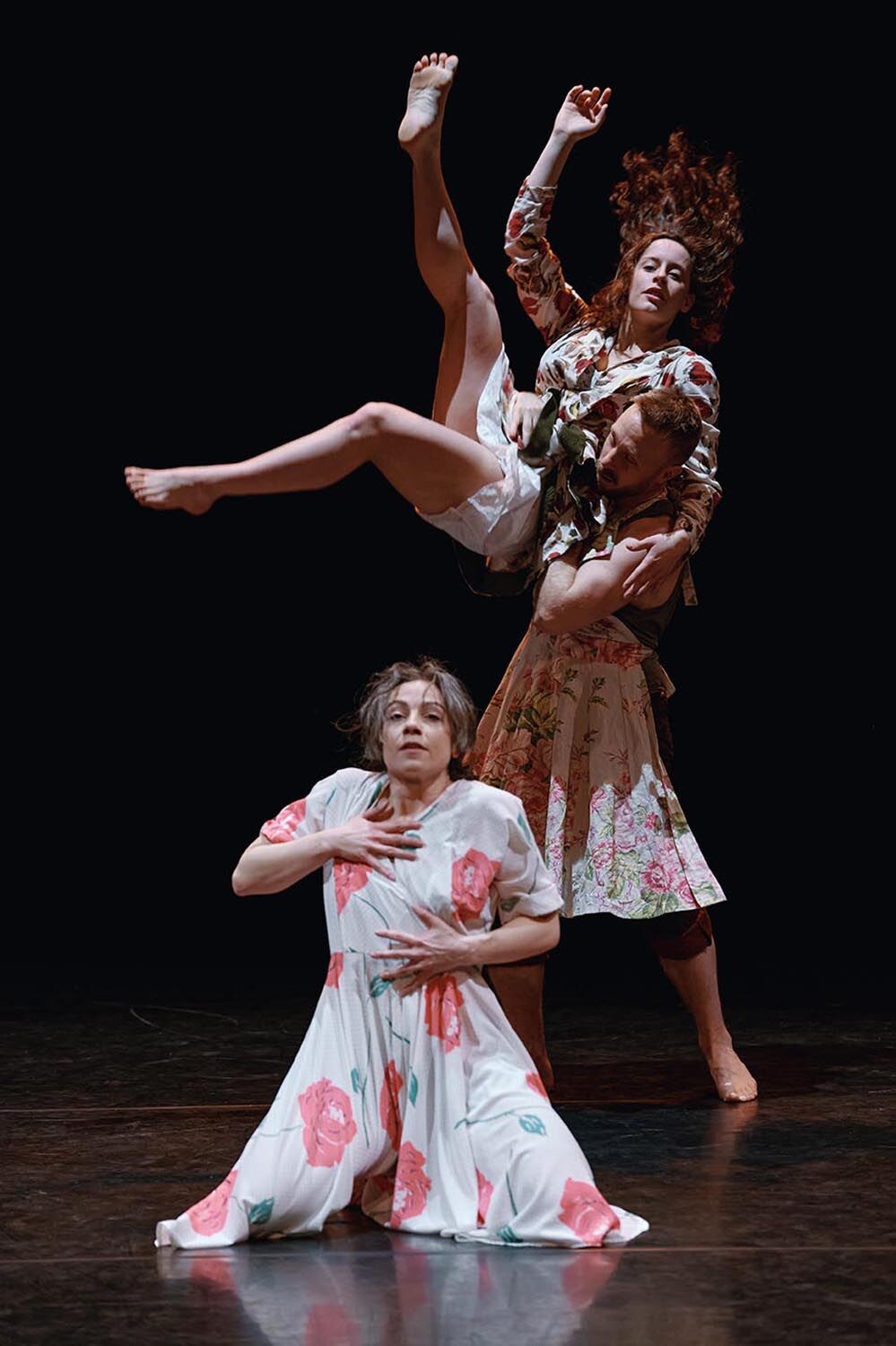 One of the highlights for this 10th anniversary year is internationally acclaimed dance artist Margie Gillis, who will inaugurate the celebrations by presenting The Whole Bloomin’ Thing, a video of a work-in-progress built on Molly Bloom’s reverie from Ulysses.

Festival Bloomsday Montréal — the largest Bloomsday Festival outside Dublin with events spread over five days — for the second year in a row has moved online. Forty percent of Quebecers have some Irish ancestry and this eclectic festival boosts local pride along with building awareness of diverse cultures and identities.

Celebrated worldwide, Bloomsday is June 16 , the day in 1904 when main character Leopold Bloom took his walk around Dublin as depicted in James Joyce’s masterpiece, the novel Ulysses.

This year, Festival Bloomsday Montréal president Kevin Wright invite Montrealers and people from around the world to this online Irish culture fest filled with performances, literature, cuisine, discussions and art, starting on June 12 and leading up to Bloomsday, June 16, when local actors and Joyce enthusiasts read selections from Ulysses. With the exception of the popular Sunday morning walking tour, which is the only in- person event, all events are free.

One of the highlights for this 10th anniversary year is internationally acclaimed dance artist Margie Gillis, who will inaugurate the celebrations by presenting The Whole Bloomin’ Thing, a video of a work-in-progress built on Molly Bloom’s reverie from Ulysses.

“The flow of the spoken word is such an inspiration,” Gillis explains. “I created a solo work to Siobhan McKenna’s luscious reading and have performed it around the world. I’m now developing an ensemble work to include the characters of Leopold Bloom and Stephen Dedalus that explores the merging and overlapping of the masculine and feminine consciousness. I was so happy to learn there’s a Bloomsday Festival right here in Montreal.”

After the performance there will be an open Q&A moderated by award-winning broadcaster, Dennis Trudeau, who also hosts two other events.

Festival Bloomsday Montreal’s theme for this milestone year is ‘origins’.

“It’s our 10th anniversary so we wanted to up the ante,” says Artistic Director, Kathleen Fee. “We kicked off 2021 in January with a dramatic reading of The Midnight Court, a sexy, satirical Irish poem from the 1700s whose explicit carnality predates Joyce’s bold descriptions of bodies doing what they do by more than a century. Over 300 separate devices connected to our live online presentation from as far away as Australia and we hope to attract an even larger audience in June.”

Wright acknowledges that Gillis’ participation is a dream come true. “It’s a testament to the vision of Festival co-founder Judith Schurman, whose sudden death a few months ago has left us heartbroken. Not only was Judith a superb manager, she knew how to bring out the best in artists who shared the Bloomsday spirit. We’re dedicating this whole season to her memory.” Her grieving husband Dave still recalls being bitten by the Ulysses bug back in 1964. He explains, “There’s no need to always read it cover to cover; the novel can be sampled with relish by opening pages at random! You are always rewarded with delightful and amusing passages.”

Jam-packed events for the five-day program

Events this year include a variety concert featuring songs and readings both high- and low-brow on a Joycean theme; a dip into artist, writer and former journalist, Anne Lewis’s memoir of Montreal cultural icon Leonard Cohen (to be published by Simon and Schuster in 2023); a cooking class for Irish soda bread by Jonathan Cheung from Appetite for Books; a prestigious international panel of Joyceans including Professor John McCourt of Università di Macerata in Italy and Spanish translator of both Ulysses and Finnegans Wake, Marcelo Zabaloy of Argentina; and thanks to relaxing public health restrictions, the annual Irish-themed guided walk returns (for up to 25 people) with historian Donovan King.

This year’s focus is Postcolonial Old Montreal: An Irish Perspective. For those who prefer to stay home, King will briefly zoom live from Place d’Armes, after which the festival will screen a pre-recorded virtual walk.

Concert performers include singers Geraldina Mendez, Kathleen McAuliffe and Johanne Patry. The Festival will highlight two Canadian novels driven by the Potato Famine, one of the great tragedies of the 19th century, and the massive immigration it launched. Martina Branigan will read from her translation of Fanette, an affecting Québecois novel of a young Irish Famine orphan finding her feet in New France, and Peter Behrens from his gritty Governor General’s Award-winning first novel, The Law of Dreams with its harrowing depiction of life aboard the coffin ships.

As always, Bloomsday itself, June 16, is dedicated to readings from the famous novel. Banned and celebrated for its sex and anticlericalism, shunned and cherished for its stylistic complexity, the book is best savoured by hearing it read aloud.

For the occasion, Wright has cherry-picked some of his favourite passages. Readers include stalwarts Clive Brewer and Pat Machin, and Fee, who brings the Festival full circle back to Molly Bloom. An actor and voice artist, Fee has been reading from the final section of Ulysses since the beginning of the Festival.

This last, challenging chapter is a drowsy, blousy reverie of yearning, regret and ultimately, acceptance. As beloved Festival founders Judith and Dave Schurman described it many years ago: “James Joyce’s Ulysses is about love, betrayal, forgiveness, nationalism, otherness, compromise, memory and music. But at its core, it’s about a man and a woman, living in a city, asking lots of questions and remembering the past. Basically, it’s how we all make it through the day.”

For further information and updates, as well as to purchase tickets and register online: bloomsdaymontreal.com/2021-events or Tel.: 438 969-2528. Many events fill up quickly!