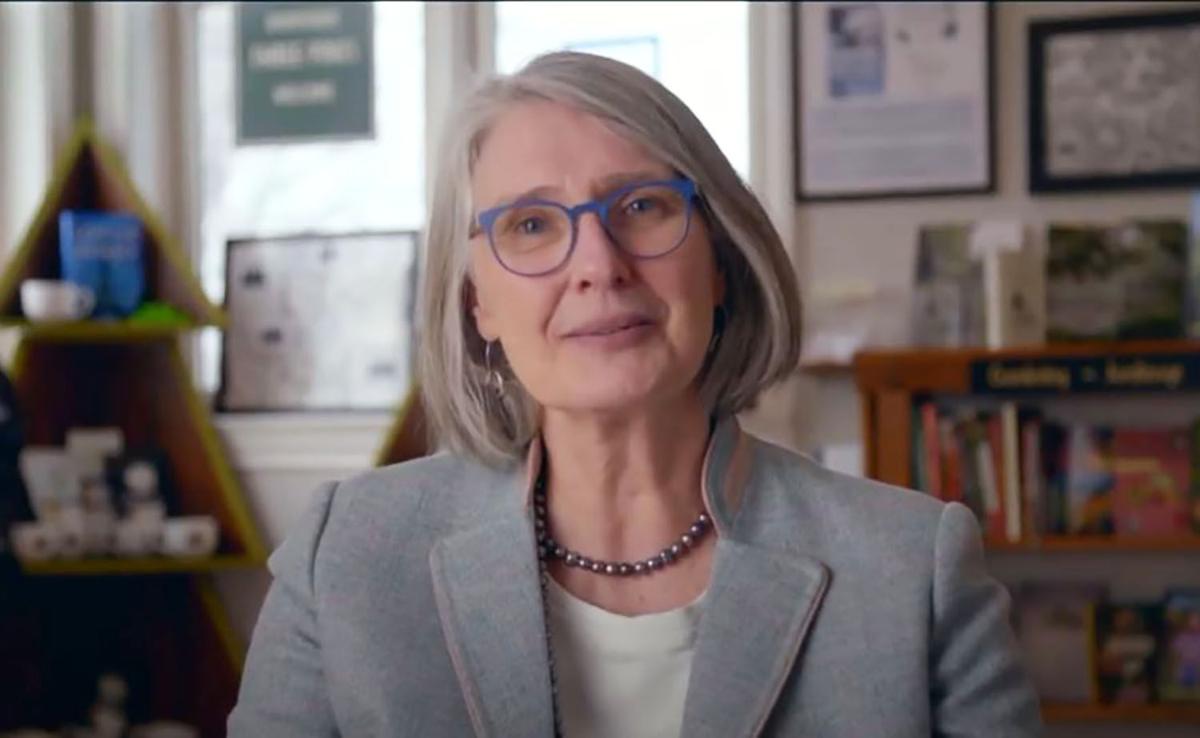 The hour-long episode with New York Times bestselling author Louise Penny will be launched this Friday Feb. 12 at 6 p.m. 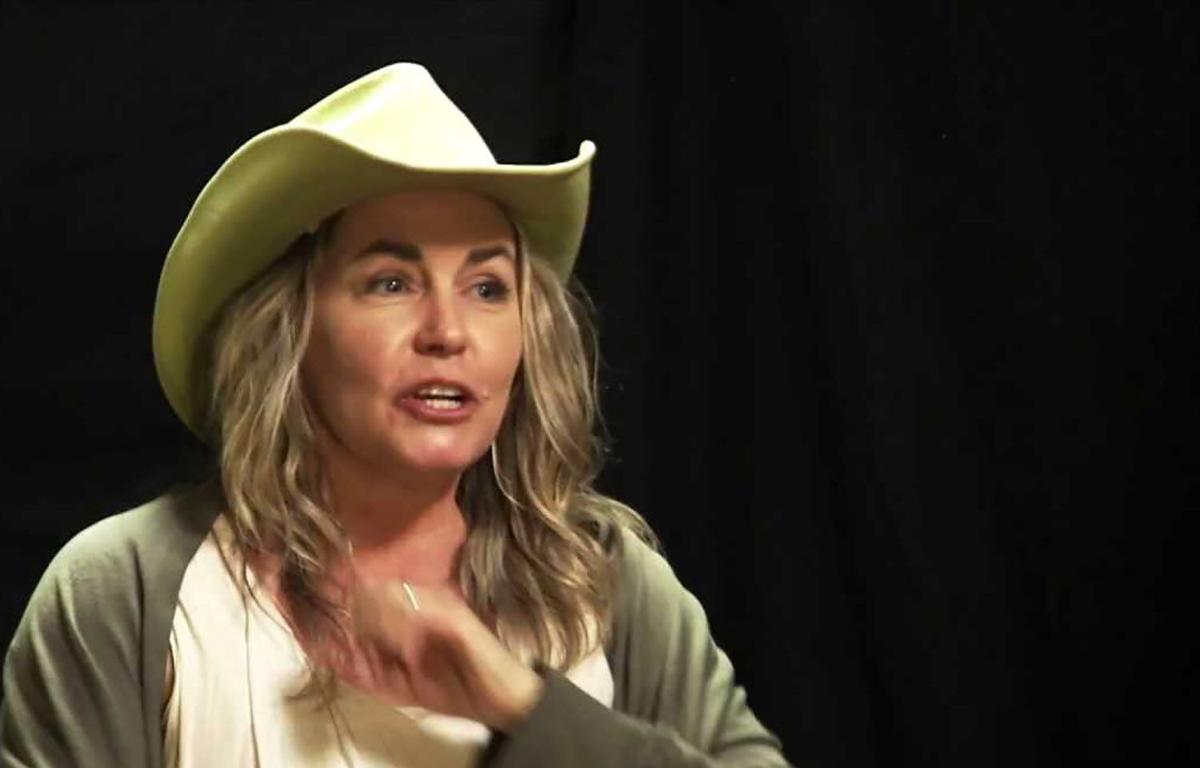 For the past few months, We're All In This Together, a new collaboration between the English Language Arts Network and Seniors Action Quebec, has been producing a web series for seniors to help them battle isolation and fear during the difficult times brought on by the COVID-19 pandemic.

Based in the Eastern Townships, Penny's thoroughly captivating crime novels are centred on the work of francophone Chief Inspector Armand Gamache of the Sûreté du Québec. Her interview, the first in a series of literary episodes called “Author Conversations", is quite the catch for the organizers.

“The seniors focus group that we consult with for the content of the series said they would like something on book clubs or author conversations. So we asked them what authors they were interested in and they said, ‘Well our first choice of course would be Louise Penny,’” said Bobbi Jo Hart during a recent telephone interview.

So in December, Hart took a deep breath, found Penny’s website, clicked on the contact form and asked if she'd like to be involved in this series. The answer came sooner than she expected.

“A half hour later I got a personal response from Louise Penny. I couldn't believe it,” Hart recalled. “She was in London, England at the time. She immediately said, ‘I love what you guys are doing with this series. Of course I'd love to be involved to help support seniors however I can during the pandemic.’”

The hour-long interview is a rare one because Penny is presently going through the final editing of her upcoming book, The Madness of Crowds, while also writing a new novel.

“She said ‘I'm really turning down mostly all interviews because I'm just in that focus but this really touched me and I wanted to support this.’ Needless to say, our focus group of seniors was thrilled,” said Hart.

The Suburban — I was told Miss Penny is refusing interviews these days so to be able to get her on your series is quite the accomplishment. Tell us how it came about.

Bobbi Jo Hart — Well, I was actually quite surprised myself and to put it in terms that Louise Penny would use, I was I was literally ‘surprised by joy’ when she said yes. And those that read her books know that that's quite an important element in her life and in her narrative in her books as well — being surprised by joy.

The seniors focus group that we consult with for the content of the series said they would like something on book clubs or author conversations. So we asked them what authors they were interested in and they said, ‘Well our first choice of course would be Louise Penny.’

So then I looked up and found her website. It was about midnight or something. I was in bed and I was thinking, ‘OK, well, what the heck, I'm just going to click on the contact form and just write and ask her if she'd be involved in this series to support our Québec seniors during the pandemic. And half an hour later I got a personal response from Louise Penny. I couldn't believe it.

She was in London, England at the time.

She immediately said, ‘I love what you guys are doing with this series. Of course I'd love to be involved to help support seniors however I can during the pandemic.’

That was my first interaction with Louise Penny and I literally was ‘surprised by joy’. I just thought, ‘What an amazing human being’ that she just immediately got what we were doing with the series and it obviously connected with her on a social level that she felt that she wanted to be involved.

This was in December and at the time she was struggling to get back from the UK but she said, ‘As soon as I get home and I can quarantine, I would be happy to do it.’

And that's literally how it happened.

And in terms of her turning down other interviews, yeah. I mean she's literally going through the final editing of the book that she just announced earlier this week, The Madness of Crowds, which will be released on August 24th this year. It’s her newest novel and, as she mentioned to me, she's in the process of the final editing on that and also writing a new novel.

So she said I'm really turning down mostly all interviews because I'm just in that focus but she said that this really touched me and I wanted to support this.

Our focus group of seniors was thrilled.

I went to Knowlton and an interviewed her last week and the episode will be launched on the web series on Friday, February 12th at 6 p.m.

The Suburban — Like the other episodes, will this one be about a half hour long?

Hart — We actually decided to make it longer because this will be the first of other episodes that will follow. It's part of the series “We're All In This Together” but they're called “Author Conversations,” so the format is that she's speaking right to camera, looking right into the lens and speaking right to the viewers.

I ask her questions and then we have a conversation. We're not including my questions. I just wanted the focus to be more on her.

It's actually going to be more like an hour-long episode. Especially given that it's rare interview this year for her, we just thought, you know, ‘Give the give the public what they would like.

The Suburban — Give us a hint about what she talks about.

But even though we spoke about darkness — whether it's darkness of this year or darkness of times in her own life that she faced — it's about how we're able to transform that darkness into light. And that, I think, is really a theme in the interview that kept kind of coming back.

It was very affecting how she spoke about darkness and how she infuses her novels with that sense of facing darkness, and she's she said this in before, but how goodness exists. So I think it's going to be a really great episode for this series because, even though we're all facing this collective darkness, in a lot of ways she brings light to it. She brings levity to it.

There's self-effacing moments and also just about coping mechanisms that she's tapped into for herself which I think will be interesting and inspiring for viewers as well about ways of coping during these difficult times.

The Suburban — How did you come to be involved with this project?

I've been a documentary filmmaker for almost 25 years and when I was growing up my mom worked in seniors’ home as an activities director and I was really affected from a young age by the experience that seniors face — especially those that were isolated and that didn't have family visiting them — and I spent a lot of my time after school, you know, just hiding Easter eggs for patients or dancing with them or just chatting with them and so that stayed very deep inside of me.

So during the pandemic I was really affected — like most people were — by what was happening in some of our senior centres in Québec where seniors were so affected and lost their lives through COVID.

I had just finished a film and when I saw this position open up for a project director or manager of this series for seniors, it just it touched me at a very, very deep level. I mean, they had me at, you know…. They had me at ‘Hello!’

I just applied immediately and an I'm just so honoured to be part of it. It just it feels good.

It's the kind of work that that just feels too good to be doing.