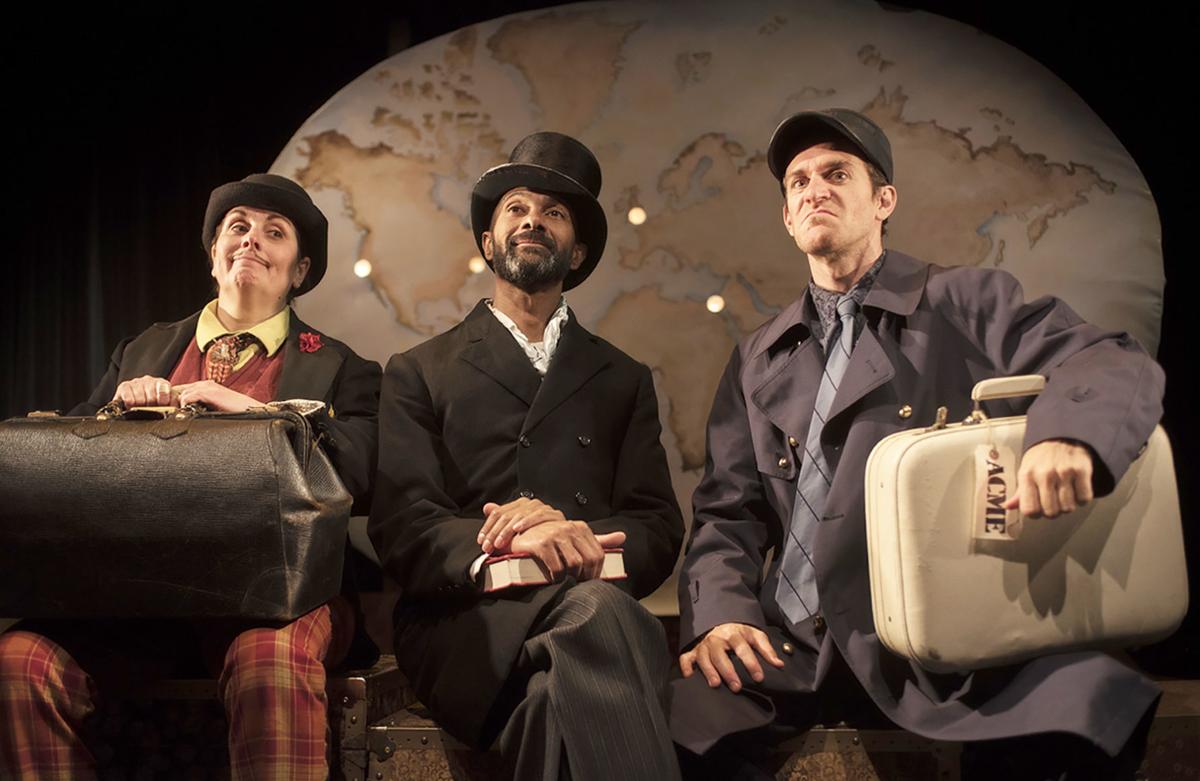 Danielle Desormeaux, Chimwemwe Miller and Mike Hughes star in this adaptation of the Jules Verne classic. 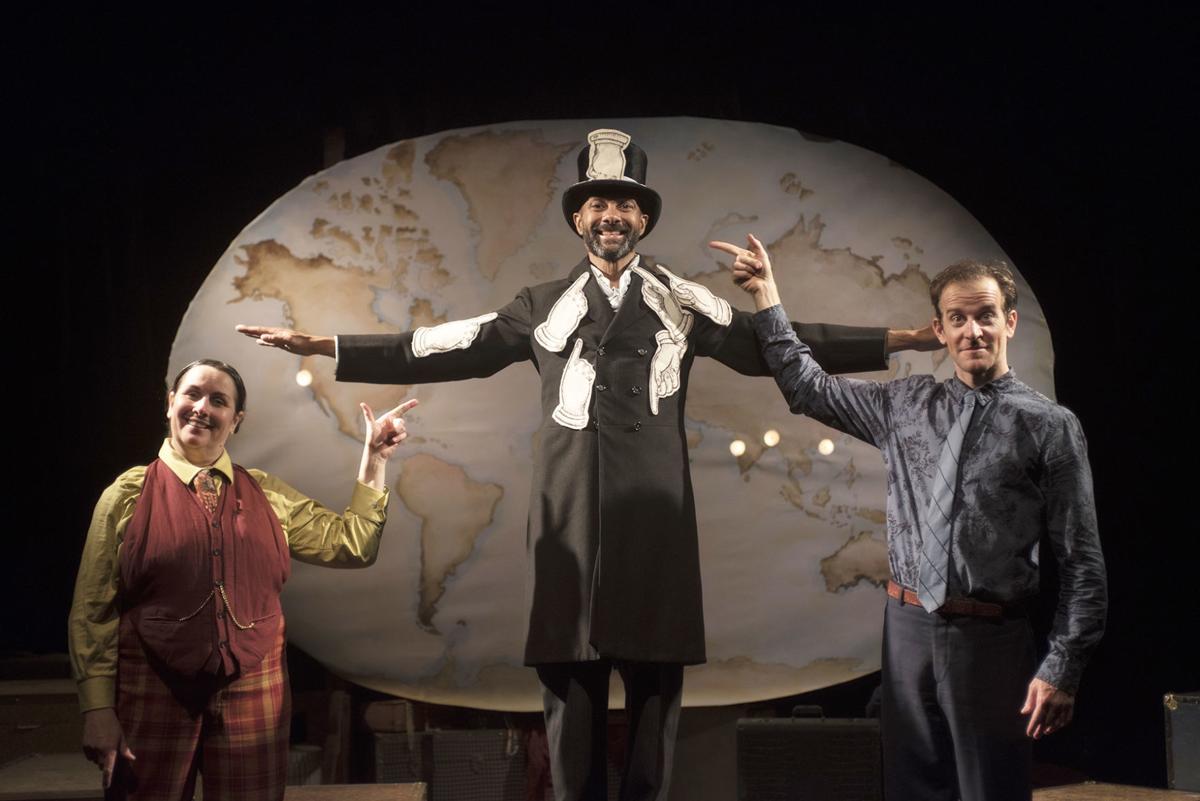 Directed by Mike Payette, this play may be best suited for a youth audience, but its production was anything but child’s play. 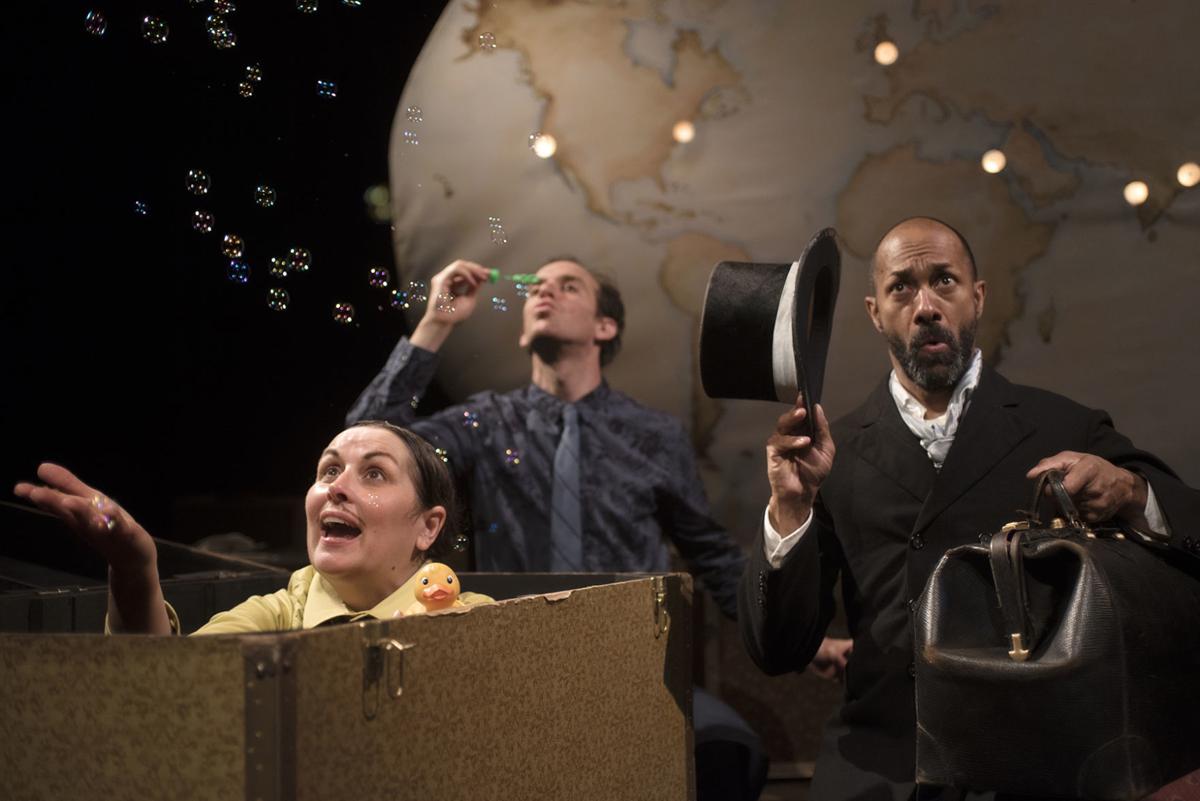 Danielle Desormeaux, Chimwemwe Miller and Mike Hughes star in this adaptation of the Jules Verne classic.

Directed by Mike Payette, this play may be best suited for a youth audience, but its production was anything but child’s play.

From April 20 to 29, Geordie Productions will present an adaption of Jules Verne’s classic Around the World in 80 Days at Concordia’s D.B. Clarke Theatre (1455 de Maisonneuve Blvd.). Directed by Mike Payette and featuring a cast of three actors portraying over 20 characters, this play may be best suited for a youth audience, but its production was anything but child’s play. After running last summer at the Hudson Village Theatre and Theatre Lac Brome, the cast and crew are now ready to present an even-more polished version to eager audiences.

“This is a great gift for us,” says Danielle Desormeaux, who plays sidekick Passepartout. “When you get to do a show again after you’ve rehearsed it, built it and performed it for a number of audiences, you get to discover more things and iron out certain things that we may not have done as well as we thought we could have.”

Desormeaux has spent the past 20 years performing for young audiences across Canada, the U.S., South-East Asia and Australia with Platypus Theatre, making her ideally suited for this current role.

“I’ve done a lot of clown shows so this is always the way I’m going to approach a role,” she says. “There’s got to be something funny. The thing about comedy is that it’s got to be honest. I’m having a great time.”

Local actor and musician Chimwemwe Miller stars as central character Phileas Fogg, whose aim it is to traverse the globe in the titular amount of time. Miller has performed on small and big screens alike, as well as several Montreal stages and has lent his vocal talents to numerous celebrated video games including most of the worldwide successful Assassins Creed franchise titles.

“We got away from any stereotypical accents and stuff that would really be specific to a particular region and went more for the authenticity and the truth of the character,” he says. “What my role demands is a certain measure of stoicism. That’s been one of the main challenges but also one of things that I appreciate the most about his stabilizing presence.”

Rounding out the cast is Mike Hughes who plays the officer on a mission to apprehend the two protagonists on suspicion of robbery.

“He just isn’t getting the warrants that he needs in the places he needs them in due time, so he has to keep catching up to Phileas Fogg and attempting to stop him,” he says. “So, in a sense, I also go around the world, but no one recognizes that.”

Hughes started his professional acting career in Geordie’s 2002 production of Mouse and has since gone on to act, teach and tour throughout North America and Europe in several productions, including Cirque du Soleil’s Dralion. Miller, on the other hand, is a new addition to the Geordie repertoire.

“There are productions where you go in and you cringe at the first rehearsal, but Geordie is the contrary,” he says. “I’ve been blessed to be working with wonderful people and wonderful material and a wonderful company, so it’s been a lot of hard work and a lot of fun.”

Although these performances will likely draw a predominantly youth audience, Desormeaux says the play has been crafted in just such a way so as to appeal to many demographics.

“It’s a show that’s good for children as well as adults. It’s very well-rounded. I think everybody is going to get something out of it. I’ve been doing theatre for young audiences for over 20 years and, generally, we don’t try to dumb things down for kids. Kids are there. They have everything they need to understand. They totally get the show. The kids that saw it last summer loved it.”