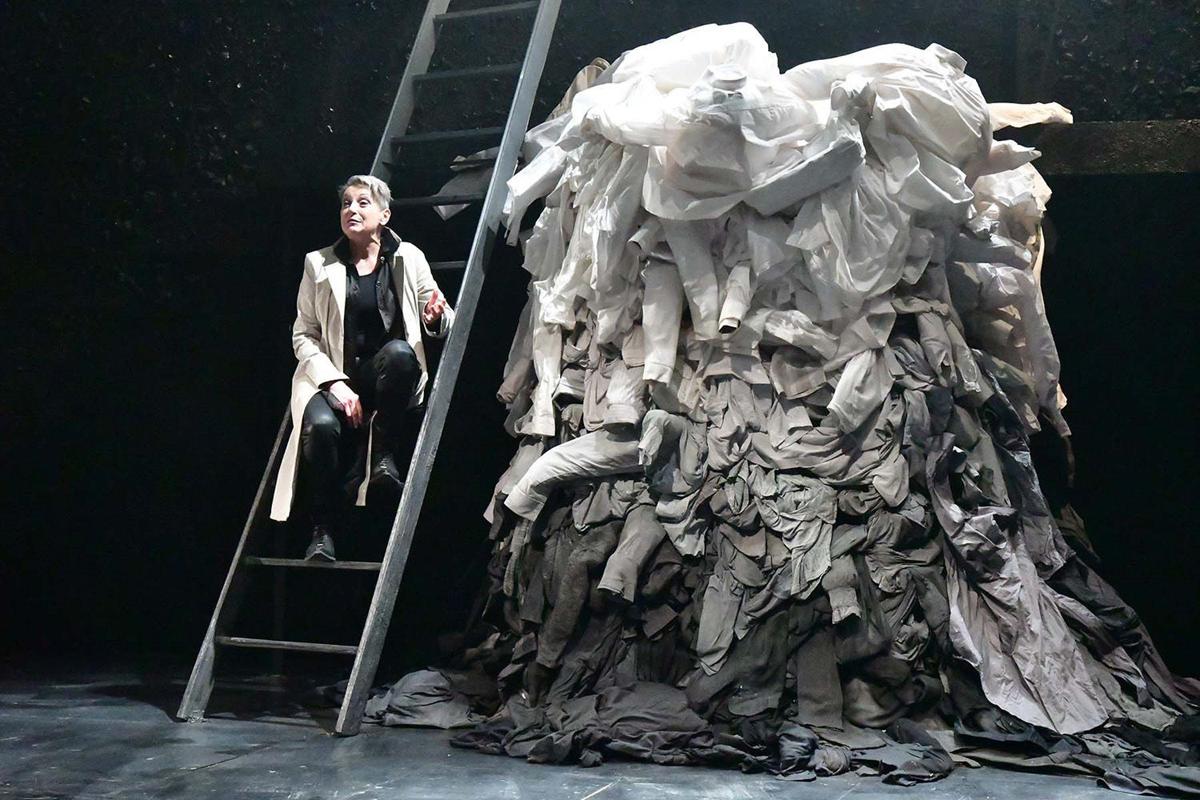 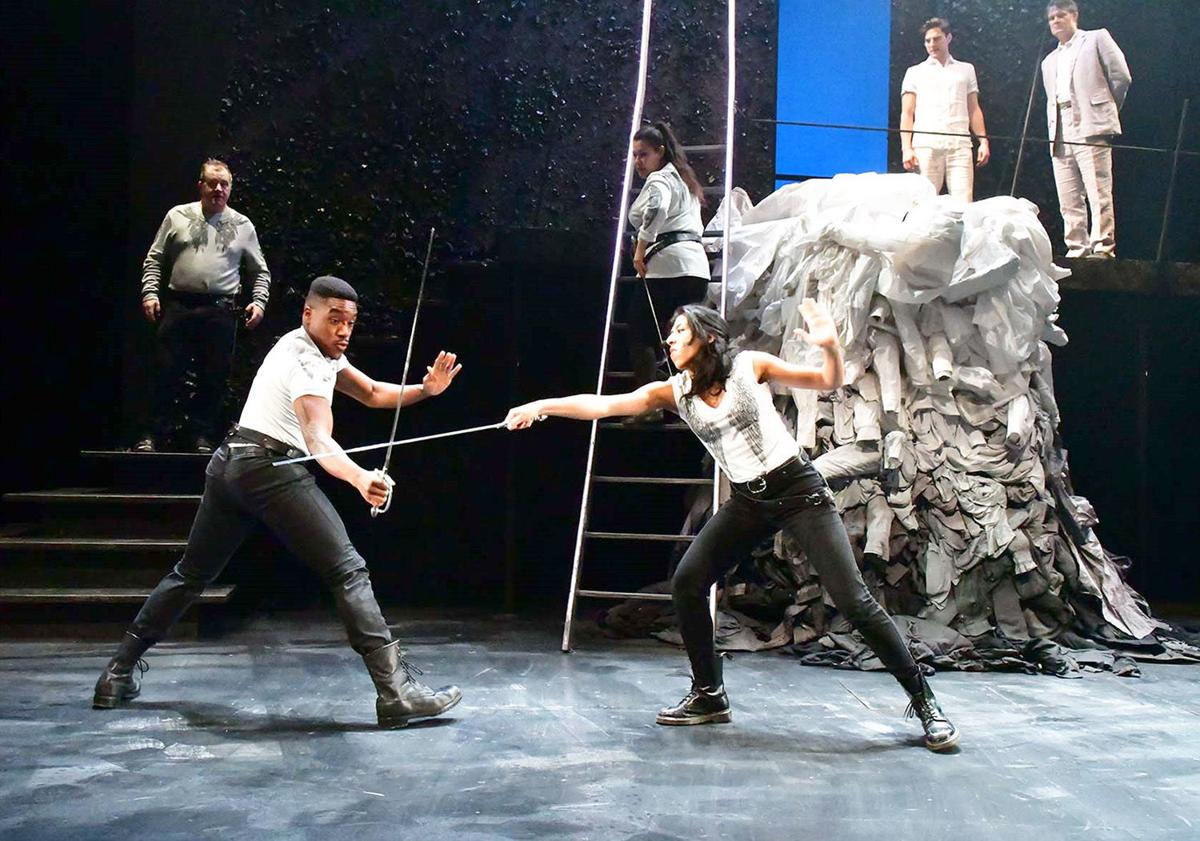 Paradise Lost includes bouts of fencing, song and dance numbers, a play within a play and a touch of nudity.

Paradise Lost includes bouts of fencing, song and dance numbers, a play within a play and a touch of nudity.

Satan, God and a full cast of biblical characters hit the stage last Friday night at the Centaur Theatre for a sold out opening of Paradise Lost, a feminist adaptation of the classic, centuries old story of Adam and Eve and Satan’s fall from grace.

The iconic poem by John Milton is reimagined by Montreal-based playwright Erin Shields, featuring a female Satan played by Stratford Festival veteran Lucy Peacock and her revenge on God for casting her out of heaven and down to the bellows of hell for all eternity.

The 2-hour-and-40-minute show is a rollercoaster speckled with humour, quick banter and tongue-in-cheek dialogue that makes for constant entertainment. We are transported into Satan’s perspective and given an empathetic look at how unfair her life and story truly is.

“We rarely see the archetype of Satan played by a woman unless she’s a sexy woman, or a temptress,” Shields said. “But I wanted to explore the character as a woman who speaks to power, who grapples with the hierarchy of God’s innate plan.”

God, played by Marcel Jeannin, is all knowing and all powerful, as he’s always been, and we come to resent his reasoning for making such absurd choices in the lives of his creations. Satan and God bicker like vengeful almost-divorced parents having one more row before the papers are signed after God cheated on Satin with humanity — and she’ll always hate him for it.

Adam and Eve, played by Amelia Sargisson and Qasim Khan, are an excellent pair. They live in harmony on earth, falling in love with each other and their surroundings again and again until Satan whispers her derisive words in Eve’s ear and their perfect world is torn apart. Shields’ version of Eve is intelligent and courageous. She is the intellectual leader of the couple. Sargisson plays her with radiance and humanity. We understand Eve’s reasoning, her need for independence from Adam, her desire to be thought of as more than just ‘beautiful.’

“I wanted to challenge this notion that Eve is the temptress, she’s the one who bit the apple first, she’s the one who we have to blame for original sin,” Shields said. “It’s really heavy to me that this bible story has been used for 2000 years or more to justify some notion that women are not equal to men and are lesser to men. I wanted to challenge that, challenge the very bare bones idea that Adam was created first, Adam was the dominant one, Adam was the man.”

The costumes in Paradise Lost, designed by Judith Bowden, could have been inspired by the Matrix cast: Satan wears a long snakeskin coat and black jeans, and her crew of characters wear grungy black hoodies, Doc Marten boots and Converse shoes. A quick costume change later and God’s angels wear white shirts with printed angel wings. God looks like the typical middle-aged white man at the country club, wearing grey linen chino pants and a blazer. It suits him.

Paradise Lost is an entertaining, feminist, genderbending take at a classic biblical story that’s influenced Western society for more than 2000 years. The show includes bouts of fencing, song and dance numbers, a play within a play and a touch of nudity. It’s fun and sometimes trite, but with moments of intense realness where suddenly the audience is pulled out of the amusing linear storyline and snapped back into the reality of Satan or Eve’s harsh and unfair existence.