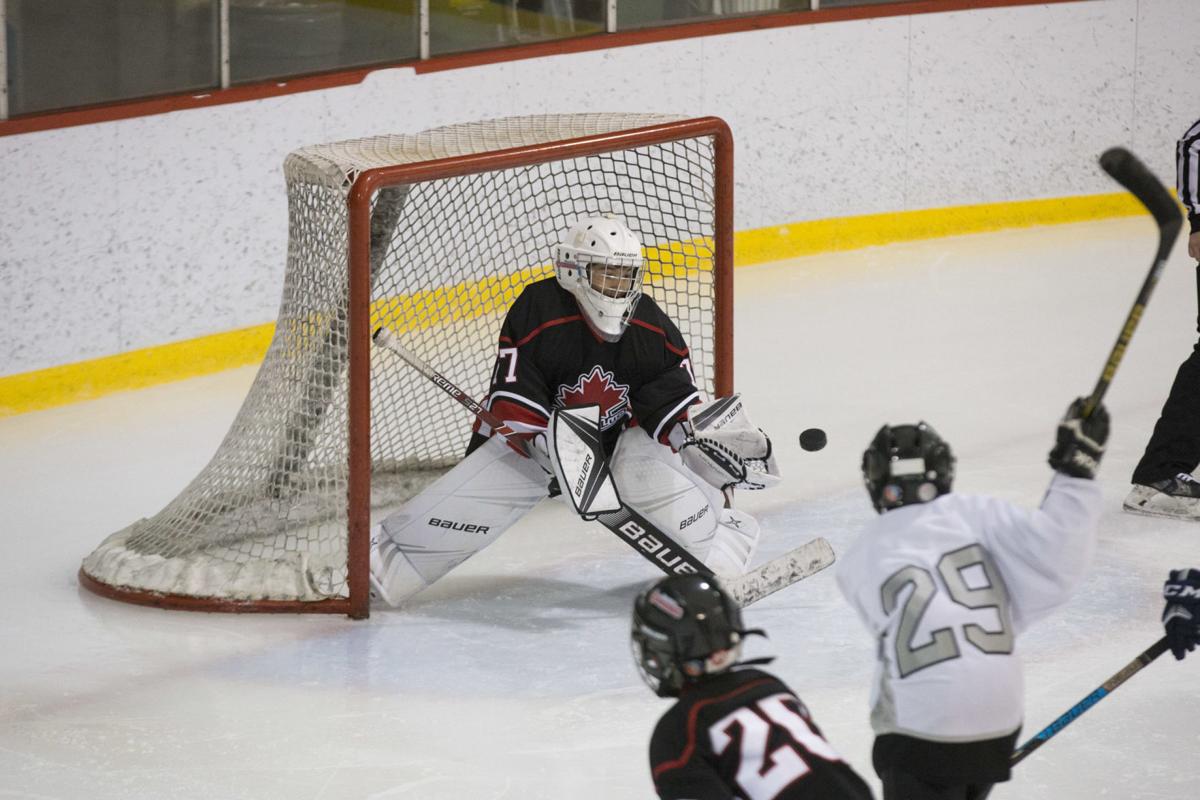 Canadiens goalie Nathaniel Sutton has his eye on the prize while teammate Alexander Liu moves in to cover Tyler Powell of the Knights. 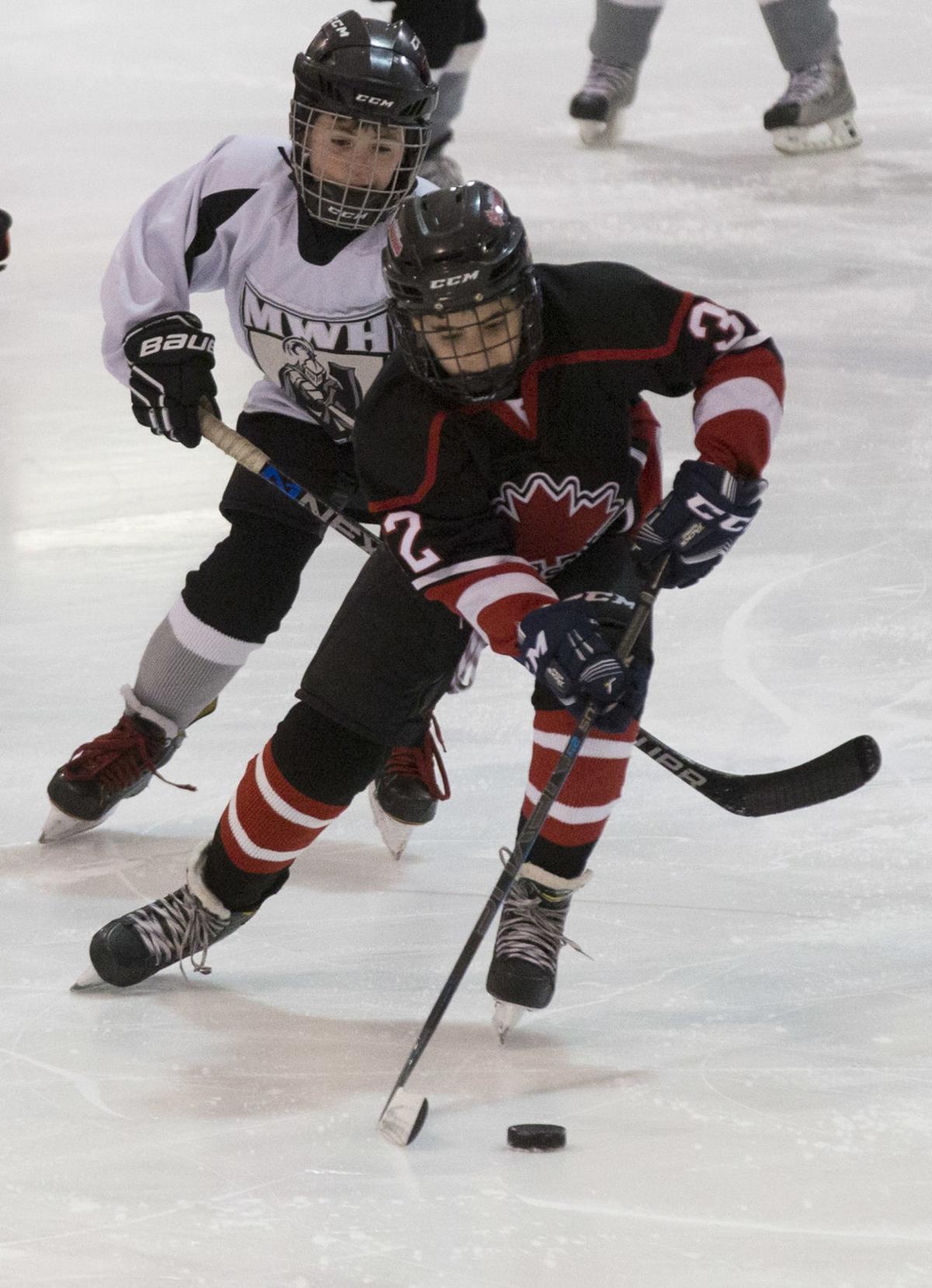 Canadien Sholom Vidal, who had the second goal advances the puck with a Knights' opponent in close pursuit.

Canadiens goalie Nathaniel Sutton has his eye on the prize while teammate Alexander Liu moves in to cover Tyler Powell of the Knights.

Canadien Sholom Vidal, who had the second goal advances the puck with a Knights' opponent in close pursuit.

It was an in house battle for the Westluc Canadiens and the Westluc Knights in Atom B play of the East Hockey League (EHL) last Saturday night at College Notre Dame and the two opponents did not disappoint the fans in an action packed game. Following a scorless first frame, the Canadiens won this match-up on a pair of second period goals and stood the test of time to deliver a 2-0 victory. The storyline was the goaltender battle between the teams with the Canadiens’ netminder Nathaniel Sutton picking up the clean sheet and the Knights’ Noah Zukran holding off the advances of the Canadiens’ attack. The second period was a particularly busy one for Zukran as he turned aside eight of the 10 shots directed his way to keep the home side from adding to their lead. “The kids played like a team tonight with each of them playing their part in the win,” Canadiens’ coach Oliver Sutton said. “They kept the pressure on and did all the things that we worked on in our practices. The Knights’ goalie (Zukran) played well and kept them in the game. Our defense and goaltending helped us keep them off the scoresheet.” On the offensive side of the ledger, the Canadiens notched their two goals in a 70 second span in the second stanza. Mishael Mouyal converted a pass from Hudson Rapkowski to open the scoring and earn the game-winning tally. Yehudah Haimovici added an insurance marker shortly after play resumed on an unassisted goal. “Games like this are between friendly rivals,” Knights’ coach Ronald Balinsky said. “The players know each other and look forward to playing against each other. This is the second close loss we’ve had to them and we look forward to our next meeting.”