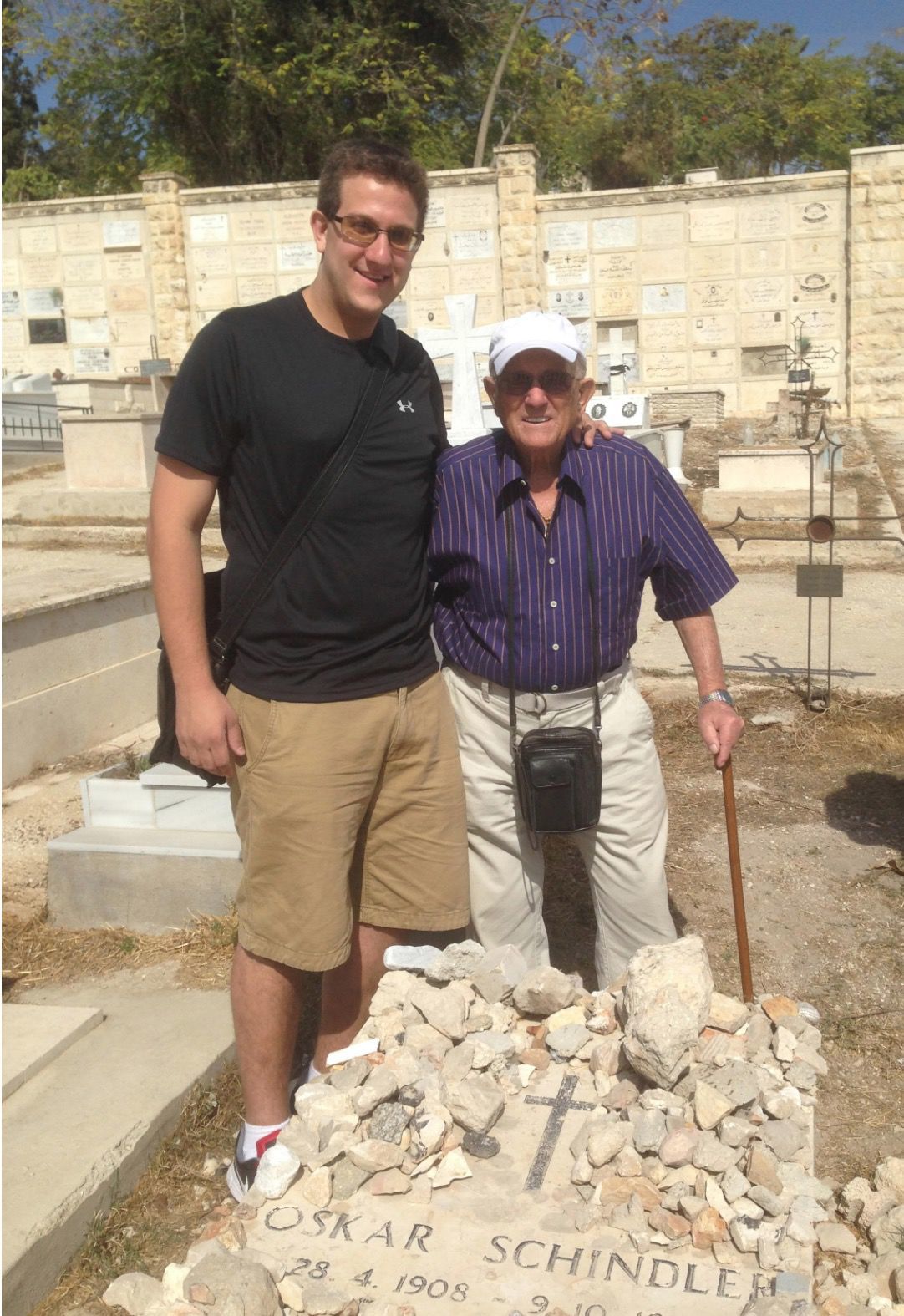 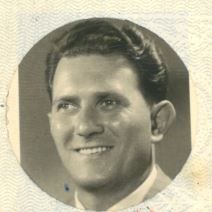 Roman Lesniak when he left Israel in 1952

Roman Lesniak when he left Israel in 1952

The will to fight

During this period, Roman’s father Yitzchak got in touch with a cell of underground partisan fighters in the area. It was around Christmas 1942, Roman remembers. They were planning an attack on a local nightclub frequented by German fighters called the “Tziganskaya,” the Gypsy. It was a small cell of some eight or nine. The attack succeeded and all got away, including Roman’s father. All except one. His name was Marek. Under torture he gave up the names of the others. All were shot to death, including Roman’s father.

Liquidation, Plaszow and the Russian Advance

On March 13, 1943 the Nazis ordered the liquidation of the Cracow Ghetto. The Russians were advancing with the momentum they had gained after their victory at the Battle of Stalingrad. Everyone was herded into the Plaszow work camp near Cracow. That camp had a capacity for only 16,000, which was suddenly doubled almost overnight. Disease and hunger were rampant. It was at Plaszow that Oskar Schindler had managed to establish a sub-camp not under the authority of the SS. It was there that he protected his Jewish workers who labored in his Enamel Werk and other factories he had accumulated in and around Cracow since 1939. Schindler, a Sudeten Czech German, had been a spy working both with the Nazi party and the Abwehr intelligence service. His connections were everywhere and he had authority. He arrived with the invading Nazis but quickly saw opportunities for profit.

It was at Plaszow that Roman’s aunt and sister perished. With the Russian advance, the factory at Rakowice — where the Lesniaks had worked — was closed and the workers were sent to Plaszow. From September 1943 to October 1944, Roman and Steve worked at the Plaszow metal shop. Many German companies used Plaszow slave laborers, including some of Schindler’s concerns.

In October of 1944, while the Nazis were in some disarray. Schindler used the opportunity to strike a deal for Plaszow workers for his enterprises. Berlin agreed to give Schindler 1,100 of the Plaszow prisoners for him. But under the condition that they would all have expertise as metal workers. Schindler had his own idea about protecting “his Jews.” He sent in Yitzchak Stern (played by Ben Kingsley in the movie and who had been with Schindler almost from the first days at Enamel Werk) and Marcus Goldberg to make the list of 1,100. Schindler didn’t care if they were metal workers as long as they could work so as not to make the Nazi overseers suspicious. Of the 1,100 on the List, only 300 were metal workers.

But Nazi authorities shipped the Plaszow Jews to the nearby death camp at Gross-Rosen before Schindler could get them out. Roman speculated that it was probably because the bestial Austrian SS commandant of Plaszow, who hated Schindler almost as much as he hated Jews, would do anything to foil any plan by Schindler. Among the inmates at Gross-Rosen at the time was Simon Weisenthal. Roman recalls how they were stripped upon arrival and told they were going into “showers” for delousing. But no one knew if it was water or gas. Eight hundred people were shoved into two rooms. They could see the openings in the ceilings, now knowing what would happen. Deathly silence except for sobbing and a few muttered tears. Roman held Steven’s hand. Suddenly the shower caps opened and it was water! Roman said, “People broke out in joyous songs and prayers.” They were then given new uniforms and new numbers.

Several days later at roll-call there was Schindler! Standing at a high landing with the Nazi commandants with lists of papers in his hands. Roman said that “some prisoners felt they were seeing their deliverer. Like Moses. Schindler was very tall, perhaps 6’4”, and in his black leather coat looked all-powerful.” He was clearly arguing with the commandants to get back “his Jews.” Roman recounts that whether by bribery or authority, Schindler got “his Jews” out and to his pottery factory in Brinnitz, Czechoslovakia. First from Plaszow, now from Gross-Rosen, Roman Lesniak and his brother were saved by Schindler’s List.

When they arrived in Brinnitz in October 1944, Schindler was at the station waiting for them. Roman recounts that Brinnitz was an ammunition factory and Schindler made sure there was hot food, working showers and nobody got beaten. Schindler gave the SS orders not to come near the factory and certainly not onto the factory floor. Obersturmfuhrer Leopold was angry and Roman recounts that Schindler barked at him in German, “My Jews are not anybody’s Jews!”

Life went on at Brinnitz as “normally” as things could in those circumstances. Went on until the 8th of May 1945, that is. Schindler called a midnight roll call. He announced the war was over. The Allies were not far away. Everyone was free to go. But as for himself and his wife, Roman recounts, Schindler showed the 1,100 two long handled German grenades. Roman recalls him saying, “One is for me, the other for my wife.” There was an immediate outcry. Roman, Steve and their fellow members of the List surrounded Schindler. Gave him civilian clothes and offered their protection and testimonies. They helped get him out of Brinnitz.

The story of Roman and his brother could go on and on. But though space is limited, some things have to be put on record. When he was free, Roman went back to Cracow and opened a small metal business. But Poland was not the place to be. By 1948, he was in Israel for four years. He served the State. Some of that service is confidential. In 1952 he and his brother came to Montreal. Within several years they opened a construction company that flourished and is now run by his son Irwin. His grandsons Jason and Michael are involved as well. His brother Steve was always his partner and as Roman says,” Everything was 50-50!” They built some of the best known residential buildings in Montreal and Miami. But for this profile, that is not the aftermath. That must go back to Oskar Schindler. The relationship forged in the crucible of Hell lasted for many years. Known to only a few, Roman was part of a small group of eight survivors who helped Schindler financially for years. Schindler was named “Righteous among the Nations” by Yad Vashem in the 1960s. Oskar Schindler died on the 10th of October 1974. At his deathbed was one of the group of eight. He called Roman and told him that Schindler’s final wish was to be buried in Jerusalem. Roman jumped into action and pulled every string he could in Israel. Roman wouldn’t accept bureaucratic reality. By October 28th Schindler’s last wish was realized. He was interred in Jerusalem. And that may be the secret to Roman Lesniak. The secret to surviving the Holocaust and the secret to building a successful life from ground zero. Roman Lesniak “resists the reality.” He did then, he does now. That is his great strength and his great lesson to us all.