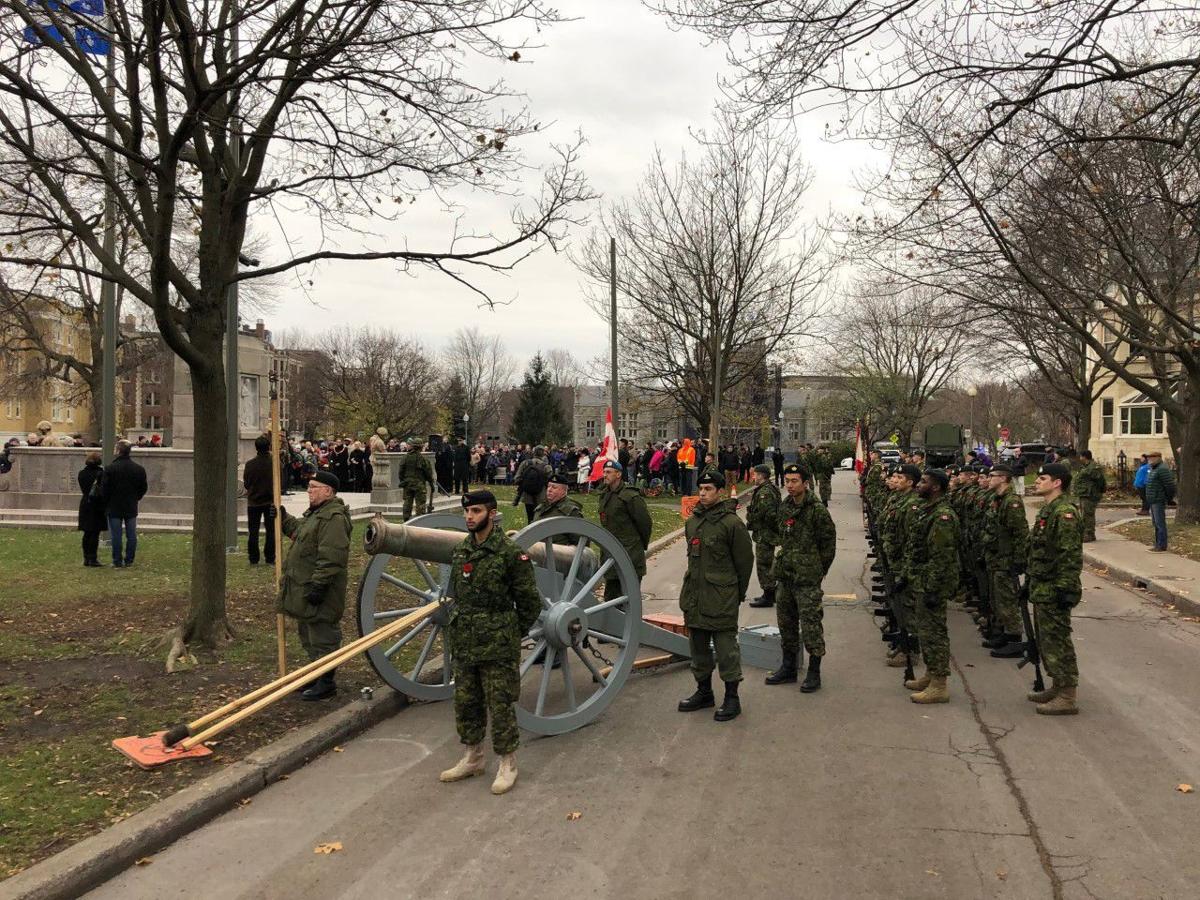 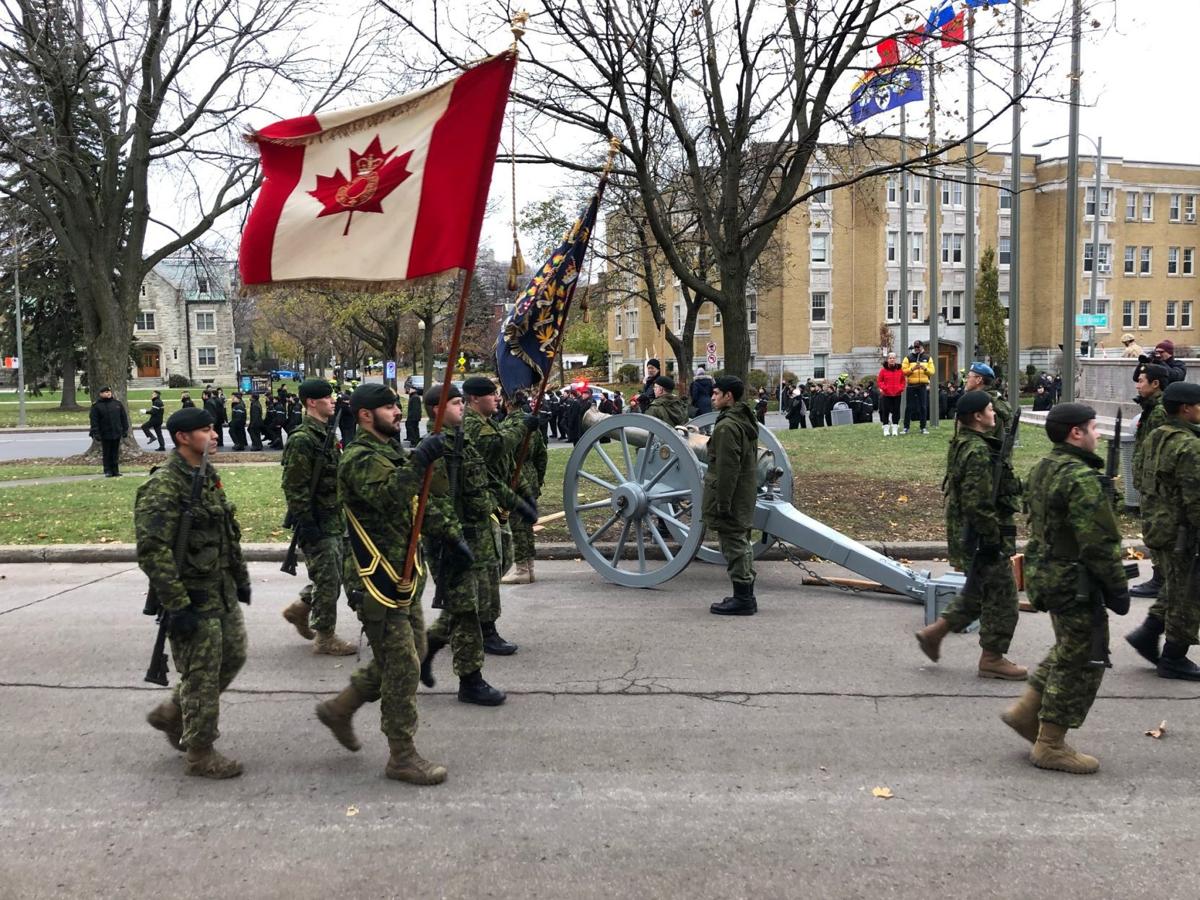 With almost an hour to go before the beginning of last Sunday’s annual Westmount Remembrance Day ceremony, former Westmount city councillor Patrick Martin and George Bowser were pleased to join both officers and men of Montreal’s 3eme Batterie d’Artillerie de Campagne as they got ready to display one of the city’s newly restored cannon in front of the city’s cenotaph.

“It’s a special day for lots of reasons,” said Martin. “These cannon happen to be two of the most important historical artifacts in the nation, and it’s time we understand just how lucky we are to have them in this city.”

As both Martin and Bowser were among the leading figures behind the now decades – old restoration project, Martin had a lot to say about what the men the 3rd Battery’s men did to restore the cannon back to their original glory. Originally cast in the King Brother’s Foundry near London’s Woolich suburb in 1810, Martin believes the two cannon – now 209 years old – do a lot to reflect both the nation and the city’s history.

As British Army records were destroyed when Germany’s Luftwaffe bombed a Portsmouth warehouse during World War II, it’s difficult to know exactly what was done with the cannon when they were the property of the British army. However, as experts from the Canadian artillery museum in Shiloh (Manitoba) are now looking into the matter, Martin also believes that it won’t be long before comprehensive academic research begins to establish exactly what happened to the guns after they were shipped to Lower Canada to help arm the colony’s militias during the mid 19th century. Although more than a decade has come and gone since their rotted timber forced the city to pull the cannon out of Westmount Park, very little was done until Bowser, Martin and Montreal’s 2nd Field Artillery regiment led the charge to fix the cannon. Aside from West,ount’s initial investment ($30 000) in five new, made to order, gun carriage wheels, Martin told The Suburban how 3rd Battery restoration activists spent the last two years working on the new custom – made gun carriages that are (as far as they know) exact replicas of the original carriages that were used to carry the guns when they first left the King Brother’s foundry four years before the Battle of Waterloo.

According to Martin, museum scholars are now looking into what Montreal’s Colonel Alexander Stephenson was up to when he was a serving artillery officer as well as one of Montreal’s leading city councillors. As Stevenson was one of the founders of the Montreal Field Battery – later to become the city’s 2nd Field Artillery regiment — city archives also indicate that he was also the councillor who (possibly) used the guns to help convince the city’s leaders that Montreal’s massive mountain could be purchased and transformed into a massive city park. According to newspaper reports published in 1862, Stevenson and Montreal Field Battery gunners hauled four guns up to the top of Mount Royal where the battery was used to fire a loud and colorful New Year’s Eve salute for the benefit of the entire city. When Stevenson’s salute proved that the land was, in fact, accessible, Montreal’s civic leaders understood that the mountain could be become a city park, and the rest is part of the mountain’s singular history. As for the old cannon, it remains to be seen if they are, in fact, part of Colonel Stevenson’s legacy to both the city and the country that he served so well.