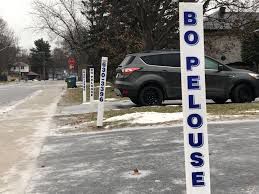 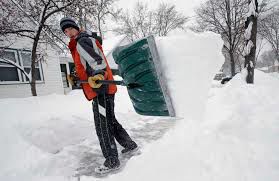 For some clients, kind friends and neighbours pitched in to collect the snow that had fallen the next day as well as another snow clearing company DLC.

For some clients, kind friends and neighbours pitched in to collect the snow that had fallen the next day as well as another snow clearing company DLC.

For about 5,000 West Islanders, the end of 2019 ended on a stressful note when they received the news that their snow contractor had abruptly halted its services, a day before a snow fall.

Longtime snow removal and landscaping company Bo Pelouse, that had been in business for the last 30 years posted a note on its website on Monday, December 30th that it would be ceasing all operations.

“For the last 4 years the company was struggling but I was always able to get it back on track. I was still in discussions and trying to find a solution yesterday but with a negative outcome,” Marc Guindon, the owner of Bo-Pelouse wrote to his customers on his website, the only message available for them.

“It became then painfully evident that I could not this time,” the owner wrote.

Guindon noted that he has raised a family in the community and that despondent customers who expressed their ire online “ are being read by my family that suffers with me.”

He also debunked a rumour that he had taken” huge amounts of money to go live abroad are false. “As these comments are being posted I am losing all that I have worked for those 30 years.”

But customers who had pre-paid for the season of snow clearing are unsure if they will get a refund as Guindon has not provided any information regarding returning the funds paid in advance for services that will never be rendered.

The snow removal company had customers based in Beaconsfield, Pointe-Claire and Dorval. For some clients,kind friends and neighbours pitched in to collect the snow that had fallen the next day. In fact volunteers throughout the area were pitching in. As well, another snow clearing company named DLC extraordinarily offered to clear Bo Pelouse clients’ driveways for free and began in Pointe Claire on New Year’s Day.