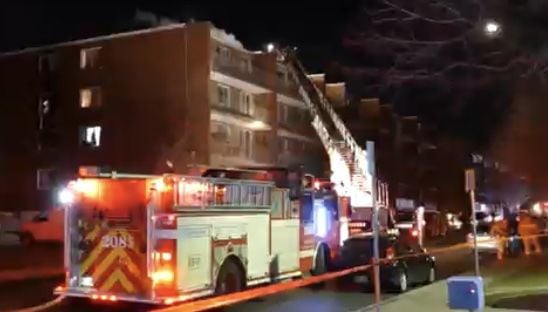 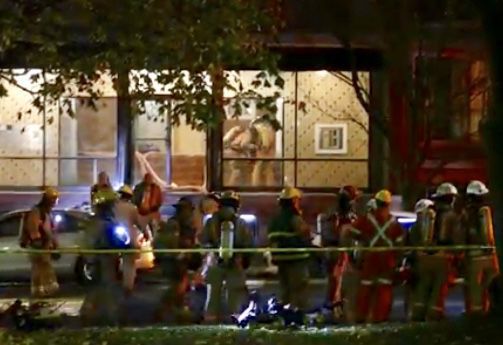 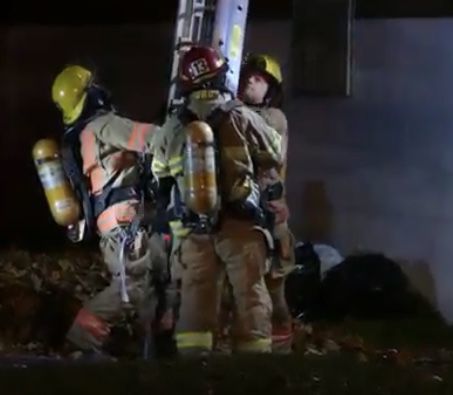 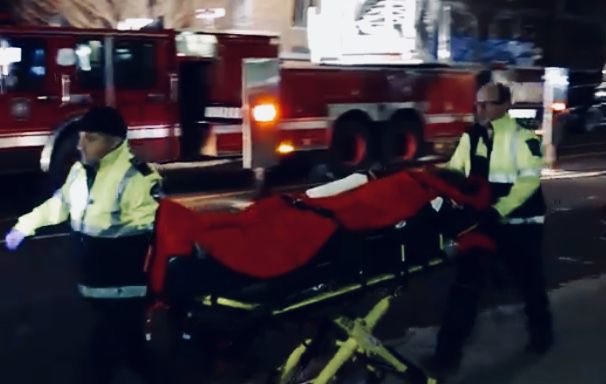 A fire erupted at 11 p.m. Friday in a four-storey building of 51 units on Duff Court in Lachine, claiming the lives of a 40-year-old mother and her eight-year-old daughter who were living in an apartment on the second floor.

The mother’s three other children were in the same apartment when the fire broke out, but survived the incident. One of them is a five-year-old girl who remains in critical condition and twin teenage boys who sustained injuries to their legs after jumping out of the second storey window to escape the threat of the flames as two neighbours stood beneath them to help break their fall.

According to neighbours, the mother lived there alone with her four children.

The SPVM’s spokesperson, officer Jean-Pierre Brabant, said that the investigation regarding the cause of the fire is still underway.

Urgence Santé paramedics attempted to resuscitate the mother and daughter. Despite their efforts, they were both declared dead on the scene. “We brought five people out. Unfortunately, two of them were deceased.” Matthew Griffith of Service de securité incendie de Montreal explained.

The fire was contained by firefighters to the single unit where it erupted. No other tenants were injured. More than 70 firefighters called to the scene managed to control the flames and evacuate the remaining 50 units.