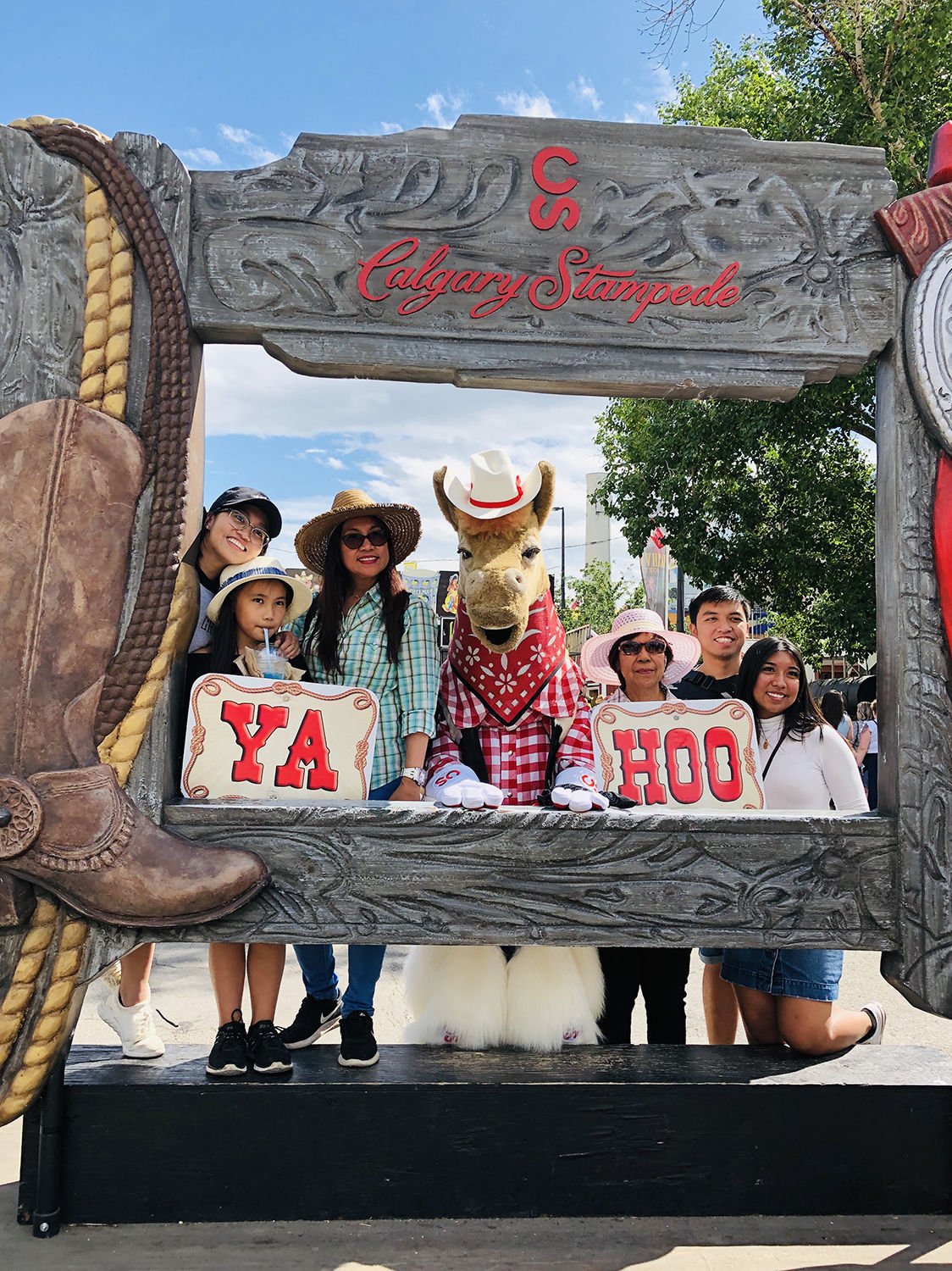 Cowboy fun for families at the annual Calgary Stampede. 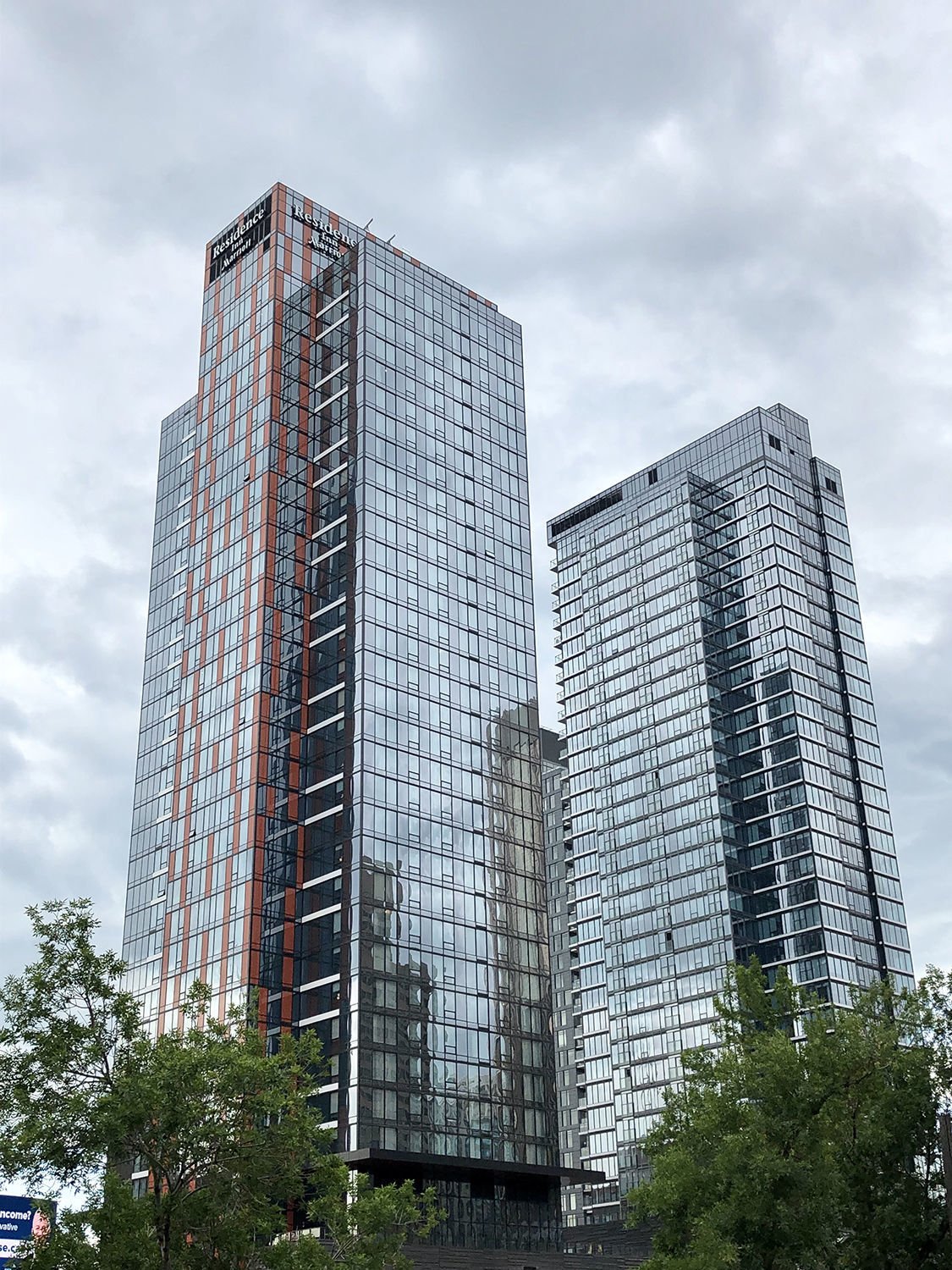 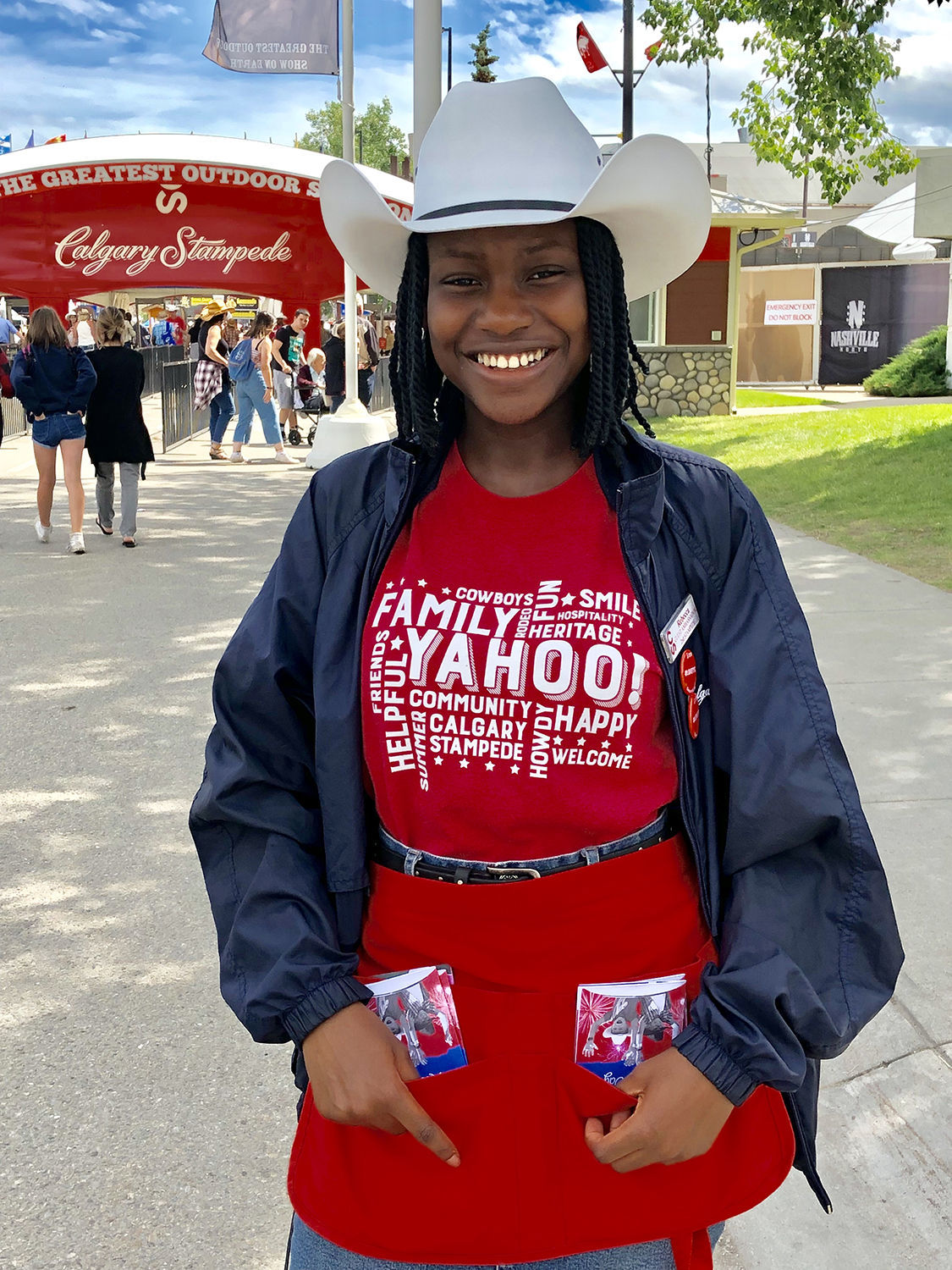 More than 2,000 volunteers like Rebecca work at the Calgary Stampede.

Kids digging into big plates of big pancakes at the Calgary Stampede. 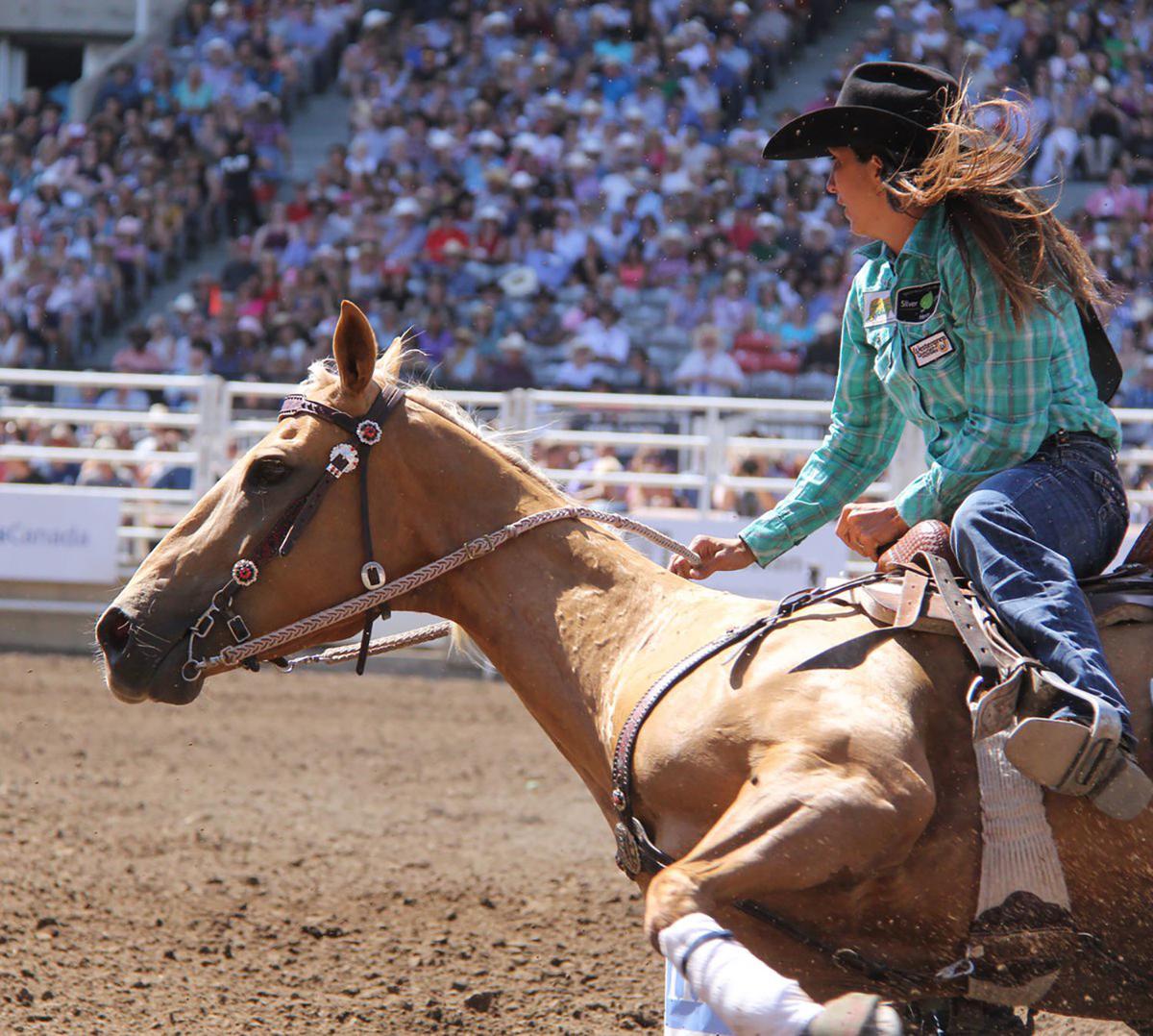 Barrel Racing at the Calgary Stampede. 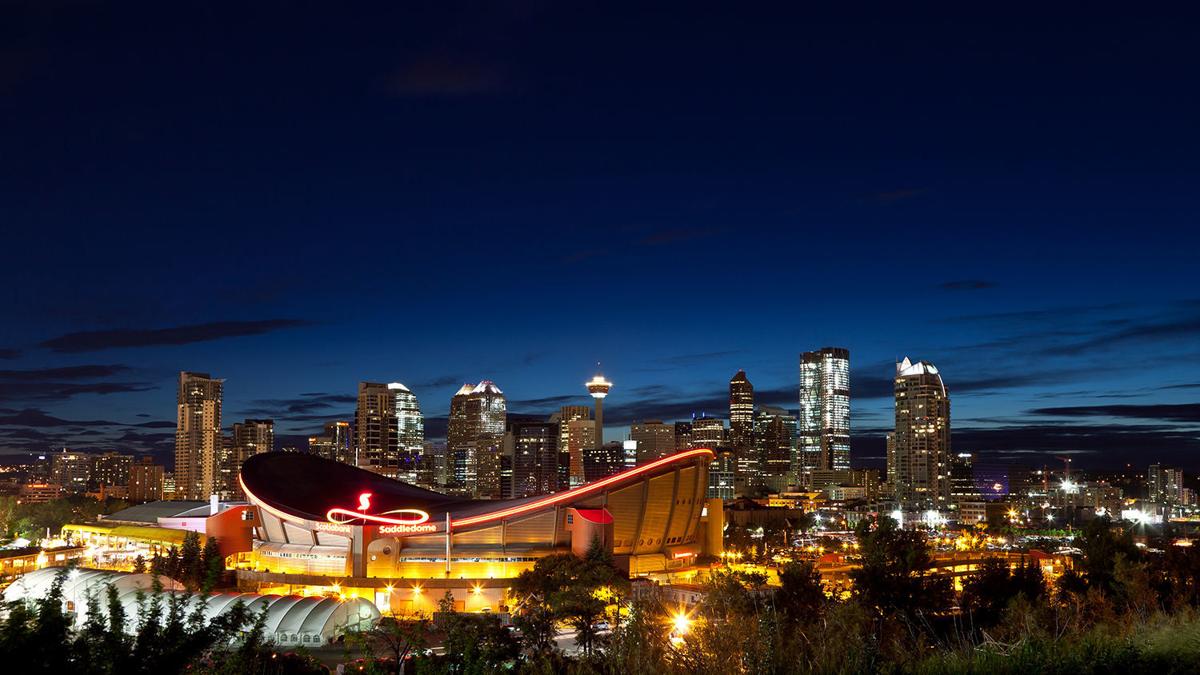 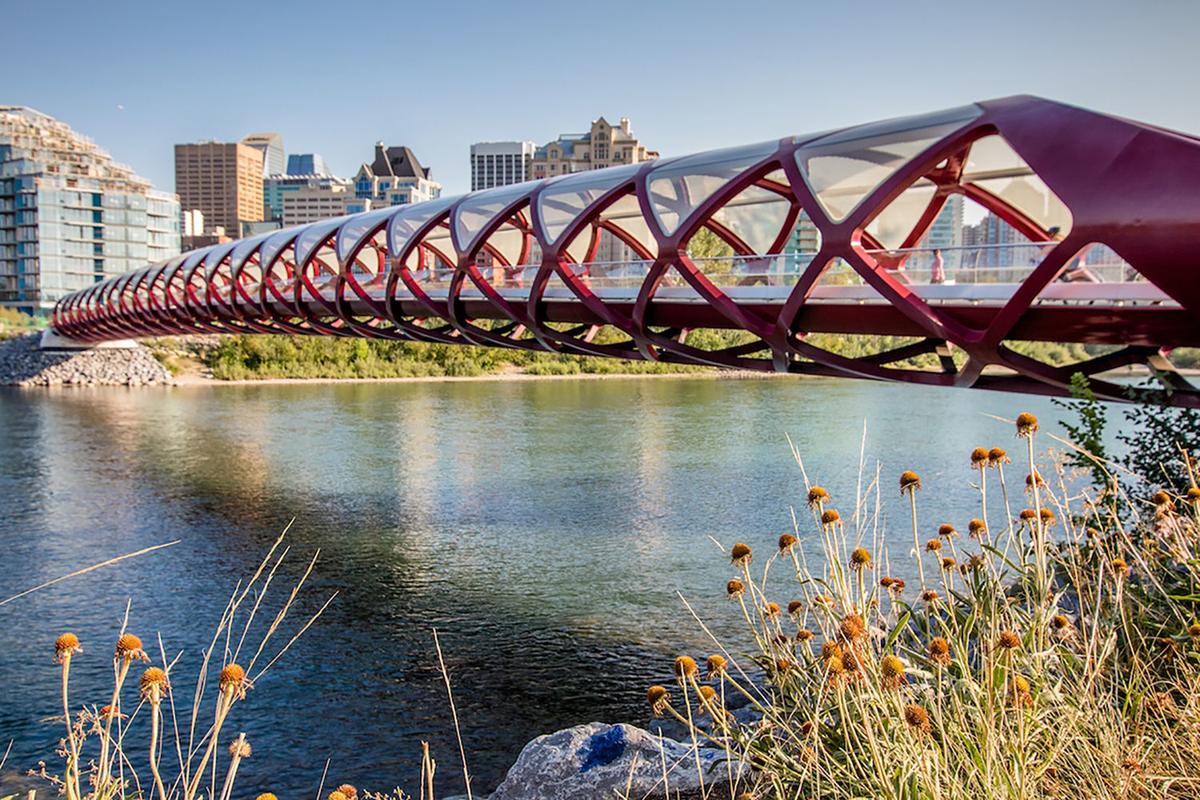 Peace Bridge is for walkers and cyclists only. 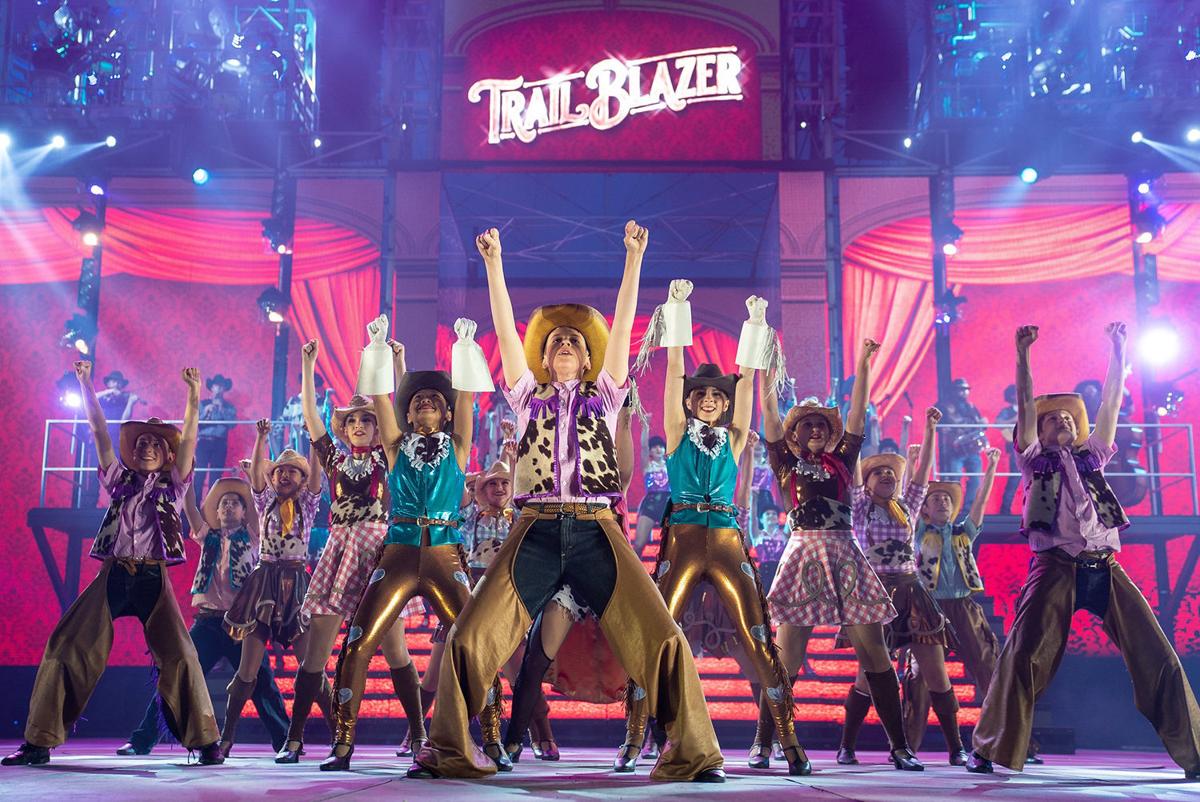 Trail Blazer show at the Calgary Stampede is a crowd pleaser. 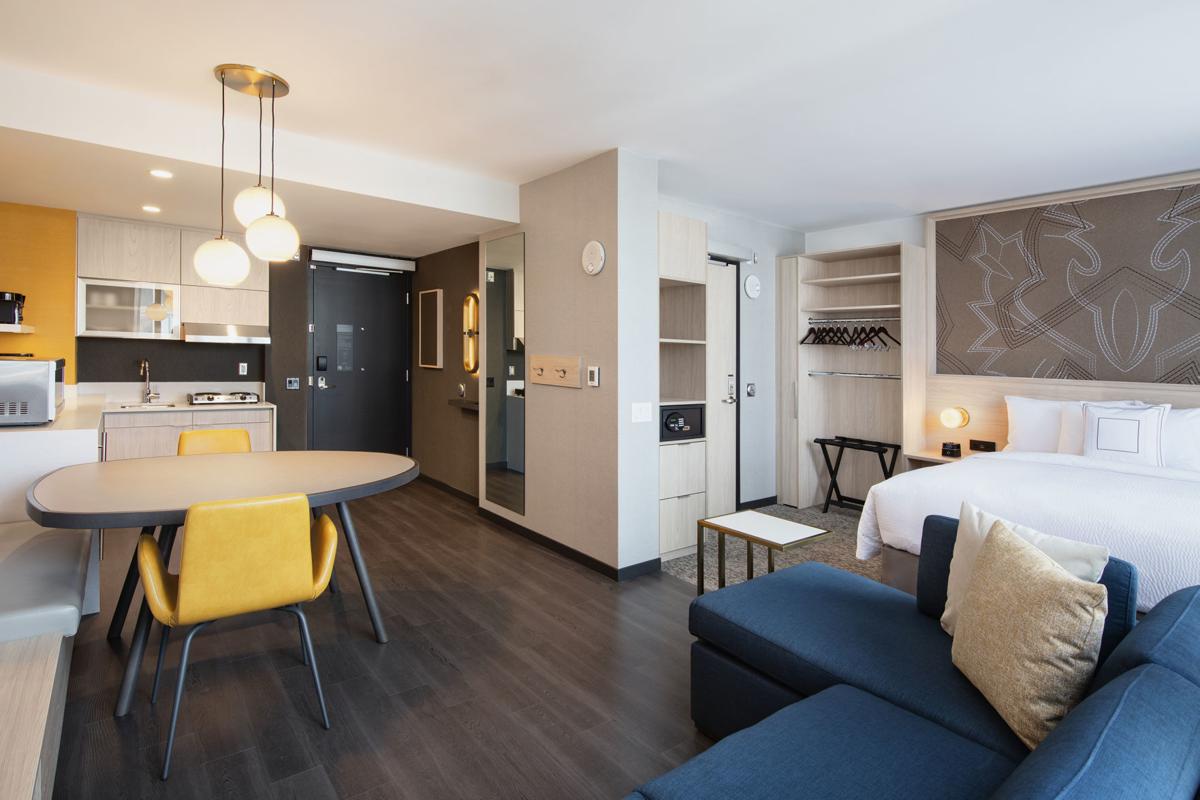 Residence Inn Calgary Downtown is an all-suite hotel in the heart of the city. 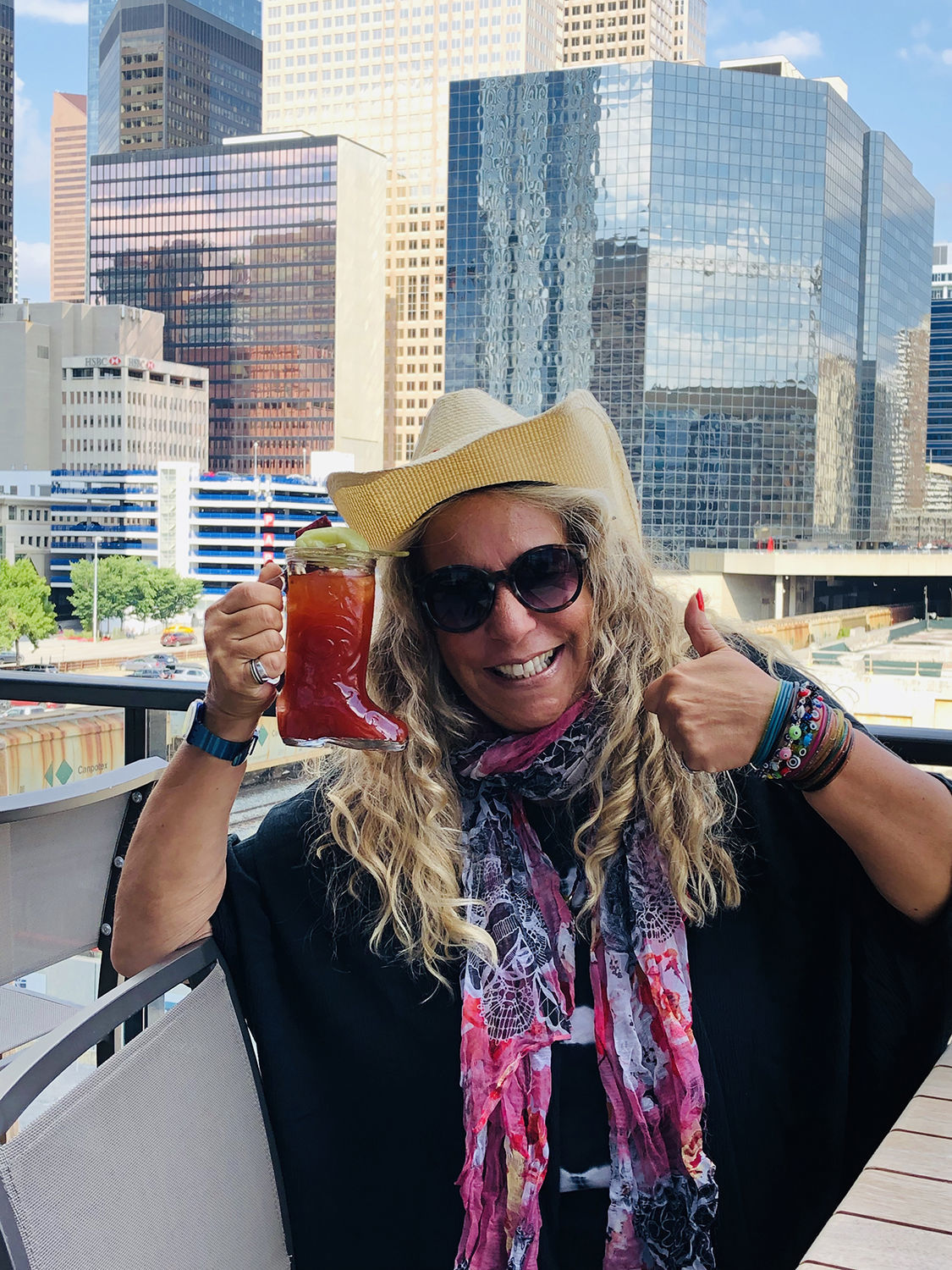 This reporter gives a hearty thumbs-up to a Caesar at the Residence Inn Downtown Calgary.

Cowboy fun for families at the annual Calgary Stampede.

More than 2,000 volunteers like Rebecca work at the Calgary Stampede.

Kids digging into big plates of big pancakes at the Calgary Stampede.

Barrel Racing at the Calgary Stampede.

Peace Bridge is for walkers and cyclists only.

Trail Blazer show at the Calgary Stampede is a crowd pleaser.

Residence Inn Calgary Downtown is an all-suite hotel in the heart of the city.

This reporter gives a hearty thumbs-up to a Caesar at the Residence Inn Downtown Calgary.

There’s no mistaking the western vibe with streets like Deerfoot Trail, stores like the Alberta Boot Company, bars like Cowboys Dance Hall and friendly locals decked out in their finest denim and cowboy hats. With plenty of swagger, Calgary sits pretty in the foothills of the Rocky Mountains at the intersection of the Bow and Elbow Rivers.

A world away from Montreal yet easy to get to aboard Air Canada, “Cowtown” — as the city is affectionately nicknamed courtesy of the Calgary Stampede — is where you’ll find shiny skyscrapers, top-shelf restaurants, museums, green parks and shopping galore. “With non-stop flights five times daily, Calgary is a convenient vacation destination for Montrealers looking for a weekend getaway or for those who want to explore more of Western Canada,” said Nino Montagnese, managing director, Air Canada Vacations. — www.aircanada.com

On the A-list for cocktail aficionados, Calgary was also where the Bloody Caesar was created 50 years ago by Italian immigrant Walter Chell who, according to local lore, was a Clark Gable lookalike who sang Figaro in the shower. As a boozy nod to his adored pasta vongole, the enterprising restaurateur blended the juice from baby clams with tomatoes and spices to create what is now Canada’s national cocktail. — www.visitcalgary.com/

Ideal for families, singles and couples as well as those heading west for a business trip, Residence Inn by Marriott Calgary Downtown stands tall in the Design District. A slender 33-storey tower that opened in March, standouts include modern fully-equipped kitchens in all 390 suites, spectacular views from the large windows, and piquant Bloody Caesars served in kitschy boot glasses at the Hearth Bar. “We are one of three Residence Inns in Calgary, the largest Residence Inn in the world, the tallest hotel in Calgary and the newest hotel in the city,” said Eric Ashton, general manager. “Our décor salutes our cowboy heritage with Western-themed murals created by a Montreal urban design company, boot stitching on the headboards, even-numbered floors marked with images of horses and odd numbered floors with steer images.”

A 10-day party chockablock with bucking broncos, grandstand shows and a myriad of fun food, Calgary Stampede is a heart-pumping party that attracts one million visitors each July. Billed as the “world’s largest outdoor rodeo”, crowd-pleasers include parades with marching bands, sky high rides on the midway and fireworks that light up the night sky. Not for the faint of appetite, food vendors hawk everything from pickle pizza, burgers stuffed with mac and cheese and corndog poutine to deep-fried coffee that won’t keep you up at night and flower ice pops. And for those keeping score, two million sugary doughnuts are sold each year.

“This is the greatest show on earth,” adds Ashton of the Residence Inn Downtown Calgary. “Fans book a year in advance to make sure they get flights and hotel rooms.”

The Stampede comes to town next year from July 3-12. — www.calgarystampede.com/

From sassy saloons and funky restaurants, there’s no shortage of hot spots for sipping and snacking. Bridgette Bar invites with an eclectic menu of munchies like eggplant fries, truffle-drizzled pasta and to-dine-for desserts. — www.bridgettebar.com/

Under the watchful eye of Vancouver-born Chef Justin Leboe, Model Milk is the go-to for homegrown signatures like Alberta beef and asparagus gussied up with almonds and plums. “Our menus are designed with a local focus sourcing from farmers across the province,” said Leboe. “Montrealers love our city for the tall mountains, great outdoors and our fine attention to fine food.” — www.modelmilk.ca/

The only maker of western boots in the province, Alberta Boot Company, has been crafting cowboy footwear for four decades. Worn by Kate and William during their Royal Canadian Tour and celebs like Brad Pitt and Jake Gyllenhaal, the family-owned boot makers also supply those black iconic boots worn by the RCMP. Starting at $395 for a pair of cowhide boots, fashionistas can design their own.

“We use a variety of skins like python, ostrich and alligator which run as high as $2,000 a pair,” said Ben Gerwing, third-generation owner. “To see how our boots are made, ask for a tour of the factory which is right behind the store.” — www.albertaboot.com/

For a natural high, head to the Observation Deck at the Calgary Tower for 360° vistas of the city and the Rocky Mountains. Shaped like a slender red tube, Peace Bridge is for walking and cycling across the Bow River and for fans of western art, Glenbow Museum has been a cultural cornerstone for 50 years.

“Travellers can rent a bike and ride through the urban bikeway or visit the craft brewery neighbourhood,” adds Montagnese from Air Canada Vacations. “For those looking to explore, I recommend renting a car to visit Banff National Park which is only a short drive from the city.” — www.visitcalgary.com/