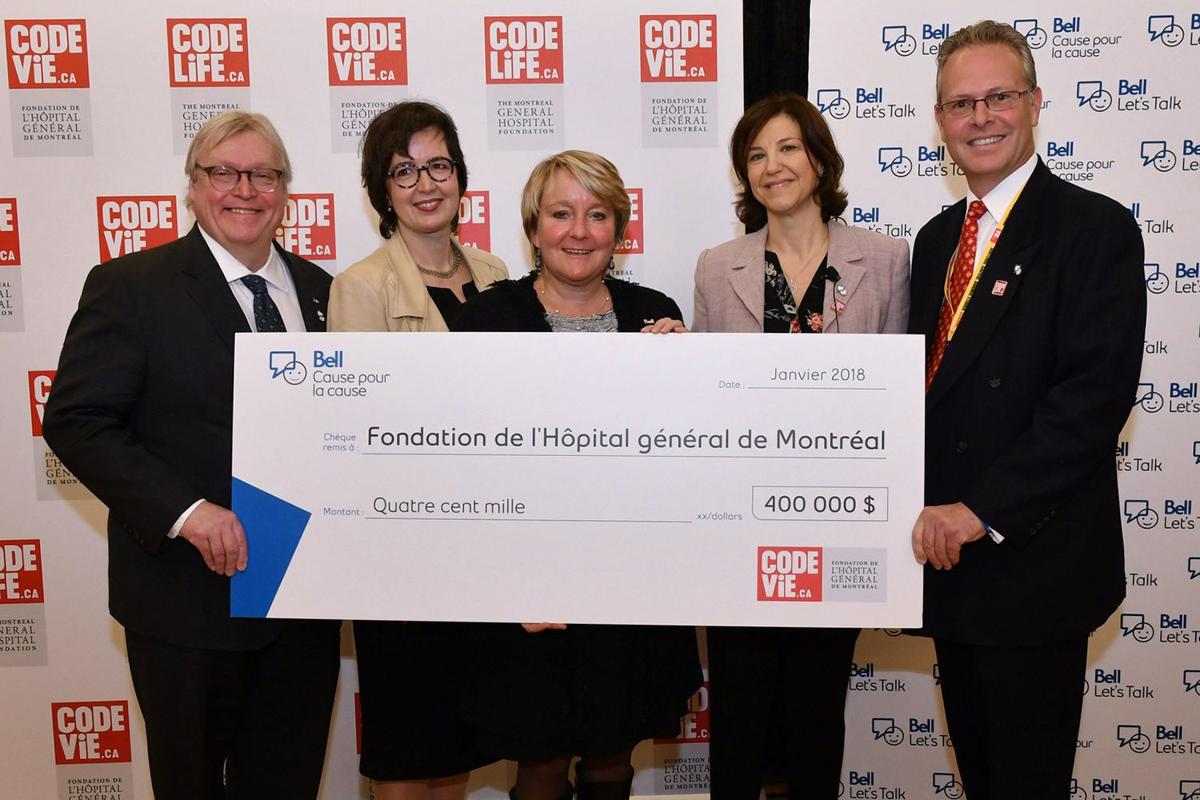 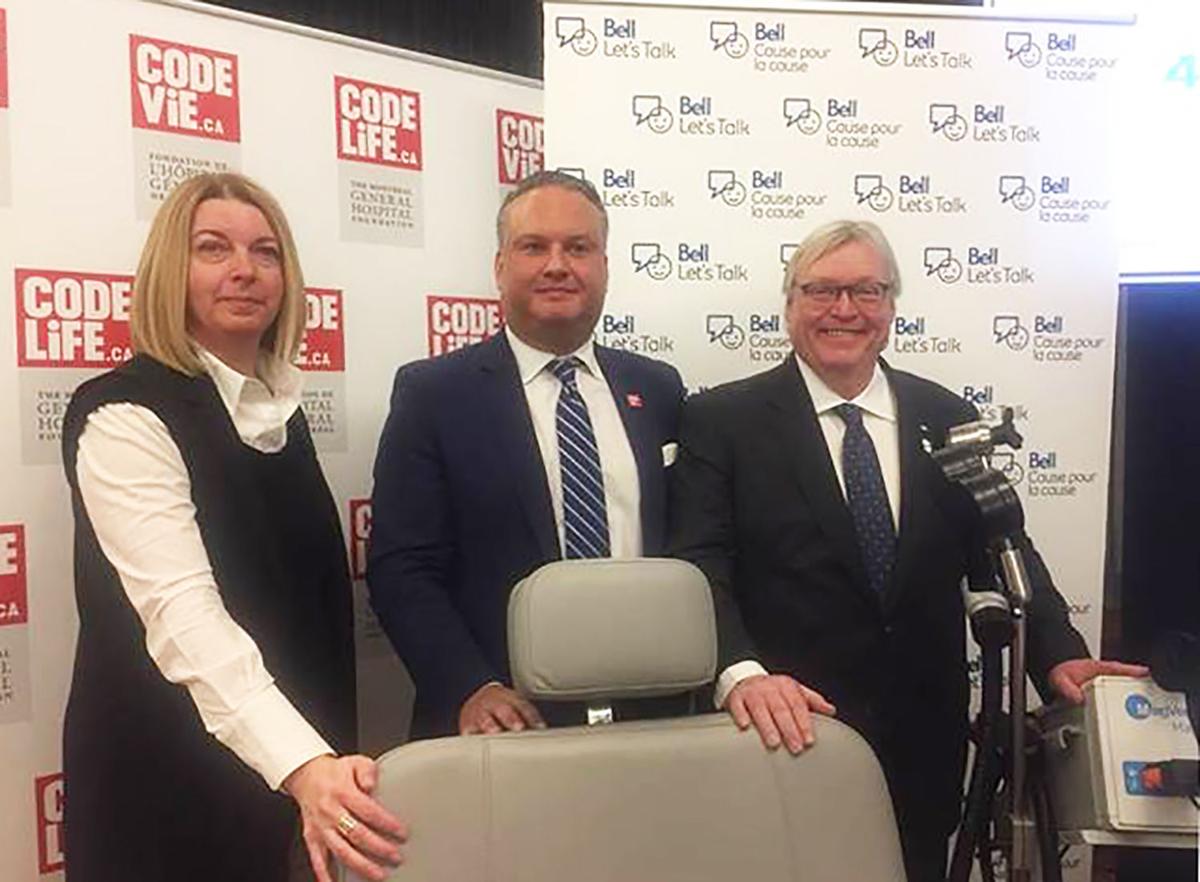 The hospital, with the help of Ministry of Health investment, bought a magventure device to treat depression through magnetic stimulation from Roxon. From left, Debbie Kavanagh, Neurologist Specialist for Canada at Roxon; Michael Solomita, President of Roxon and Mr. Gaetan Barrette.

The hospital, with the help of Ministry of Health investment, bought a magventure device to treat depression through magnetic stimulation from Roxon. From left, Debbie Kavanagh, Neurologist Specialist for Canada at Roxon; Michael Solomita, President of Roxon and Mr. Gaetan Barrette.

"Bell Let's Talk is proud to support increased access in Québec to innovations in mental health care, like the leading-edge services of Montreal General Hospital, which will be available to more patients more quickly," said Ms. Turcotte. "MGH is renowned for its work in neuromodulation, and for making a real difference in the lives of Québecers living with mental health issues."

"Bell Let's Talk supports and fits perfectly with the government's efforts to not only improve the quality of mental health care and services, but also make them more accessible," said Minister Barrette. "Just think of our additional investments to accelerate the implementation of the 2015–2020 action plan for mental health. The announcement of this major donation to the Montreal General Hospital Foundation is a terrific example of this. It is wonderful news that will have a direct impact on the lives of people with mental illness. I would like to thank Bell for its meaningful initiative, and its commitment to breaking the silence and supporting innovative mental health projects."

rTMS therapy is offered to patients with mood and anxiety disorders for whom medication is not an option. These safe, non-invasive treatments involve a magnetic field focused on specific areas of the brain. Depending on the patient, this treatment either strengthens or weakens the neural connections associated with the patient's disorder, with little or no discomfort.

"This donation from Bell Let's Talk is great news for mental health patients, particularly those who do not tolerate medications due to their side effects," said Dr. Michaela Barbarosie, Director of the Neuromodulation Unit at the MGH. "Being able to improve access for more patients to non-invasive treatment that does not affect cognitive function and that has few to no side effects is invaluable."

The new neuronavigator uses the patient's brain images, obtained through magnetic resonance imaging (MRI), to more precisely target the rTMS therapy, improving its therapeutic performance, with better remission and treatment response rates. This will have the added benefit of increasing the number of patients treated each year.

"I was fighting with depression for many years until I was referred to the MUHC Neuromodulation Unit at the Montreal General Hospital, whose technology helped speed up my recovery process," said patient Yuri Sarasty. "rTMS has helped me to be an active member in the community. I am pleased that this technology will be accessible to more people living with depression."

"Supporting mental health programs is one of our priorities," said Mr. Gourdeau. "The Montreal General Hospital provides the majority of the MUHC's mental health services and thanks to this partnership with Bell Let's Talk, we will be able to provide even greater support to the community."

"The MGH's psychiatry department receives approximately 50,000 outpatients each year and 500 inpatients," said Ms. Alfonso. "The collaboration between researchers and clinicians in psychiatry at the MUHC makes it possible to treat mental health disorders that afflict our population more effectively. The MGH is an essential centre for emergency services in adult psychiatry in downtown Montréal."

MGH, MUHC and MGHF join with Bell in inviting everyone to take part in the mental health conversation on Bell Let's Talk Day. Bell will donate 5 cents to Canadian mental health programs for each of these interactions on January 31, at no extra cost to participants: