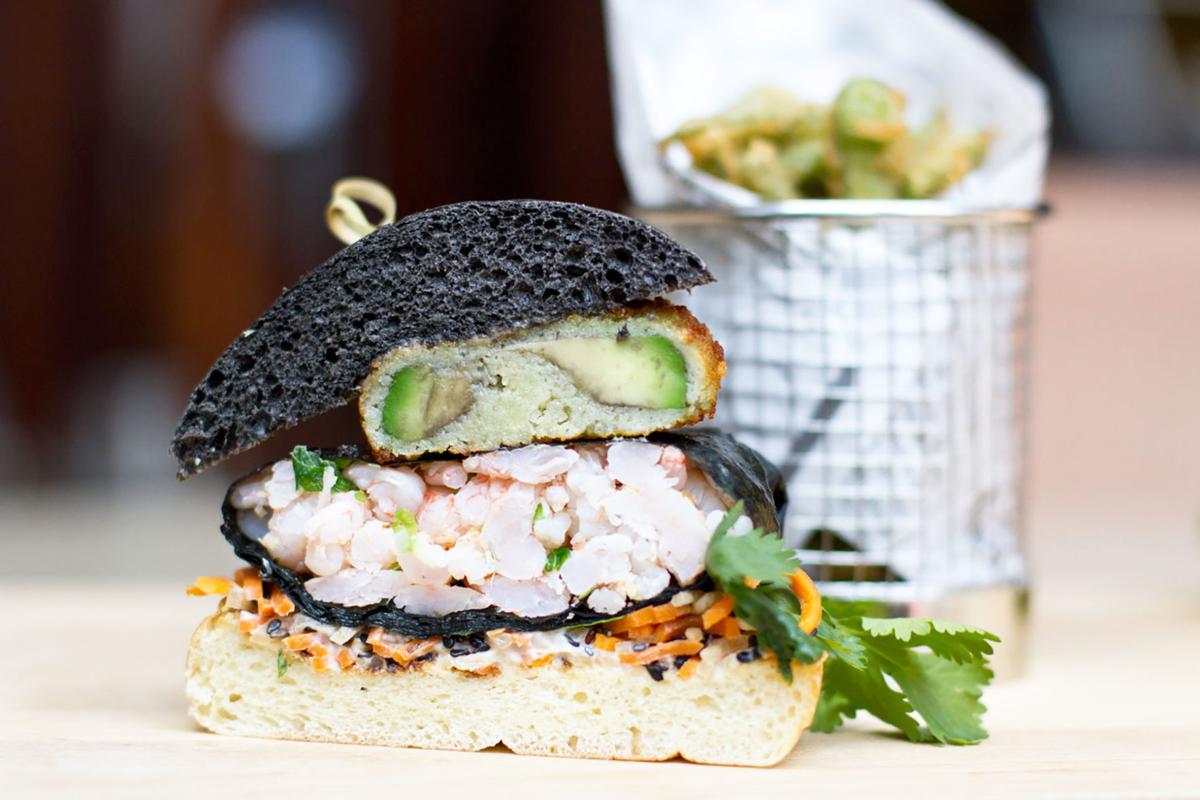 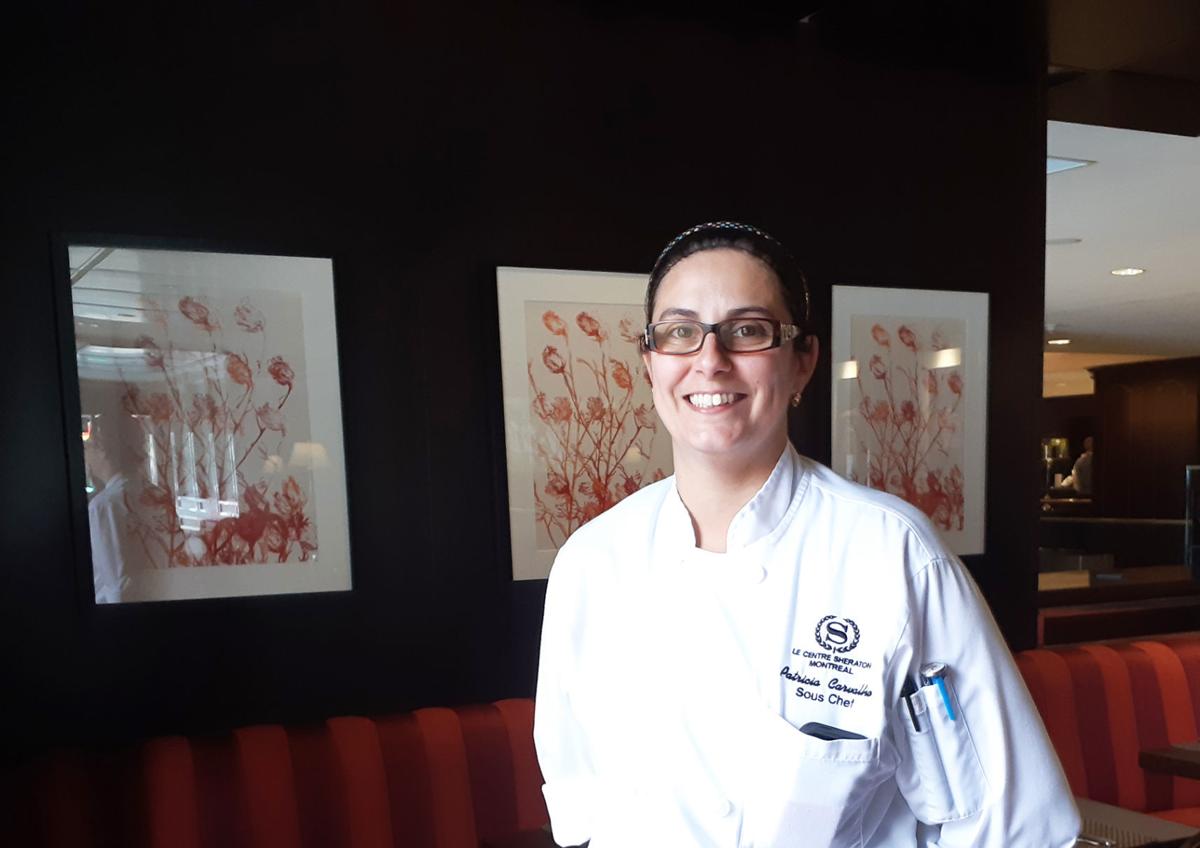 “It’s a fusion from the east coast, west coast and Asia,” said Sous Chef Patricia Carvalho, adding that the burger’s creation was a collective effort.

“It’s a fusion from the east coast, west coast and Asia,” said Sous Chef Patricia Carvalho, adding that the burger’s creation was a collective effort.

Le Burger Week happily came and sadly went. Held during the first week of September, restaurants in different cities across Canada and the U.S. create a special burger just for the occasion. Then, burger lovers, casual gourmets and wannabe gourmands do the rounds, sampling the succulent creations and those who sign up get a chance to vote for their favourites on the LeBurgerWeek.com website.

Founded by Na’eem Adam and Thierry Rassam, the same pair behind La Poutine Week, I had the chance, along with a guest, to enjoy Le Centre Sheraton Montreal’s mouthwatering entry — the Ebi Matane burger — at the hotel’s Bistro le Boulevard.

Ebi is the Japanese word for shrimp and Matane is the area on Quebec’s Gaspé Peninsula where the succulent crustaceans are caught. Best described as a Japanese fusion style burger, the Ebi Matane was also available at the Sheraton’s Café Bar.

Served at room temperature, the main ingredients included the Matane shrimps wrapped in Nori seaweed, fried avocado, grated Japanese radish, julienned carrots, wasabi and soya sauce on a squid ink and pepper burger bread. It came with a side of salted edamame pods and a flavoured mayonnaise.

To come up with the burger, ideas from chefs, sous chefs and cooks were considered. The hotel then created about 10 different combinations and held an internal contest judged by staffers. The winner was a burger inspired by the cross-Canada travels of one of the hotel’s cooks, who’s of both Asian and French descent.

“It’s a fusion from the east coast, west coast and Asia,” said Sous Chef Patricia Carvalho, who stopped at our table for a pleasant and informative chat. “He put his ideas together with what we had here. We added the ink bread and others added little touches and it all came together.”

Carvalho mentioned that, unlike what we often see on certain reality cooking shows, menu creation is more often than not, a collective vision.

“A menu isn’t usually built by one person. It’s a team effort and you have to be open to everybody and everything,” she explained. “Usually when you’re open, the greatest ideas come out and we think this is a great idea.”

My lunch guest, on her fourth napkin, had nothing but praise for this great idea of a burger.

“Considering that’s it’s called a burger, it’s a surprising mix of flavours,” she said. “It was like a very, very high quality shrimp sandwich. It definitely was delicious yet a bit difficult to eat because it was so big. But it was very good. Very, very tasty.”

I, on my tenth napkin, simply smiled happily and grunted my approval.

By the way, Le Sheraton’s Ebi Matan was voted the Best Looking Burger by the many amateur epicureans who cast their ballots.

For a list of all the winners, along with drool-inducing photos, visit LeBurgerWeek.com