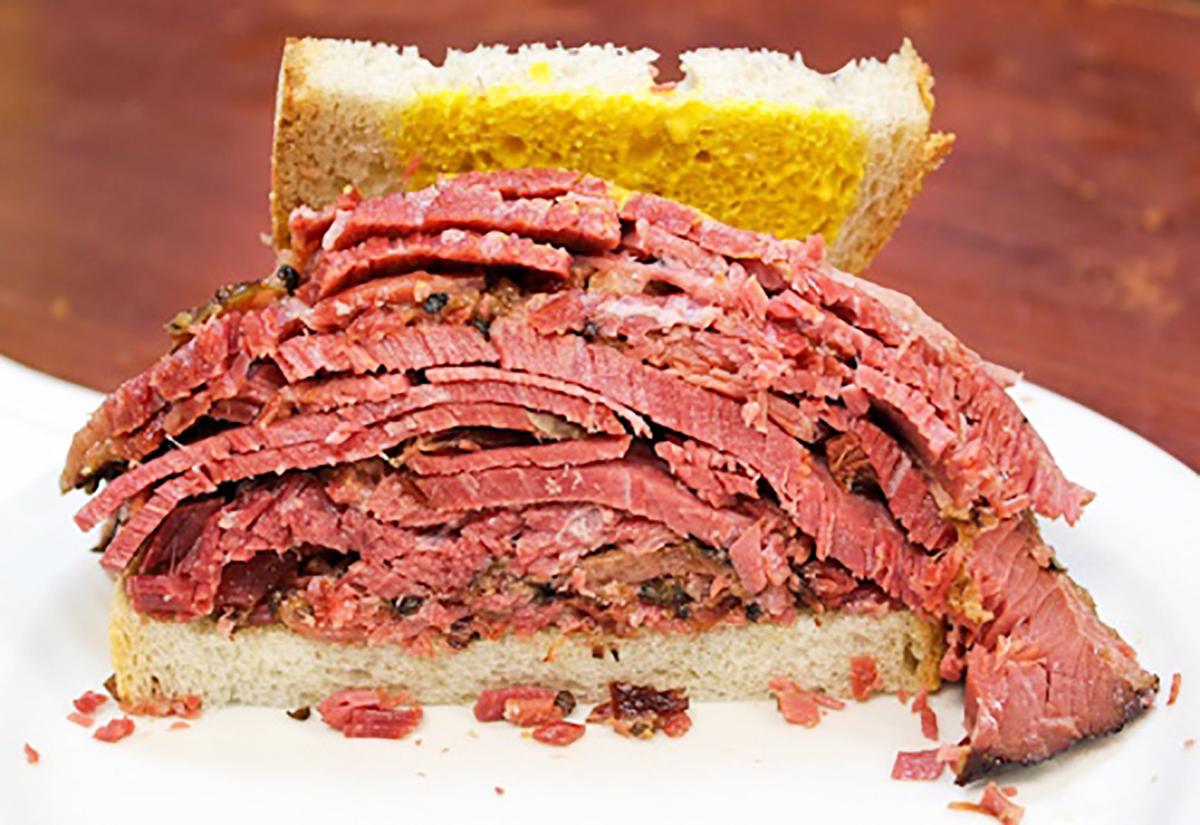 Our judges raved about the entries from Schwartz’s, calling it the most flavourful.

Seven judges dug into the meaty mega-popular Montreal staple provided to us by five restaurants.

Our judges raved about the entries from Schwartz’s, calling it the most flavourful.

Seven judges dug into the meaty mega-popular Montreal staple provided to us by five restaurants.

The venerable Schwartz’s, which is marking its 90th anniversary this year, came out on top in The Suburban’s first Best Smoked Meat Sandwich in the City contest. Seven judges dug into the meaty mega-popular Montreal staple provided to us by five restaurants. Six restaurants were invited but Smoke Meat Pete failed to show up as promised.

The Outremont-based Lester’s Deli and Chenoy’s West Island were in a virtual tie for second, followed closely by the Snowdon Deli and Reuben’s Deli and Steakhouse.

Our judges raved about the entries from Schwartz, calling it the most flavourful, having a good fat-to-meat ratio, being quite tender, “aged and delicious” and having a “hearty presentation.”

Lester’s Deli’s entry was found to be “nice and juicy” and to have “nice thickness;” Chenoy’s smoked meat sandwich was hailed for its presentation, perfect spiciness and tenderness; the Snowdon Deli’s entry was praised for its “nice amount of spice, perfect fat ratio,” tenderness and texture; while the entry from Reuben’s received kudos for its “strong and spicy flavour,” “nice and thick presentation” and its innovative addition of cheese.

We asked the judges for their impressions following each of their hearty meals.

“I like consistency in my sandwiches,” said one of The Suburban’s judges. “When it’s too spicy, it takes away from the quality of the meat, and when you overspice smoked meat, you take away the richness of the meat itself. I prefer to let the meat do the talking and let the spice enhance the experience.”

Another judge said the requirements for a good smoked meat sandwich are its presentation and texture. “This was an enjoyable experience, and it was nice that everybody participated,” he added.

A third judge said she likes smoked meat in general. “Most of the sandwiches were tender — it was good.” A fourth judge also said she’s a fan of smoked meat, and particularly Schwartz’s, “so this was a perfect competition.”

Michael Sochaczevski, publisher of The Suburban, said Schwartz’s “stands out as unique. “And Lester’s and Chenoy’s are really comparable,” he added.