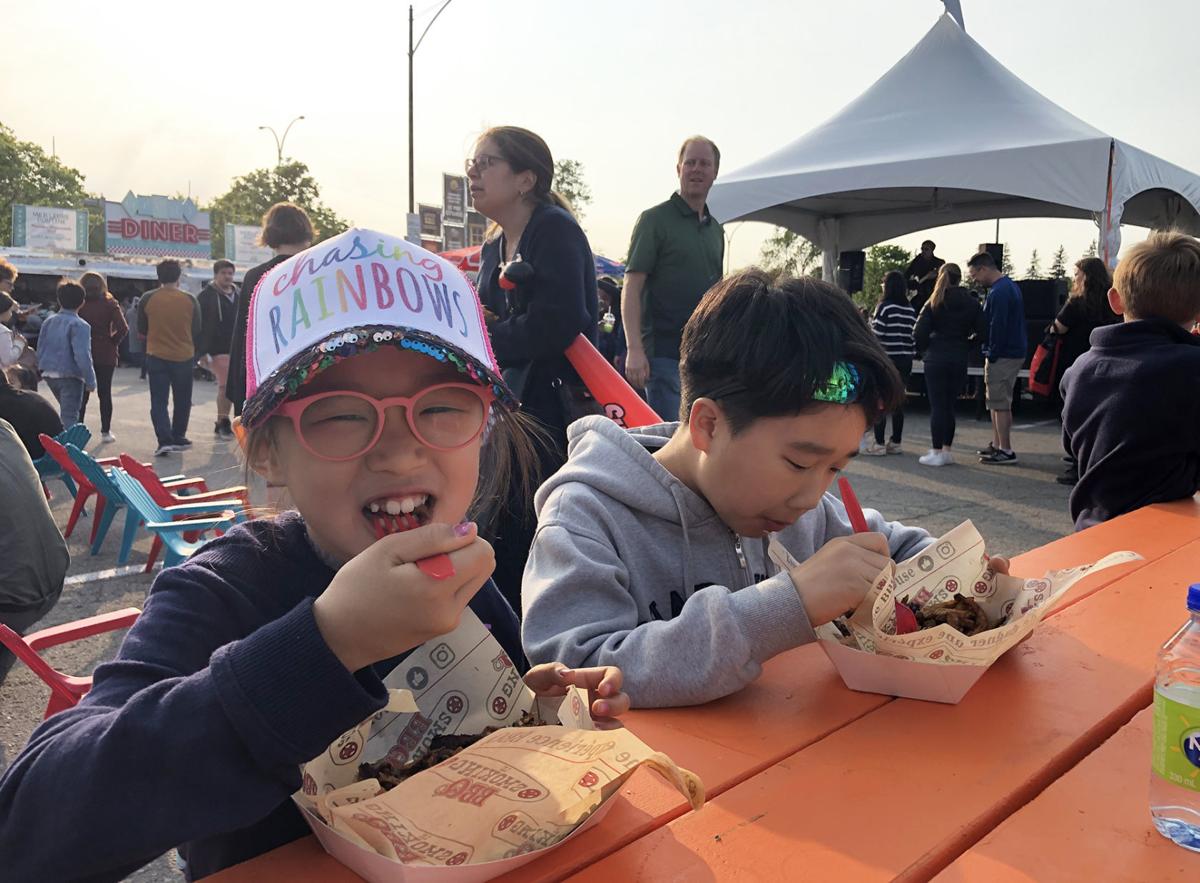 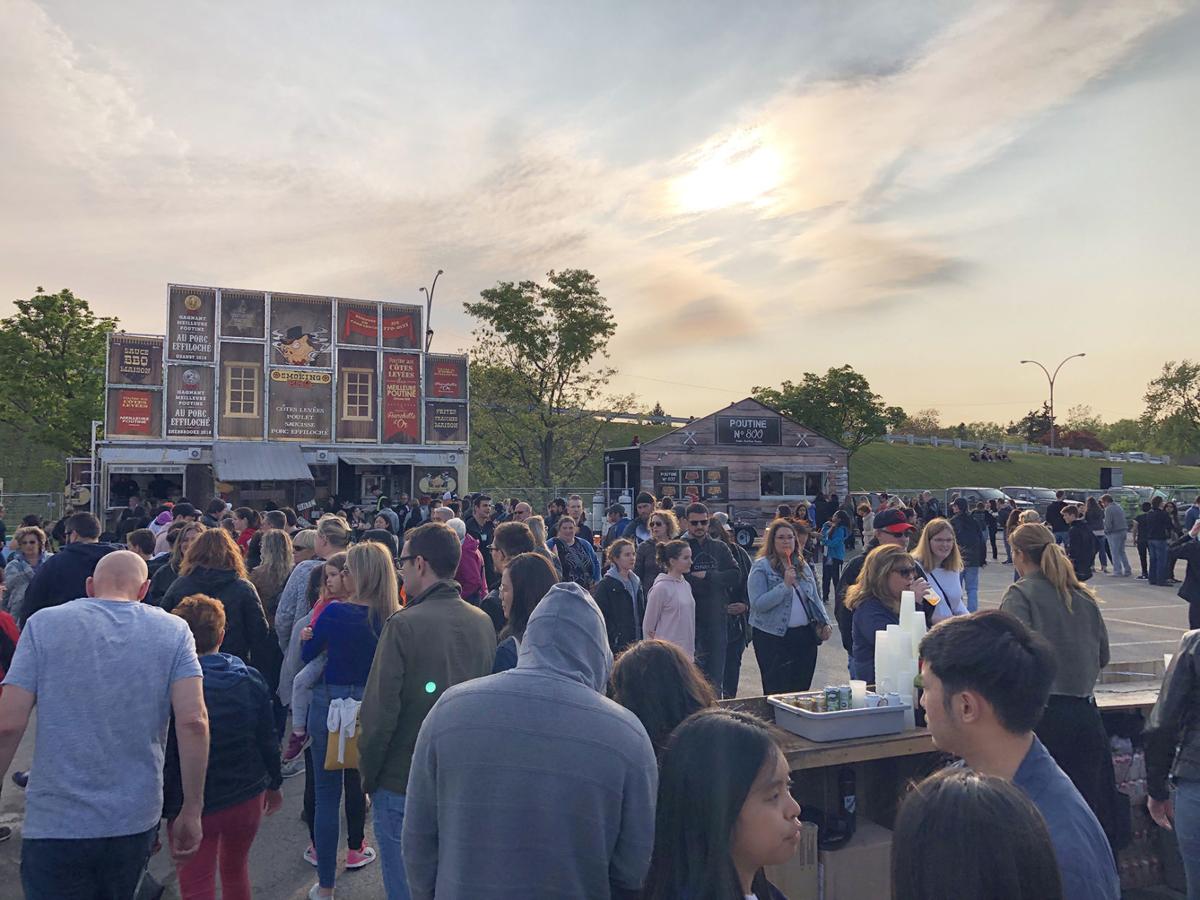 Le Grand Poutinefest du West Island 2019 was a big hit before it even opened for its first stop on the West Island. The cars of enthusiastic consumers of Quebec’s diet-slaying and belt-busting concoction consisting of French fries, cheese curds and gravy helped fill the Plaza Pointe-Claire parking lot before the gates for the three-day festival opened Friday night.

A security guard working the entrance estimated that at least 1,500 people attended the festival within the first few hours Friday. Dave Edwards, 46, made the trek from Lancaster, Ont., to partake of the food and fun on his old stomping grounds. His group arrived early and were surprised how many others were eager to get the jump on the poutine stragglers.

“Yeah, well, like I had no idea,” Edwards said. “We got here, then there was a lineup, and I wasn’t expecting that. And I think people just want to get out, and get the summer started.”

And there was no better way to get in the mood for the warmer weather we have been waiting to arrive than to dig into some poutine.

“It’s all about the cheese and the gravy,” Brittany McCarthy of Dollard-des-Ormeaux said about the pure “Plain Jane Classic” poutine she and her daughter Alexia, 8, ate — with help from 17-month-old son Connor — as they stood in front of the Poutine No. 800 food truck.

There were long lines and lengthy waits for each of the six food trucks that purveyed intriguing and delicious variations of our province’s gift to fast food. Corey Colligan, 28, of Lachine rated his General Tao poutine from Le Smoking Dragon a seven, making him the toughest critic encountered.

The Philly Steak poutine from Maison Smokies found a fan in Matthew Weber, 15, who sat with six of his St. Thomas High School classmates on the grassy hill overlooking the parking lot.

“It’s probably the best I’ve ever had,” Weber said. “I put spicy mayo on top, too. It just kind of all works together.”

A half-hour wait and $30 was the total price to pay for a delicious Double Cheese Bacon poutine and a Club Sandwich poutine from Greg’s Diner that found a grateful home chez nous, and two $1 plastic forks, each of which helped raise funds for the Lakeshore General Hospital Foundation, along with the sale of reusable plastic drinking glasses that were sold for $2 apiece.

“I’m very surprised at the turnout,” said Elaine Thomson, 57, of Pointe-Claire. “I think it will be great for the neighbourhood. There’s not much that goes on around here — like really? For kids, for families? I think it’s a really good thing.”

In a Monday morning email, Plaza Pointe-Claire’s Helpert said, in all, approximately 25,000 people attended the 2 1/2-day event. “We were even busy [on Sunday] — despite the rain,” she wrote, adding, “Not bad for the first ever West Island Poutinefest.”

Along with Plaza Pointe-Claire, the event was hosted by Le Grand FoodFest, Global Montreal, West Island Mommies, The Beat, and The Suburban Newspaper.