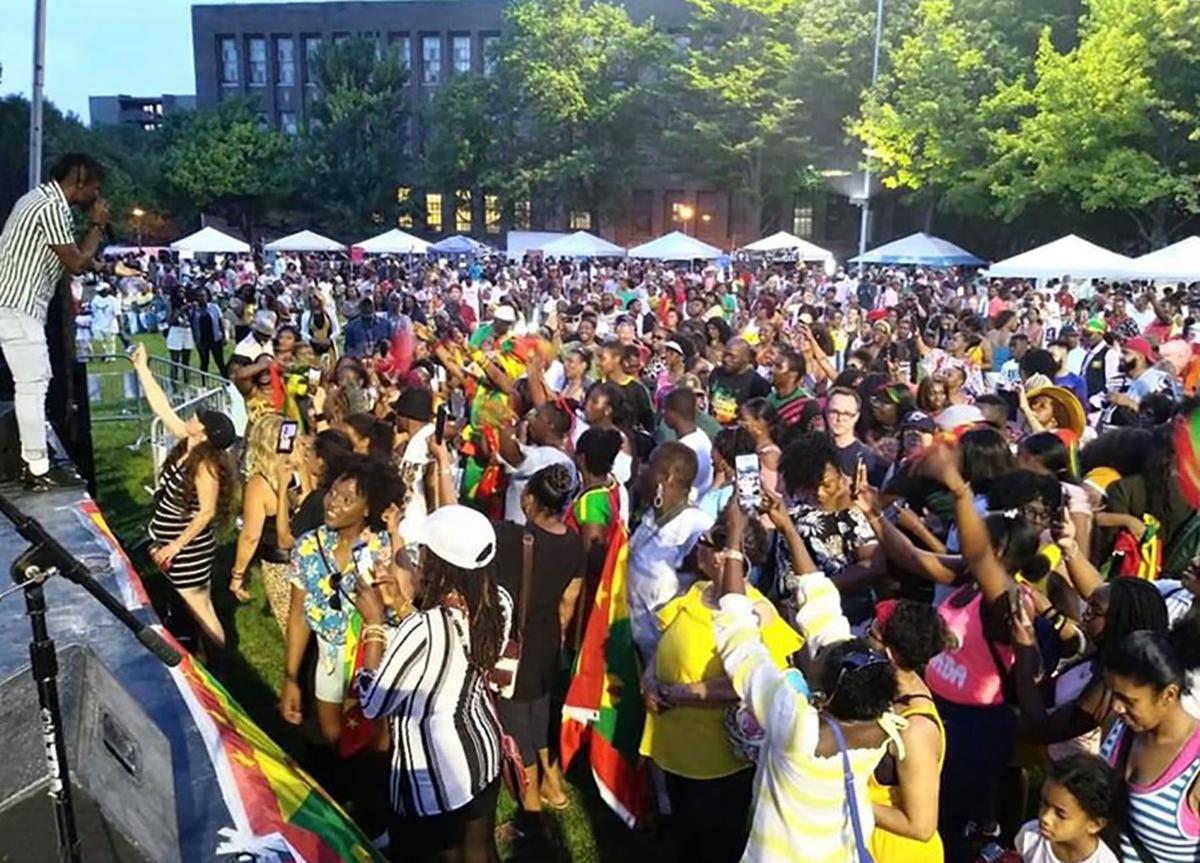 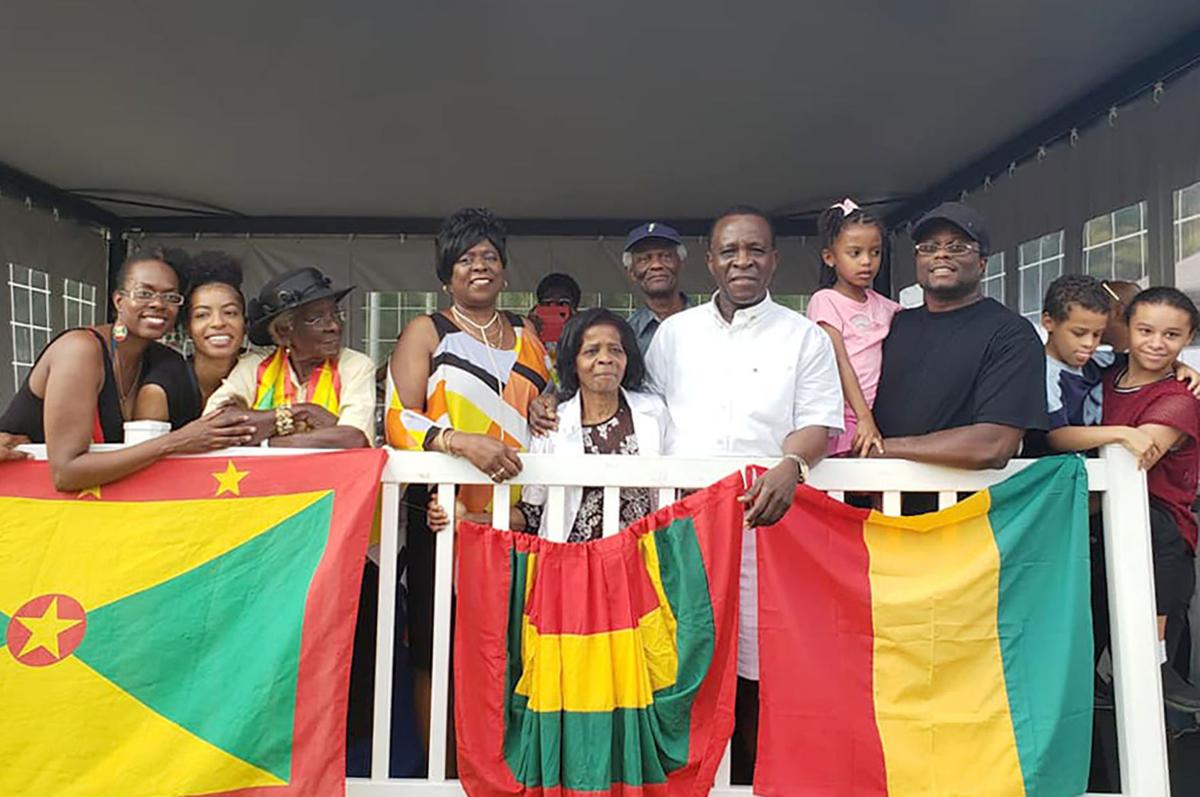 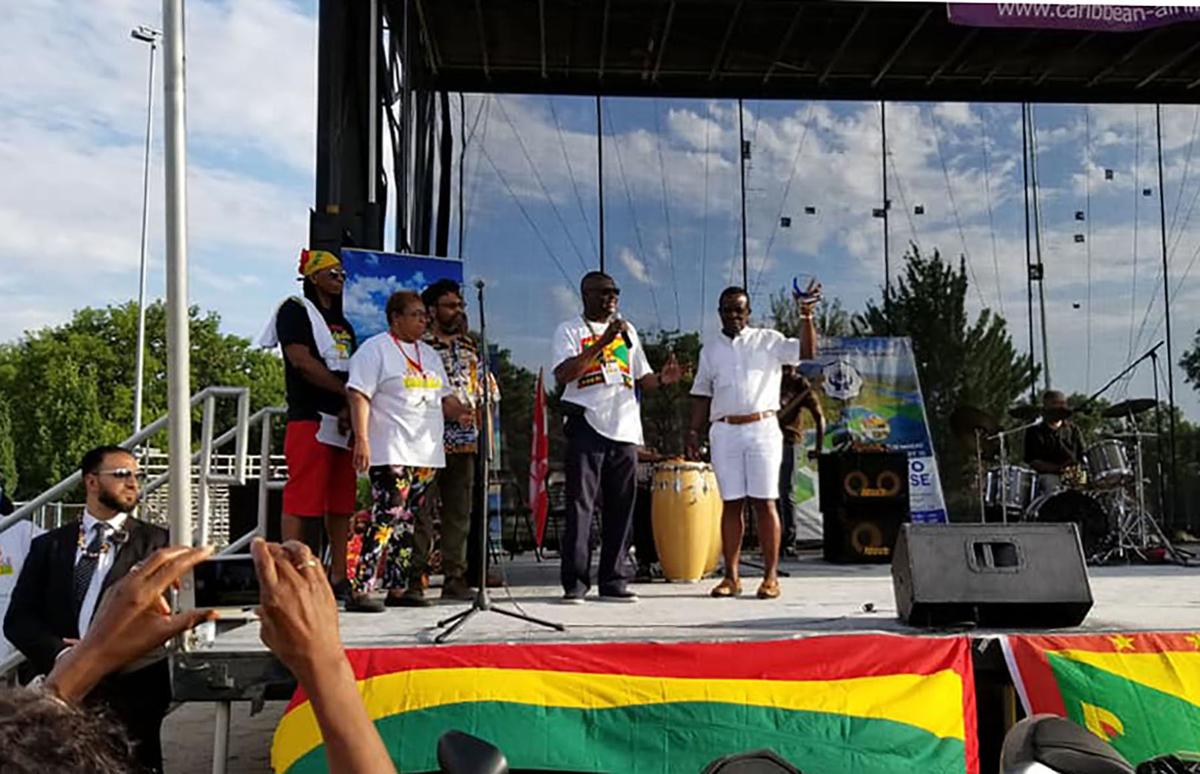 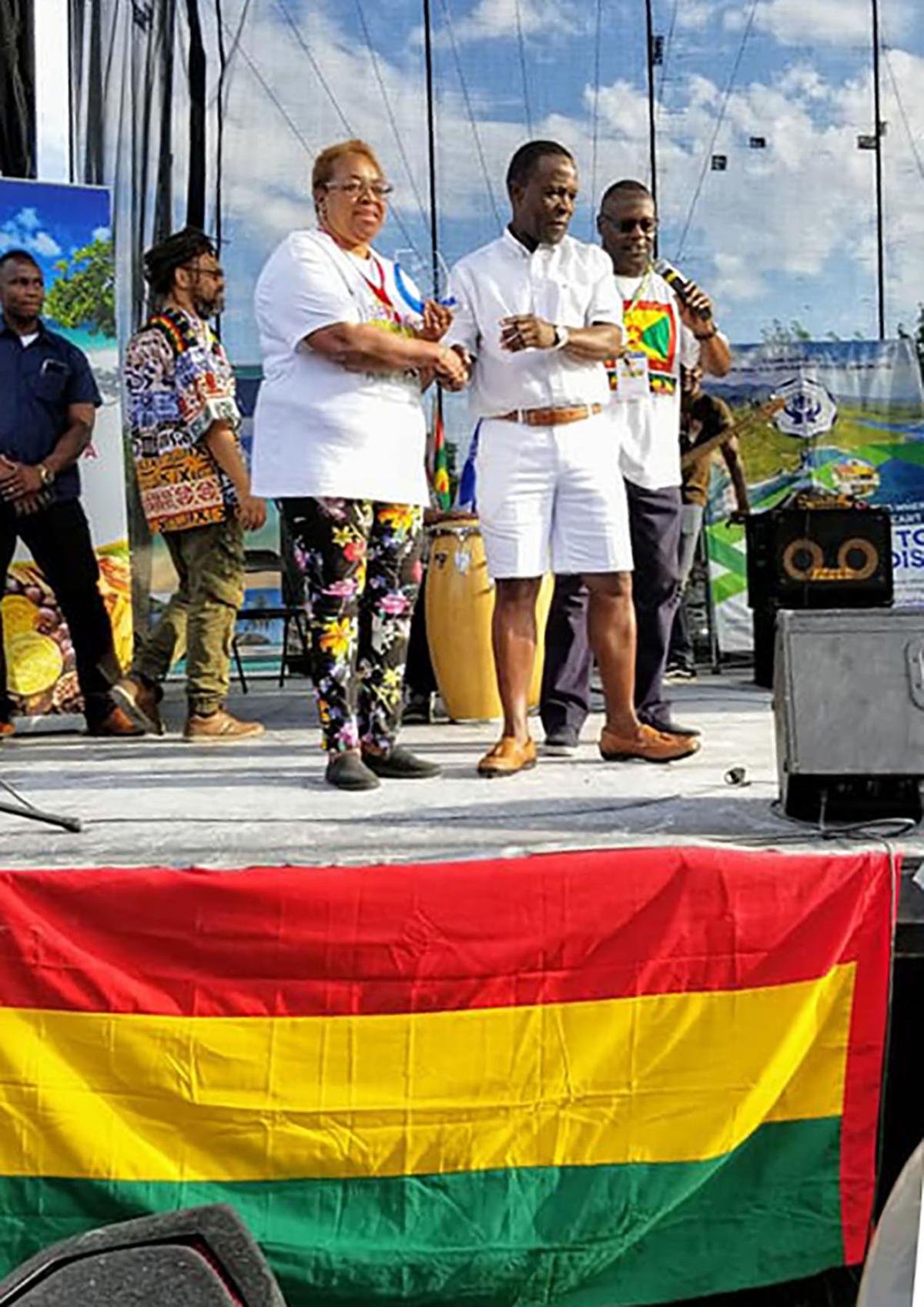 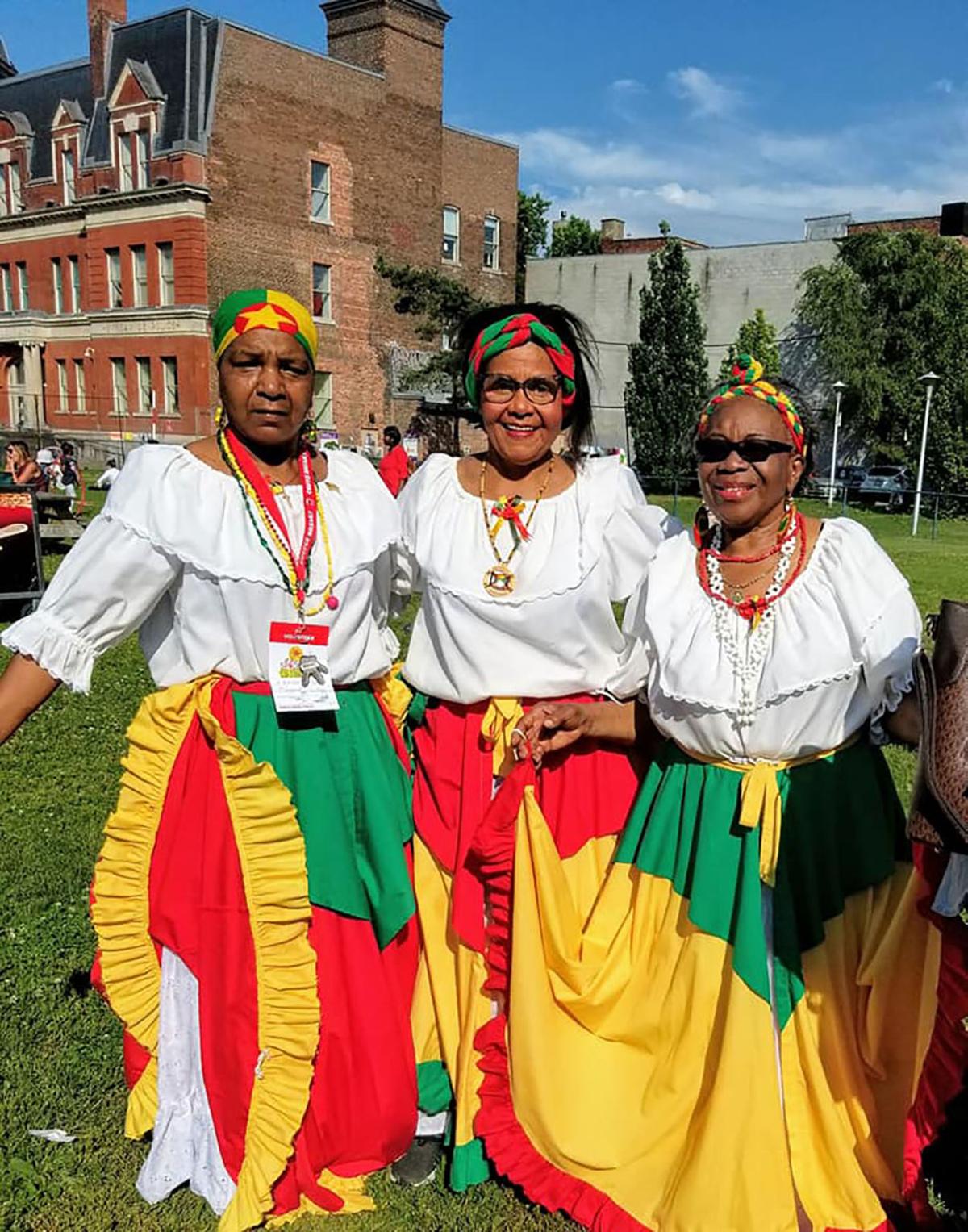 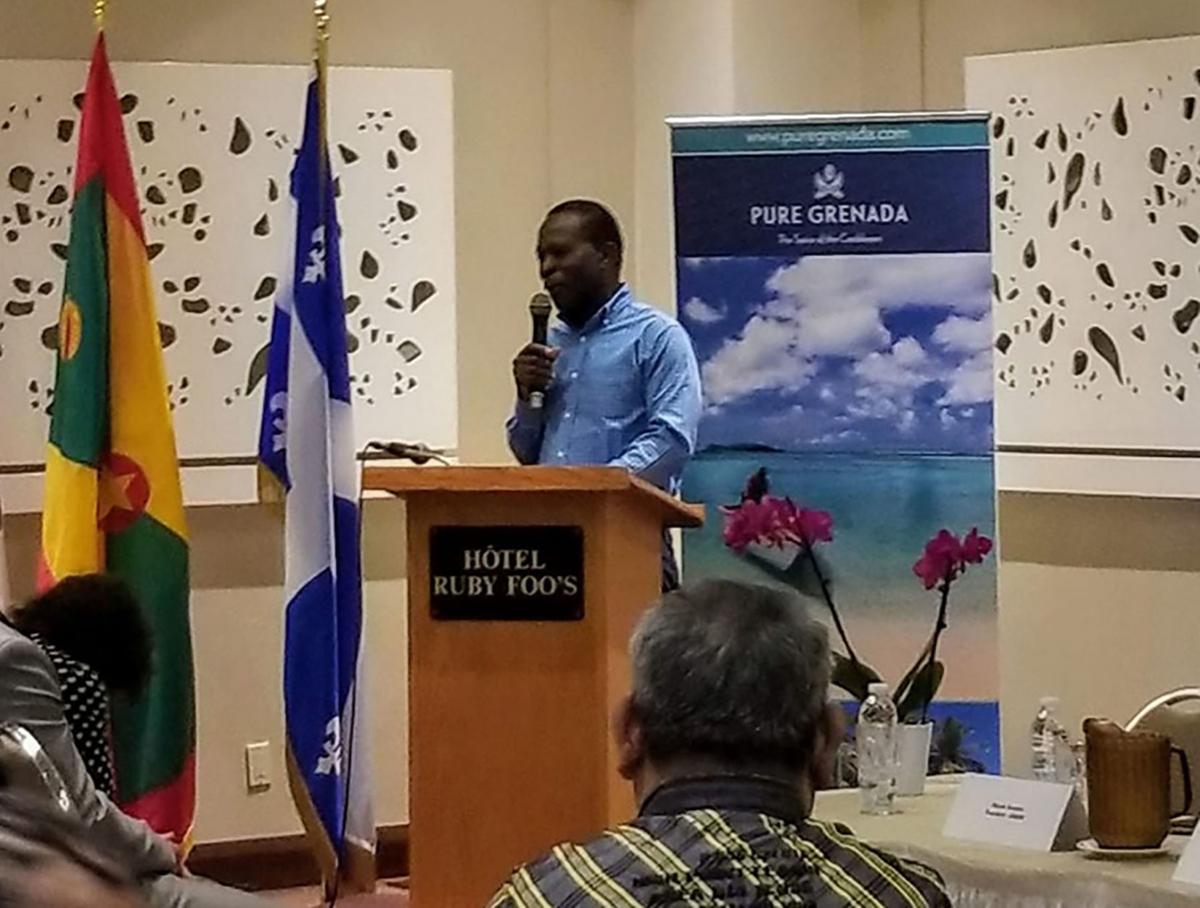 Addressing the over 4,000 Grenadians and friends of Grenada from Montreal, Toronto, Ottawa, the United States and other parts of North America, Mitchell called for unity amongst Grenadians in the Diaspora. вЂњMy visit is mainly to build strong relationships with Grenadians living in the diaspora,вЂќ he said.

Mitchell was very excited to see such a large crowd gathered together in harmony to enjoy the sounds, smells and sights of the Spice Island. He visited all 27 foods and arts and crafts vendors selling everything from Oil Down, Breadfruit, Julie Mangos, Jerk and BBQ Chicken to saltfish souse and bakes. He enjoyed the Shooting Stars Shortknee presentation and the welcome poem they recited to him. The Shooting Stars ranged in ages 5 to 10 years.

A Community Award was presented to Grenadian community stalwart, Gemma Raeburn-Baynes, by the Prime Minister, on behalf of the Spice Island Cultural Day Association of Quebec, for her work on this festival and for her many other initiatives in MontrealвЂ™s Black community for over 50 years.

The SICDAQ Association also presented вЂњThe Iconic Grenadian AwardвЂќ to Grenadians living in the diaspora, in appreciation and recognition for the great work they are doing in bringing the Spice Island to the forefront. Receiving such awards were Glen McDonald aka DJ20/20; Leon Charles, Owner of Greenz Restaurant; Rossy and Andre Whiteman of Jab Jab Orchestra and Lennox Antoine, Owner of Island Flava Restaurant in Ottawa.

Bringing all the heat directly from Grenada were Calypsonians Shortpree and Boyzie, both Monarchs in their respective genre. Geared to the youth, these two young men certainly had everyone jumping, waving and having a great time. Doggies, KennyC, MelloG, Love Man Kent, Zina Edwards and the Fitz-Patrick were among the many artistes holding down the Spice Day.

RideAlong live New York, Mr. Junior George, was on spot as the Master of Ceremonies and kept the eight hour show moving quickly along. Performers ranging from Reggae to Gospel to Calypso to dancers and cultural performers packed the afternoon with music, song, dance and Caribbean culture.

It was a great Spice Island Cultural Day which has now joined MontrealвЂ™s Festivals line up.