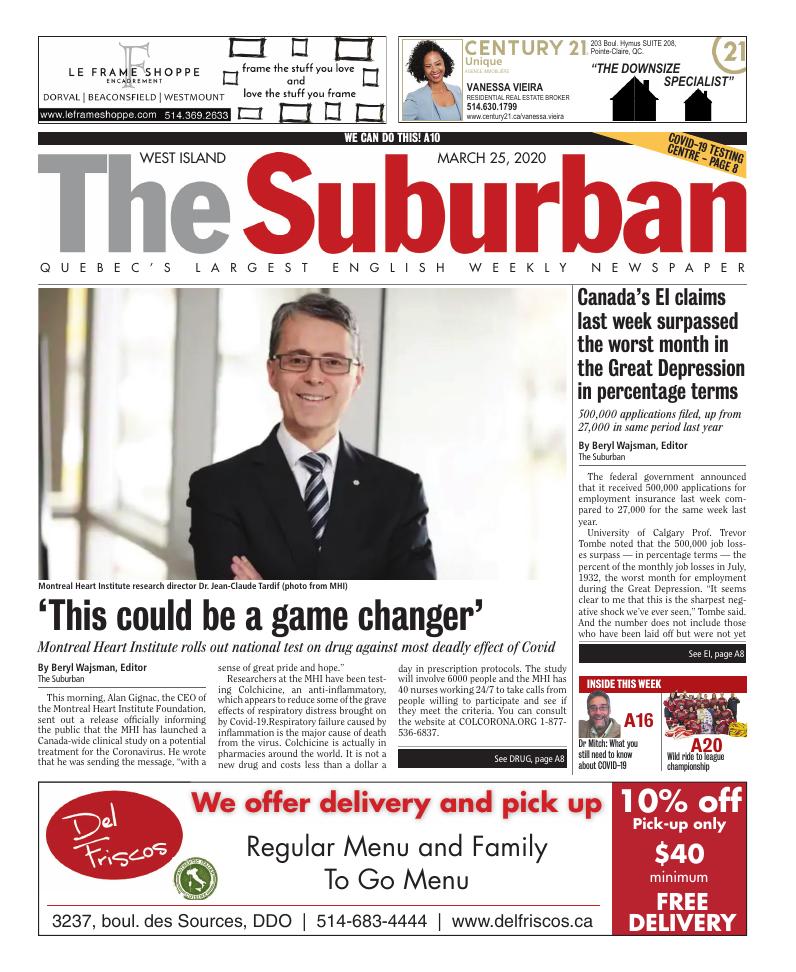 Alan Gignac, the CEO of the Montreal Heart Institute Foundation, sent out a release officially informing the public that the MHI has launched a Canada-wide clinical study on a potential treatment for the Coronavirus. He wrote that he was sending the message, “with a sense of great pride and hope.”

Researchers at the MHI have been testing Colchicine, an anti-inflammatory, which appears to reduce some of the grave effects of respiratory distress brought on by Covid-19.Respiratory failure caused by inflammation is the major cause of death from the virus. Colchicine is actually in pharmacies around the world. It is not a new drug and costs less than a dollar a day in prescription protocols. The study will involve 6000 people and the MHI has 40 nurses working 24/7 to take calls from people willing to participate and see if they meet the criteria. You can consult the website at COLCORONA.ORG 1-877-536-6837.

MHI research director Dr. Jean-Claude Tardif told La Presse, “We have literally not slept for six days. Honestly, I think we have never seen this in history where a clinical study has been organized like this.What normally takes six months has been done in six days. The mobilization of doctors, researchers, private enterprises and governments has been absolutely extraordinary. If this works, and we stop the worst effects of the virus, it changes everything. The pressure on hospitals will be off as we won’t need to hospitalize so many and we won’t need quarantines.”

The MHI has been at the centre of a remarkable public/private partnership. The COLCORONA project was co-ordinated with the Centre for Clinical Studies of Montreal, financed by the Government of Quebec, the technological platform was developed by CGI, Pharmascience is producing the Colchicine and Telus installed the phone lines and communication platform.

Colchicine is a medication normally used to treat gout and Behçet’s disease. In gout, it is less preferred to NSAIDs or steroids. Other uses include the prevention of pericarditis and familial Mediterranean fever. It is taken by mouth. It is generally prescribed for a short-term and the MHI study will seek to determine if that is sufficient to reduce the risks of pulmonary complications and death related to Covid.

The federal government announced that it received 500,000 applications for employment insurance last week compared to 27,000 for the same week last year.

University of Calgary Prof. Trevor Tombe noted that the 500,000 job losses surpass — in percentage terms — the percent of the monthly job losses in July, 1932, the worst month for employment during the Great Depression. “It seems clear to me that this is the sharpest negative shock we’ve ever seen,” Tombe said. And the number does not include those who have been laid off but were not yet eligible for EI.

Economists are warning these layoffs could just be the beginning. “This is going to be very, very bad,” said Kevin Milligan, economics professor at the University of British Columbia. “My best guess is that we are very likely to do worse in March, 2020, than the worst month in the 1930s.” Prof. Tombe has said Canada’s biggest drop in employment for a single month during the Great Depression was 2.5 per cent.This week’s job loss figure is at 2.6%. Job losses are paralleling market losses as North American stock markets are having their worst month in percentage terms since 1932 as well.

Canadian companies are laying off thousands of employees in what is expected to be the first wave of massive job losses as global demand dries up and businesses shut down because of the policies instituted to fight the coronavirus. The Canadian figure is worrisome as it generally amounts to 10% of the U.S. number. The latter was expected to be 2,250,000 next Thursday, up from 200,000 last month. Our number may presage a higher American number.

Among the major employers announcing cuts were Fiat Chrysler Automobiles laying off 8,900, Cirque du Soleil Entertainment Group laid off 4,679 after stopping all 44 shows in production, Air Canada cut 5,100 flight attendants, Air Transat 1,900, Irving Shipbuilding Inc. suspended operations and cut 1,373 of its 1,800 employees. Susie Grynol, president of the Hotel Association of Canada, said,”The hotel industry has completely crashed over the last 10 days. Those that are still open have skeleton crews and less than 10-per-cent occupancy.” She expects between 200,000 and 250,000 jobs could be lost.

Statistics Canada next monthly Labour Force Survey is due April 9 based on data collected from March 15-21. 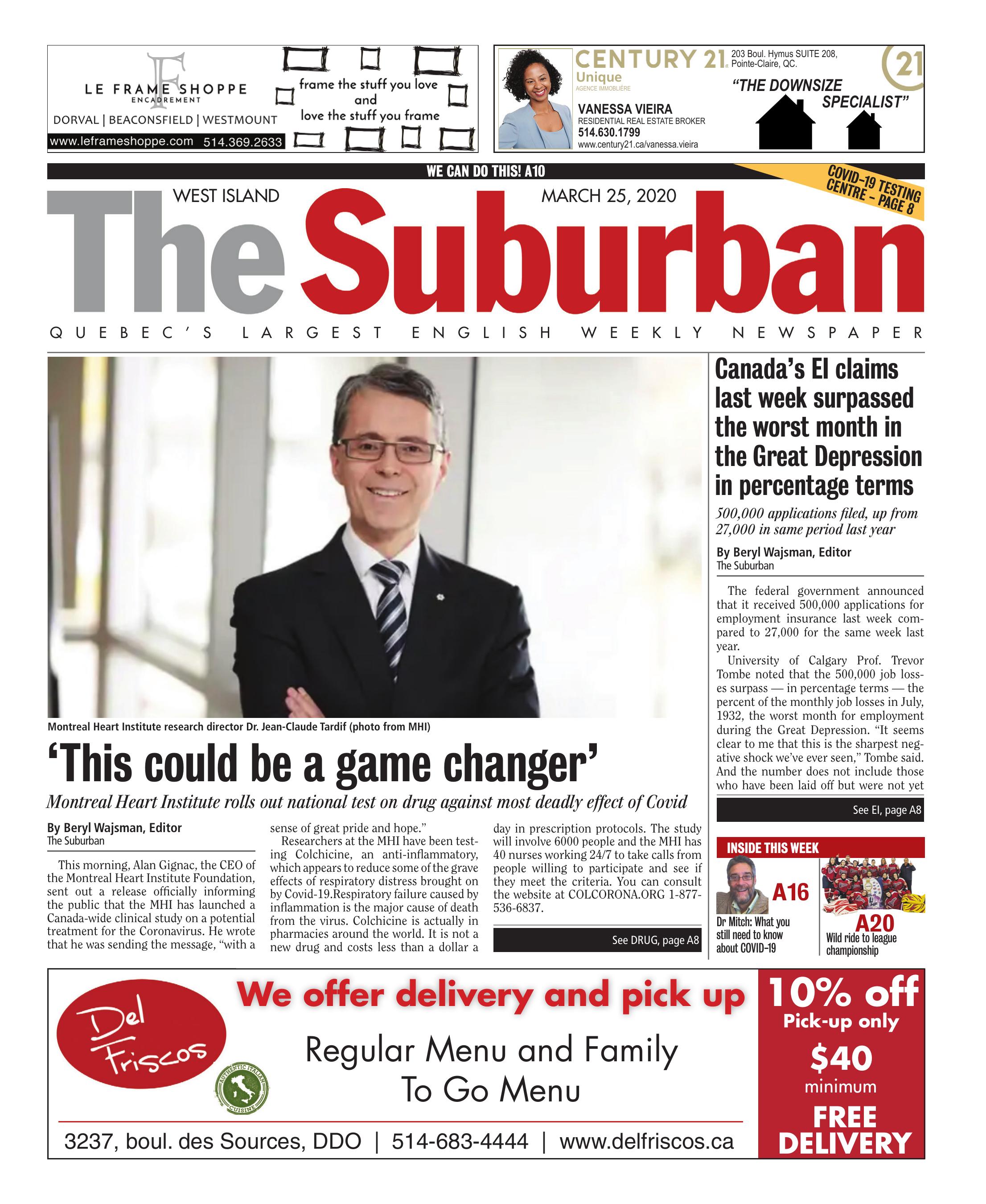