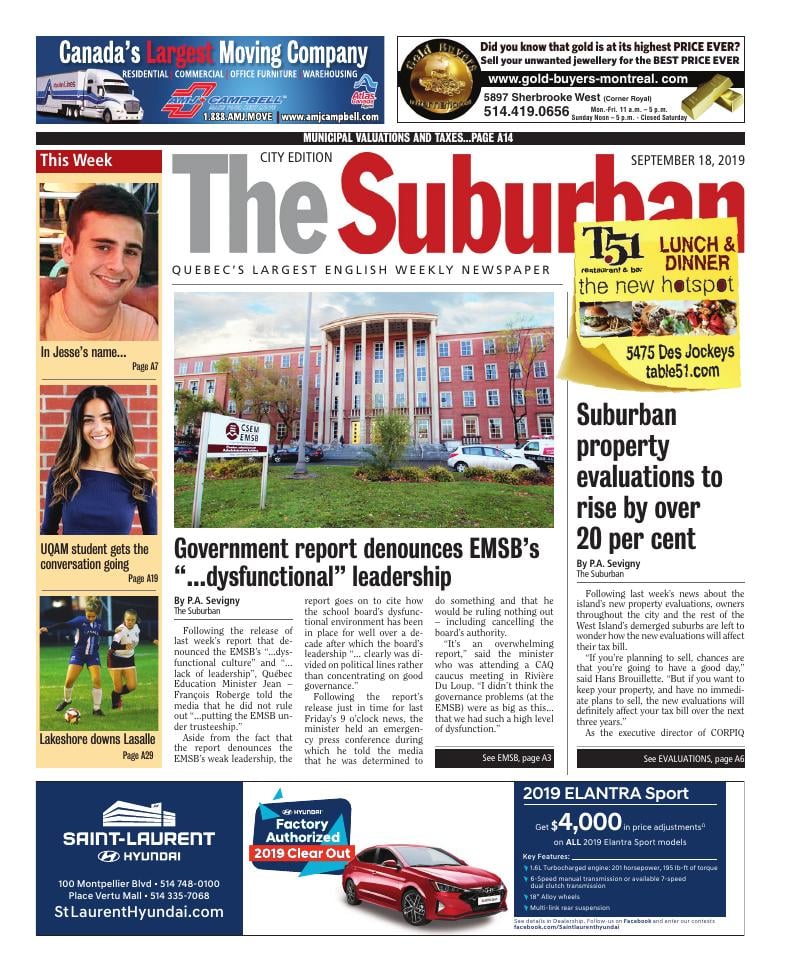 Following the release of last week’s report that denounced the EMSB’s “...dysfunctional culture” and “...lack of leadership”, Québec Education Minister Jean – François Roberge told the media that he did not rule out “...putting the EMSB under trusteeship.”

Aside from the fact that the report denounces the EMSB’s weak leadership, the report goes on to cite how the school board’s dysfunctional environment has been in place for well over a decade after which the board’s leadership “... clearly was divided on political lines rather than concentrating on good governance.”

Following the report’s release just in time for last Friday’s 9 o’clock news, the minister held an emergency press conference during which he told the media that he was determined to do something and that he would be ruling nothing out – including cancelling the board’s authority.

“It’s an overwhelming report,” said the minister who was attending a CAQ caucus meeting in Rivière Du Loup. “I didn’t think the governance problems (at the EMSB) were as big as this...that we had such a high level of dysfunction.”

He also reminded the media that this was the third time government officials had to step in to rectify the board’s affairs following similar charges in 2009 and 2017 when they had to help the board improve both its management and its administrative affairs. Based upon this latest report, Roberge said that the government’s patience is running thin, “... and it’s clear that the status quo cannot be tolerated.” While the report suggests that the minister has a number of options to deal with the situation, he said that that he has not made a final decision as to what he is going to do. When asked about the report’s timing, Roberge said that wasn’t much of a coincidence “... because everybody knew that it was due to come out this week.”

“We’re not playing politics with this issue’” he said. “We’re not going to play politics over the rights of the children to get a decent education.”

Aside from a brief statement that appeared on the board’s website, EMSB Chairman Angela Mancini said that she would have little to say about the government’s report until she had time to review its content.

“First and foremost, we are troubled by the fact that we found out about this report via the media,” wrote Mancini. “We had to ask the media for a copy.”

After telling the public that she has already called a caucus meeting with her council to properly analyse the report, Mancini said that she would have more to say about the issue in a few days’ time. 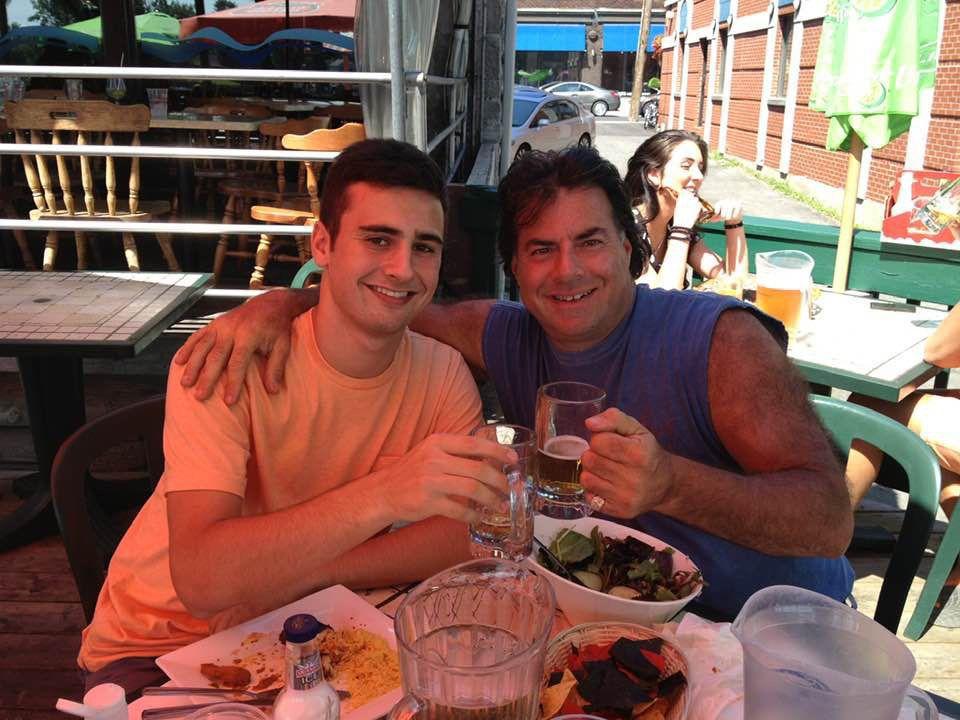 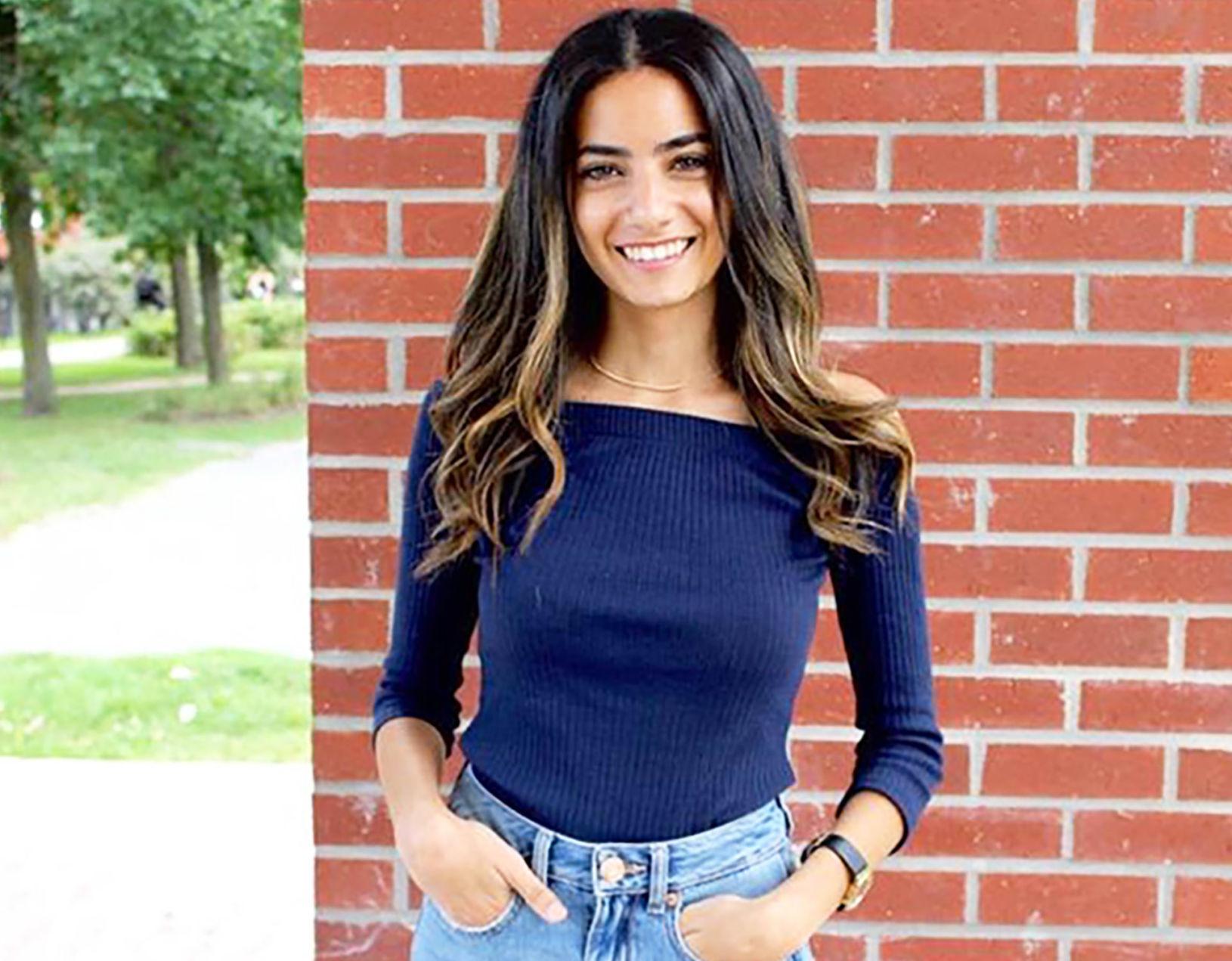 UQAM student Julie Zaky is a member of Jack.org, a national network of young leaders who are working to change the way people think about mental health.

Located in the city that pays the highest taxes on the continent, this Westmount home is worth more than 20% than it was worth two weeks ago thanks to Montreal's new evaluation rates.

Following last week’s news about the island’s new property evaluations, owners throughout the city and the rest of the West Island’s demerged suburbs are left to wonder how the new evaluations will affect their tax bill.

“If you’re planning to sell, chances are that you’re going to have a good day,” said Hans Brouillette. “But if you want to keep your property, and have no immediate plans to sell, the new evaluations will definitely affect your tax bill over the next three years.”

As the executive director of CORPIQ – the Québec Landlords Corporation – Brouillette said that the recent 13.7% (average) rise in municipal properties — more than the previous triennial 5.9% valuation hike – could indicate that we may be going back to the bad old days when there was nothing unusual about a 20% valuation hike during the early years of the Tremblay administration. Based upon real estate sales data collected over the past three years, the new evaluations will provide an arbitrary value by which the city can adjust both the island’s municipal taxes as well as its school taxes. Based upon the more than 31,000 real estate transactions on the island of Montreal that occurred over the past three years, the new rates will reflect the city’s thriving real estate market that will now affect the value of each and every one of the 488,683 properties located on the island.

As the 20% (19.8% to be exact) hike in property values throughout the Verdun borough (the highest of the boroughs) may reflect the realities of the rising cost of inner-city properties, most of the city’s owners can expect to see their property’s value rise by an average of 14% if not more. While the Plante administration is pleased to see how the new evaluations reflect both the city’s economic health as well as its prospects for the future, Mayor Plante also mentioned that her administration is determined to limit any kind of tax increase within normal rates of inflation.

“We’re not concerned with property values as much as we’re concerned about what the city needs ... and how we’re going to pay for it.”

Brownstein also mentioned that it’s going to be a different story once the new evaluation rates begin to affect the island’s so-called “independent” suburbs – especially when it’s time to pay their newly adjusted “Agglo” bill for all of the city’s usual services.

“With these new rates, there’s no way the suburbs can avoid paying more for their ‘Agglo’ services,” said Brownstein.

While Dorval is in first place with its 27.4% rate hike, rate increases include an added 23.1% for Montreal’s Town of Mount Royal (TMR), another 20.6% for Westmount, and a further 25.9 % for Beaconsfield. Many, including many of the city’s senior homeowners, may be forced to finally sell their homes because people with little more than a fixed pension income will no longer afford to keep their homes because they can no longer afford to pay their taxes. 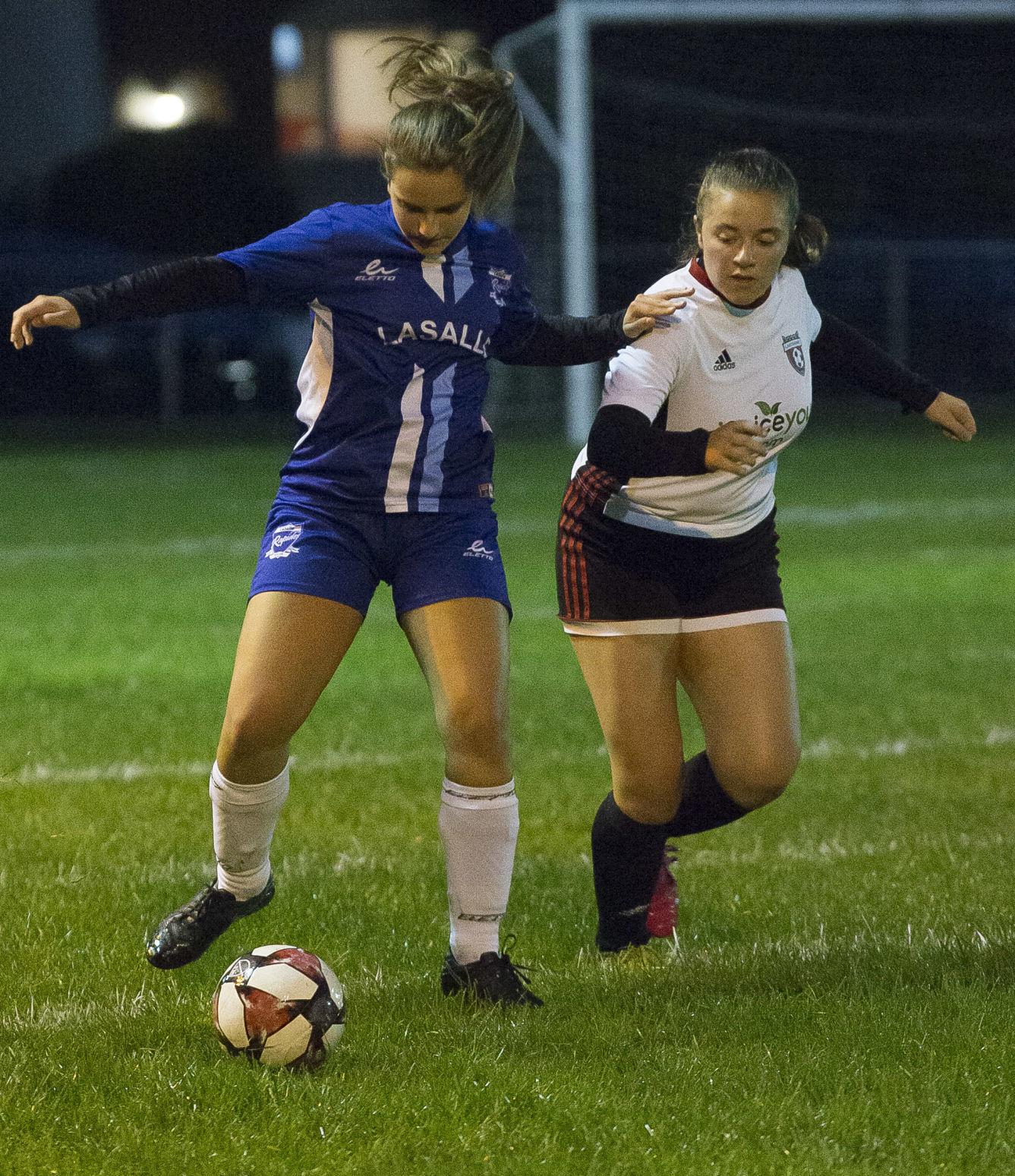 “The weather made it difficult, we were tied at half time and we just told the players to keep it up,”Lakeshore head coach Eric Veilleux said. “They came back really hard and we told our girls to keep pushing.” 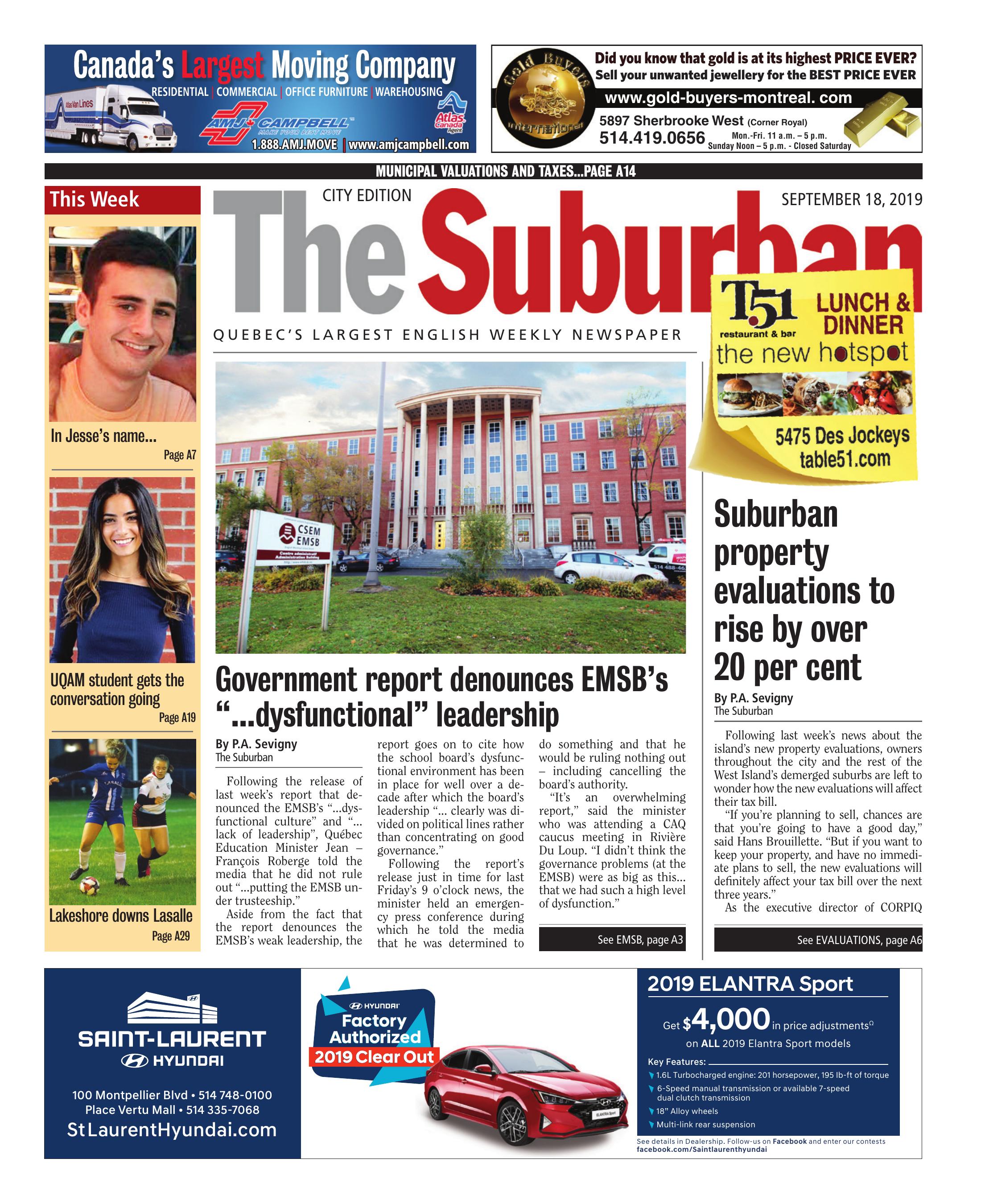