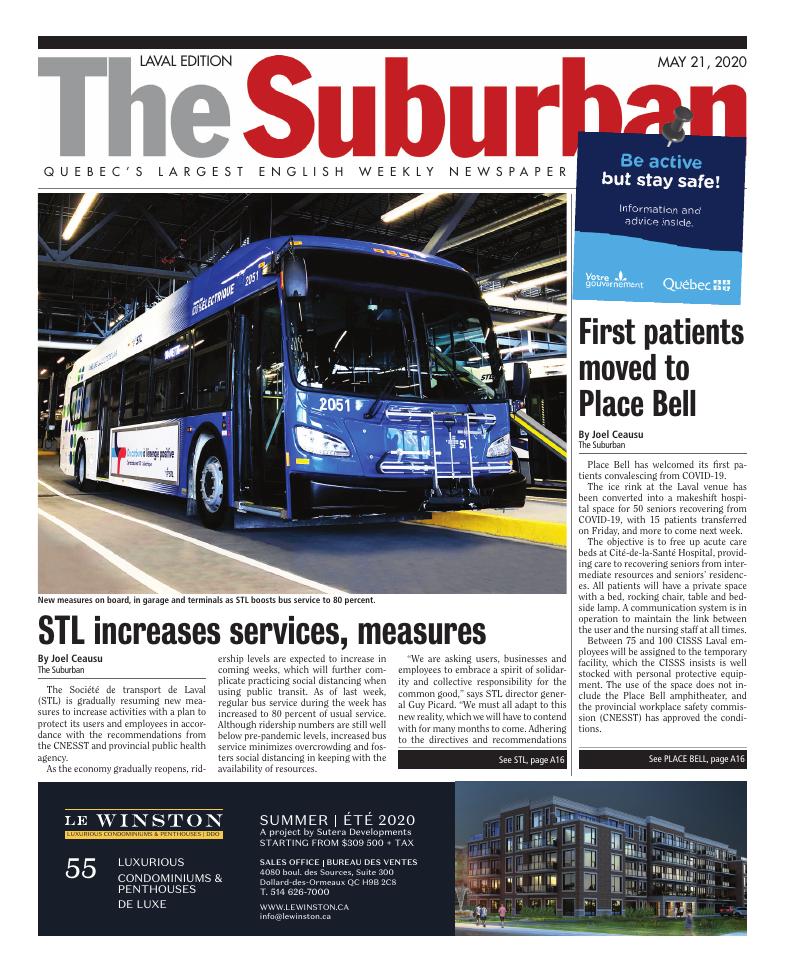 New measures on board, in garage and terminals as STL boosts bus service to 80 percent.

The Société de transport de Laval (STL) is gradually resuming new measures to increase activities with a plan to protect its users and employees in accordance with the recommendations from the CNESST and provincial public health agency.

As the economy gradually reopens, ridership levels are expected to increase in coming weeks, which will further complicate practicing social distancing when using public transit. As of last week, regular bus service during the week has increased to 80 percent of usual service. Although ridership numbers are still well below pre-pandemic levels, increased bus service minimizes overcrowding and fosters social distancing in keeping with the availability of resources.

“We are asking users, businesses and employees to embrace a spirit of solidarity and collective responsibility for the common good,” says STL director general Guy Picard. “We must all adapt to this new reality, which we will have to contend with for many months to come. Adhering to the directives and recommendations requires changing how we do things so we may continue providing this essential service.”

In addition to maintaining a two-metre protective buffer zone behind the driver, the STL is developing a solution with a physical barrier as a way of further isolating drivers from users.

As per public health recommendations, the STL is strongly urging users to wear face coverings, and along with exo, and regional transit agencies will start distributing reusable face coverings to users. As a reminder, posters are installed on buses and in bus terminals.

Since the pandemic began, the STL has adapted its cleaning procedures and upped its cleaning frequency across its operations, i.e. vehicles, terminals, offices and garage. These exceptional measures will remain in effect for as long as the situation warrants it.

In addition to increasing cleaning operations in the three Laval terminals, the STL has also made benches in waiting areas off limits and will station sanitizer dispensers in waiting areas for users and employee rest areas.

Paratransit service partners Chartrand inc. and Taxi Co-op Laval are employing specific precautionary measures to protect employees and users, including wearing of mask and goggles or visor by drivers; sanitizers for users before boarding; cleaning of minibuses and taxis between trips; thorough disinfection of minibuses daily; limit of 2 users per minibus / 1 per taxi (backseat only); and some taxis outfitted with plexiglass barrier separating the front and back of the vehicle.

Certain extra measures are also being evaluated, such as posting the number of riders on buses, to help users plan their commutes.

Businesses are also encouraged to continue opting for tele-work arrangements and rescheduling shifts to avoid overcrowding buses during peak hours. Similarly, the STL is asking users to avoid commuting during peak hours when possible. Laval residents are also being encouraged to avail themselves of mobility alternatives at their disposal: biking, electric BIXIs, carpooling with people living together, etc.

Place Bell has welcomed its first patients convalescing from COVID-19.

The ice rink at the Laval venue has been converted into a makeshift hospital space for 50 seniors recovering from COVID-19, with 15 patients transferred on Friday, and more to come next week.

The objective is to free up acute care beds at Cité-de-la-Santé Hospital, providing care to recovering seniors from intermediate resources and seniors’ residences. All patients will have a private space with a bed, rocking chair, table and bedside lamp. A communication system is in operation to maintain the link between the user and the nursing staff at all times.

Between 75 and 100 CISSS Laval employees will be assigned to the temporary facility, which the CISSS insists is well stocked with personal protective equipment. The use of the space does not include the Place Bell amphitheater, and the provincial workplace safety commission (CNESST) has approved the conditions.

The temporary installation was made possible with the collaboration and partnership of the city of Laval, various unions, and the Cité de la culture et du sport de Laval, whose director-general Christiane Hémond said there was no doubt when asked. “Our role is to be involved in the community. The community needs us and Place Bell could offer a quality of infrastructure desirable in the circumstances. There was no hesitation.”

“These are our families and we want to take care of them,” added CISSS Laval workers union president Marjolaine Aubé. “Whether it be our users or the dedicated staff.” 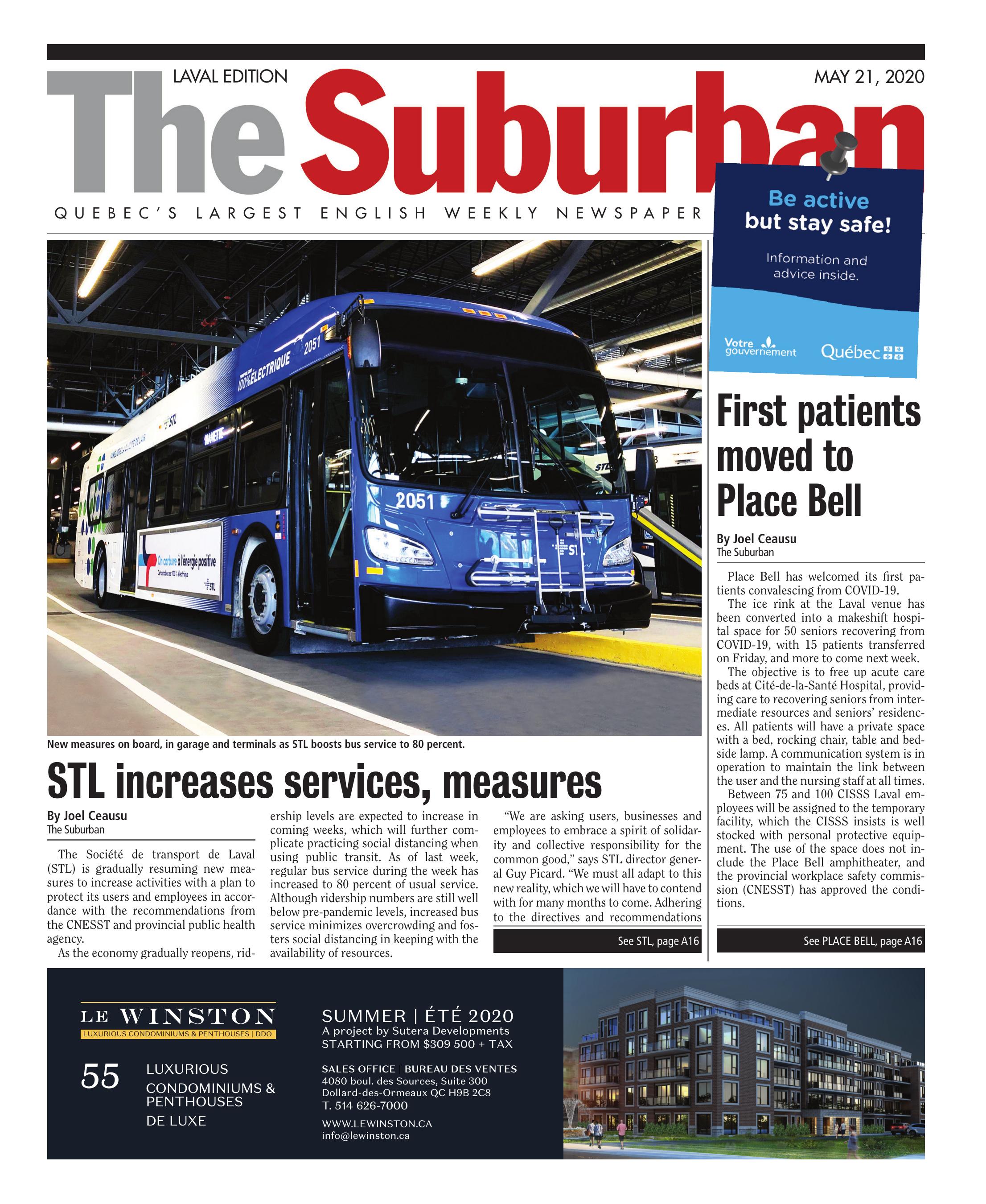