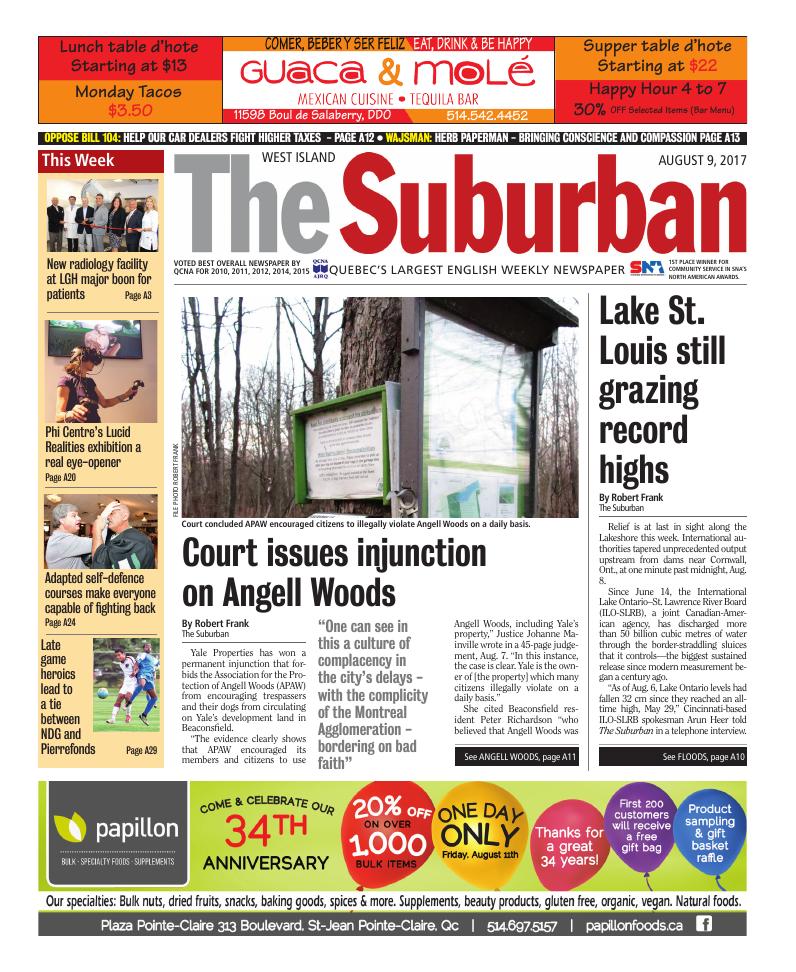 Yale Properties has won a permanent injunction that forbids the Association for the Protection of Angell Woods (APAW) from encouraging trespassers and their dogs from circulating on Yale’s development land in Beaconsfield.

“The evidence clearly shows that APAW encouraged its members and citizens to use Angell Woods, including Yale’s property,” Justice Johanne Mainville wrote in a 45-page judgement, Aug. 7. “In this instance, the case is clear. Yale is the owner of [the property] which many citizens illegally violate on a daily basis.”

She cited Beaconsfield resident Peter Richardson “who believed that Angell Woods was a public park and that the signs there belonged to the city.”

“Evidence also shows that the trail network was significantly enlarged over the years and that many citizens use it year ‘round,” she ruled. “Many of the trails are located on Yale property where trees were cut down and wooden teepees erected, all without Yale’s consent.”

She ordered APAW to “cease all activity aimed at promoting the use and maintenance of improved trails on Yale’s property without its consent.” APAW must also remove all its trail maps, signs and documents from the property and to scrub any references to them from its internet site. She also flagged APAW president Stephen Lloyd’s personal interest in the matter.

“Two homes located on Lakeview have openings that lead directly out onto Yale’s property,” Judge Mainville observed. “One of these bear’s APAW’s address and is the abode of Lloyd and his spouse [Marie-Hélène Gauthier]. The resident of the second home has gone as far as to clear the snow from a path on Yale’s property in order to access it from the back yard of their own property.”

“We have always told our members that Yale’s land is private property,” Lloyd claimed, “and have removed any walking trail signs prior to the trial.”

He told The Suburban that there are other signs in the woods that show walking trails on Yale’s land which will be removed “because it is important to respect private property.”

Judge Mainville also ordered Beaconsfield to post the conclusion of her judgement on the city’s web site, and APAW must do likewise on its own site.

In a subsequent interview, Mayor Georges Bourelle conceded that Yale’s land is private.

“As a mayor I understand that,” he acknowledged in an interview. “No one would want trespassers going through their own yards. Yale has the right to protect its own land and we will abide by that. We will post it on our website, in the Contact magazine as well as through our electronic newsletter Beaconsfield Informs.”

“We are extremely pleased with the judgment,” Lloyd told The Suburban, which “validates that the city did nothing wrong as allegations of bad faith were shown not to be the case.”

Bourelle claimed that “the judgment confirmed that the city of Beaconsfield and its administration acted correctly and is indicative that we respected the private rights of Yale’s ownership.”

Though Judge Mainville stopped short of concluding that Beaconsfield had colluded with APAW, she called the city’s actions “deplorable”.

“Bourelle’s explanation of why the city never adopted an urban development plan is unconvincing,” she wrote in her ruling. “Nonetheless the facts derived from the evidence don’t show that the city council in its entirety acted in bad faith.”

“The city was fully aware of what was going on,” she reproached, and underscored Bourelle’s political inexperience.

Judge Mainville also questioned how Beaconsfield got the Agglo to freeze all development in Angell Woods in its 2015 master urban development plan for the island.

“One can see in this a culture of complacency in the city’s delays with the complicity of the Montreal Agglomeration bordering on bad faith,” she noted, adding that the she could not rule on this dimension because the court had refused Yale’s bid to add this dimension to its case. “Obviously, the question as to whether the Montreal Agglomeration’s interim control bylaw constituted a stealth expropriation is an entirely different question that the court does not have before it to rule upon.”

Yale’s lawyer Alfred Belisle told The Suburban that “the injunction that the Court has issued is very much welcomed by Yale, which is now looking for measures to implement that aspect of the judgement.”

Justice Mainville “has set very, very high criteria to prove bad faith,” he said in an interview, adding that, “from certain paragraphs of the judgement there are certain facts that the judge appears to have misunderstood. That happens sometimes. We will have to reassess that aspect of the judgement with our client during the next few days.”

However, the Montreal municipal merger complicated matters in 2005. Housing up to four storeys and a small commercial space remained allowable on Elm, with only single-family homes elsewhere in the district.

Five years later, the newly demerged Beaconsfield passed a temporary bylaw “that imposed much more severe development standards than those specified in the 2005 urban development plan.”

The suburb was supposed to follow up with a permanent urban development plan, but that “was not a priority,” Bourelle testified. Beaconsfield asked for two extensions. The Dec. 1, 2016 deadline for the second passed without any action on the city’s part.

While Judge Mainville did not find that the city had abused its powers, she also confirmed that Yale could proceed with construction according to rules currently in place, which allow for the development of 216 units: 144 single-family and 72 town homes.

With files from Kevin Woodhouse and Albert Sévigny 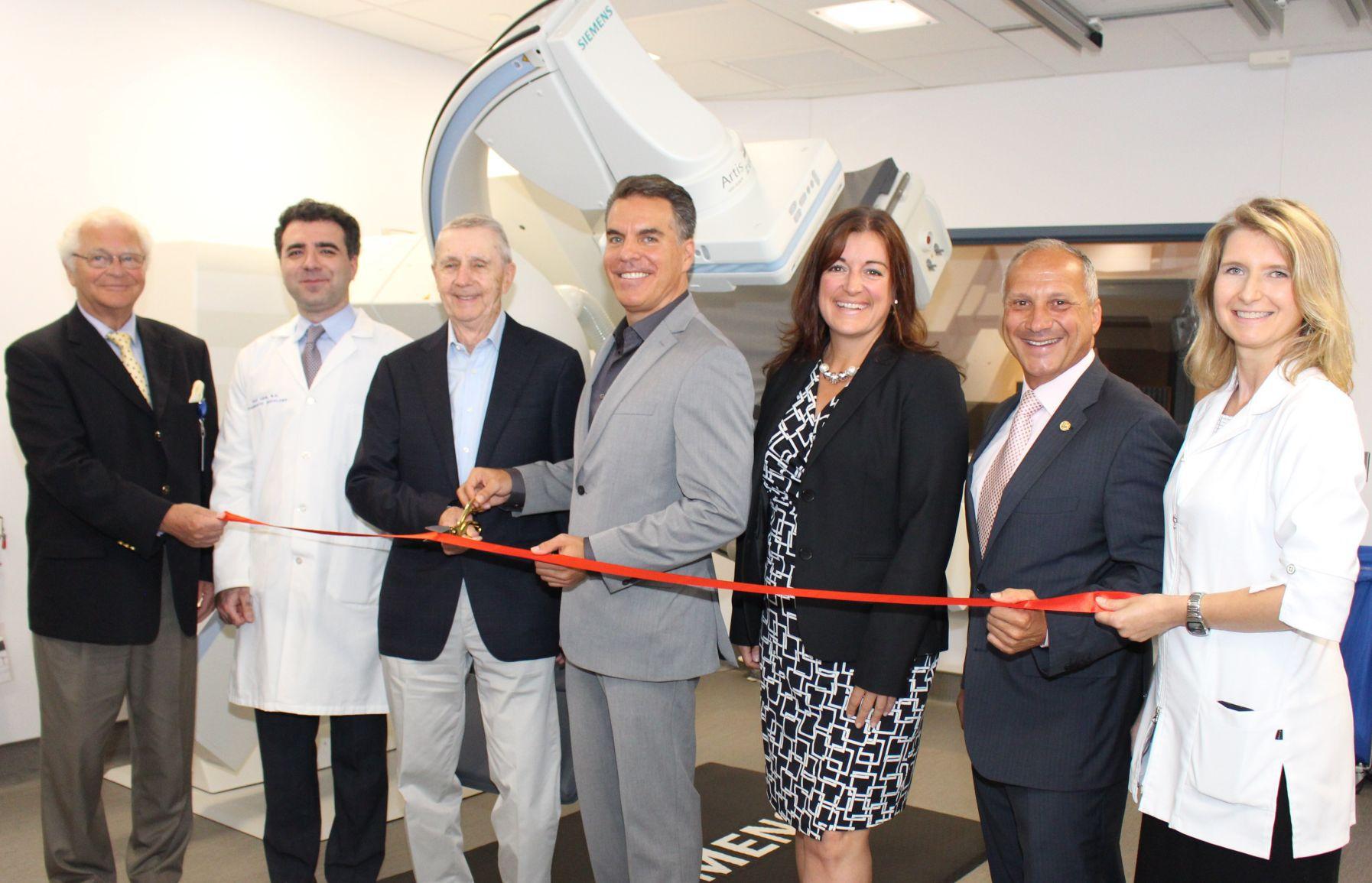 West Island Regional Health Board CEO and President Benoit Morin said that the new Lakeshore General Hospital’s radiology room will be a relief for patients“ as it involves less invasive procedures, a reduction in the waiting period, and an improvement in the recovery time.”

Relief is at last in sight along the Lakeshore this week. International authorities tapered unprecedented output upstream from dams near Cornwall, Ont., at one minute past midnight, Aug. 8.

Since June 14, the International Lake Ontario–St. Lawrence River Board (ILO-SLRB), a joint Canadian-American agency, has discharged more than 50 billion cubic metres of water through the border-straddling sluices that it controls—the biggest sustained release since modern measurement began a century ago.

“As of Aug. 6, Lake Ontario levels had fallen 32 cm since they reached an all-time high, May 29,” Cincinnati-based ILO-SLRB spokesman Arun Heer told The Suburban in a telephone interview.

This week’s ILO-SLRB will reduce the amount of water that it releases from 37.5 million cubic metres per hour to 35.7 million. That 4.7 percent fall in water flow from upstream could see Lake St. Louis recede from record summer highs, barring a repeat of the previous months’ precipitation.

“We definitely experienced a June that was wetter than expected,” Heer observed, “proving that forecasts can change.”

Ottawa River flows into the St. Lawrence have also remained very high for this time of year, ILO-SLRB reported. The wetter weather has led it to revise its forecast for when Lake Ontario will return to its average level. Last month, it had projected that would happen in late November, however it now anticipates that it will not reach that point until around Christmas—or later, if weather continues to prove fickle.

“A major contributing factor is the amount of precipitation and runoff,” Heer explained. 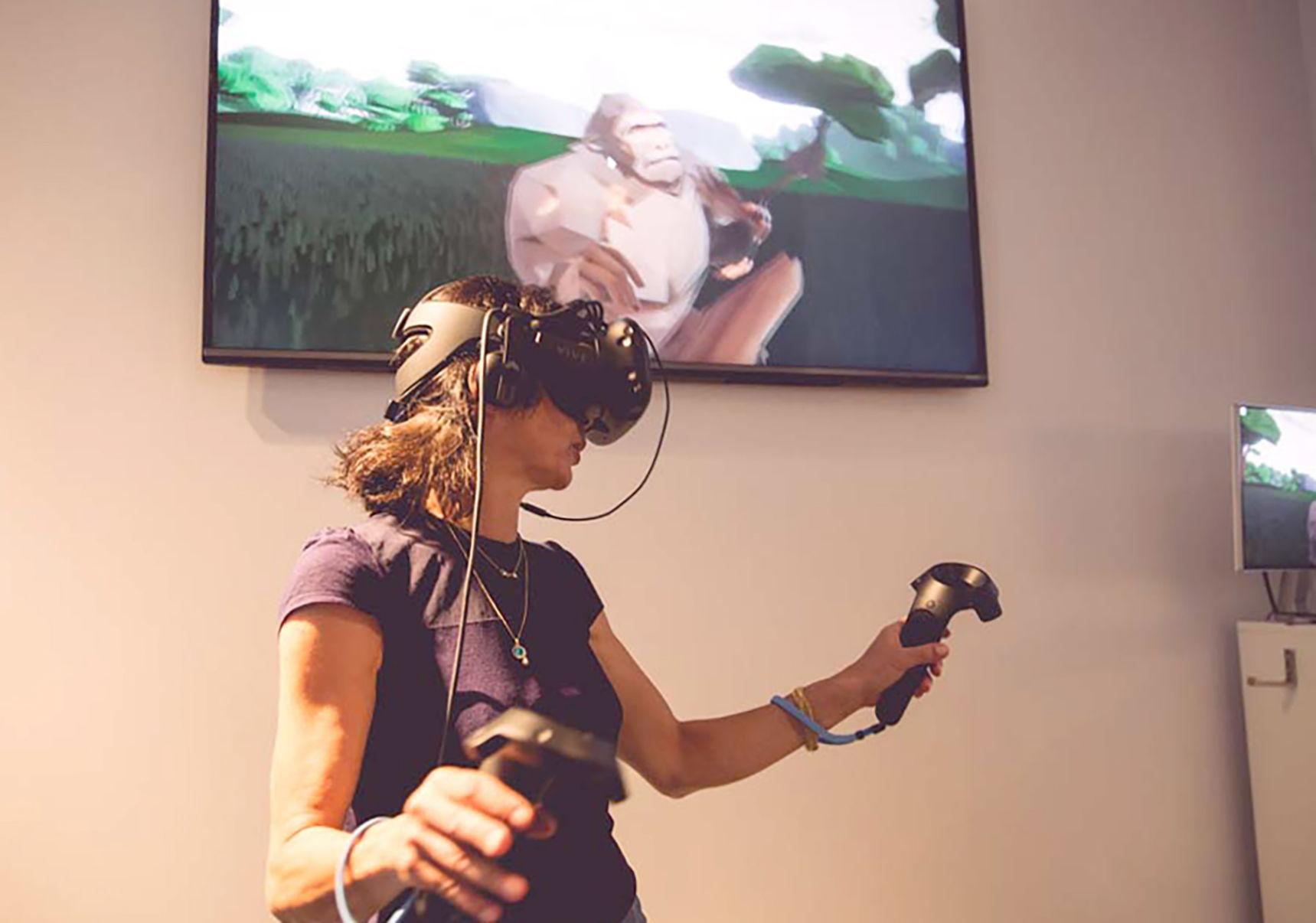 The installations use a mix of interactive cinema, 3D sound, artificial intelligence, mixed reality, facial-recognition and biofeedback to create a pathway into worlds of dreams, nightmares, fantasies and memory. 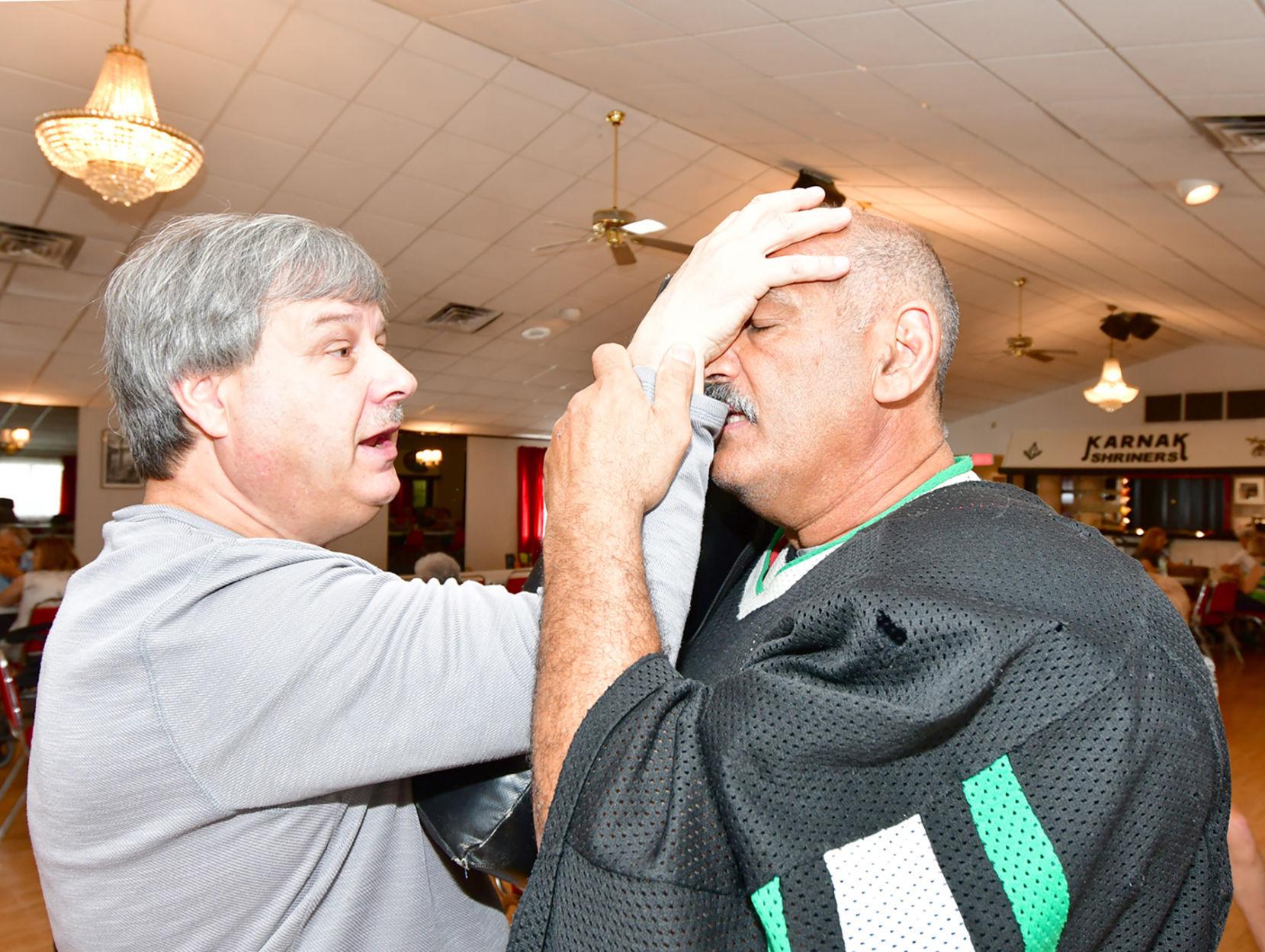 Vaughn Bolduc, left, practices a move on instructor George Manoli during the session. 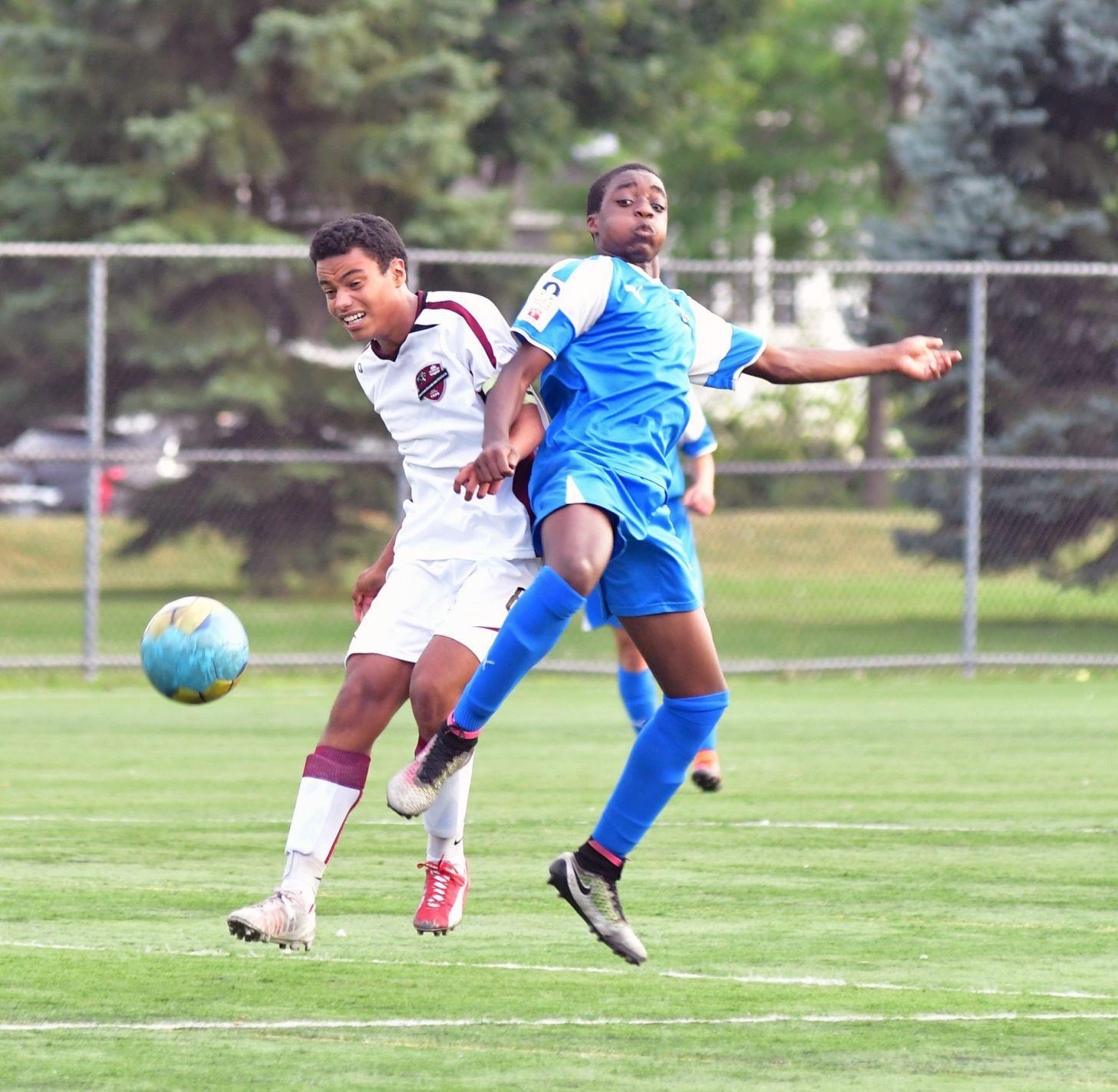 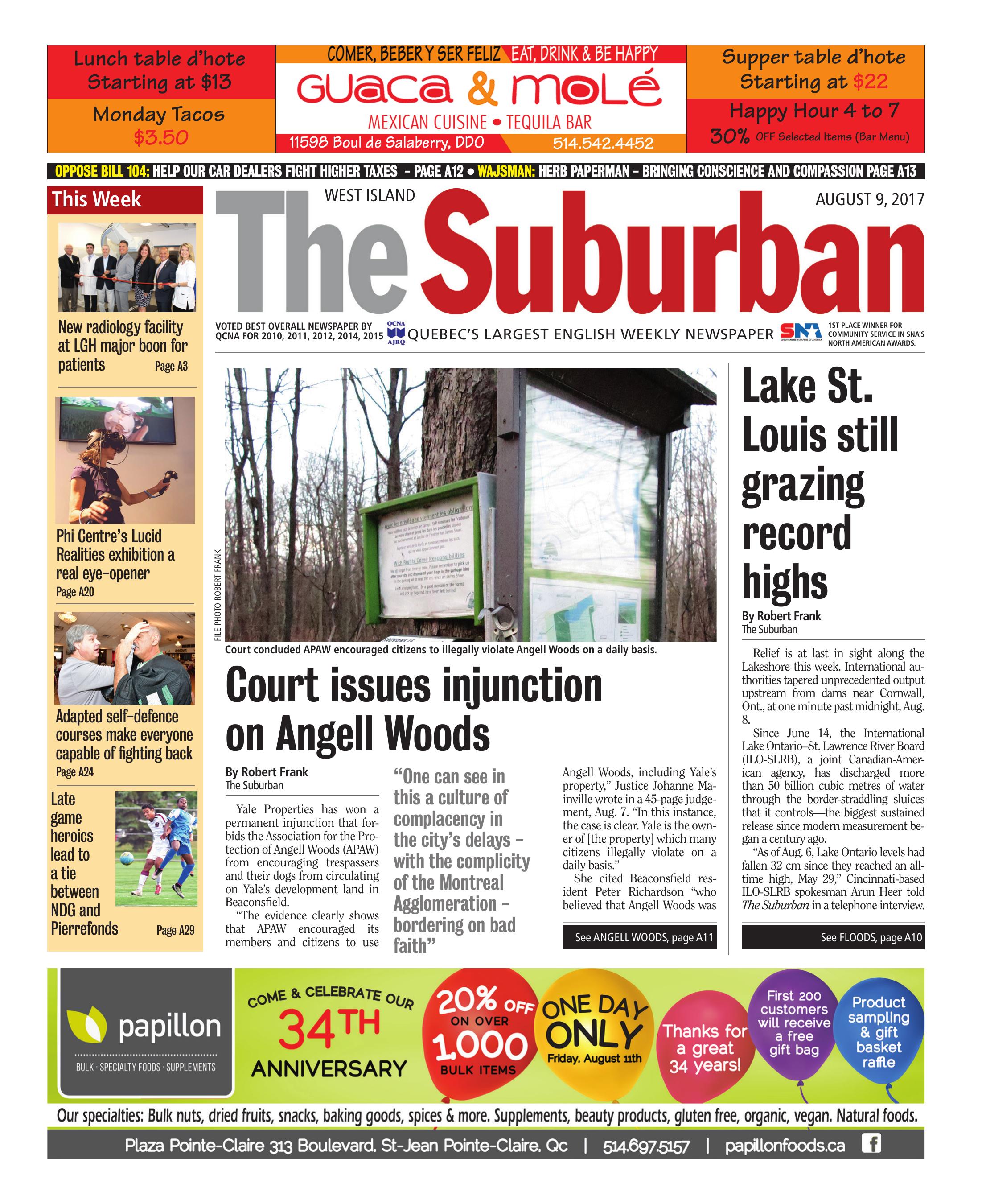