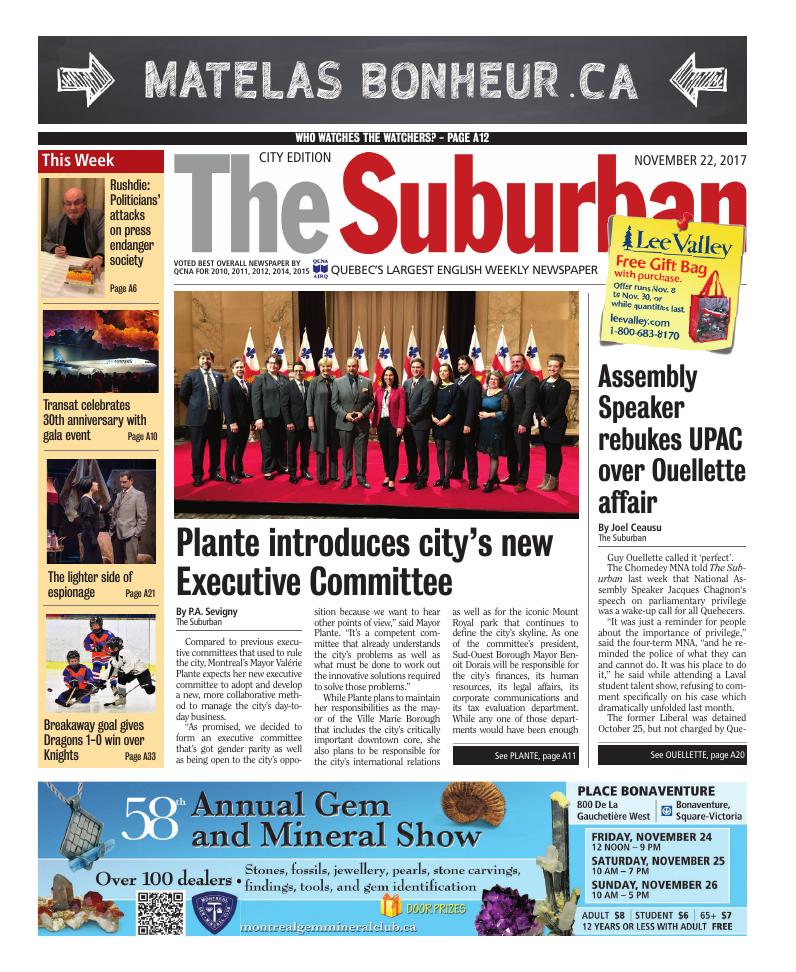 “As promised, we decided to form an executive committee that’s got gender parity as well as being open to the city’s opposition because we want to hear other points of view,” said Mayor Plante. “It’s a competent committee that already understands the city’s problems as well as what must be done to work out the innovative solutions required to solve those problems.”

While Plante plans to maintain her responsibilities as the mayor of the Ville Marie Borough that includes the city’s critically important downtown core, she also plans to be responsible for the city’s international relations as well as for the iconic Mount Royal park that continues to define the city’s skyline. As one of the committee’s president, Sud-Ouest Borough Mayor Benoit Dorais will be responsible for the city’s finances, its human resources, its legal affairs, its corporate communications and its tax evaluation department. While any one of those departments would have been enough to keep any single committee member busy over their entire mandate, the Plante administration expects to assign two to three councillors to help various committee members handle each and every one of their files. According to Dorais, the triangular collaboration will break the city’s previous top-heavy management that he feels contributed to the accumulation of too much power among executive committee members who found themselves at the top of what Dorais described as a “…bureaucratic silo”. Aside from the shared efforts and collaboration, the committee’s new management approach is bound to develop its own “…organic logic” that will help break up the city’s bureaucratic fiefdoms “…from the very beginning of our mandate.”

As a member of Équipe Coderre , Verdun Borough Mayor Jean-François Parenteau will be responsible for the city’s Public Service. As Plante promised to reform the city’s ‘political culture’ in order to improve service to citizens , Parenteau will be dealing with front-line issues that continue to dominate the city’s political dialogue. But as far as opposition leader Lionel Perez is concerned , the Parenteau appointment simply indicates that the Plante administration does not have the experience they need to properly run the city.

“They reached out to us several times,” he said, “…and I expect that it won’t be too long before they make a few more calls.”

While it’s a small committee, Plante said that she’s confident that its members will deliver the results that her supporters will expect from her administration. 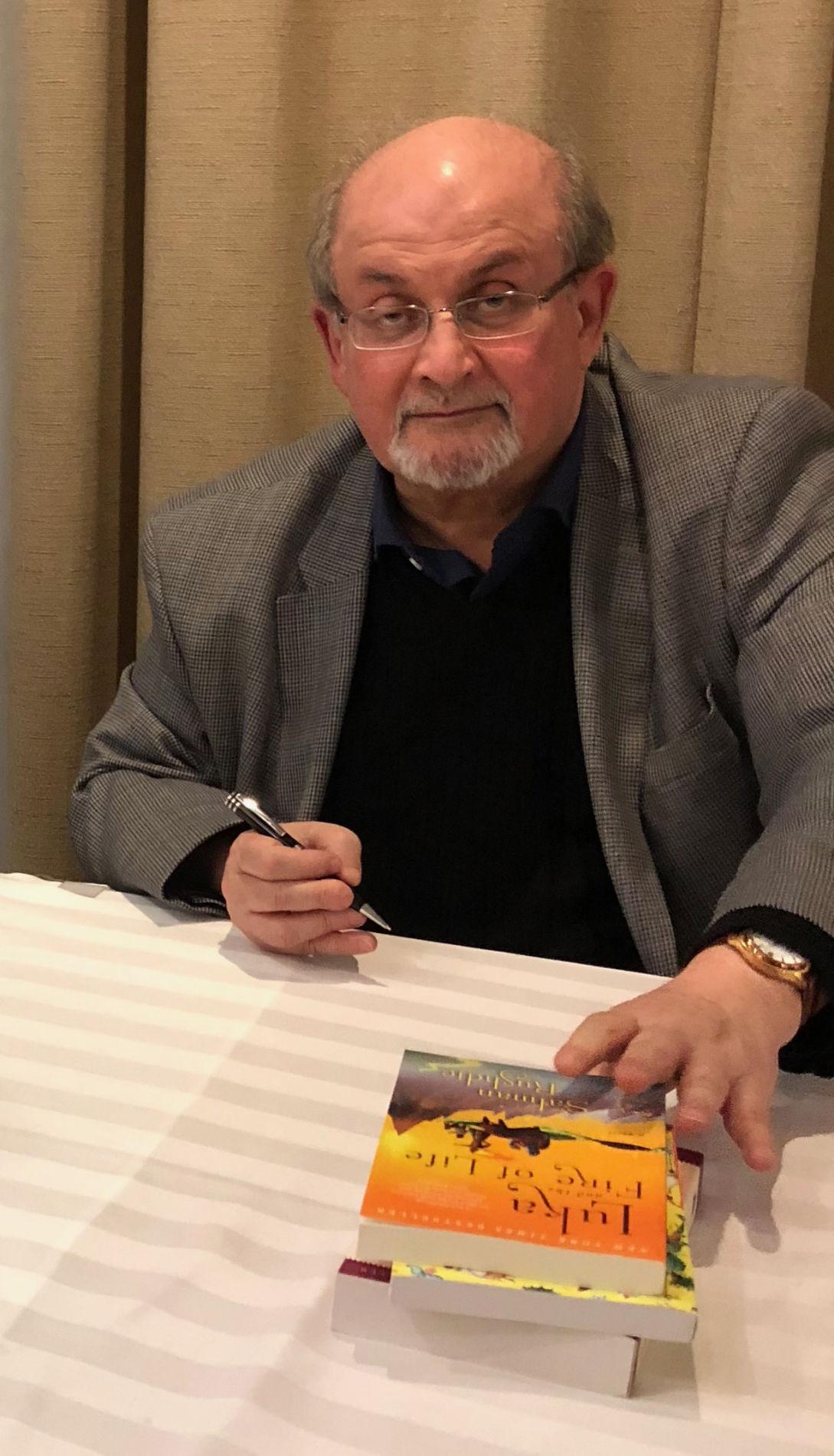 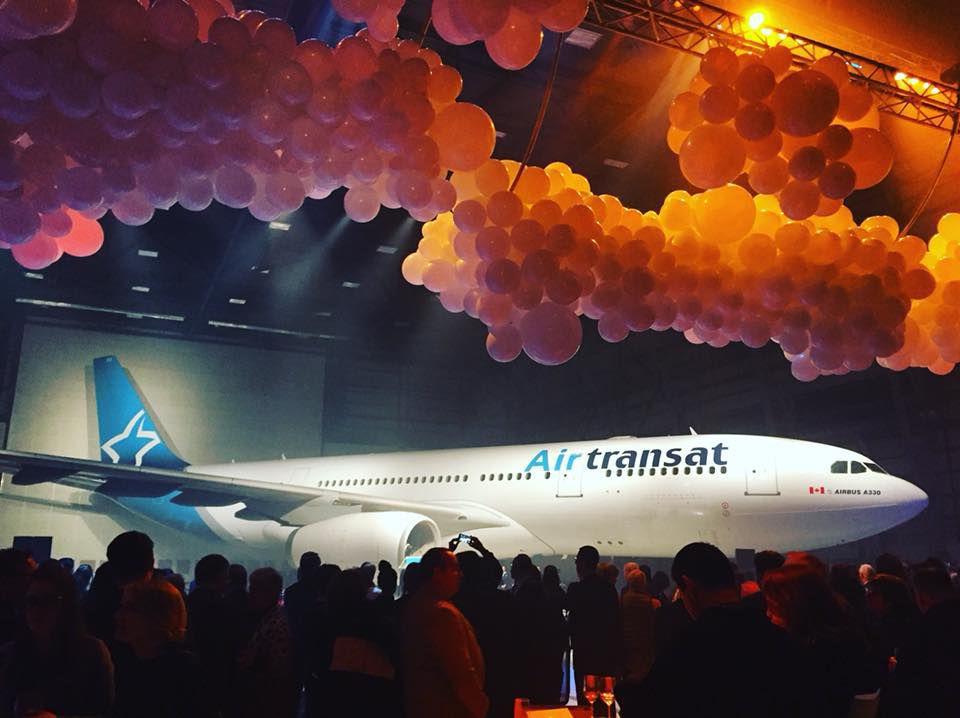 The Chomedey MNA told The Suburban last week that National Assembly Speaker Jacques Chagnon‘s speech on parliamentary privilege was a wake-up call for all Quebecers.

“It was just a reminder for people about the importance of privilege,” said the four-term MNA, “and he reminded the police of what they can and cannot do. It was his place to do it,” he said while attending a Laval student talent show, refusing to comment specifically on his case which dramatically unfolded last month.

The former Liberal was detained October 25, but not charged by Quebec’s permanent anti-corruption squad (UPAC). Investigators later said Ouellete was merely detained to secure evidence and prevent interference in an ongoing investigation, that reportedly dealt with leaks to the media and Liberal Party fundraising activities.

“I won’t comment at all because I won’t give him one word or any space,” Ouellette said, referring to UPAC Commissioner Robert Lafrenière.

Ouellette presided over the Committee on Institutions (until his arrest), considering legislation to increase UPAC’s independence as a distinct police force, something Ouellette, a former Sûreté du Québec investigator specializing in criminal biker gangs, had cautioned against.

In an address delivered in the Assembly, Chagnon publicly lambasted UPAC for not alerting his office of its intention to arrest a legislator, and warned that material found in Ouellette’s cell phone and computer may be subject to parliamentary privilege and out of bounds of their investigations.

Chagnon said UPAC’s methods reflected “a flagrant lack of consideration for the Assembly and its members… Arresting a committee chairman that interrupts important parliamentary business, particularly one dealing with UPAC itself, as a benign matter raises doubts in people’s minds.”

The scheme to draw Ouellette using someone’s cell phone to text a meeting request outside Assembly grounds “was quite disturbing,” said Chagnon. “If the matter was so urgent then why not arrest him at the National Assembly? Is it to avoid the “heavier” procedure of obtaining permission from the President? To avoid submitting a search warrant?”

In a statement, Lafrenière’s office says the urgency to act can certainly influence certain decisions in investigation strategy “but this urgency could never justify action that would contravene the rule of law.” UPAC also pledged respect for Parliament’s authority: “A legal dialogue has been established with the National Assembly on the analysis of the seized electronic devices, which will allow the process to proceed with respect for parliamentary privilege and the sound administration of justice.”

Ouellette wasn’t surprised by the reaction of Quebecers and colleagues of all stripes to his arrest. “Not at all,” he said, acknowledging that at first public cynicism may have had people rolling their eyes at the incident, “but very quickly people understood what was going on. I spoke about it in my statement in the Assembly. I had to make it clear. People had to know.”

What’s next? Deciding on whether to return to the Liberal caucus, and as for the commission he presided over, “I will be replaced but its work is finished,” adding that “Bill 107 (the law to increase UPAC’s independence) won’t pass now.” But he added, as far as Lafrenière is concerned: “He got what he wanted. I’m off.” 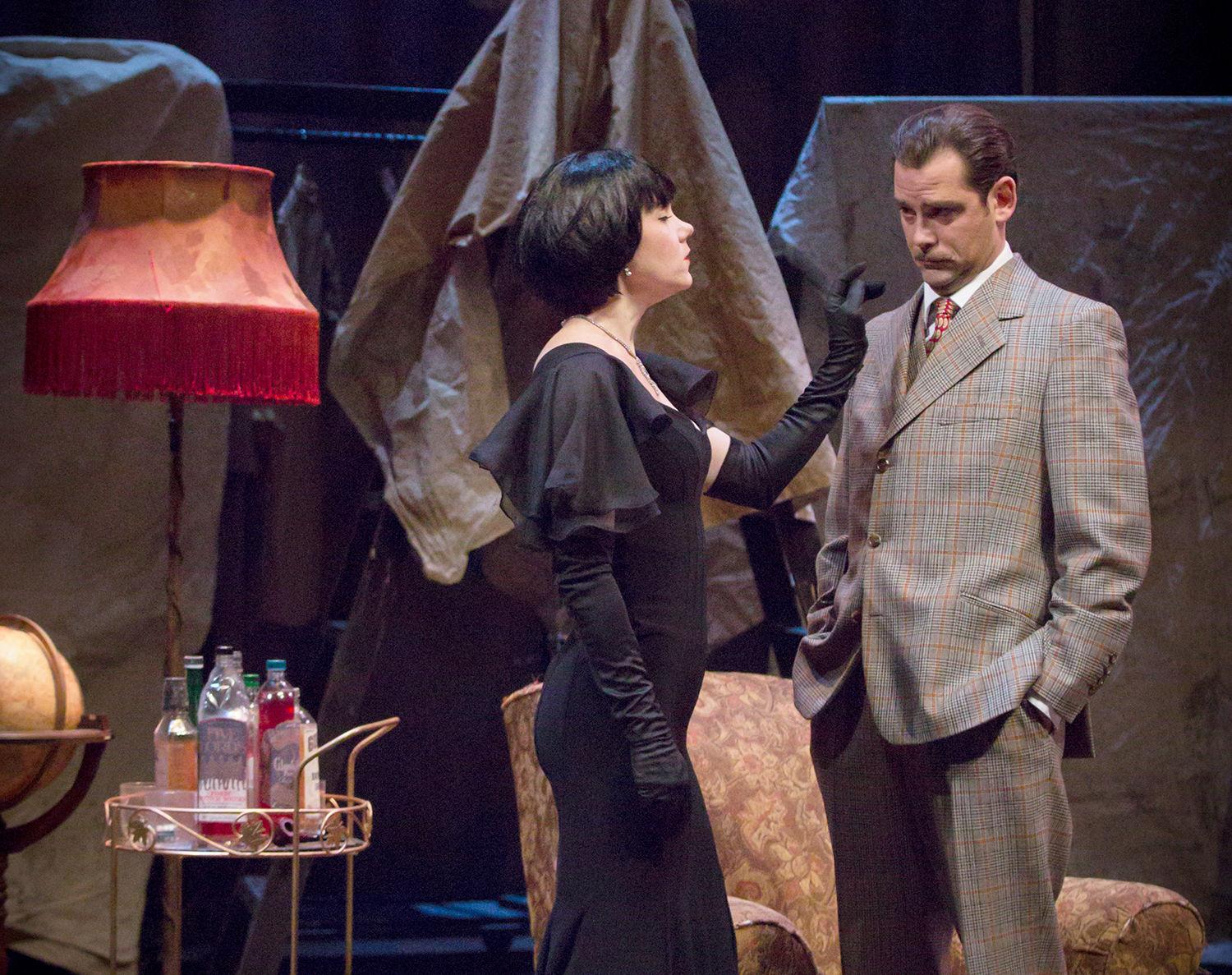 This production of Alfred Hitchcock’s 1935 classic manages to seamlessly blend the original plot elements with madcap physical comedy and general silliness throughout. 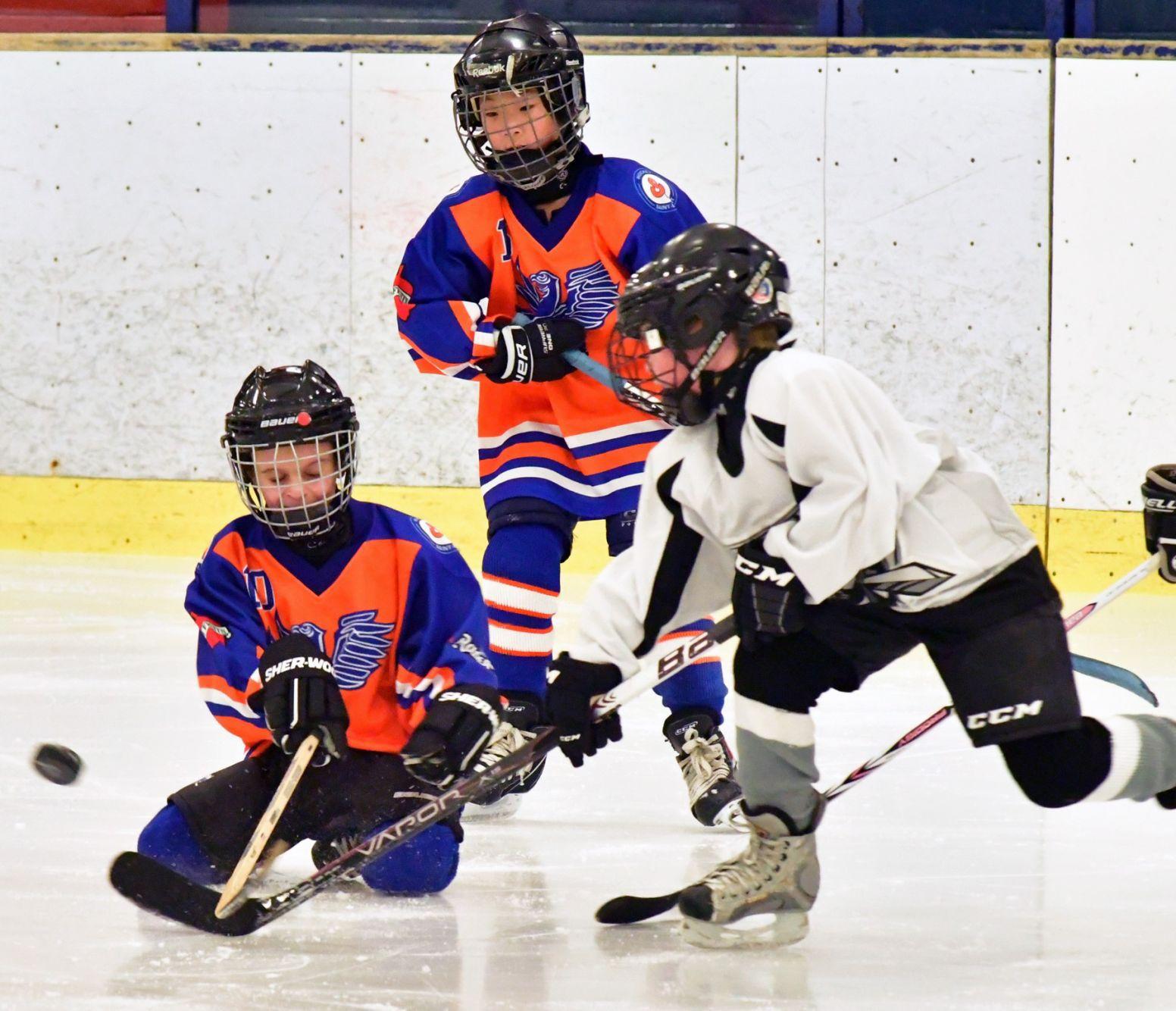 “The team wasn’t in a close game their last time out,” said Knights’ assistant Kurt Johnson. “We wanted them to see how much fun it was to be in a tight game.” 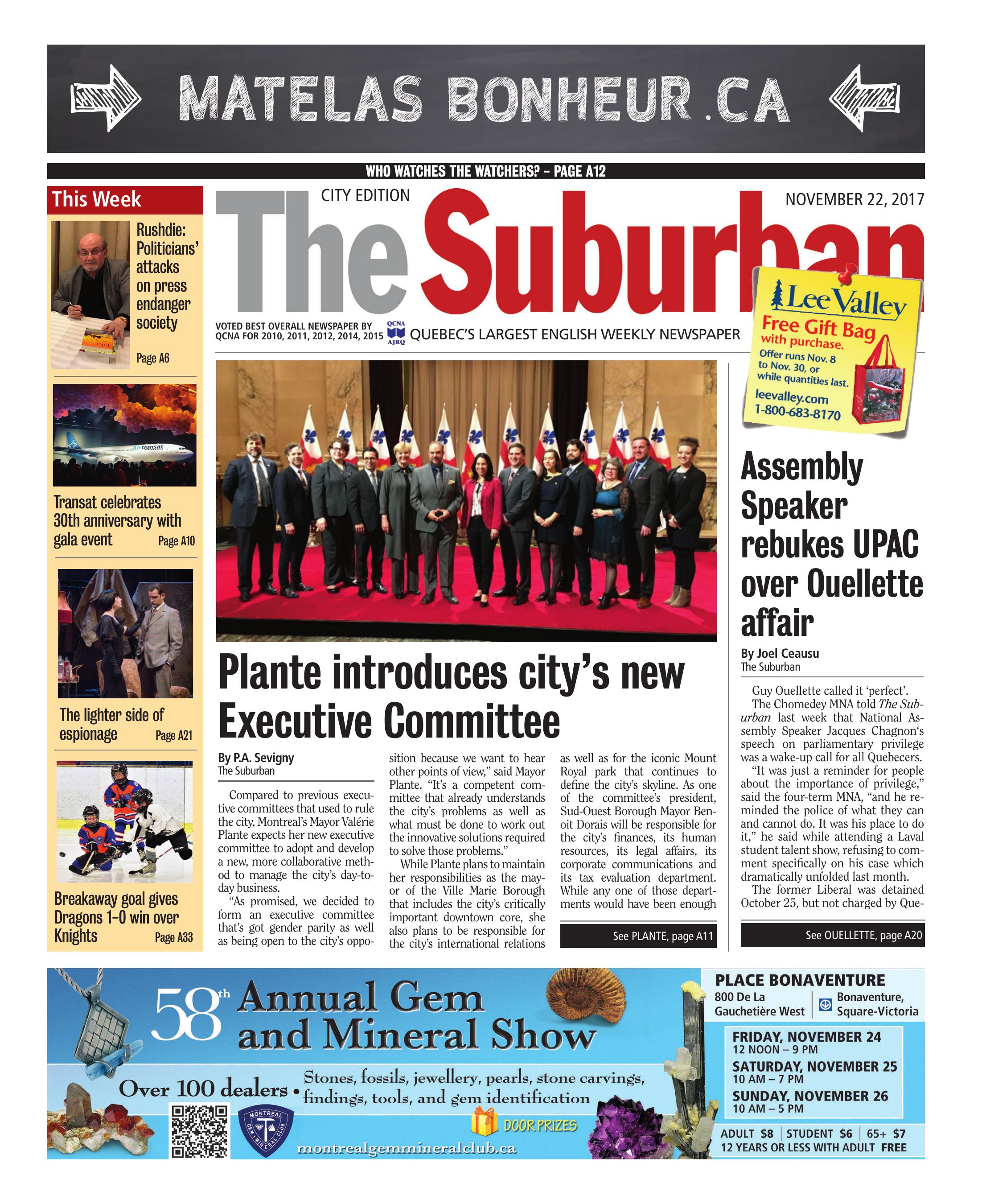