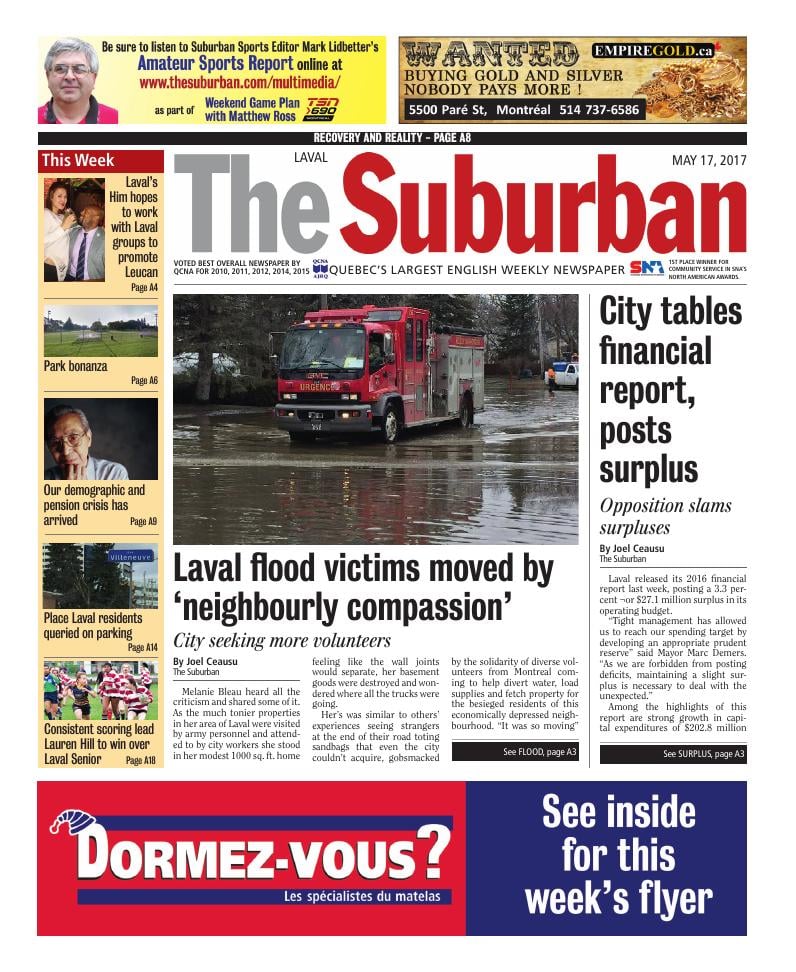 Melanie Bleau heard all the criticism and shared some of it. As the much tonier properties in her area of Laval were visited by army personnel and attended to by city workers she stood in her modest 1000 sq. ft. home feeling like the wall joints would separate, her basement goods were destroyed and wondered where all the trucks were going.

Her’s was similar to others’ experiences seeing strangers at the end of their road toting sandbags that even the city couldn’t acquire, gobsmacked by the solidarity of diverse volunteers from Montreal coming to help divert water, load supplies and fetch property for the besieged residents of this economically depressed neighbourhood. “It was so moving” she told The Suburban. “They brought muscles, muffins and coffee and I watched them work. We don’t even speak the same language, some of us.”

In Laval sur le lac, many stately homes equipped with high performance pumps and solid foundations were spared real damage, but Laval-Ouest residents watched as army personnel left the area for a dearth of supplies. One volunteer told The Suburban that she had seen city workers drop off empty sandbags and nothing to fill them with. Military personnel soon left the area.

The city’s website is updated and chock full of information for residents about the flooding, everything from the programs available for assistance to cleanup activities. The city also reserved its 311 information phone line for flood inquiries but for many people the tangible help was not to be found.

It’s a vexing issue in Laval where flood zones have long been a contentious issue, the former administration refusing to alter its plans according to new flood zone planning rules from Quebec, with little movement on the issue during the recent mandate. It remains a central focus of the Comité de citoyens de Laval-Ouest.

In the meantime, further south, army engineers are erecting a temporary 50-metre structure to connect the two cleaved parts of Ile Verte, just south of Ile Bigras off the southwestern tip of the island. The existing bridge has been swamped with no access for the few residents who have chosen to stay put despite warnings of increased flooding and encouragement to evacuate.

Opposition chief Jean-Claude Gobé slammed the city’s overall response as inadequate and underprepared, despite, he says, “Hydro-Québec sounded the alarm on April 30th on Twitter: Marc Demers did not pay attention.” The city he says, “had such little reserves of sand bags that city workers had to immediately purchase crates of bags of soil sold at $5 per bag!” He said bags of soil are not nearly as efficient as sand bags, “their density is too low, as a result, they float.”

The city’s information session last week attracted more than 1000 people eager to hear about financial assistance programs and the next steps in flood relief, one of which is a major clean-up operation planned for next weekend. The effort is being organized by the city which is asking for volunteers to register at (450) 681-6164, extension 2242. 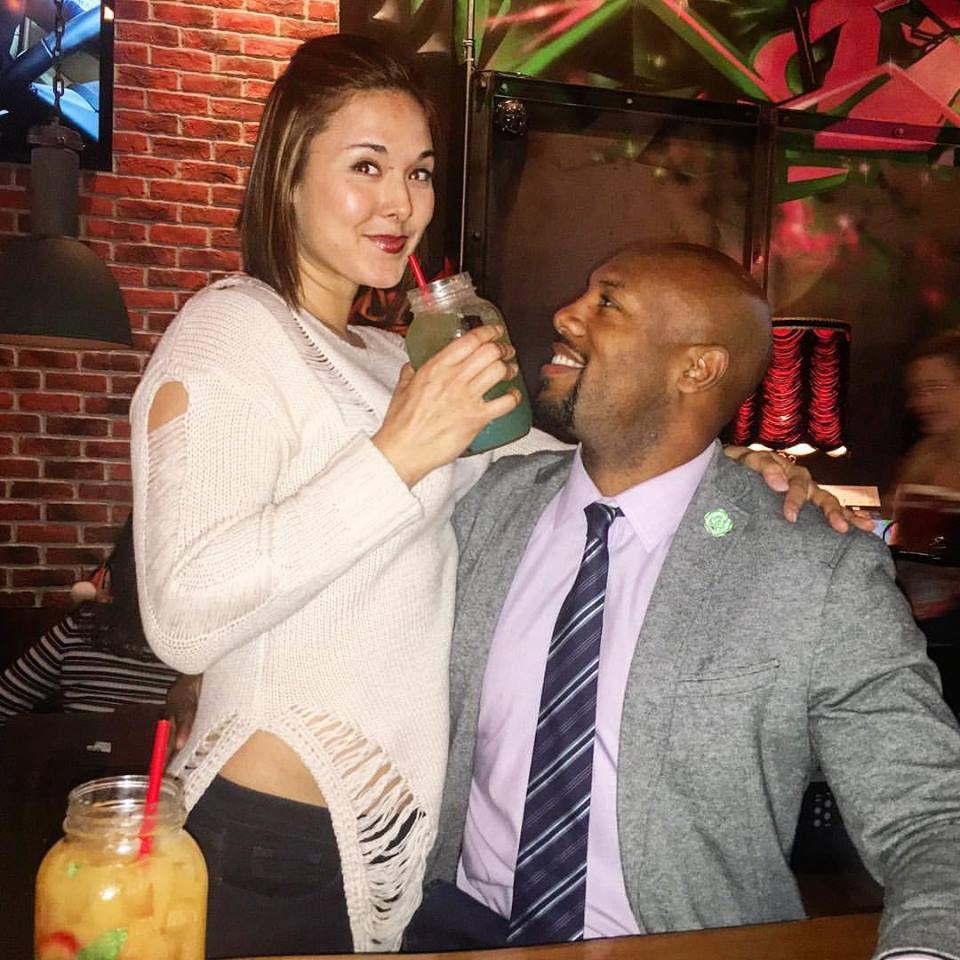 Him and her fiancée Ky Hebert.

“Tight management has allowed us to reach our spending target by developing an appropriate prudent reserve” said Mayor Marc Demers. “As we are forbidden from posting deficits, maintaining a slight surplus is necessary to deal with the unexpected.”

Among the highlights of this report are strong growth in capital expenditures of $202.8 million compared to $99.6 million in 2015: last year $83.1 million was invested in projects while $95.2 million went into programs.

The city’s operating budget was $810.5 million, and the administration attributes the surplus to an increase in some revenues and lower than anticipated expenses, notably

the $8.5 million recovery of sums paid unfairly as a result of fraud or fraud in public contracts since 1996; $2.9 million in interest; $1.4 million from the sale of land; and $8.5 million savings in financing costs.

Last year, the city introduced its contract management policy for increased transparency and developed a governance framework for major projects and programs.

The city also commits itself to continuing the efforts to recoup funds the city lost to fraud and corruption.

Parti Laval leader Michel Trottier criticized the Mouvement Lavalois administration however, for increasing municipal taxes by 6.5 percent over three years, “justifying that it was the normal growth rate of inflation. However, Statistics Canada data indicate that the inflation rate in the last three years is rather 3.6 percent,” he said, estimating the spread at $24 million. “The $ 27.1 million surplus is proof that this overpayment continues at the expense of citizens.”

Tax increases, says Trottier, have resulted in $80.3 million in direct financial surpluses from Laval taxpayers, contributing $680 million in cash to city coffers. “The surpluses generated by these revenues do not return to the taxpayers. If used, they are to fund projects that have never been consulted or approved by citizens,” he said, recalling the surpluses were a target of Laval’s auditor-general Michelle Galipeau in her final annual report last year.

To view the report visit https://www.laval.ca/Documents/Pages/Fr/A-propos/finances/rapport-financier-consolide-2016.pdf 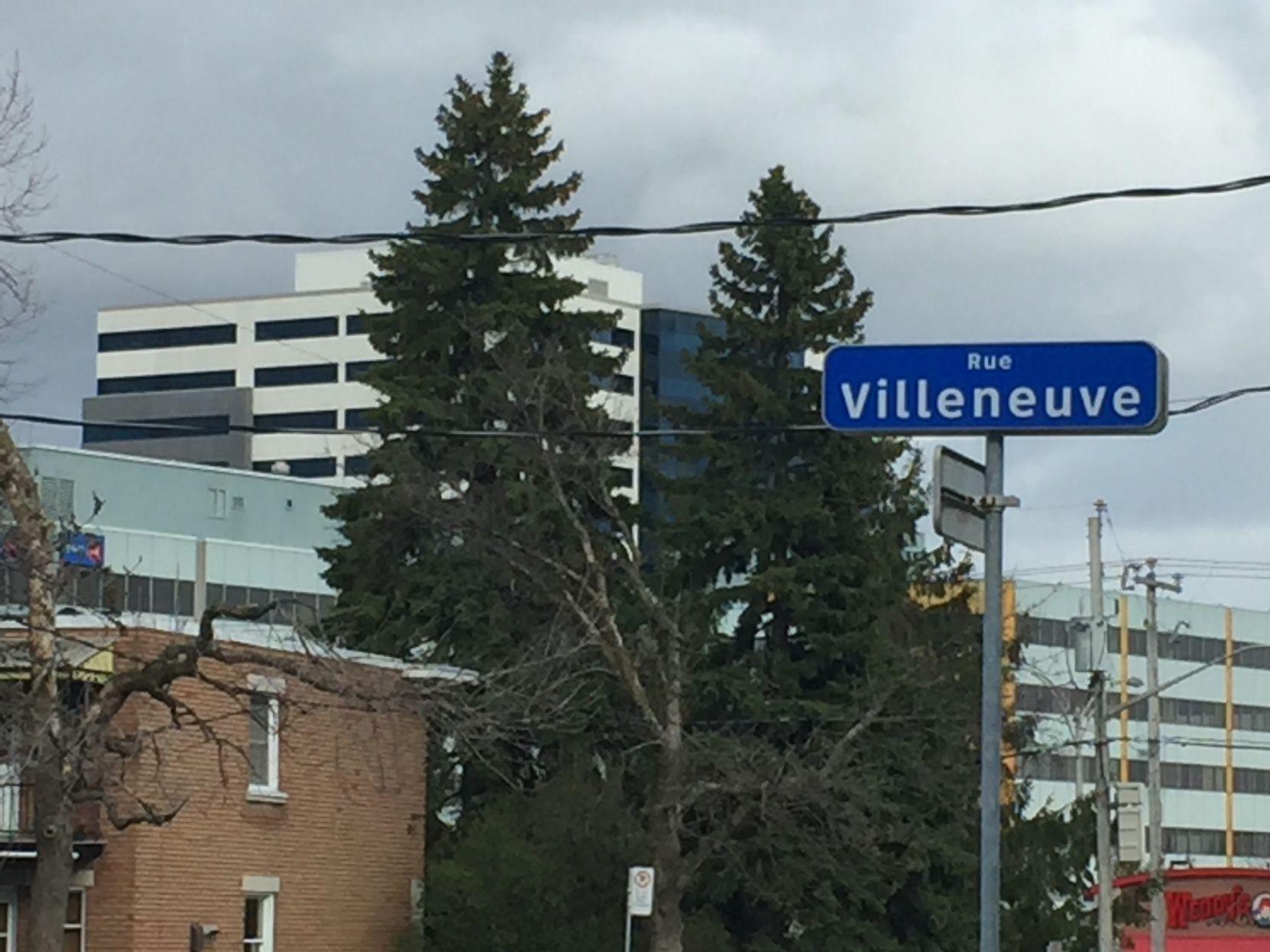 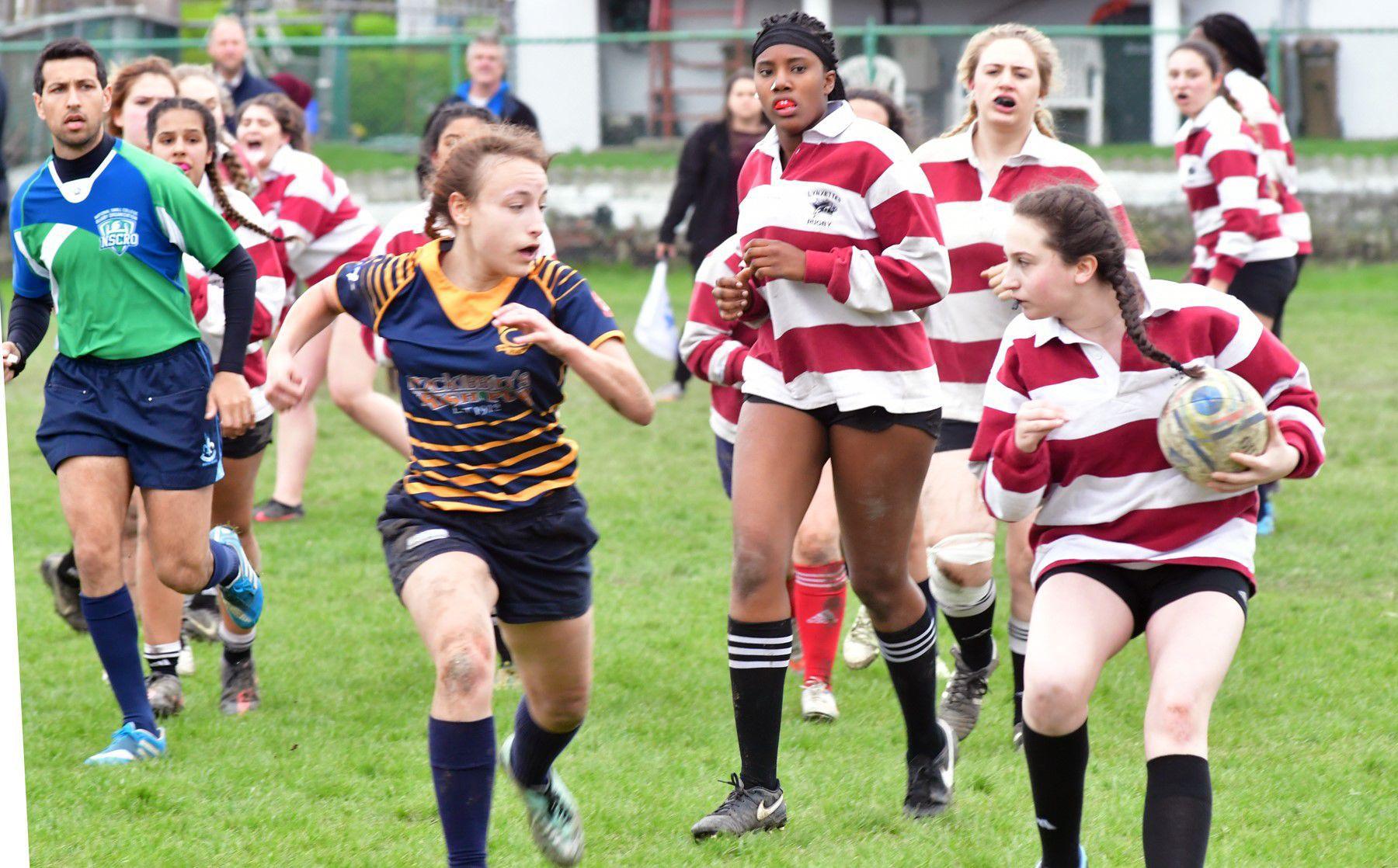 “I liked the way we ran and found some good offence,” said Laval Senior head coach Kyla Demers. “Lots of our girls have very little experience playing rugby, so that was a good sign for our next games.” 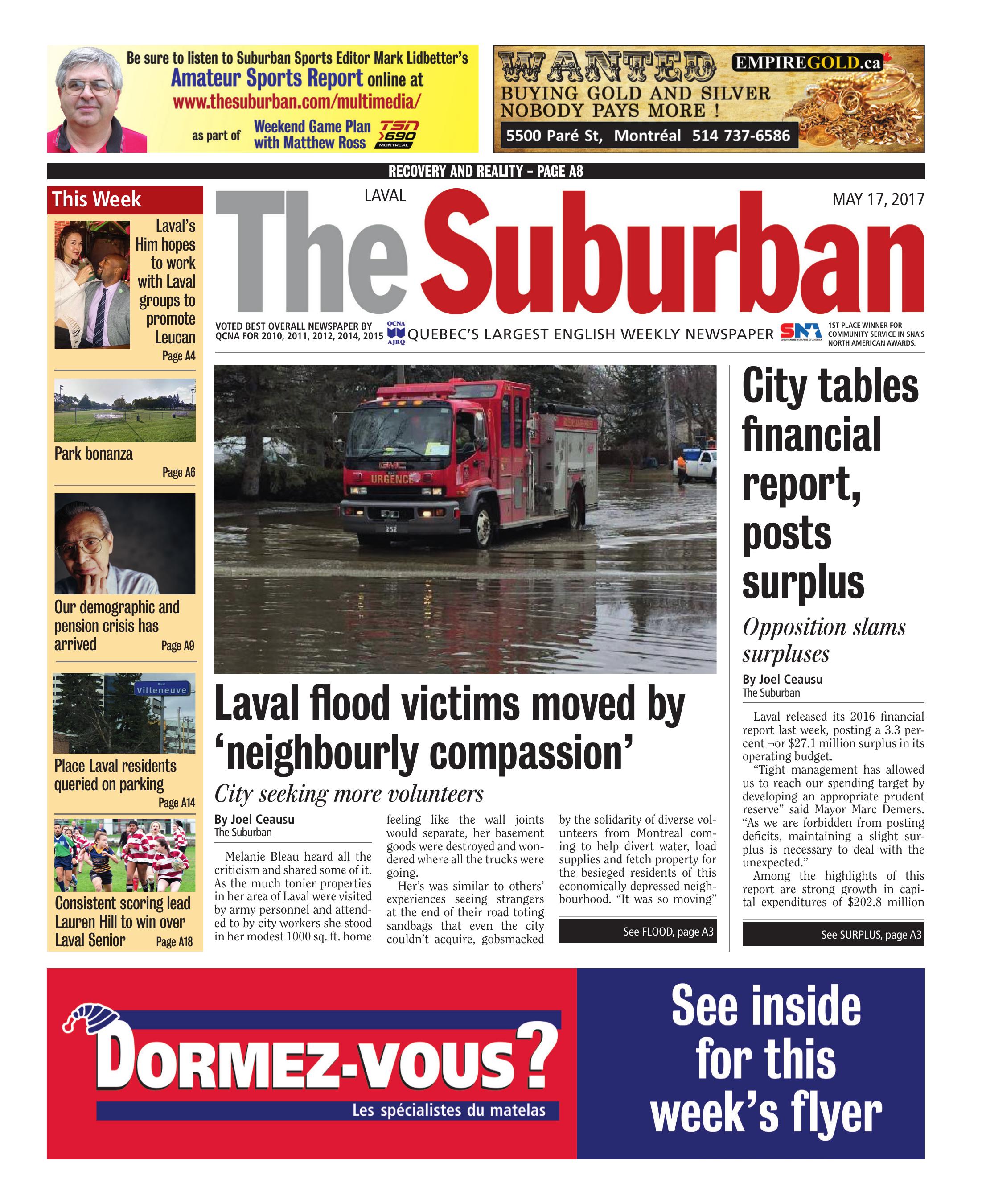