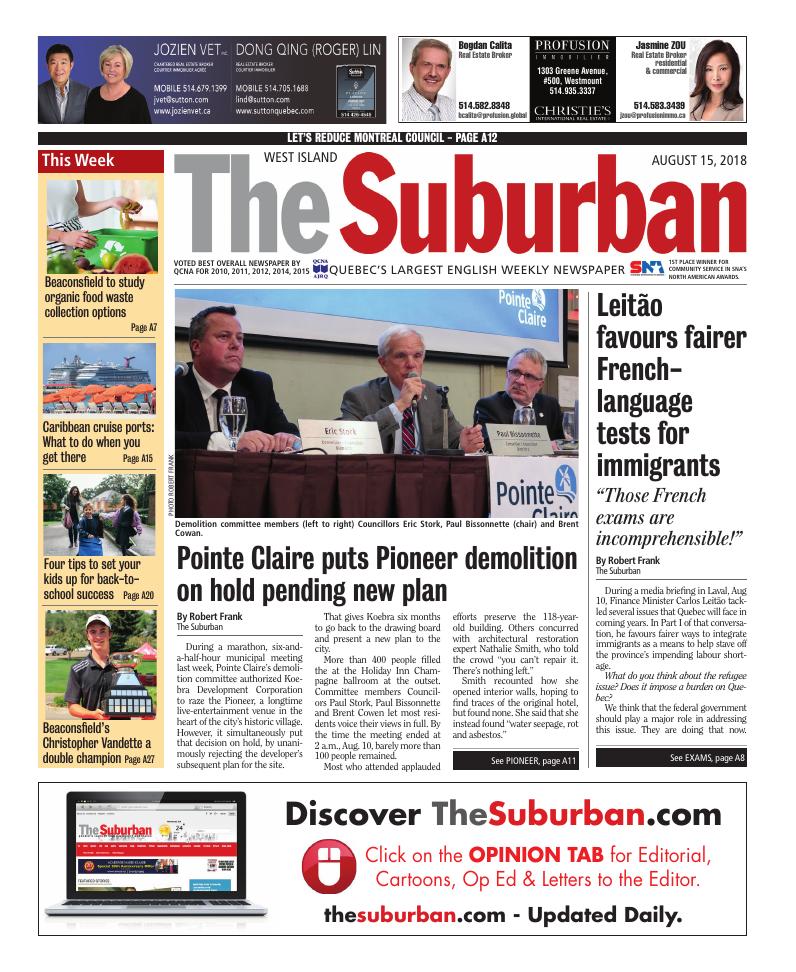 During a marathon, six-and-a-half-hour municipal meeting last week, Pointe Claire’s demolition committee authorized Koebra Development Corporation to raze the Pioneer, a longtime live-entertainment venue in the heart of the city’s historic village. However, it simultaneously put that decision on hold, by unanimously rejecting the developer’s subsequent plan for the site.

That gives Koebra six months to go back to the drawing board and present a new plan to the city.

More than 400 people filled the at the Holiday Inn Champagne ballroom at the outset. Committee members Councilors Eric Stork, Paul Bissonnette and Brent Cowen let most residents voice their views in full. By the time the meeting ended at 2 a.m., Aug. 10, barely more than 100 people remained.

Most who attended applauded efforts preserve the 118-year-old building. Others concurred with architectural restoration expert Nathalie Smith, who told the crowd “you can’t repair it. There’s nothing left.”

Smith recounted how she opened interior walls, hoping to find traces of the original hotel, but found none. She said that she instead found “water seepage, rot and asbestos.”

“You can’t repair it,” she concluded. “There’s nothing left. It’s contaminated. This is like terminal cancer.”

“I support the [demolition],” declared Tom Patterson. “It’s now an eyesore, and time to move on. The owner has the democratic right to sell her business.”

According to architect Ronald Williams, who taught at University of Montreal, the proposed facility would “probably have eight times the volume of the current building.”

Village parking posed another concern, particularly as it pertains to adjacent waterfront Bourgeau Park. Pointe Claire is slated to release the findings of a parking study later today, Aug. 15. Residents questioned the price that Pointe Claire agreed to receive from Koebra for most of the adjacent parking. Stork responded that the land had been up for sale since 2014.

“There is no deep state involved here as a conspiracy,” he reassured them.

They also questioned why the sale would not instead go to tender.

“No city in the Province of Quebec is required to tender to sell it’s property,” replied city manager Robert Weemaes. “They can go to tender, but they don’t have the obligation, as long as you have a professional assessment.”

“When you want to kill a dog, you say it has rabies,” said Hélène Cantin, reading from a statement by village resident André Charbonneau. “Where there’s a will, there’s a way.”

“The city has no power to determine what is done with private property,” suggested Stork, who acknowledged that “many [Montreal] musicians gave their first performance [at the Pioneer.]”

However, in 2013, the city’s Coptic community had to rebuild their decaying church whilst adhering precisely to its old specifications, after Pointe Claire rejected its bid to demolish the building and the adjacent derelict elementary school, and build anew.

Koebra president Gregory Koegl underscored that there is considerable demand for his proposed condos from aging Pointe Claire residents who want to remain here but need “an alternative” to single-family homes.

“Any citizen is free to appeal the demolition committee’s decision,” Cowan said after the meeting. An appeal would oblige city council to consider whether to ratify or reject the ruling at its ensuing meeting. The Pointe Claire Heritage Society has already indicated its intention to do so.

During a media briefing in Laval, Aug 10, Finance Minister Carlos Leitão tackled several issues that Quebec will face in coming years. In Part I of that conversation, he favours fairer ways to integrate immigrants as a means to help stave off the province’s impending labour shortage.

What do you think about the refugee issue? Does it impose a burden on Quebec?

Is Quebec being adequately compensated?

It’s an ongoing process. We have received some amounts but—since this process hasn’t stopped—the funding has to continue from the federal government.

We also want a more balanced distribution [of refugees] within Canada. A lot of people cross the border here in Quebec at the Roxham Road crossing, but often those folks ultimately want to go to Toronto. The federal government and [Quebec] should find ways to better distribute the flow of asylum seekers.

It’s not just an economic policy issue. It’s also a human policy issue. Despite all the problems that we have, we are an affluent society in Canada, in Quebec. We are the product of different cultures that entered this province over the centuries. That only makes us stronger and richer.

There are a lot of numbers floating around about immigration. [Suggestions that] we shouldn’t increase immigration, because [immigrants are] all unemployed. Well, that’s not true. In fact, [while] the rate of unemployment for immigrants who arrived over the last five years or so is a little higher than for native-born Quebecers, it’s still very close.

In health care, nursing is one example. Even—and especially—orderlies. There are just not enough people working in hospitals or CHSLD. That’s not a question of big diplomas or professional certification. It’s just manpower. It’s just muscle. You need people to do the menial jobs that are essential.

There are a lot of [foreign] nurses that would like to come here but the nurses’ professional association makes language testing very hard, plus we’re going to be losing Saudi medical residents very soon.

In the case of engineers, [it] is now a lot faster and easier to recognize foreign credentials. Clearly, we still have a long way to go. One way is more bilateral agreements [with other governments]. We will do more of that.

In the specific case of the nurses, one thing that really bothers me a lot—and I’ve made it very clear that it’s not acceptable—is that those French exams are incomprehensible! A native French-speaker will fail that exam, because it makes no sense. So, when you get to that level, then there is something wrong somewhere. The nurses’ association has said, “Oh yes, we realize, we’ll streamline those exams.” I’m still waiting to see that.

In some cases, they would fail as well…

…there might be a rethinking of the examination process.

…and the nursing exams are the best example of that. It’s a protectionist mechanism. One of the ways to address those protectionist tendencies is to have bilateral deals. Government to government. 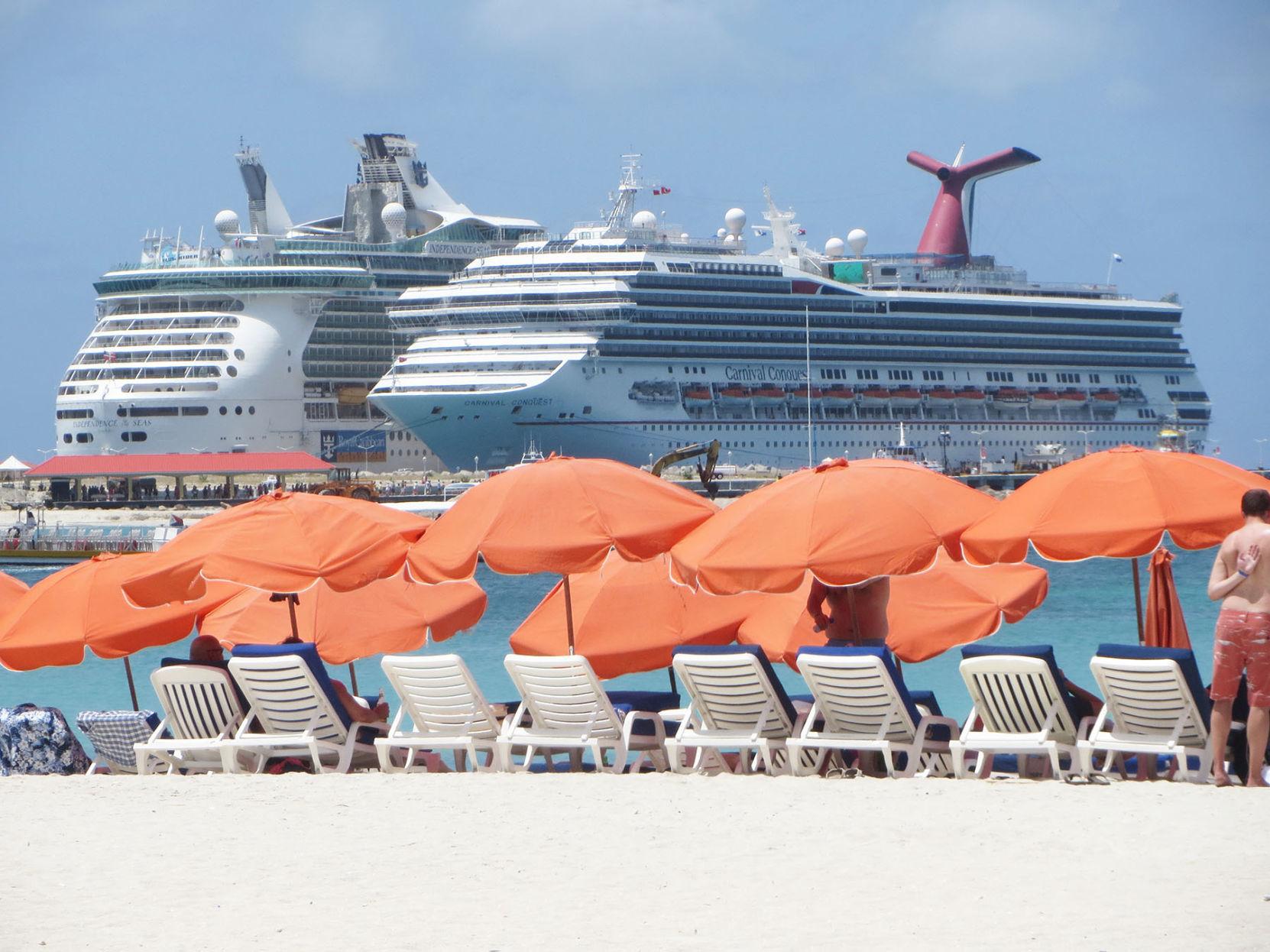 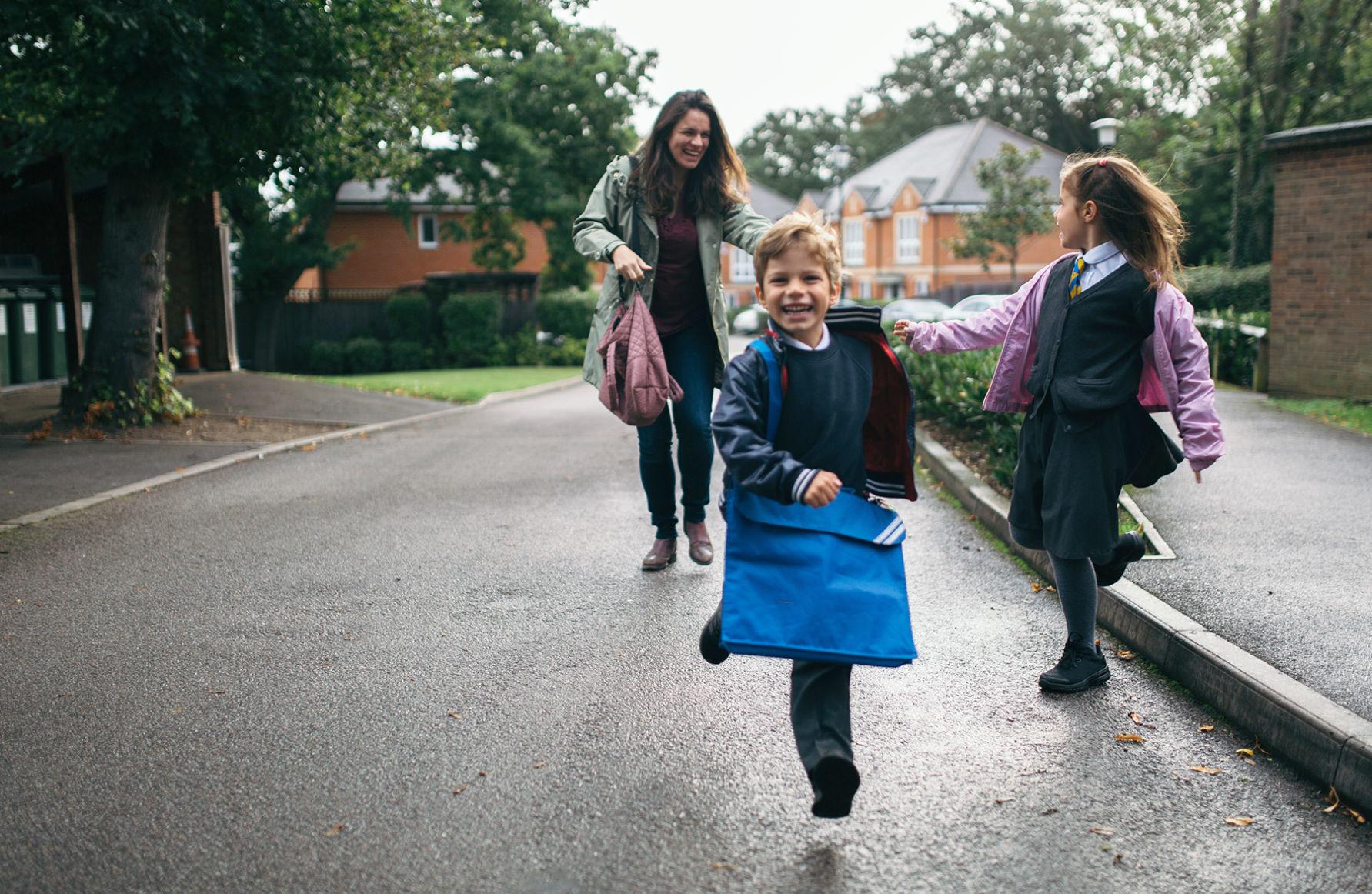 Set a positive tone by being enthusiastic about school and talk with your children about the new things they’re going to learn. 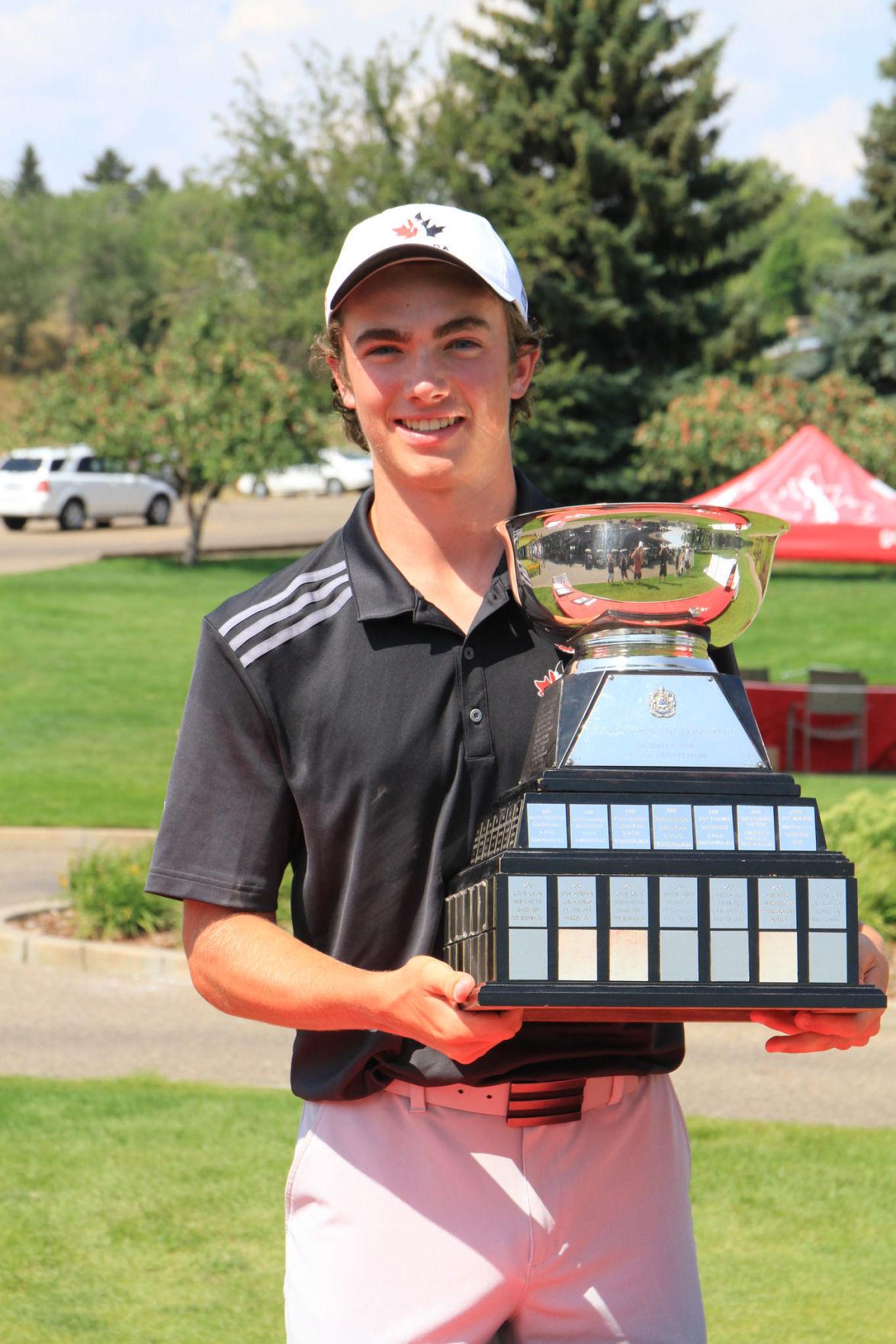 Vandette will now have his name engraved on the Jack Bailey trophy and the Silver Cup as the event’s 80th champion. 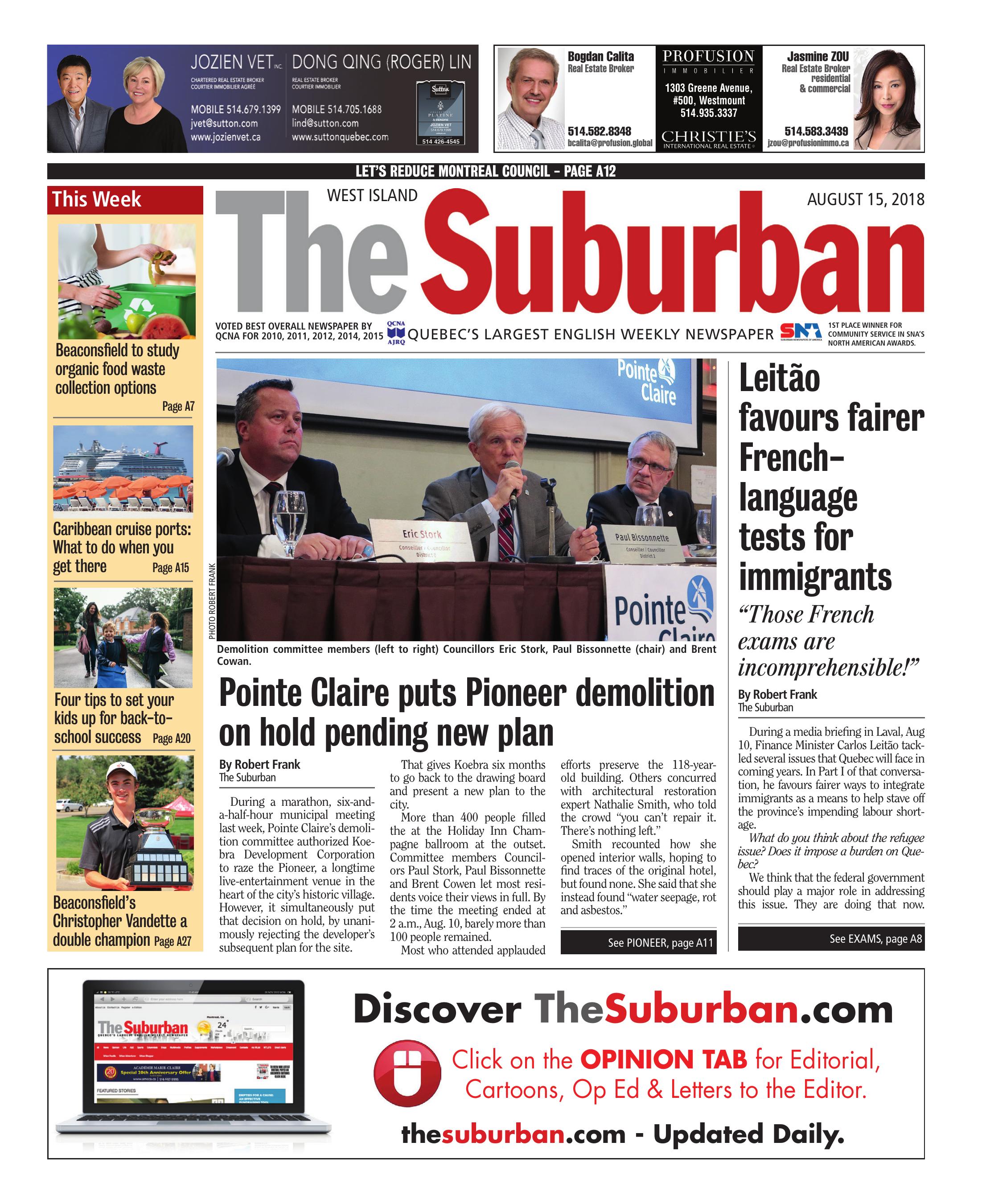