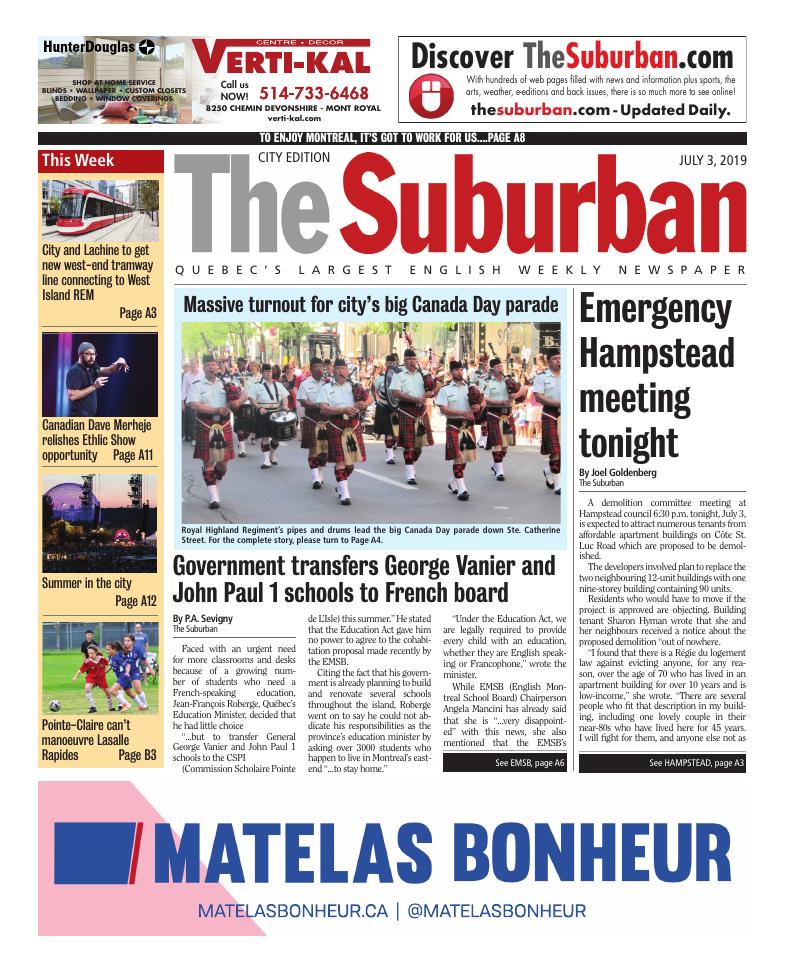 During last Monday’s Canada Day parade Montreal’s Mayor Valérie Plante joined several municipal and federal leaders as they followed the Black Watch regiment’s pipes and drums when they led the big parade down the street. Plante made her way down the street with federal tourism minister Mélanie Joly.

Justice Minister David Lametti worked the crowd as he shook hands with friends and supporters along the sidewalk. MP Anthony Housefather shared a few laughs with fellow MP Marc Miller and other west-island MPs. Verdun’s Sterling Downey brought his young son to the parade as he led a cohort of local councillors who were all pleased to see the day when the mayor showed up to lead the city’s big Canada Day parade. The crowd did a lot to reflect Montreal’s multi-ethnic and multi-cultural realities, and there was a lot to see as a host of assorted community groups did their best to stake their claim to the street. In order to spare a lot of feelings, the parade proceeded in alphabetical order as community groups from Afghanistan all the way to Zambia took their star turn in front of the reviewing stand.

News
Government decides to transfer two east-end EMSB schools over to French board
P A Sevigny  / By P.A. Sevigny The Suburban
07.03.19

Faced with an urgent need for more classrooms and desks because of a growing number of students who need a French-speaking education, Jean-François Roberge, Québec’s Education Minister, decided that he had little choice

“...but to transfer General George Vanier and John Paul 1 schools to the CSPI

(Commission Scholaire Pointe de L’Isle) this summer.” He stated that the Education Act gave him no power to agree to the cohabitation proposal made recently by the EMSB.

Citing the fact that his government is already planning to build and renovate several schools throughout the island, Roberge went on to say he could not abdicate his responsibilities as the province’s education minister by asking over 3000 students who happen to live in Montreal’s east-end “...to stay home.”

“Under the Education Act, we are legally required to provide every child with an education, whether they are English speaking or Francophone,” wrote the minister.

While EMSB (English Montreal School Board) Chairperson Angela Mancini has already said that she is “...very disappointed” with this news, she also mentioned that the EMSB’s political and administrative leadership did “...everything possible to save those school buildings.” While Roberge admits that it was a difficult decision, he also affirmed that thousands of CSPI students were being denied facilities such as libraries, resources, and computer rooms while east-end EMSB classrooms in both primary and secondary sectors remained empty for lack of accredited students who, under Québec’s Bill 101, would be allowed to pursue an English language education.

In his open letter the minister argued “...that empty classrooms benefit no one,” after which he mentioned how “...a full review of the EMSB’s real estate assets would allow us to identify sectors where the English community is actually growing.” While that may be good news for the island’s west-end schools and suburbs, it could also mean further bad news for EMSB schools located within the city’s east-end boroughs.

Following last week’s announcement, Mancini answered that the EMSB would hold an emergency ‘town hall’ at the EMSB’s Laurier-MacDonald High School in Montreal’s St. Léonard. As parents, administrators and affected governing board members are all invited to the meeting, Mancini hopes to discuss “...and review” all of the school board’s options before it decides what the EMSB will do about its declining student population and the loss of two more of its schools to local French-speaking school boards. 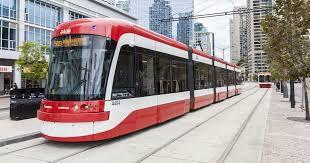 By P.A. Sevigny The Suburban

Soon to be seen on a Montreal street ‘chez nous’

A demolition committee meeting at Hampstead council 6:30 p.m. tonight, July 3, is expected to attract numerous tenants from affordable apartment buildings on Côte St. Luc Road which are proposed to be demolished.

Residents who would have to move if the project is approved are objecting. Building tenant Sharon Hyman wrote that she and her neighbours received a notice about the proposed demolition “out of nowhere.

“I found that there is a Régie du logement law against evicting anyone, for any reason, over the age of 70 who has lived in an apartment building for over 10 years and is low-income,” she wrote. “There are several people who fit that description in my building, including one lovely couple in their near-80s who have lived here for 45 years. I will fight for them, and anyone else not as fortunate as I am in life.”

Hyman was referring to the following Rental Board provision: “The owner-lessor may not repossess a dwelling if the lessee, or the lessee’s spouse, is 70 years of age or over, has occupied the dwelling for at least 10 years and has income equal to or less than the maximum threshold to qualify for a dwelling in low-rental housing.”

Hyman added that others are affected as well, including families with schoolchildren.

“I spent the afternoon speaking to my neighbours, trying to comfort people,” she wrote. “There are children upset, people in tears, older tenants panicking, and one neighbour who uses a wheelchair explaining that it takes a year and a half to find adapted housing.... There is no concern expressed by anyone involved with the project for any of the hundreds of people whose lives have been turned upside down.... Shame on the landlords and politicians.” (One resident in a wheelchair, Marie Pontini, was shown on CBC News struggling to climb the stairs of town hall on Queen Mary Road to register her objection to the demolition proposal.)

We contacted Mayor William Steinberg, who responded to several questions, the first in response to Hyman’s post that while the Mayor is strongly concerned about Quebec’s multi-cultural community through his strong opposition to Bill 21, the religious clothing law, the tenants in the Côte St. Luc Road buildings are themselves diverse and multi-cultural.

“If our Mayor truly cares about diversity, he should care about the disruption of a decades-old community,” Hyman wrote.”

Steinberg responded that he does care about diversity, “which is why I have taken a strong stand against Bill 21.”

“However, that does not mean we should freeze all development on Côte St. Luc Road,” he added. “The buildings are almost all very old and many are in poor shape. Area residents can have the opportunity to object to the project, first via a petition, then a register and a possible referendum that could halt everything.

“The request for a register can only start after a consultation meeting scheduled for July 15,” Steinberg told The Suburban. “If there is a register, all who are eligible to vote can sign the register. Approximately 10 percent of the eligible voters need to sign the register to trigger a referendum. Everyone in the zone where enough people signed can vote in the referendum.” joel@thesuburban.com 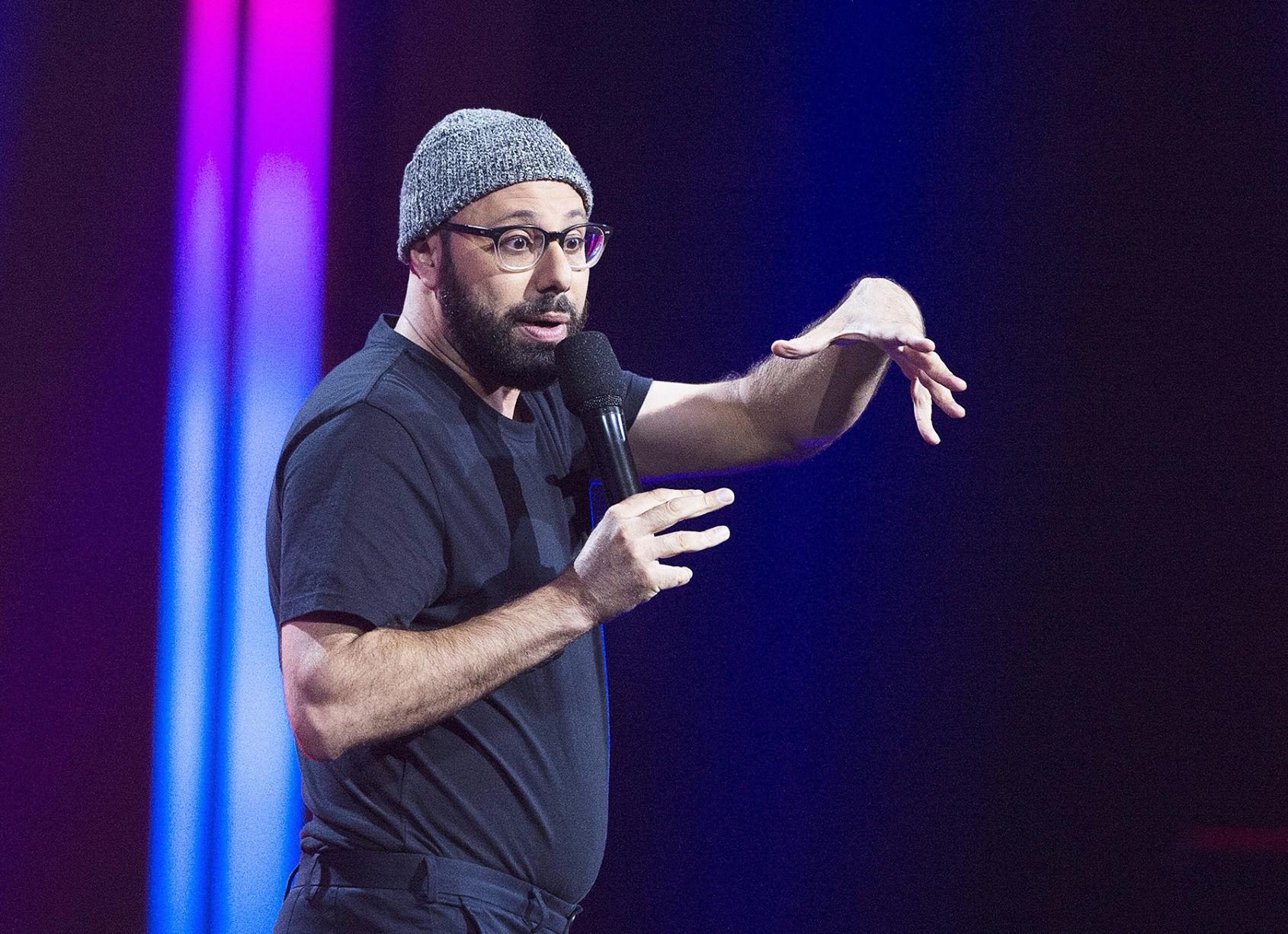 The 38-year-old, Windsor-born comedian says he is living out one of his long time goals. “I’ve always wanted to do The Ethnic Show,” Merheje said. 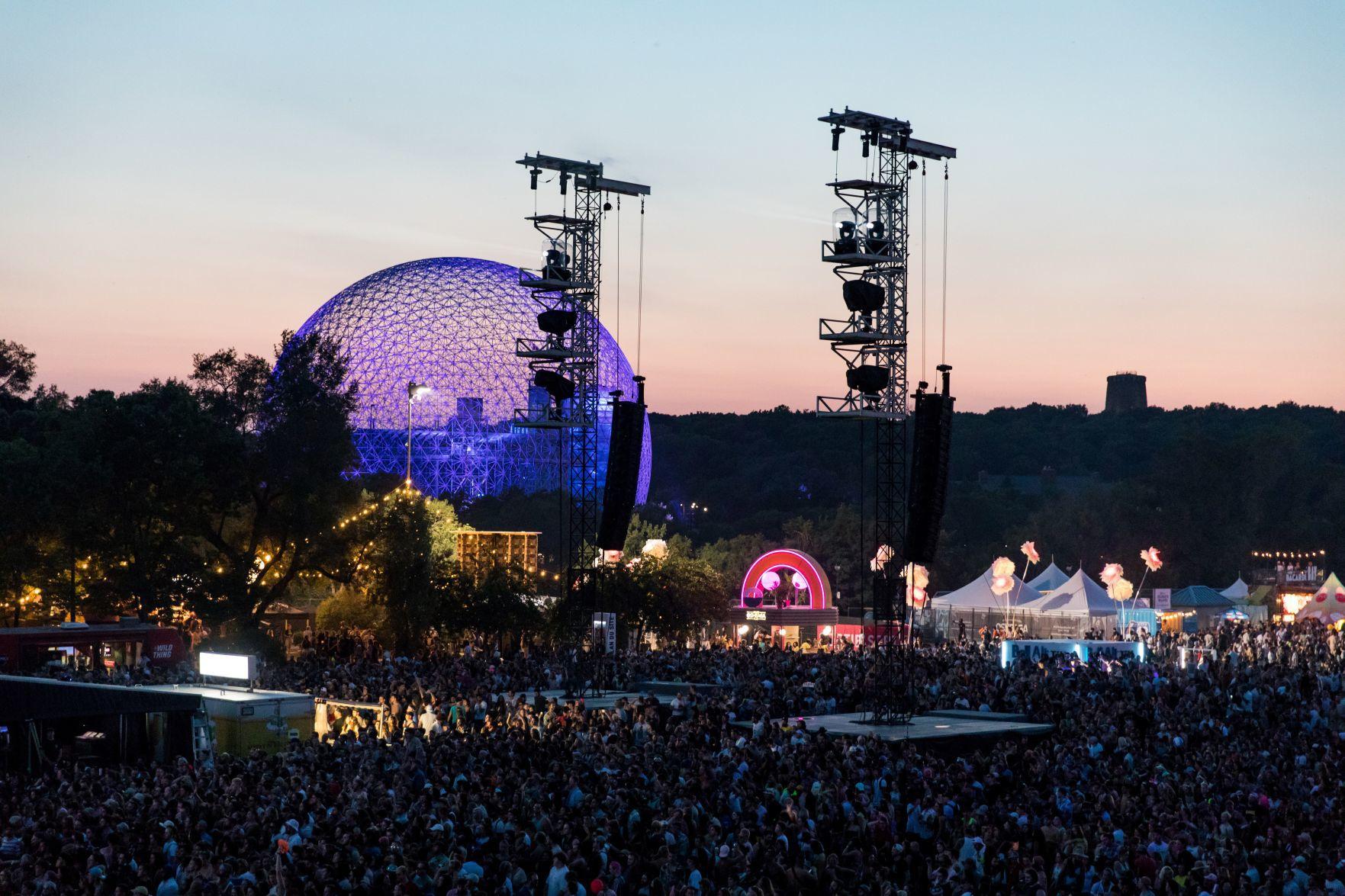 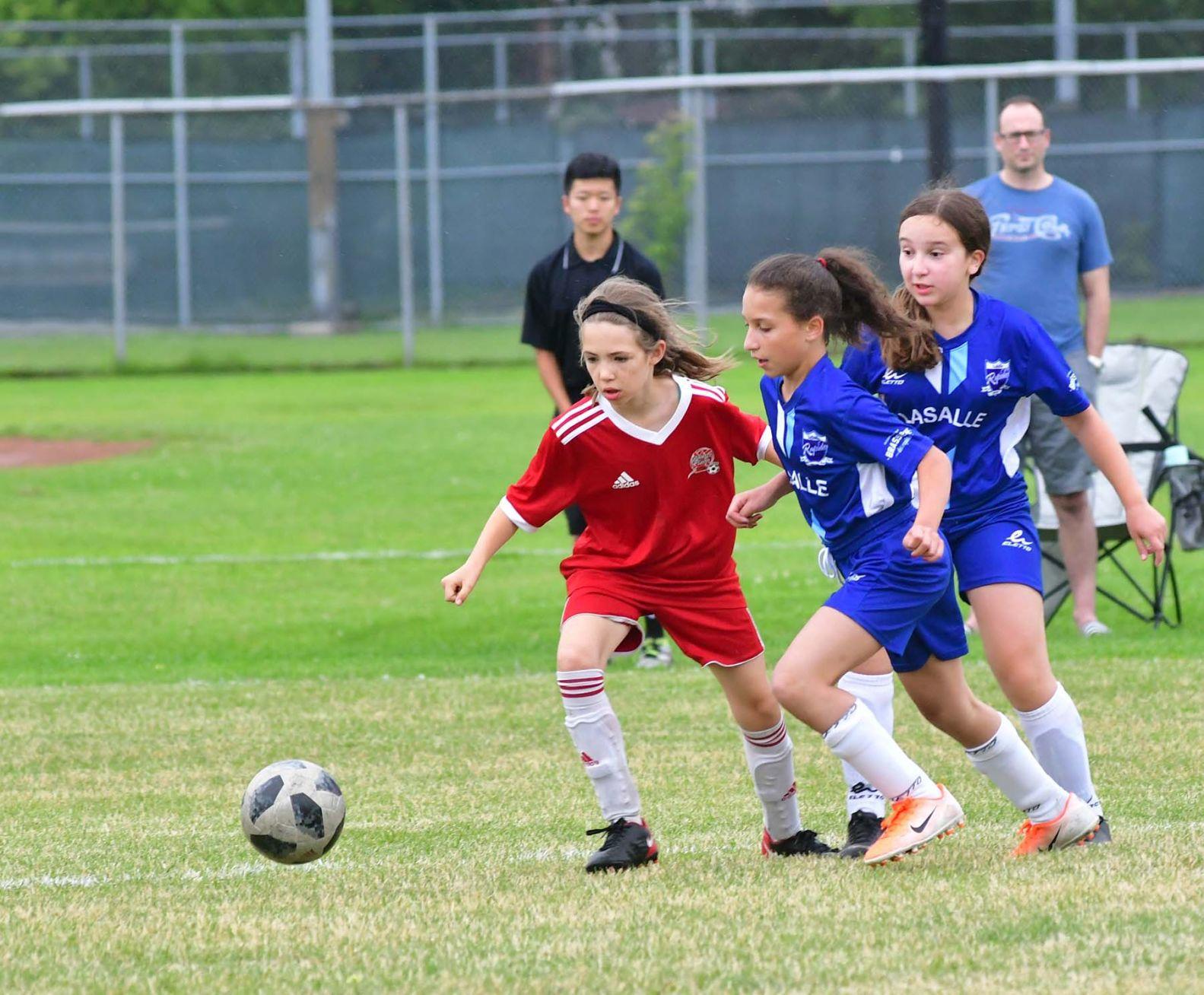 “The girls worked hard, we were missing a couple of our central players in the midfield and a couple of our more attacking players, so we just didn’t have the firepower today,” said Pointe Claire-head coach Dave Webster. 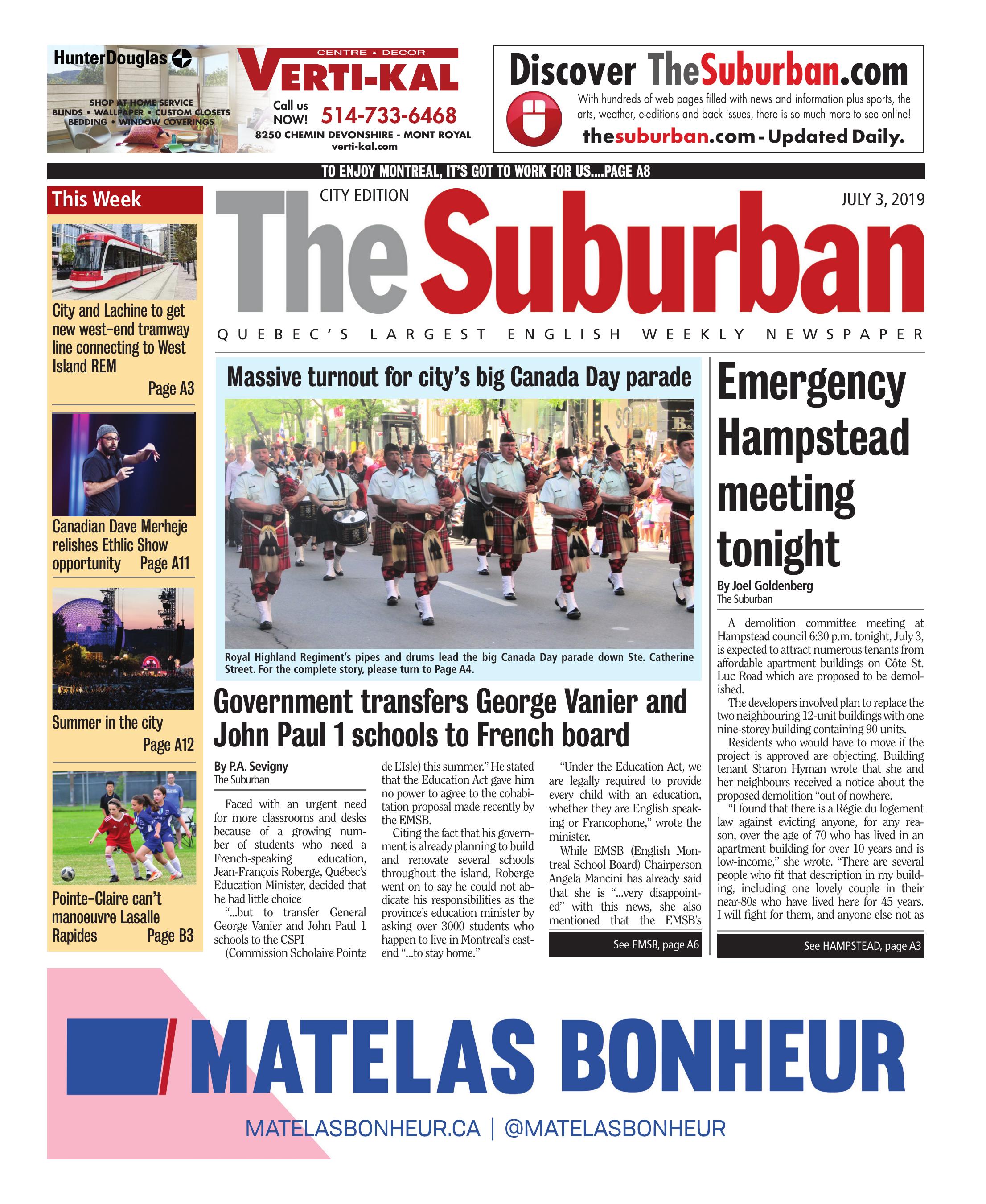