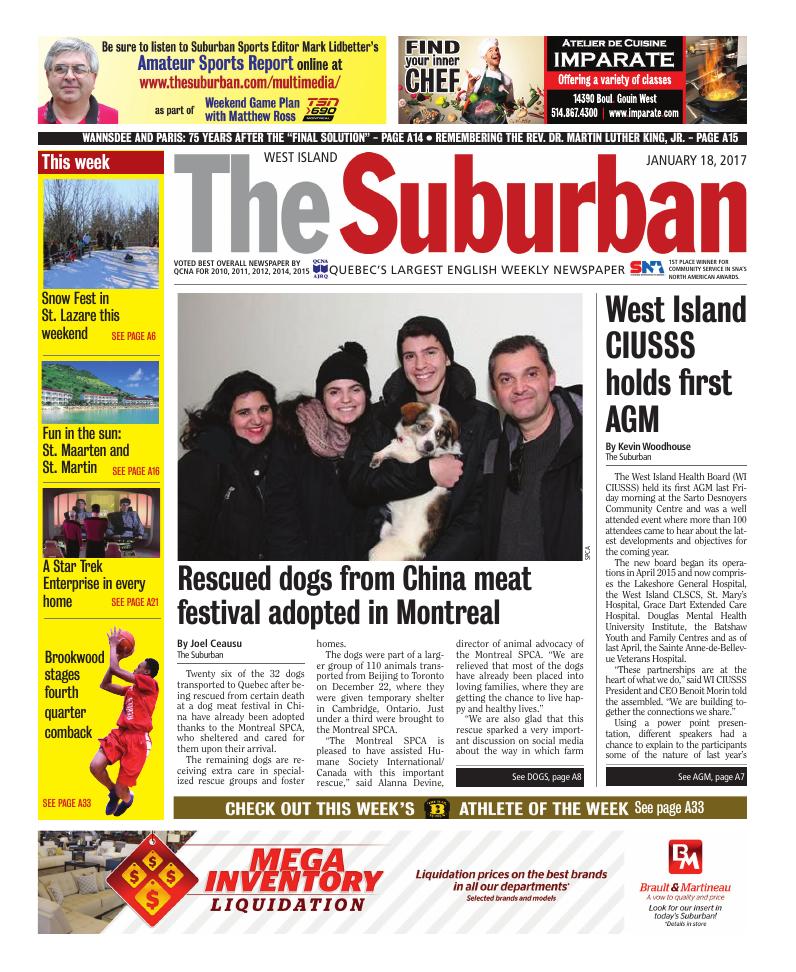 Twenty six of the 32 dogs transported to Quebec after being rescued from certain death at a dog meat festival in China have already been adopted thanks to the Montreal SPCA, who sheltered and cared for them upon their arrival.

The dogs were part of a larger group of 110 animals transported from Beijing to Toronto on December 22, where they were given temporary shelter in Cambridge, Ontario. Just under a third were brought to the Montreal SPCA.

“The Montreal SPCA is pleased to have assisted Humane Society International/Canada with this important rescue,” said Alanna Devine, director of animal advocacy of the Montreal SPCA. “We are relieved that most of the dogs have already been placed into loving families, where they are getting the chance to live happy and healthy lives.”

“We are also glad that this rescue sparked a very important discussion on social media about the way in which farm animals, such as pigs, cows and chickens – who experience a wide spectrum of emotions including the capacity to feel pain and to suffer, no different than dogs and cats – are raised and slaughtered for food here in Canada. The recent amendment to our Civil Code is clear in recognizing the sentience of all animals, cows and pigs as much as dogs and cats, and the public seems to be very aware of the fact that all animals, regardless of species, should not be subject to suffering.”

Rebecca Aldworth of Humane Society International/Canada said when they were found, the dogs were crammed into cages so tightly they couldn’t move and many were gasping for breath. “They had open wounds and skin infections and it was clear they had gone without food for several days. Now, these rescued dogs are finding happiness in forever homes in Canada, and will become ambassadors for our global fight to end the dog meat trade.”

The Yulin dog meat festival, initiated in 2010 to boost dog meat sales, results in thousands of dogs and cats slaughtered and eaten annually. International and national protest against the festival has reduced the scale of the event by 80 percent in recent years. 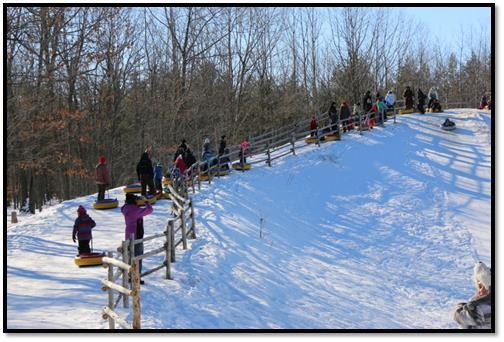 Don’t stay in this weekend- the weather is ideal for St. Lazare’s Snow Festival!

Wi CIUSSS Ombudsman Sarah-Beth Trudeau told the assembled at last Friday’s AGM that “every complaint we receive is handled.” To reach the Ombudsman call 1.844.630.5125.

By Rob Taussig The Suburban

The West Island Health Board (WI CIUSSS) held its first AGM last Friday morning at the Sarto Desnoyers Community Centre and was a well attended event where more than 100 attendees came to hear about the latest developments and objectives for the coming year.

“These partnerships are at the heart of what we do,” said WI CIUSSS President and CEO Benoit Morin told the assembled. “We are building together the connections we share.”

Using a power point presentation, different speakers had a chance to explain to the participants some of the nature of last year’s accomplishments.

Ombudsperson Sarah-Beth Trudeau noted that “we want to work together to reach solutions and that all complaints are handled” using a staff of 10 people of whom six deal directly with complainants.

Trudeau said that the bulk of the complaints received are “over accessibility issues such as delays for getting lab results, appointments and surgery delays.”

Associate President and CEO Lynne McVey spoke about the West Island’s 10,000 births within the territory last year as “16% of West Island residents are between the ages of 5 to 17, which is slightly larger than the Montreal average.”

The senior population is also on the rise expected to continue its growing trend. People are living longer, and better. And staying in the workplace far past 65. In fact it is expected that by 2030 nearly 50,000 West Islanders will be 75 years of age and over, representing a 42% increase from today.

Currently there are 1,476 long term residence care beds but the WI CIUSSS wants to add more home care services to enable those with less mobility.

Marie Claire Richer, associate Executive Director discussed some of the board’s upcoming challenges like reducing ER wait times, which remain at an average of 20 hours for the Lakeshore General Hospital, by “improving patient care and services coordination by observing patients pre, during and post ER visits.”

“We want to optimize the use of our imaging equipment and offer more access to radiology treatments,” Richer told the assembled.

One strategy will be to try and coordinate services better so that “a patient who needs a blood test and radiology and other treatments can get them all in one appointment by re-grouping tests so that they come to the hospital once for all and not three times, once for each treatment,” said Richer.

Morin told The Suburban that “we need to be more patient focused. For example, for some of our seniors in residences, they would be transferred to the ER but now we want to try and address as many issues as we can on site through home care services that will reduce wait times and alleviate a lot of stress for our seniors.” 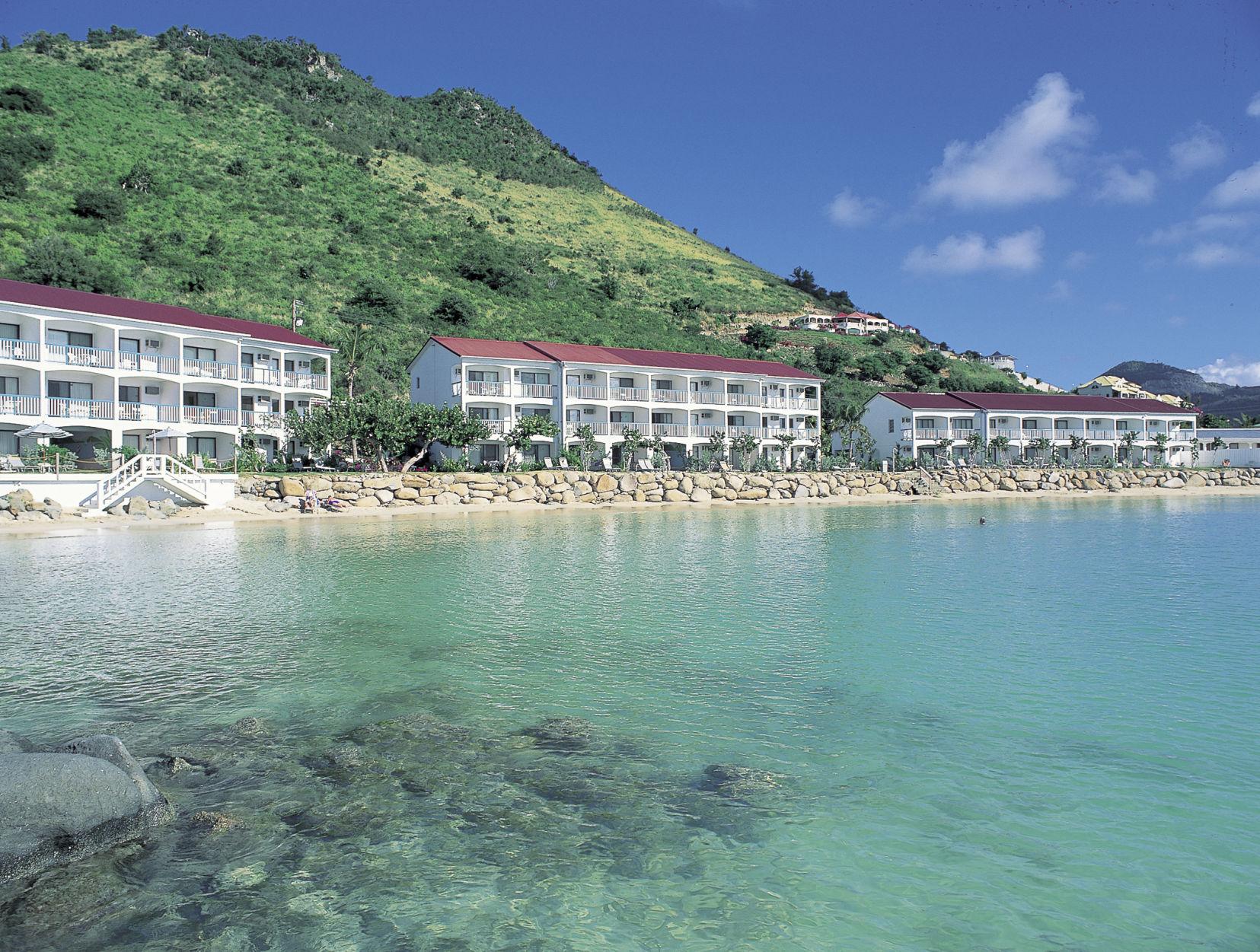 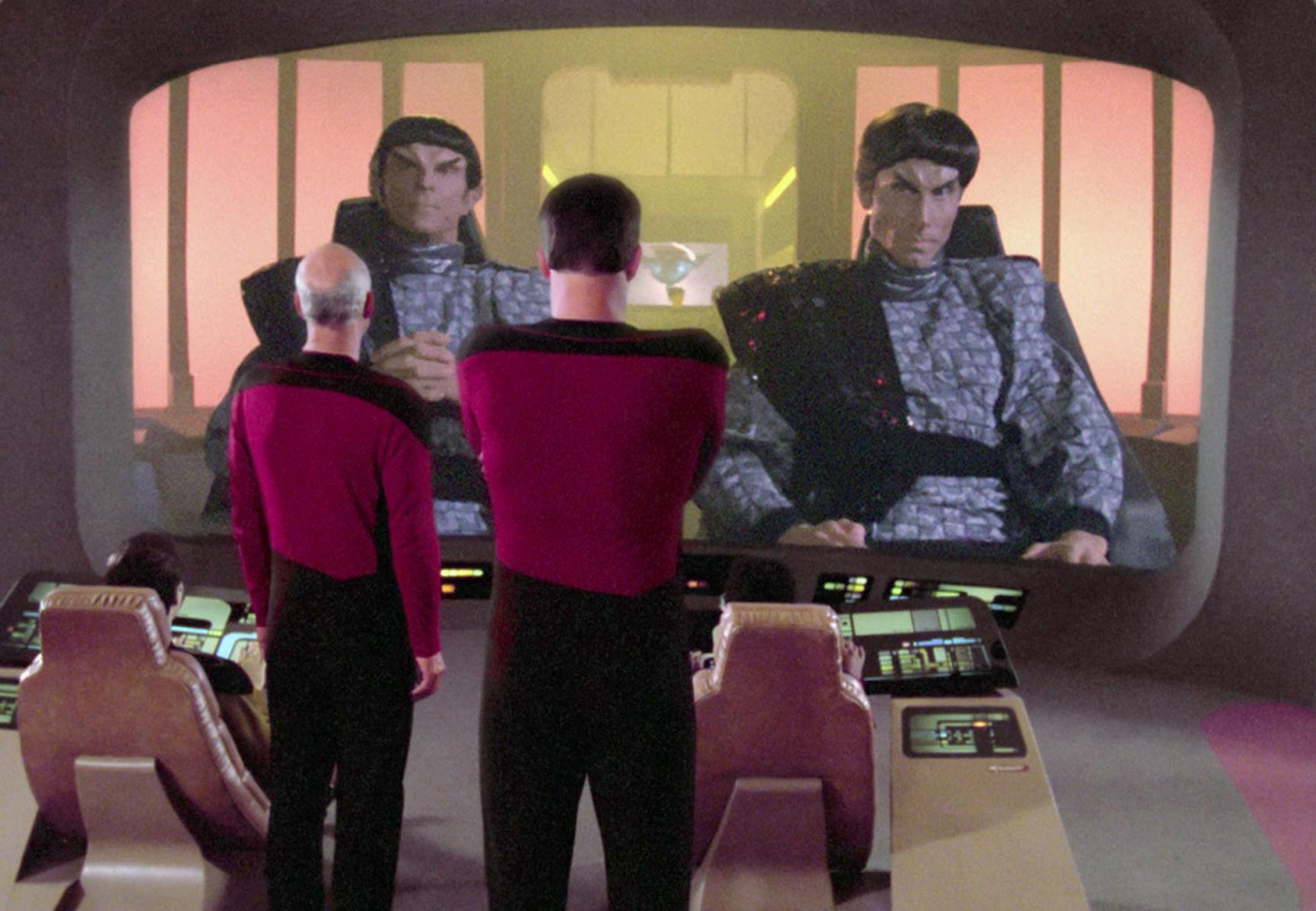 Much like the viewscreen on Star Trek’s Enterprise bridge, LG’s Signature OLED 4K W7, on the right, is meant to be hung up on a wall and aside from watching TV, your home Enterprise bridge will look even more authentic if it can be used as a communications device, like Skype. 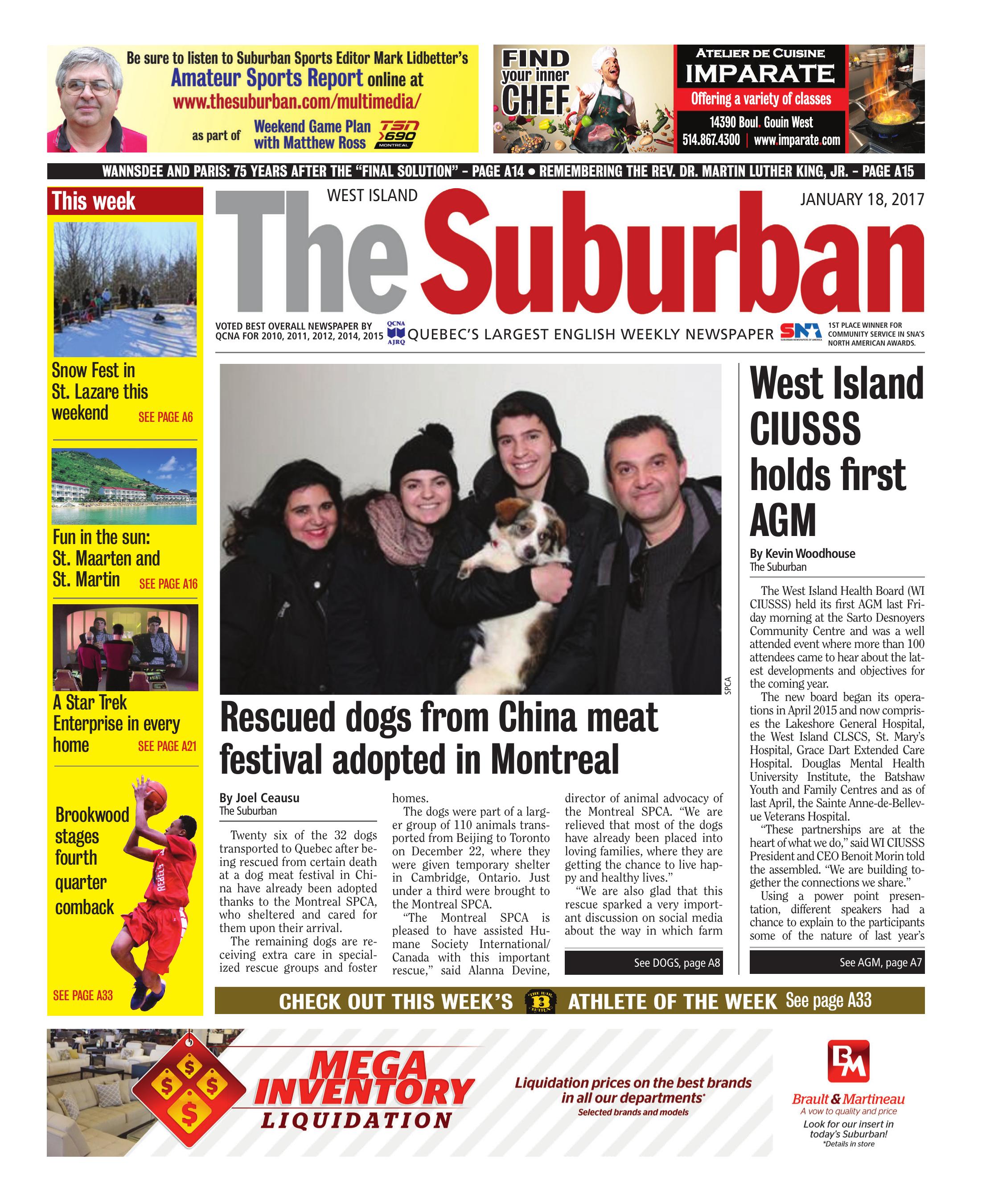