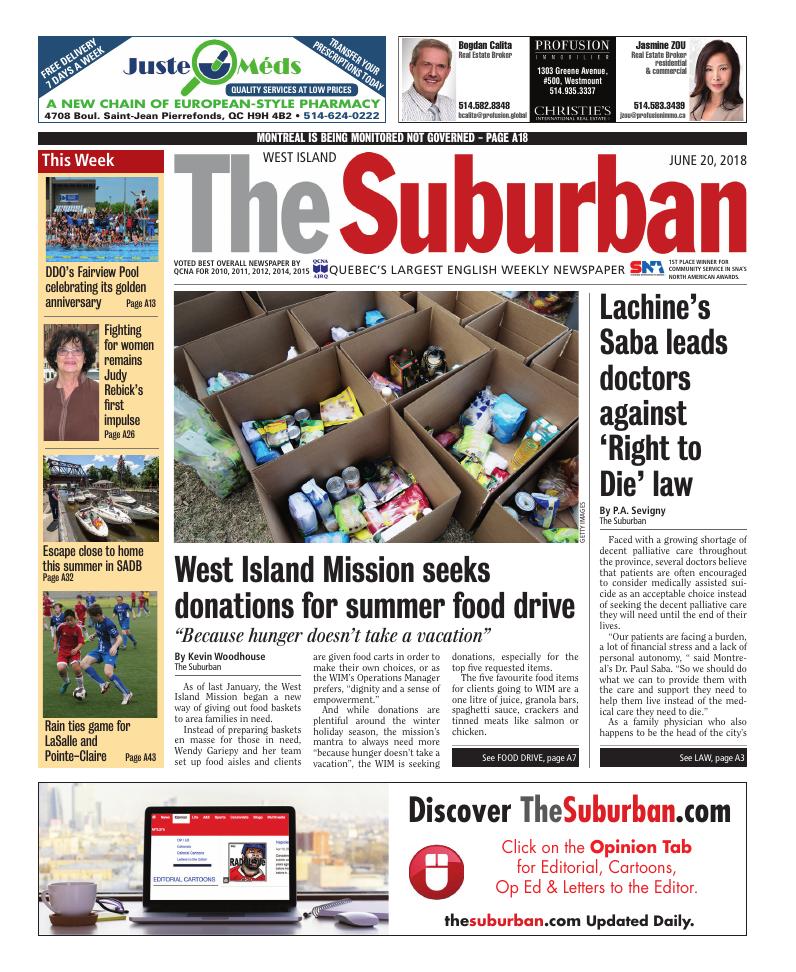 As of last January, the West Island Mission began a new way of giving out food baskets to area families in need.

Instead of preparing baskets en masse for those in need, Wendy Gariepy and her team set up food aisles and clients are given food carts in order to make their own choices, or as the WIM’s Operations Manager prefers, “dignity and a sense of empowerment.”

And while donations are plentiful around the winter holiday season, the mission’s mantra to always need more “because hunger doesn’t take a vacation”, the WIM is seeking donations, especially for the top five requested items.

The five favourite food items for clients going to WIM are a one litre of juice, granola bars, spaghetti sauce, crackers and tinned meats like salmon or chicken.

Gariepy has some suggestions to help collect food such that included as setting up a food drive box at a place of business and asking loved ones to add a few more items to their new grocery run that could go towards charity.

The West Island Mission would welcome any donations of the five favourite requests and drop offs can be made on Monday, Tuesday and Thursday from 1:00 to 3:30 p.m. as well as 9 to 10 a.m. on Saturday mornings at their headquarters located on 139 Labrosse in Pointe Claire.

Other drop off schedule times can be arranged via email at info@wimmoi.org. 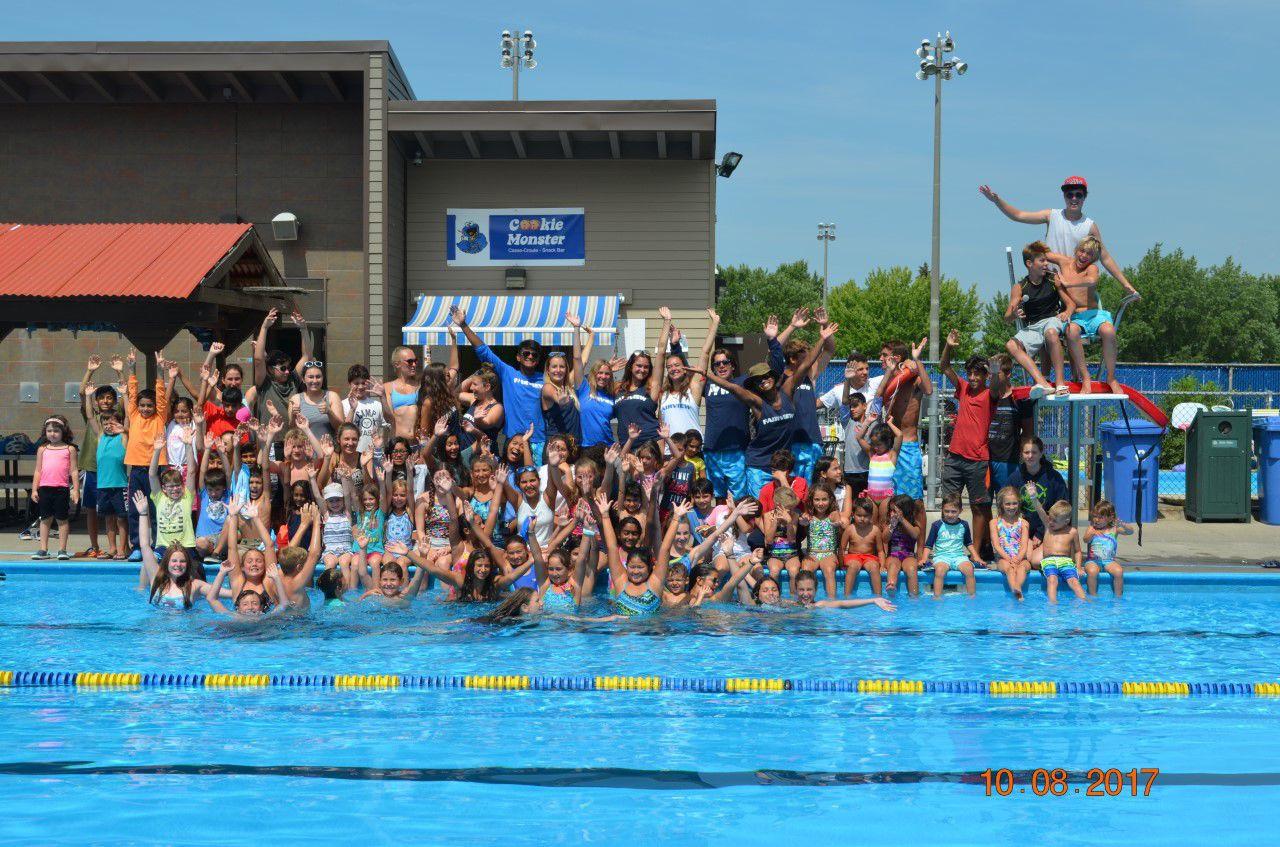 “Our patients are facing a burden, a lot of financial stress and a lack of personal autonomy, “ said Montreal’s Dr. Paul Saba. “So we should do what we can to provide them with the care and support they need to help them live instead of the medical care they need to die.”

As a family physician who also happens to be the head of the city’s ‘Physicians’ Coalition for Social Justice’, Dr. Saba went on to say that that the laws that govern a patient’s right to die “...are not being respected, and until that’s done, the law needs to be stopped or (at least) suspended.”

According to Saba and several other doctors who were present at last week’s press conference, the government’s inability to provide sufficient funds for palliative care is forcing (at least) some patients to consider seeking medical help to end their lives. Since Québec’s Medical Aid in Dying law came into effect in 2016, Dr. Saba told The Suburban that doctors and workers have already noticed that access to palliative care has been reduced while a mounting number of patients request medical assistance to help end their lives

According to Dr. Laurence Normand – Rivest, every suicide is a tragedy, especially as she believes that it reflects the zero-sum society by which the needs of a rapidly aging population comes up short against the bottom-line thinking that defines the budgets that define the delivery of efficient health care in Québec. As it only costs the province $10 per shot to end someone’s life, Dr. Normand — Rivest believes that medically – supervised euthanasia will become the standard option compared to what it will cost to provide patients with the long-term – and possibly expensive – palliative care they will need during the final days of their lives.

For others, including Lisa D’Amico, Québec’s ‘end of life’ law has added another dimension to a life that’s already defined by a daily grind that includes equal measures of agony and petty aggravation. Born with cerebral palsy, D’Amico’s short but forthright testimony described a life that’s been reduced to little more than a stark choice between endless rounds of brain-numbing medication and the appeal of a single needle that’s bound to put an end to everything.

“I don’t have access to any kind of physiotherapy or hydrotherapy to handle the pain,” she said. “All I’ve got is the choice between more pills, and a needle that will put a definite end to everything.” 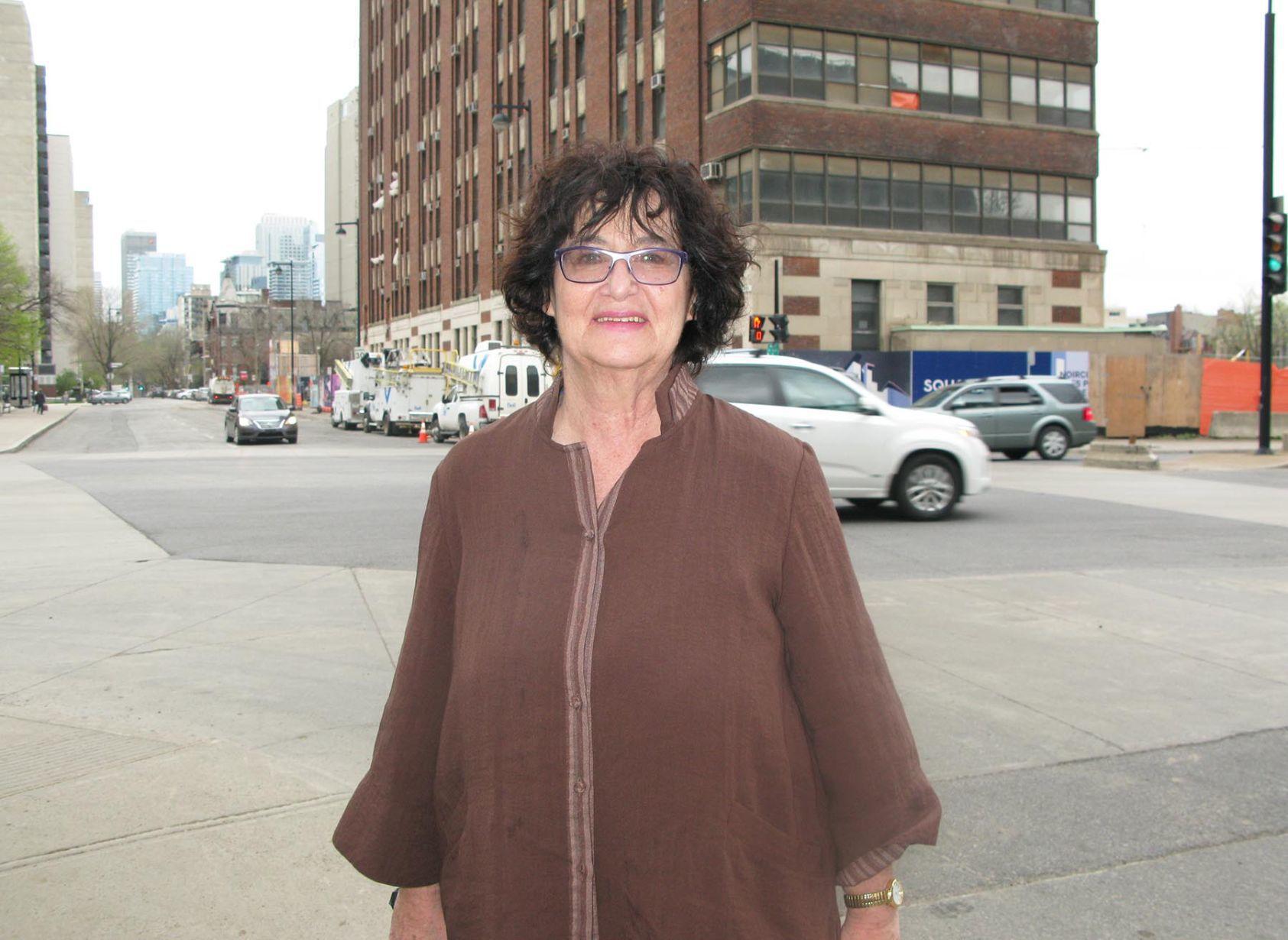 Outspoken, bold and deeply committed, Judy Rebick has dedicated her life to making the world a fairer place for women. 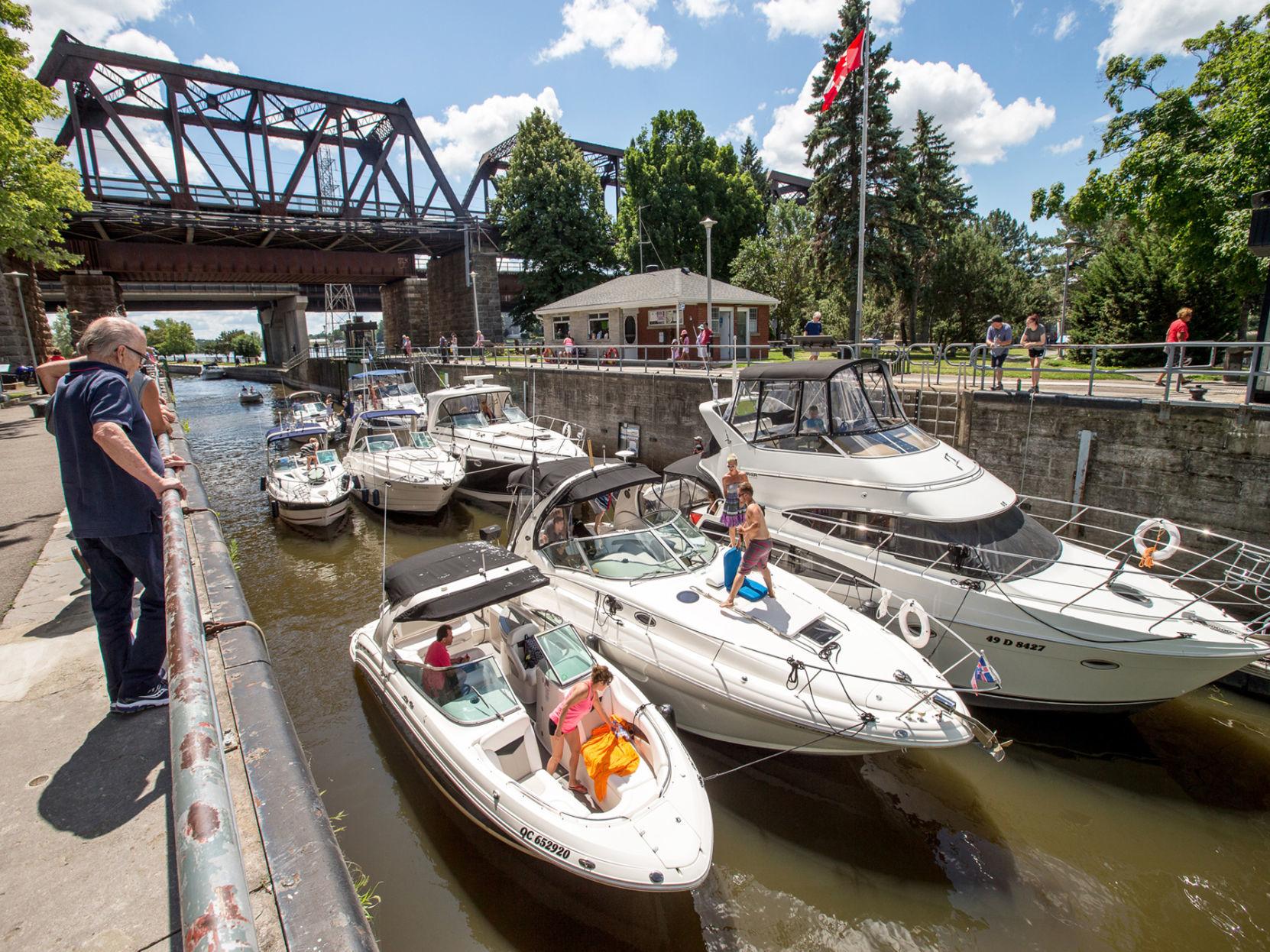 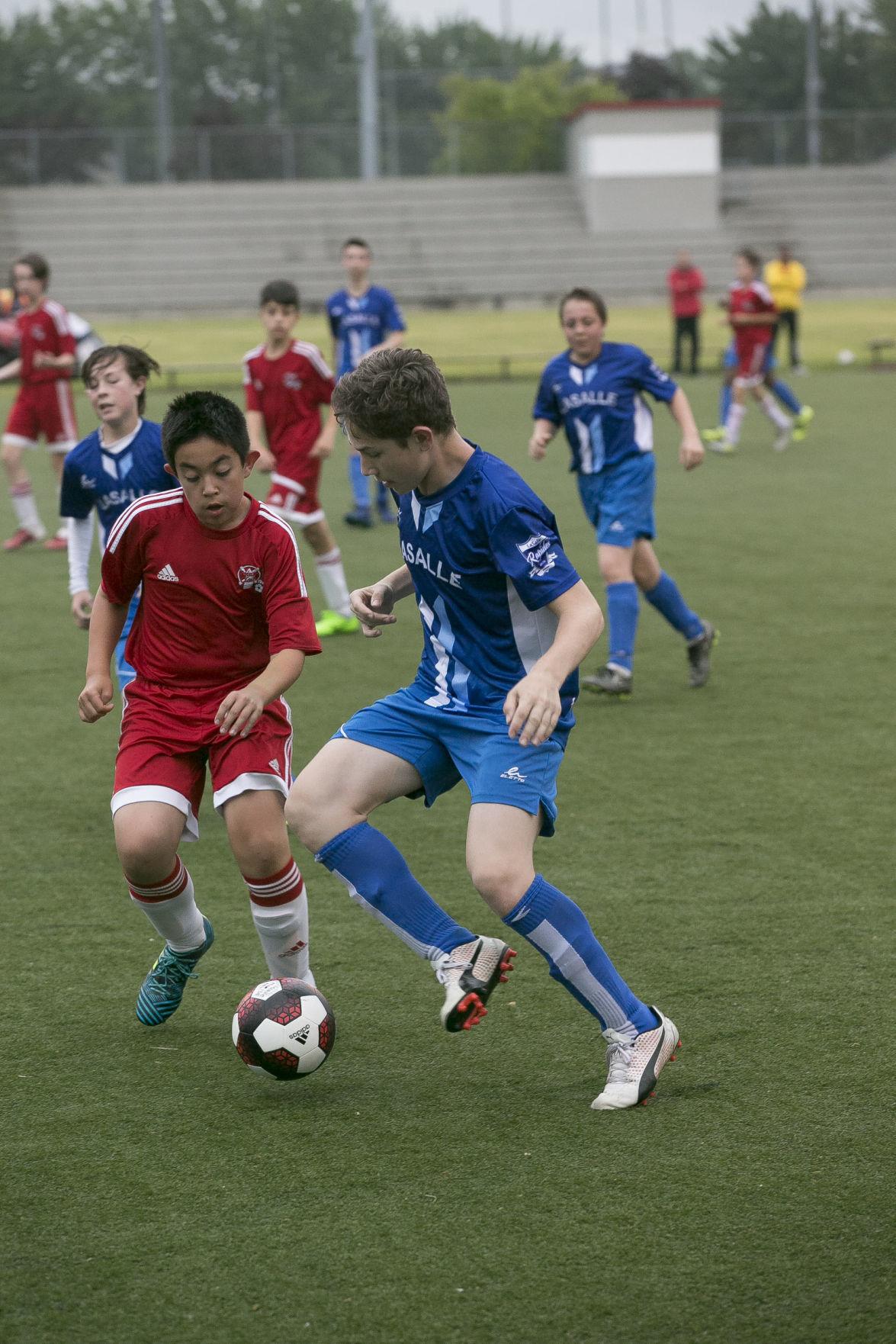 “Our defense has been quite solid,” said Pointe-Claire coach, Gary Harvey. “We need to improve our attack. The boys need to be calmer with the ball, and get their heads up and get good passing options.” 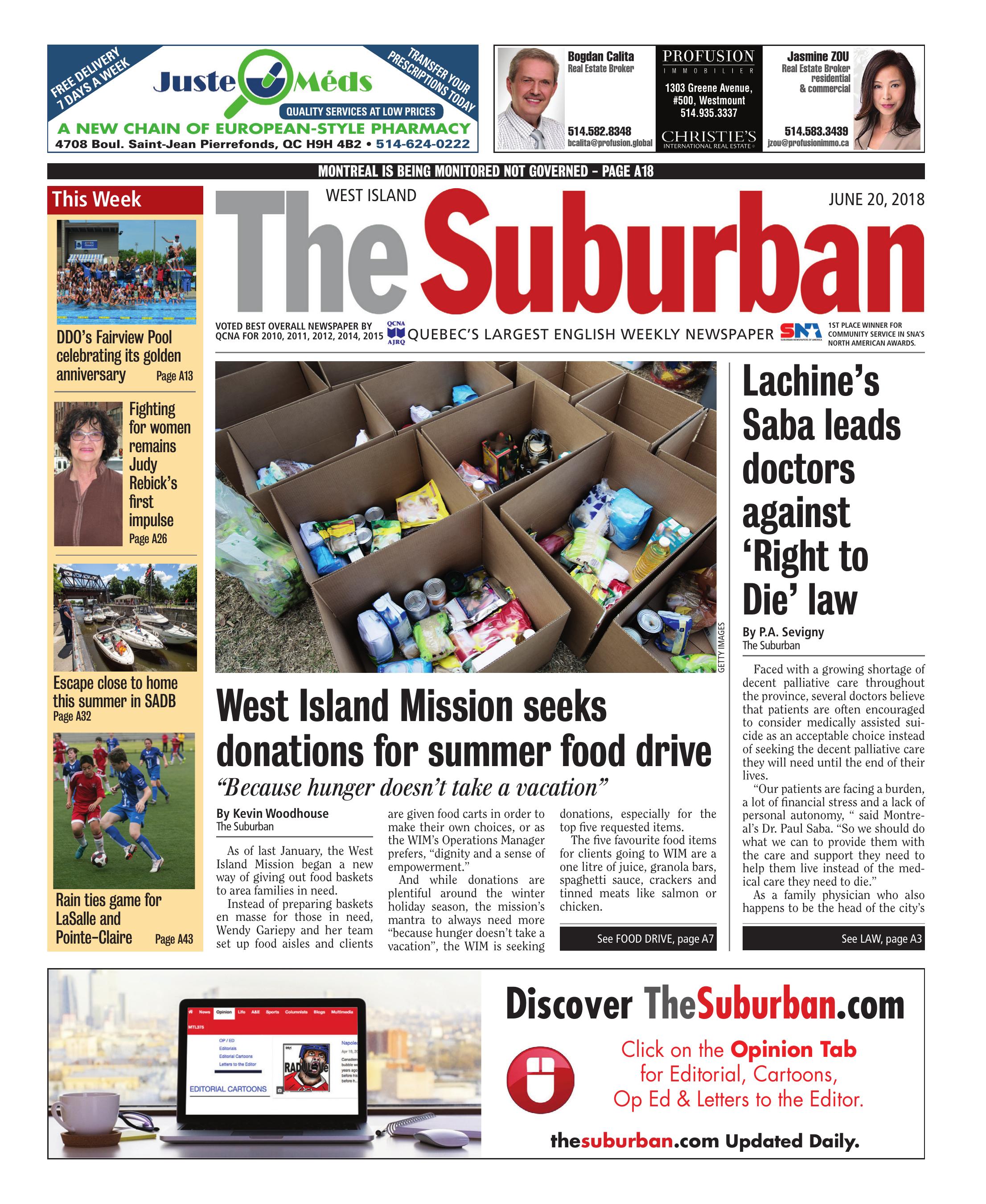