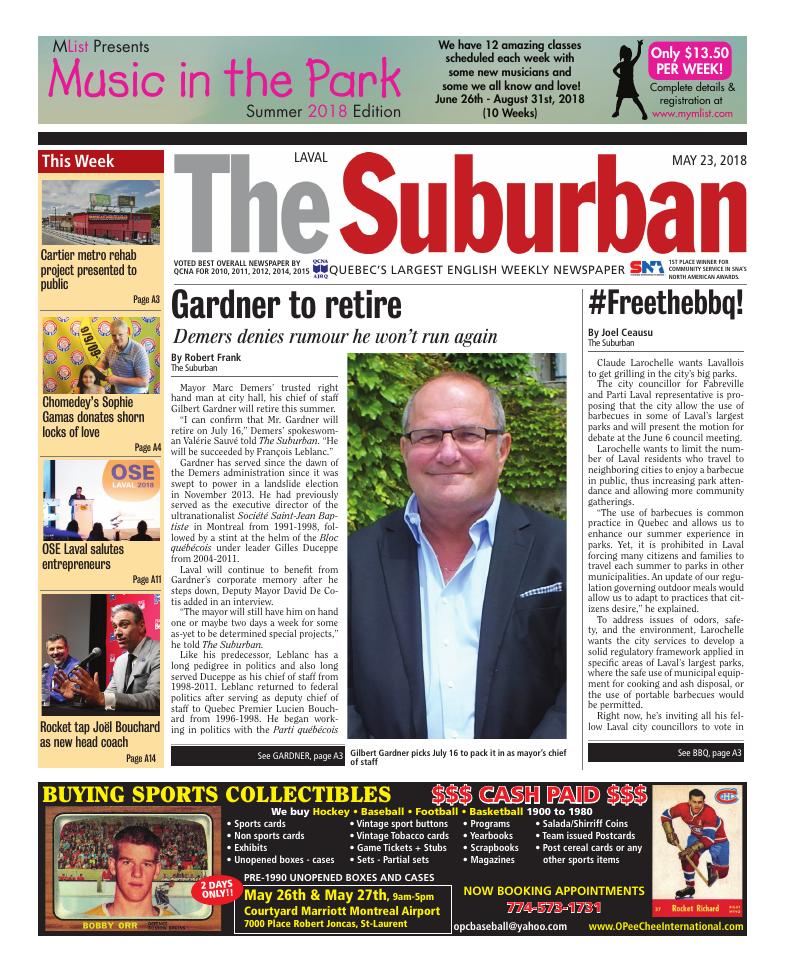 “I can confirm that Mr. Gardner will retire on July 16,” Demers’ spokeswoman Valérie Sauvé told The Suburban. “He will be succeeded by François Leblanc.”

Gardner has served since the dawn of the Demers administration since it was swept to power in a landslide election in November 2013. He had previously served as the executive director of the ultranationalist Société Saint-Jean Baptiste in Montreal from 1991-1998, followed by a stint at the helm of the Bloc québécois under leader Gilles Duceppe from 2004-2011.

Laval will continue to benefit from Gardner’s corporate memory after he steps down, Deputy Mayor David De Cotis added in an interview.

“The mayor will still have him on hand one or maybe two days a week for some as-yet to be determined special projects,” he told The Suburban.

Like his predecessor, Leblanc has a long pedigree in politics and also long served Duceppe as his chief of staff from 1998-2011. Leblanc returned to federal politics after serving as deputy chief of staff to Quebec Premier Lucien Bouchard from 1996-1998. He began working in politics with the Parti québécois in 1980 before seving in Ottawa as Bloc québécois operations director from 1991-1995.

Leblanc made the move to municipal politics in 2013, when he ran Melanie Joly’s unsuccessful bid to become mayor of Montreal.

The following year, he was hired to run Laval’s 50th anniversary festivities, a post he held until 2016, when Laval’s executive committee appointed him to serve as special advisor as a member of Mayor Demers’ political staff.

“Having served several months as special advisor will ensure a smooth transition,” Sauvé reassured. “He has lots of political experience, notably with the Bloc québécois, has worked for some time now on the [mayor’s] political staff and is well-acquainted with the workings of the municipal administration.”

Sauvé also scotched rumours making the rounds last week to the effect that Mayor Demers intended to step down at the end of his current mandate in 2021 and not seek re-election.

“He remains firmly in position and will seek re-election,” she affirmed. 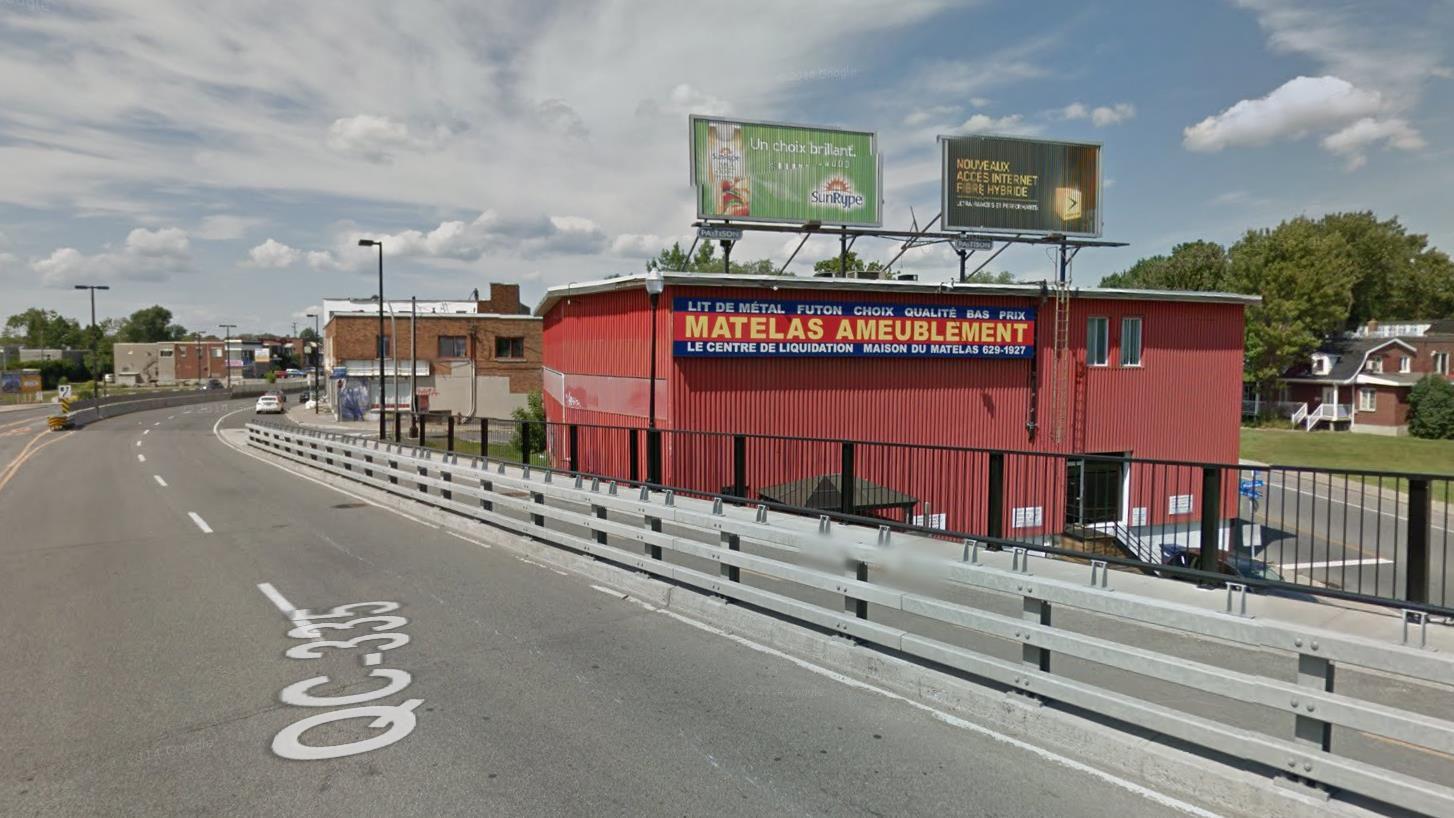 A new park will replace the old furniture store structure at the entrance to Pont-Viau in 2021.

Larochelle wants Lavallois to get grilling in the city’s large parks.

Claude Larochelle wants Lavallois to get grilling in the city’s big parks.

The city councillor for Fabreville and Parti Laval representative is proposing that the city allow the use of barbecues in some of Laval’s largest parks and will present the motion for debate at the June 6 council meeting.

Larochelle wants to limit the number of Laval residents who travel to neighboring cities to enjoy a barbecue in public, thus increasing park attendance and allowing more community gatherings.

“The use of barbecues is common practice in Quebec and allows us to enhance our summer experience in parks. Yet, it is prohibited in Laval forcing many citizens and families to travel each summer to parks in other municipalities. An update of our regulation governing outdoor meals would allow us to adapt to practices that citizens desire,” he explained.

To address issues of odors, safety, and the environment, Larochelle wants the city services to develop a solid regulatory framework applied in specific areas of Laval’s largest parks, where the safe use of municipal equipment for cooking and ash disposal, or the use of portable barbecues would be permitted.

Right now, he’s inviting all his fellow Laval city councillors to vote in favor of the proposal on June 6 so that the city services can determine its best application for this proposal. “I proposed that the city develop a policy to regulate the use of barbecues in a respectful and safe manner for all and for the environment. Not all areas of all our parks are suitable for barbecues, and it will be up to our experts to determine the best application of these regulations for the benefit of all.”

The timeline for a new era in Laval parks would largely depend on the ruling Mouvement Lavalois caucus and how the services determine the best practices, i.e. fixed or portable barbecues and in which parks.

In Montreal, barbqs are allowed in the larger nature parks that often have fixed grills, and the rules vary for local parks in each borough.

The official opposition has launched an online petition allowing citizens to support this proposal. “Claude Larochelle is not only the representative for Fabreville citizens,” said opposition leader Michel Trottier. “He represents all residents of Laval as the Official Opposition representative. It is in this sense that we want our actions in council to be supported by citizens outside city hall.” 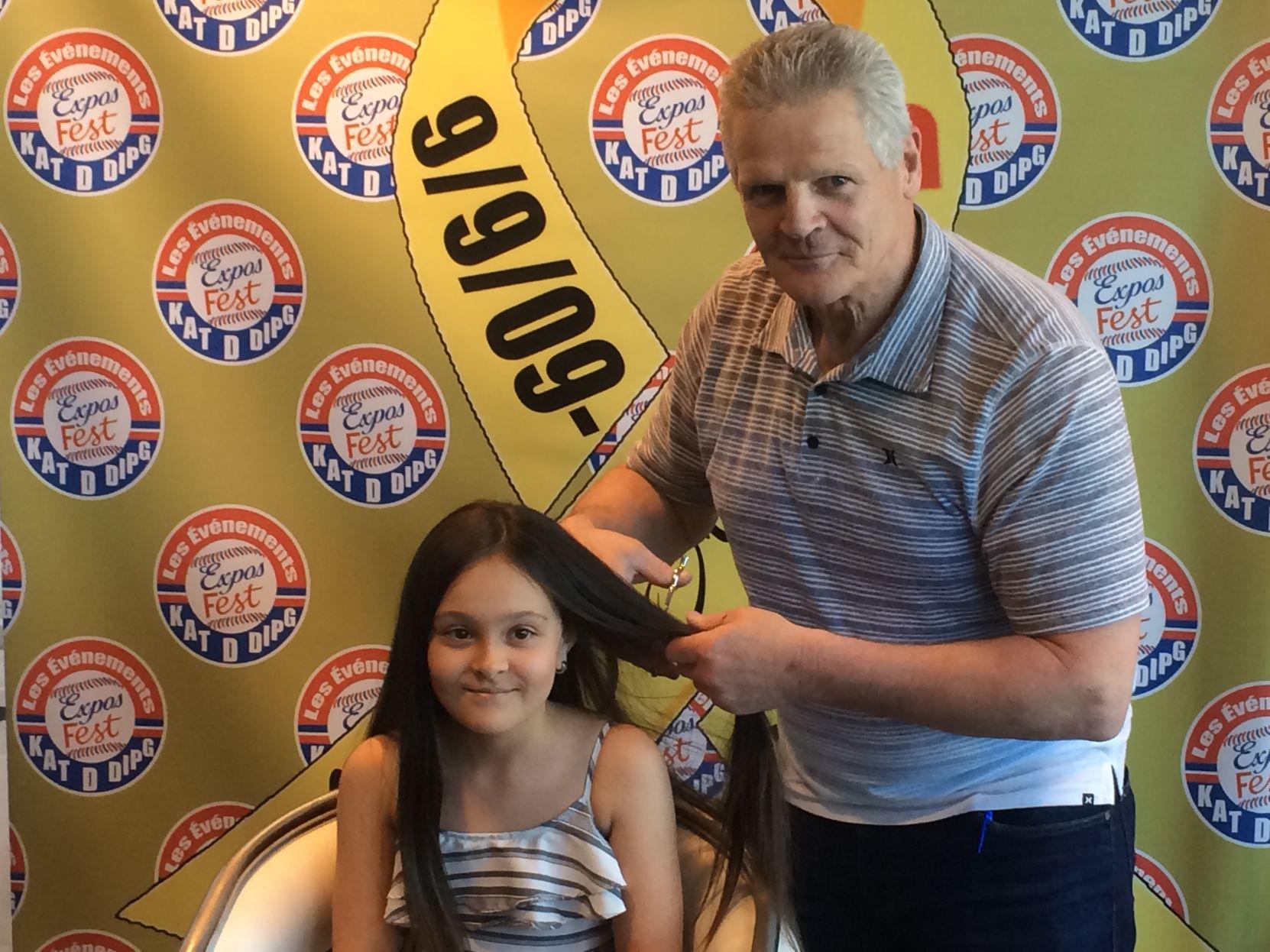 By Mark Lidbetter The Suburban

Last Saturday Chomedey’s Sophie Gamas, age nine, donated a 10-inch length of her hair to Locks of Love for children going through chemotherapy. The event was held in tandem with the Kat D DIPG fund where with the help of former Hab favorite Chris Nilan, who did the honours of the cutting (with the guidance of a professional of course) raised close to $8,000. That money will go the Montreal Children’s Hospital for research into DIPG a childhood brain cancer that has no cure and took the life of Catherine “Kat” Demes at the age of five. 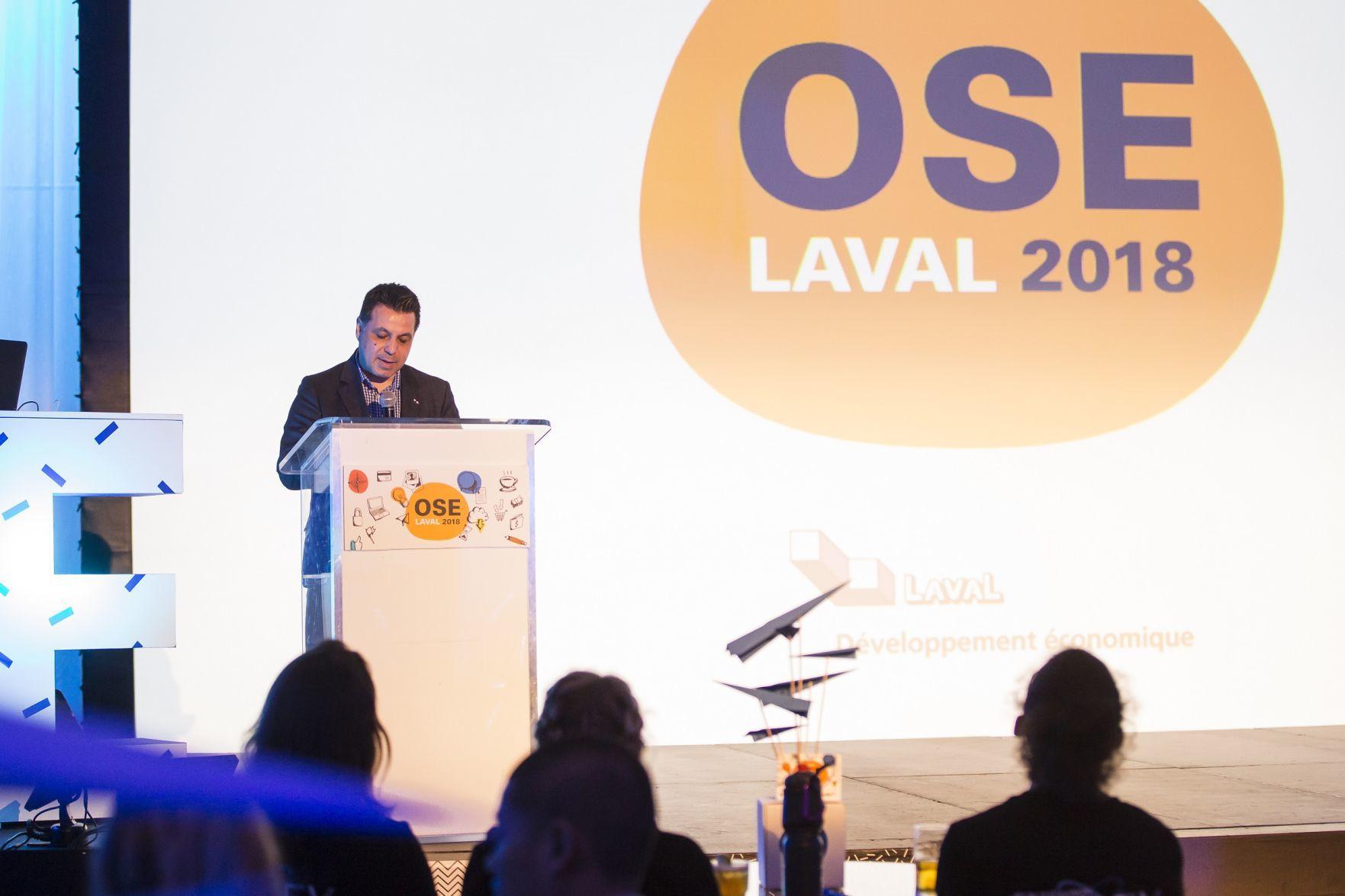 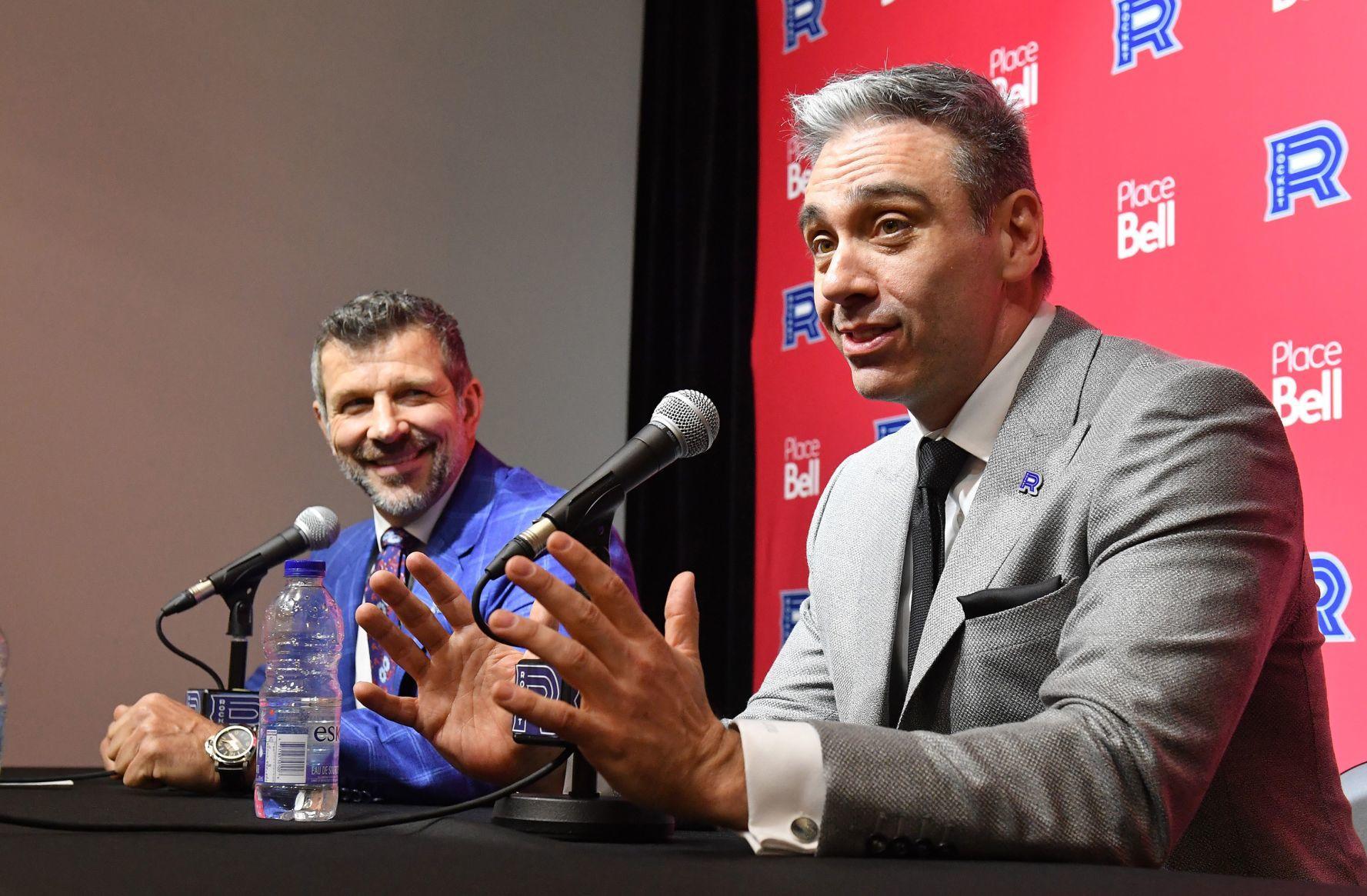 With Montreal's general manager Marc Bergevin looking on, Joël Bouchard (right) said, " To see guys called up (to the Canadiens) and do well excites me," during the press conference to introduce him as the Laval Rocket's new head coach. 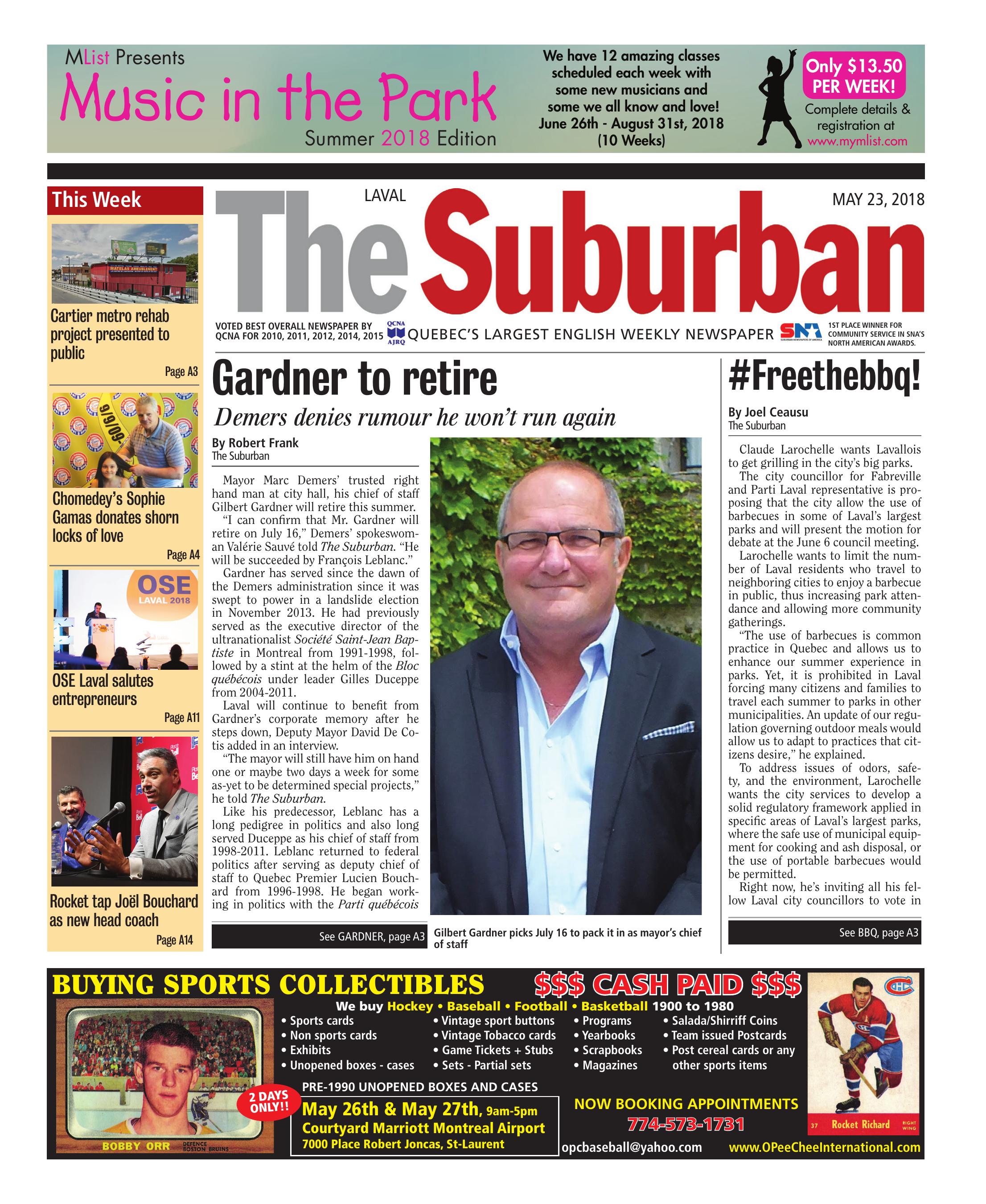