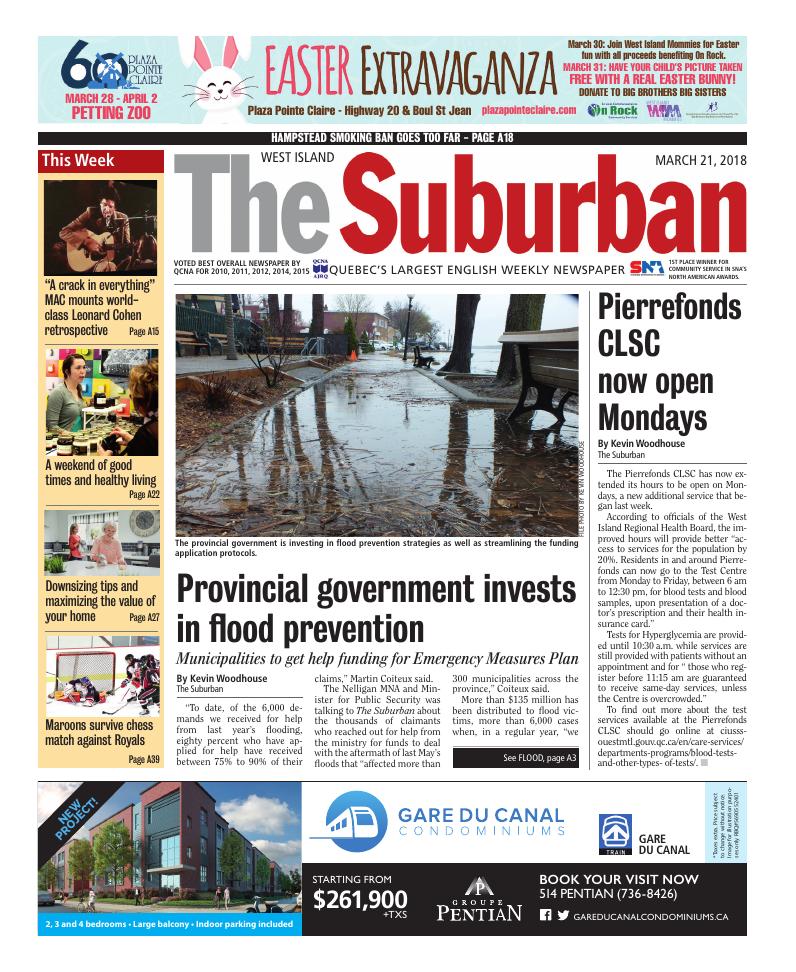 The provincial government is investing in flood prevention strategies as well as streamlining the funding application protocols.

By Rob Taussig (file) The Suburban

More than $135 million has been distributed to flood victims, more than 6,000 cases when, in a regular year, “we only get about 200 cases normally,” Minister of Public Security Martin Coiteux said, explaining why there were delays for applicants as well as sometimes, they would have to deal with several case workers.”

“To date, of the 6,000 demands we received for help from last year’s flooding, eighty percent who have applied for help have received between 75% to 90% of their claims,” Martin Coiteux said.

The Nelligan MNA and Minister for Public Security was talking to The Suburban about the thousands of claimants who reached out for help from the ministry for funds to deal with the aftermath of last May’s floods that “affected more than 300 municipalities across the province,” Coiteux said.

More than $135 million has been distributed to flood victims, more than 6,000 cases when, in a regular year, “we only get about 200 cases normally,” Coiteux said, explaining why there were delays for applicants as well as sometimes, they would have to deal with several case workers.”

Coiteux noted that in order to prevent such a build up of case files in future situations, the province “will train more workers and expand the number of civil servants, some in other departments, who could work on the files at a higher and more efficient capacity.”

The province will invest upwards of $ 50 million to help adopt strategies to learn from last year’s floods via helping municipalities financially in creating Emergency Measures Plan that “will contain a set of clearly attributed responsibilities for public works and city employees, volunteers, public security, emergency housing protocols, the police and fire departments.

“In the future, with these plans, everyone involved will know their respective role and there will be no improvisation,” said Coiteux. The minister noted that currently, only about one third of all Quebec municipalities have an updated plan.

Simplying the “financial assistance program to victims is another major objective as well as providing municipalities the opportunity to manage their own files as they are closer to the citizens affected.”

The action plan presented last week by Coiteux’s ministry was “based on ground level consultations with did with flood victims, recovery teams and all associated in helping with emergency measures because we want to be ready for this spring.”

The Pierrefonds CLSC has now extended its hours to be open on Mondays, a new additional service that began last week.

According to officials of the West Island Regional Health Board, the improved hours will provide better “access to services for the population by 20%. Residents in and around Pierrefonds can now go to the Test Centre from Monday to Friday, between 6 am to 12:30 pm, for blood tests and blood samples, upon presentation of a doctor’s prescription and their health insurance card.”

Tests for Hyperglycemia are provided until 10:30 a.m. while services are still provided with patients without an appointment and for “ those who register before 11:15 am are guaranteed to receive same-day services, unless the Centre is overcrowded.”

To find out more about the test services available at the Pierrefonds CLSC should go online at ciusss- ouestmtl.gouv.qc.ca/en/care-services/departments-programs/blood-tests-and-other-types- of-tests/. 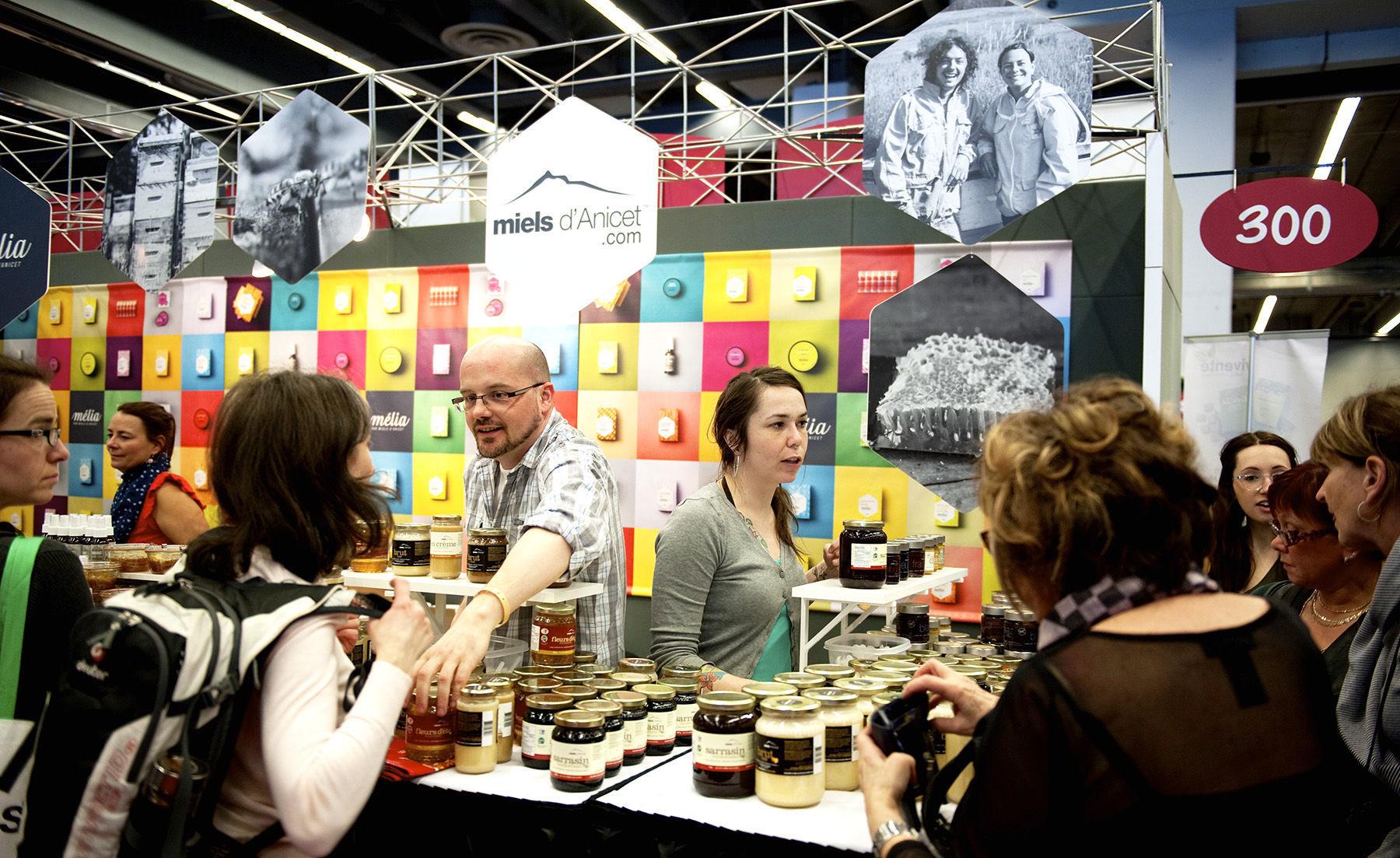 The event features approximately 330 exhibitors, including 225 tasting booths, as well as 75 live conferences covering a wide variety of topics. 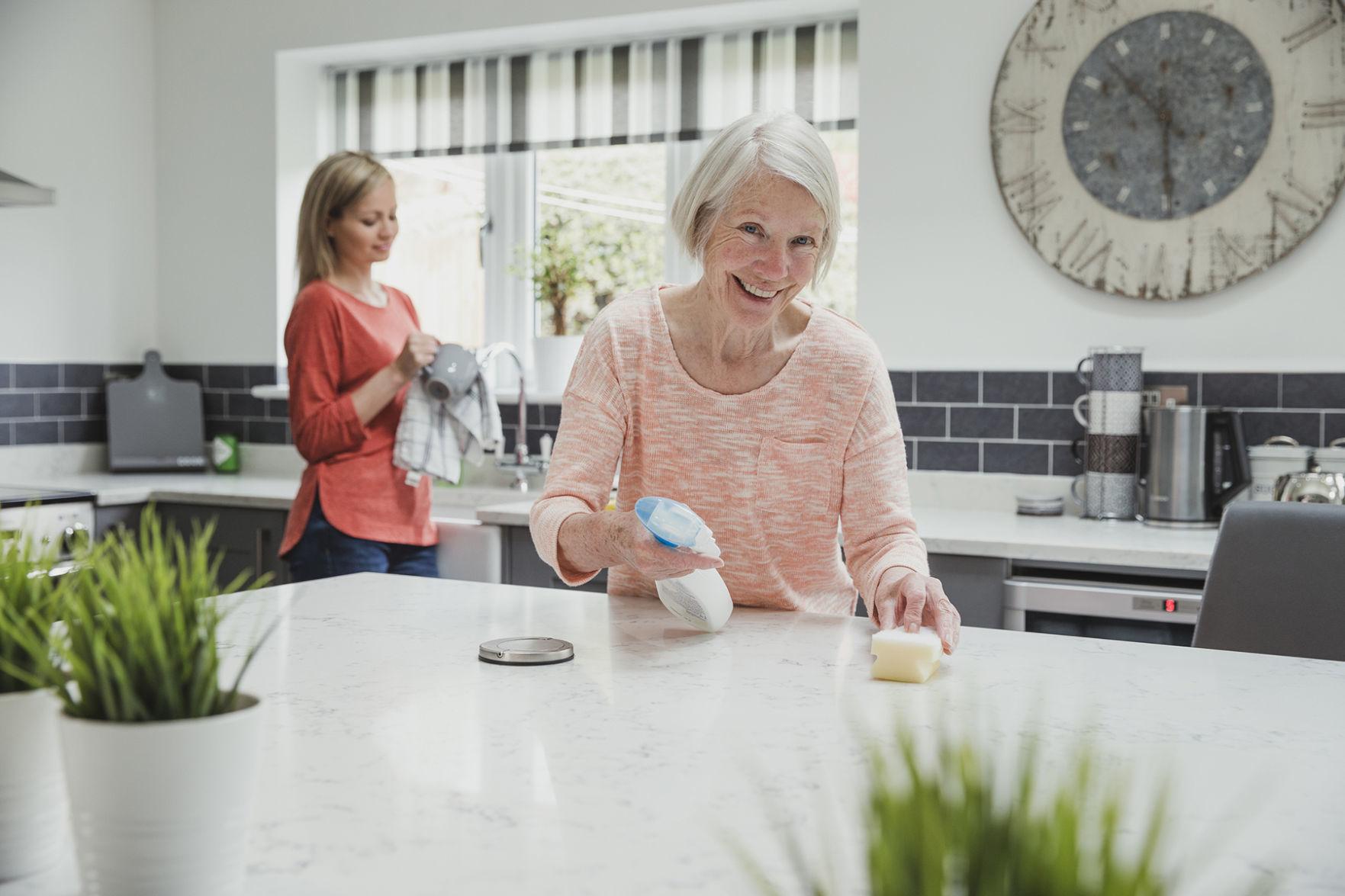 Clean up to maximize the value of your home. A clean house translates into dollars. Buyers touch everything. 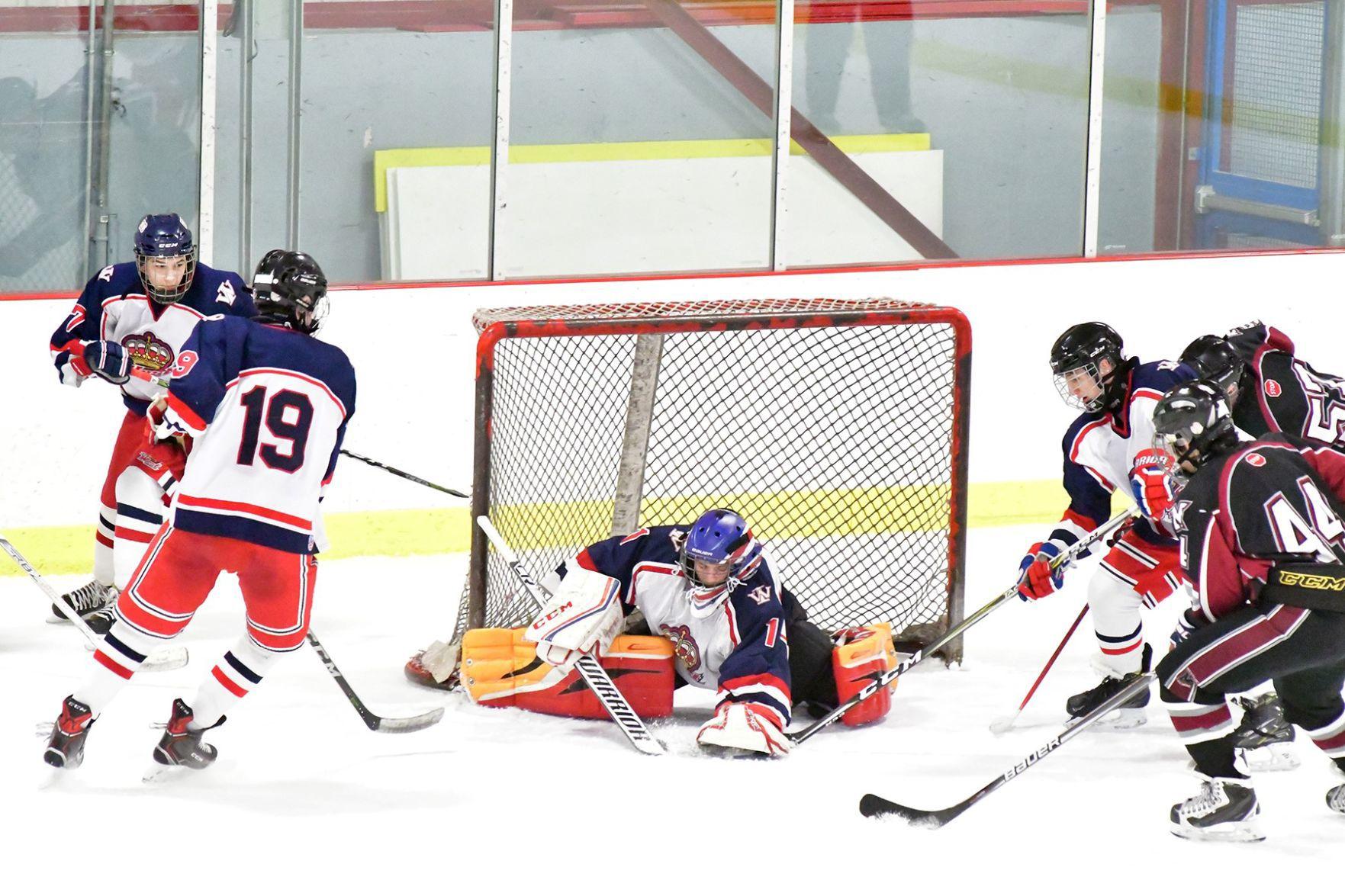 “The playoffs is everything, all the regional teams make the playoffs, so you know the regular season doesn’t really count for much; our objective is at least to make it passed the first bracket,” said West Island head coach Rick Ness. 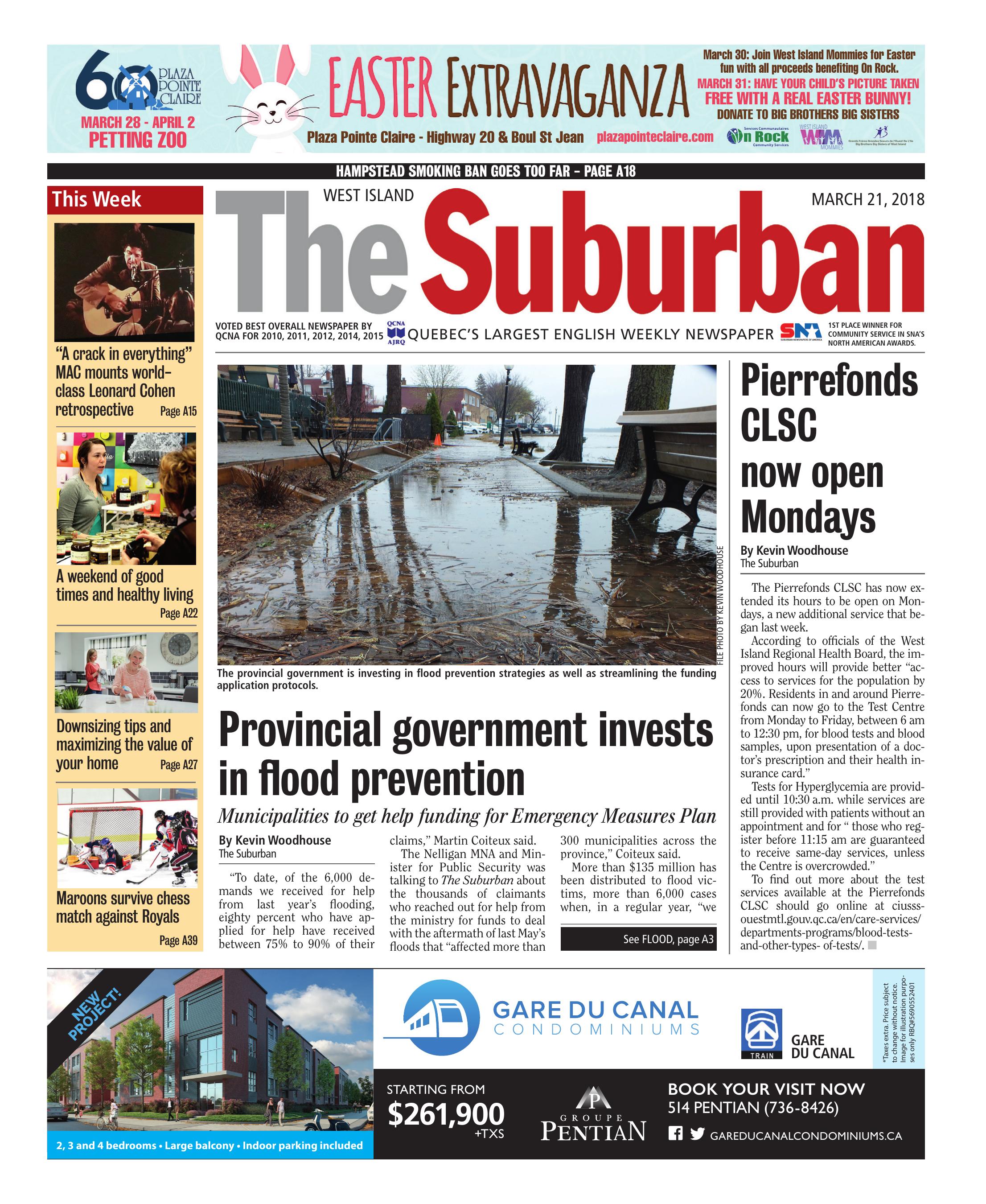