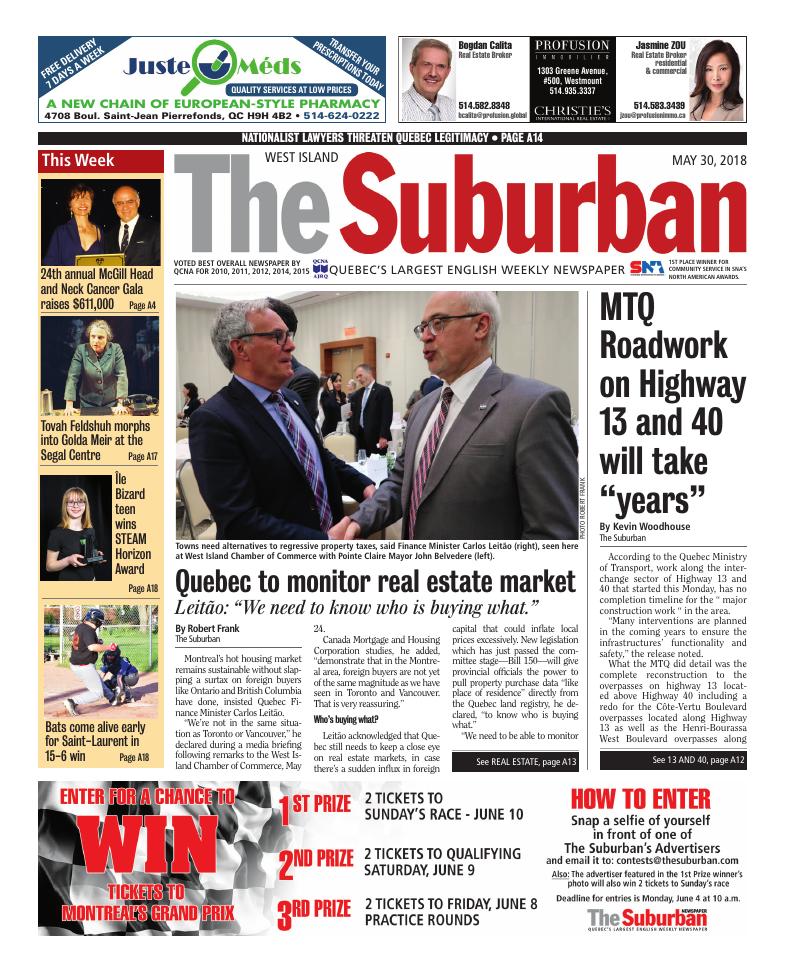 “We’re not in the same situation as Toronto or Vancouver,” he declared during a media briefing following remarks to the West Island Chamber of Commerce, May 24.

Canada Mortgage and Housing Corporation studies, he added, “demonstrate that in the Montreal area, foreign buyers are not yet of the same magnitude as we have seen in Toronto and Vancouver. That is very reassuring.”

Leitão acknowledged that Quebec still needs to keep a close eye on real estate markets, in case there’s a sudden influx in foreign capital that could inflate local prices excessively. New legislation which has just passed the committee stage—Bill 150—will give provincial officials the power to pull property purchase data “like place of residence” directly from the Quebec land registry, he declared, “to know who is buying what.”

“We need to be able to monitor the market on an ongoing basis,” Leitão said. “So far, we have no intention of applying any sort of tax. But since we will have that information in real time, if we feel the need to do something, then we can respond fairly rapidly.”

The Liberal government also intends to hand more money to the province’s municipalities, which get most of their revenue from regressive property taxes that often doesn’t reflect what many homeowners—particularly the elderly—are able to pay.

“That will be an important theme in the [upcoming] negotiations of a new [tax agreement] with Quebec’s cities, in 2019,” he hinted, but “I can’t go any farther than that. There will be some negotiating.”

Quebec Premier Philippe Couillard has already proposed turning over to cities and towns one percentage point of Quebec’s goods and services levy. Taxing sales is considered a sounder approach, since it targets spending—which tracks disposable income much more closely than inflation-prone property values which can push up property taxes and push out seniors from the homes where they’ve lived their lives.

Though Leitão wouldn’t commit to reducing income taxes in the interview, he didn’t rule it out either. “They’re not out of the question but neither are they automatic. If, in the future, we generate a surplus, about half will go toward reducing the tax burden,” he replied, “Revenue flows from economic activity. Not increasing income and other taxes will mean more people will work and earn a better salary which will help to fill our coffers.

Leitão acknowledged that “Quebec remains the highest-taxed jurisdiction in Canada” and said that he wants to redress that situation. However sidestepped Montreal’s recent tax grab from its demerged municipalities. “Those are municipal taxes,” he retorted. “That’s a different ball game.”

No relief from fuel surtax

He also reiterated his support for the 3¢ per litre gasoline surtax that Montrealers must pay.“It goes to fund public transit, so I think that’s a reasonable tax,” Leitão said.

He voiced confidence in Quebec’s economic prospects, now that the province is back in the black.“What we see on the horizon for 2018-2019 is for economic activity to remain quite strong,” Leitão enthused, despite the prospect of interest rate hikes on the horizon which would boost the amount that Quebec will have to pay to service the debt that it has accumulated under previous administrations. 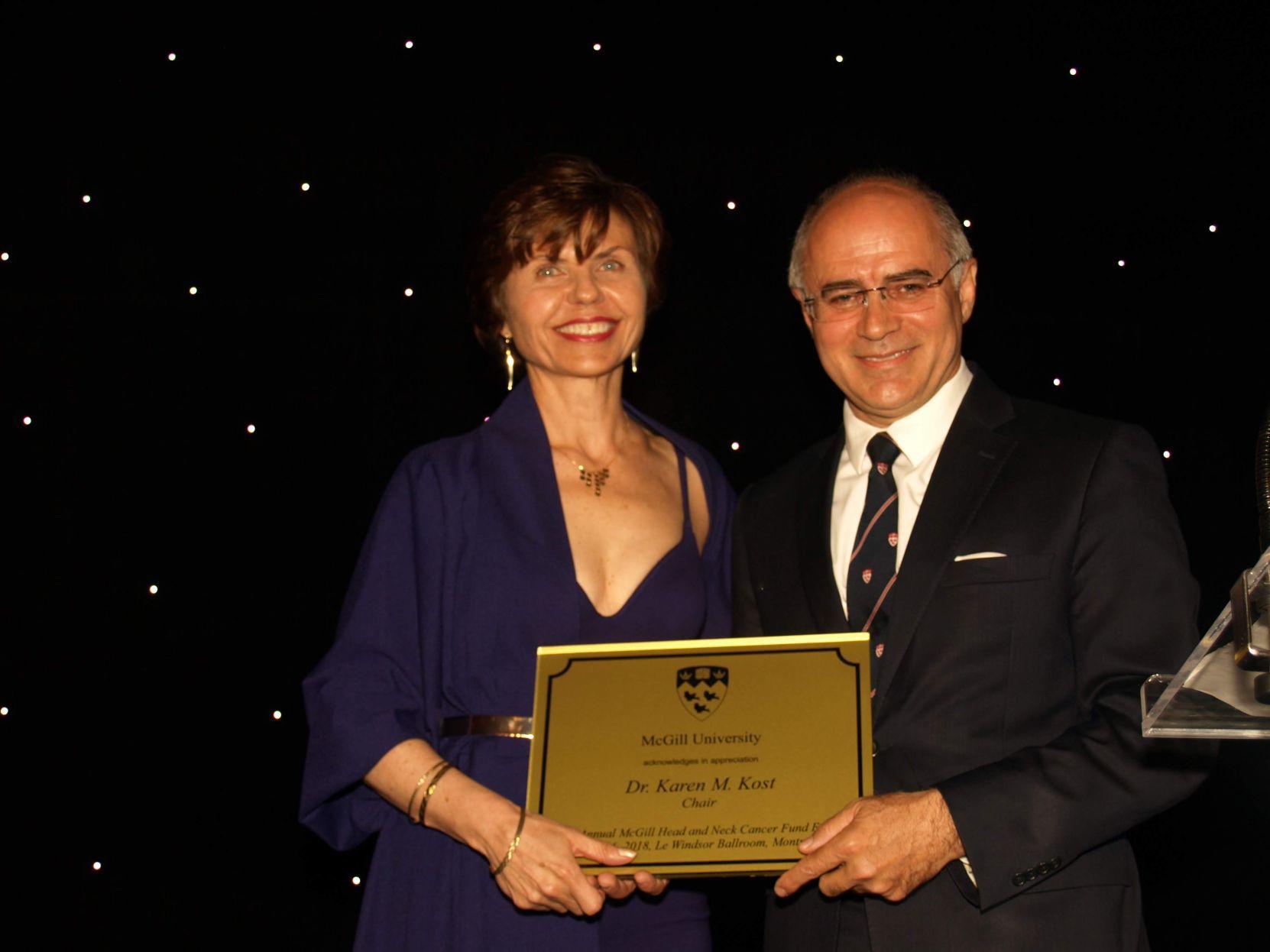 According to the Quebec Ministry of Transport, work along the interchange sector of Highway 13 and 40 that started this Monday, has no completion timeline for the “ major construction work “ in the area.

“Many interventions are planned in the coming years to ensure the infrastructures’ functionality and safety,” the release noted.

There is now one lane closed on the Highway 40 service road in the western direction adjacent to Highway 13. Both lanes along Highway 40 will be altered slightly and while there will be still three lanes in each direction, they will be reduced somewhat in size to 3.2 metres in length.

The MTQ noted that the work is weather dependant and drivers should expect reduced speed signage in the work areas. 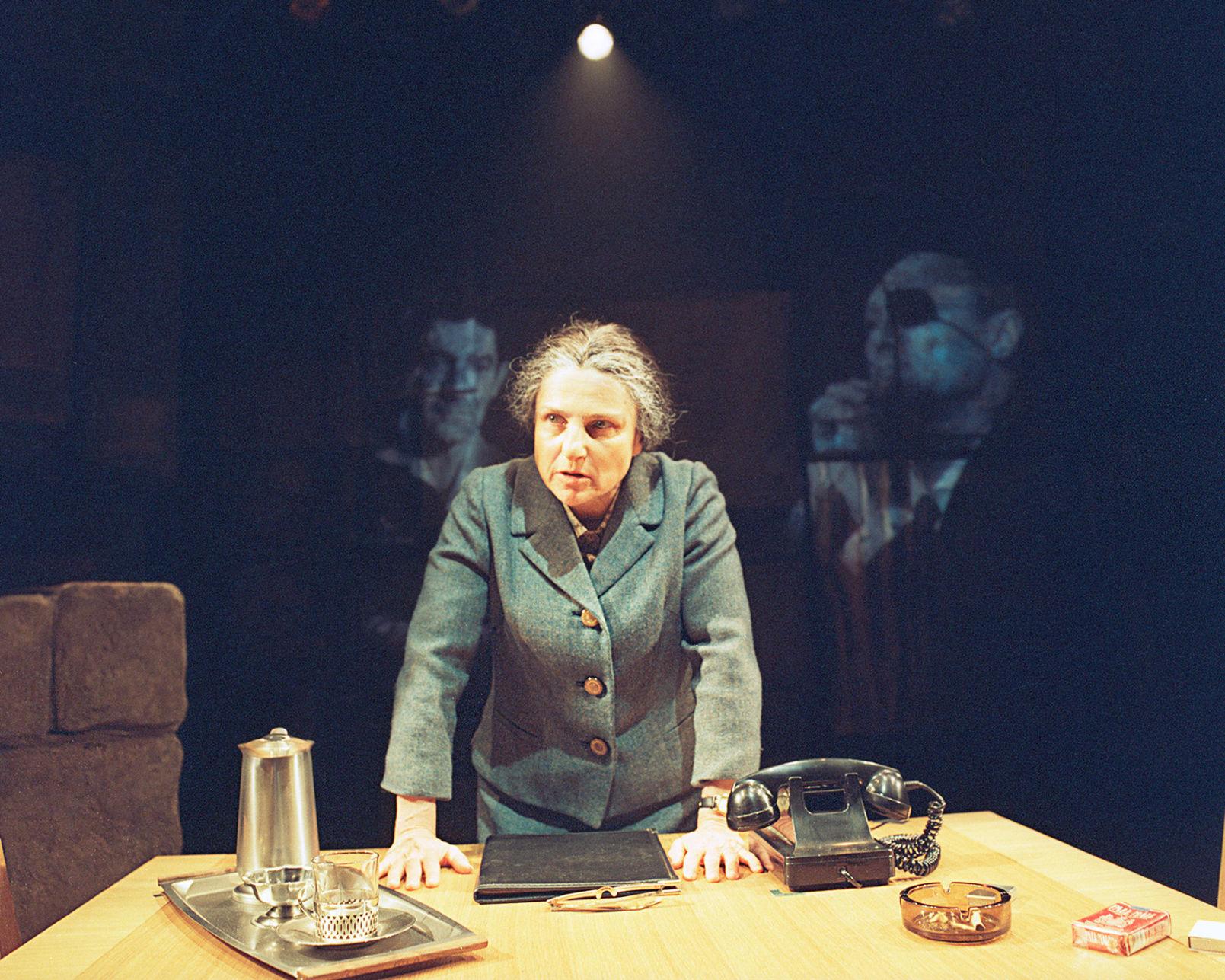 Tovah Feldshuh originated the role of Golda Meir in 2002 and has been performing this play about Israel’s former prime minister since then in the U.S. and Canada. 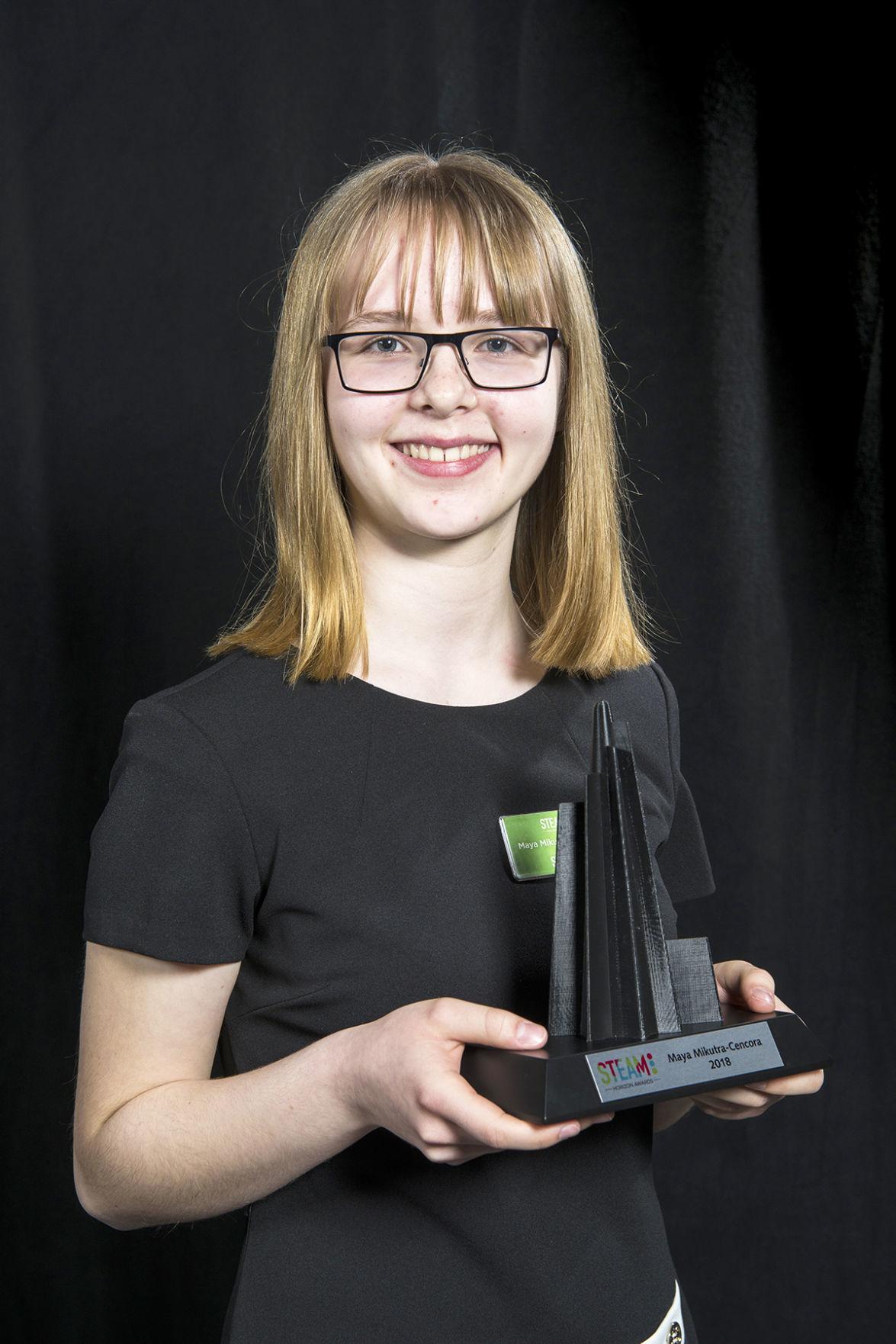 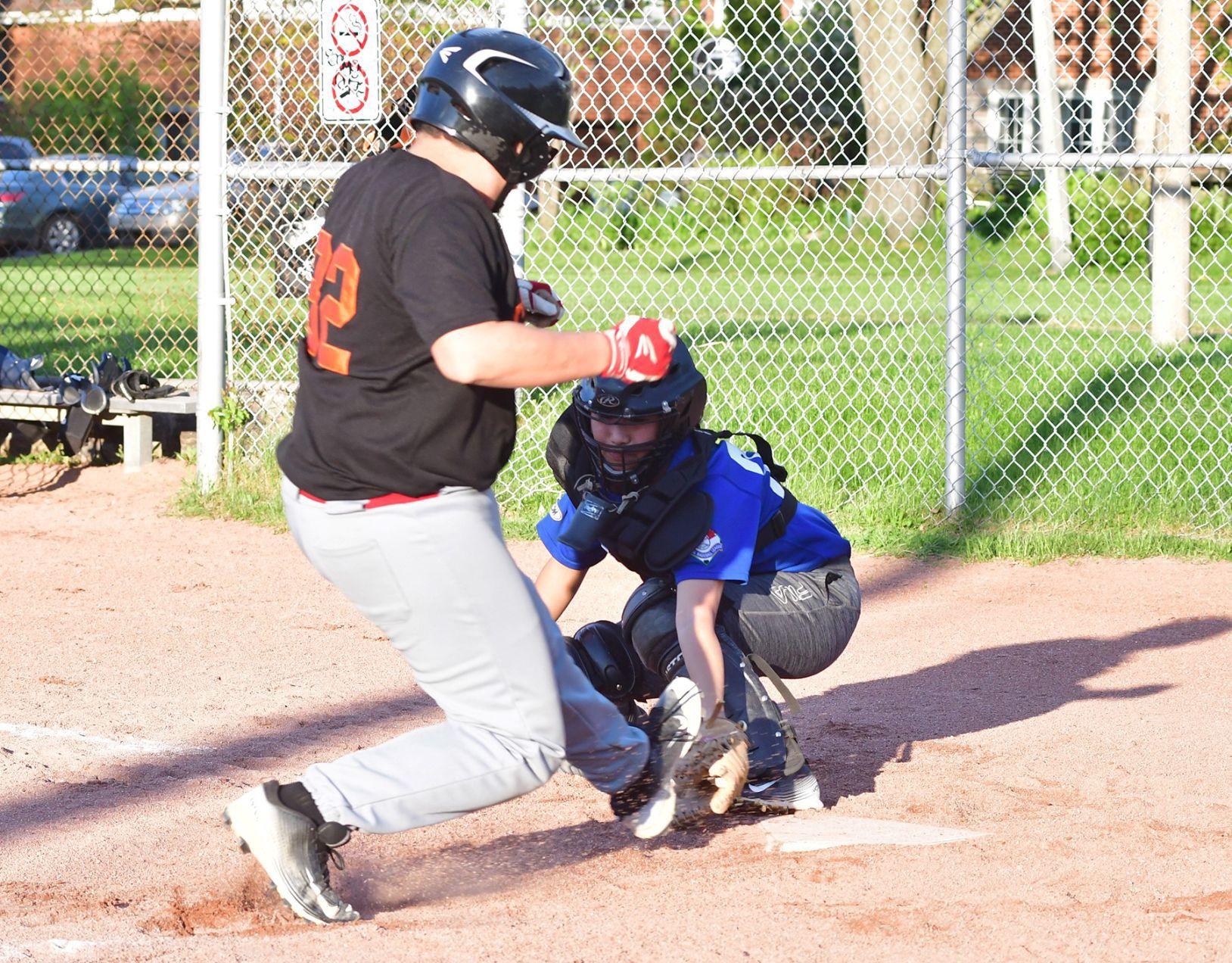 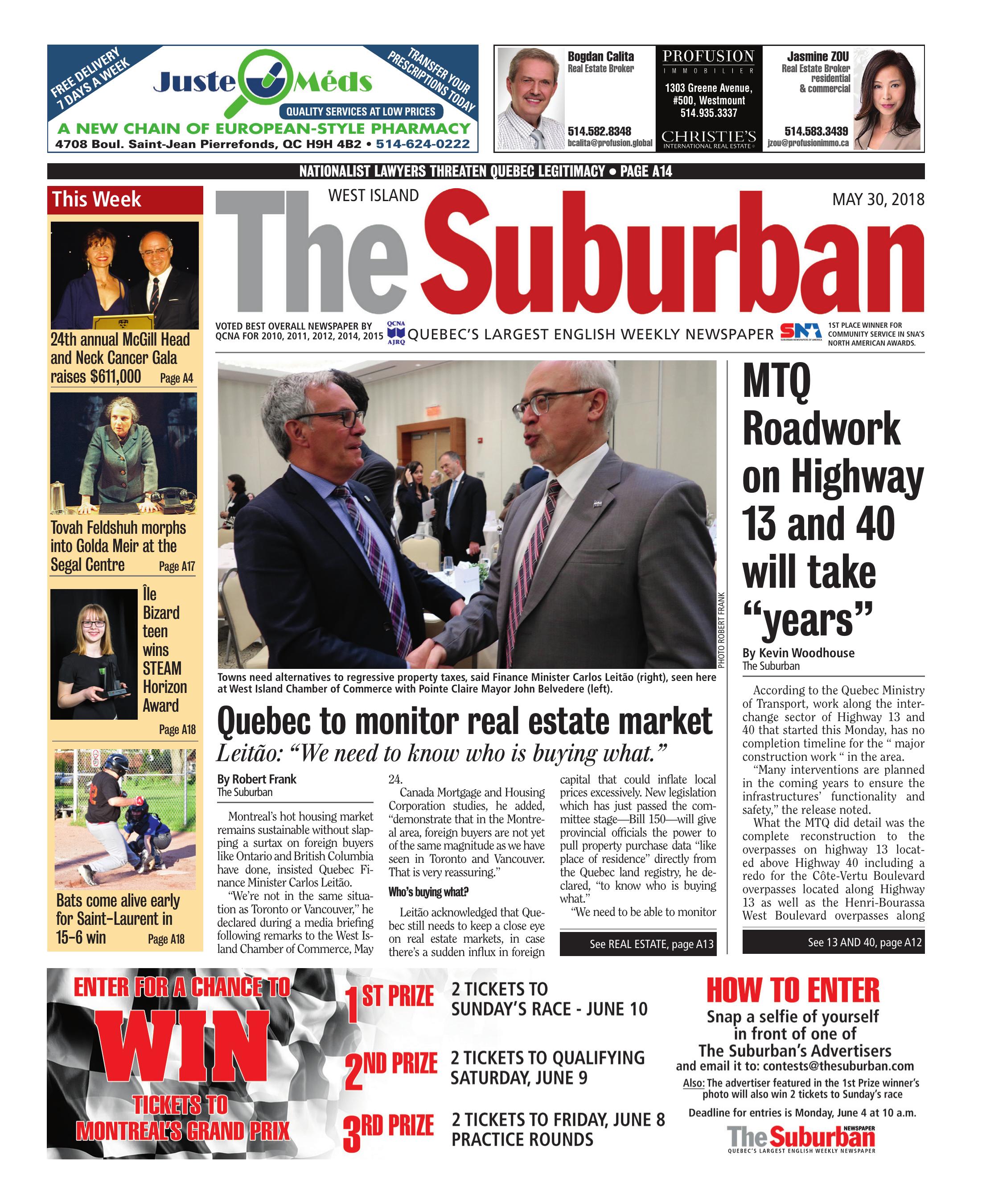