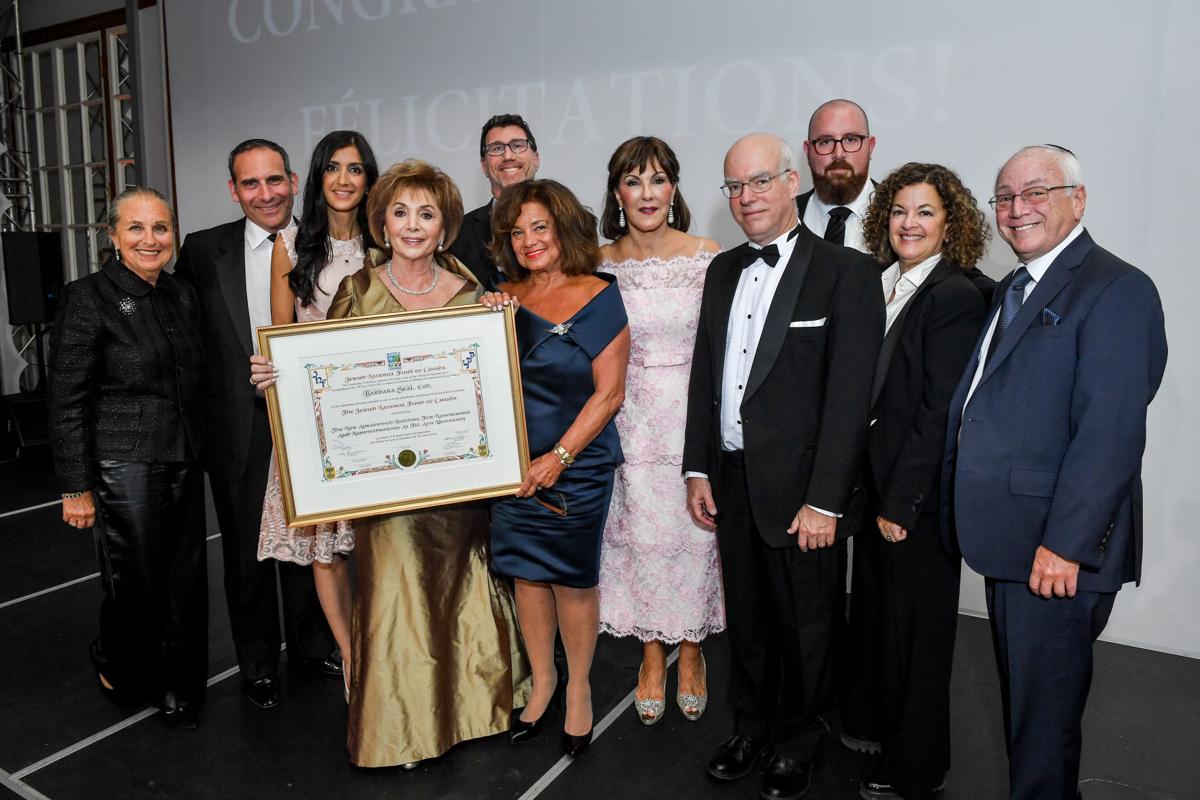 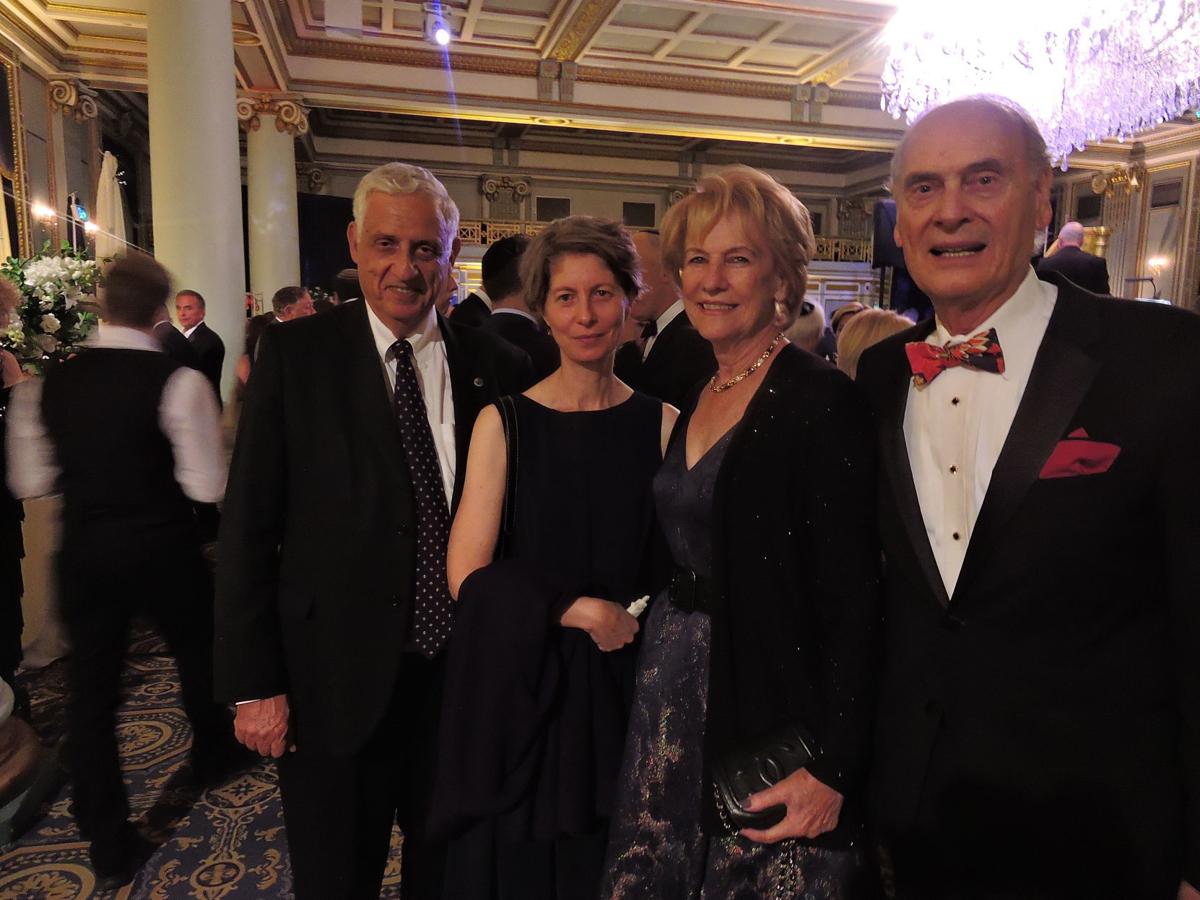 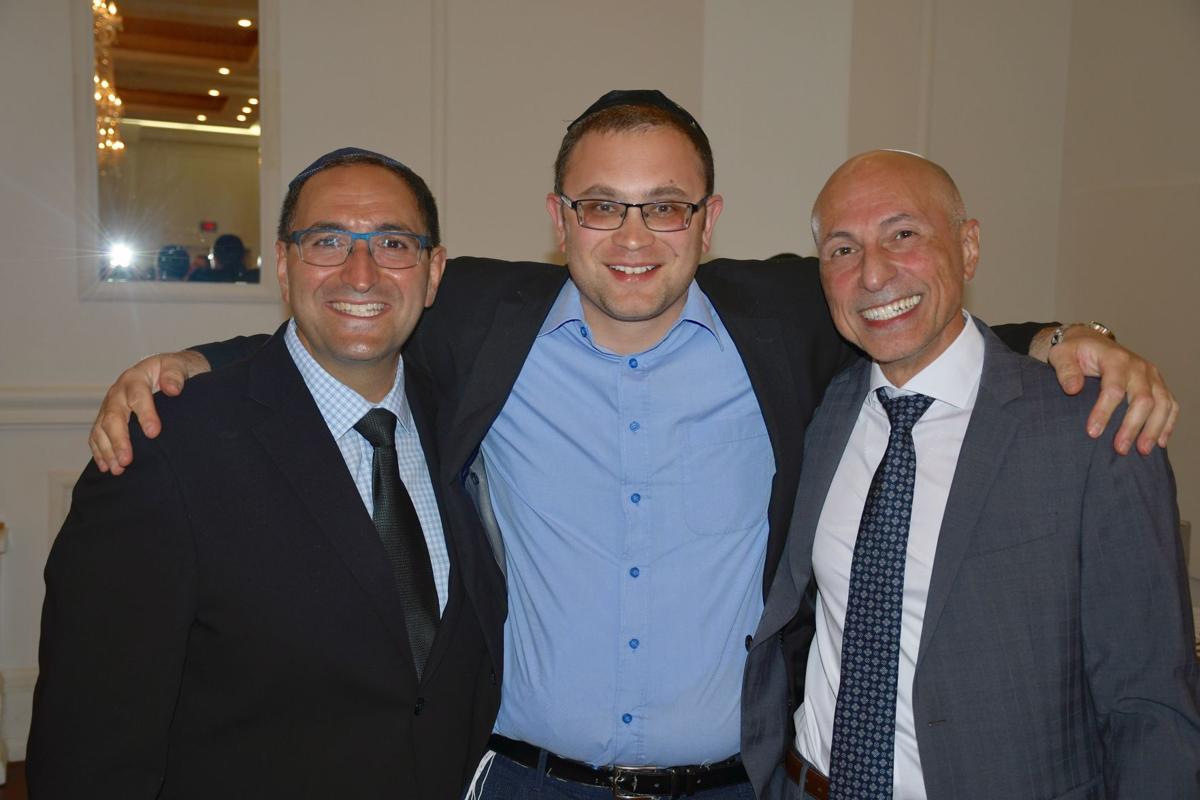 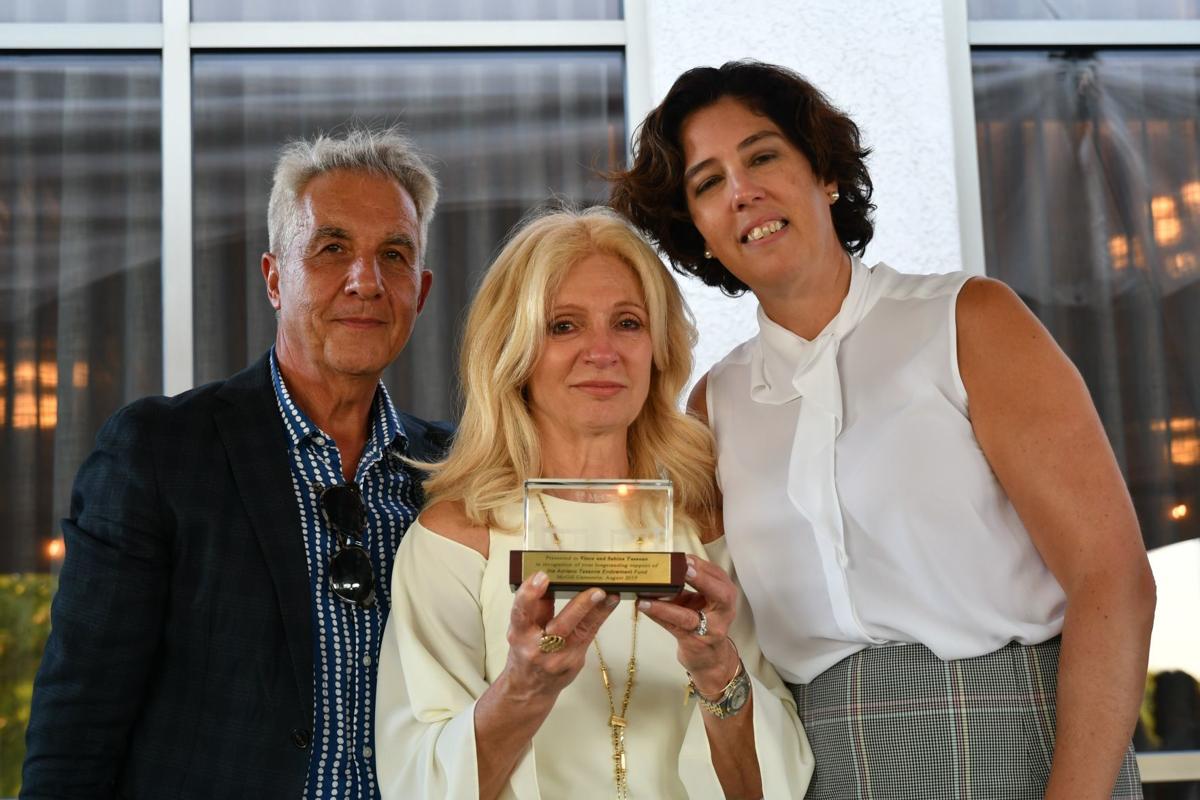 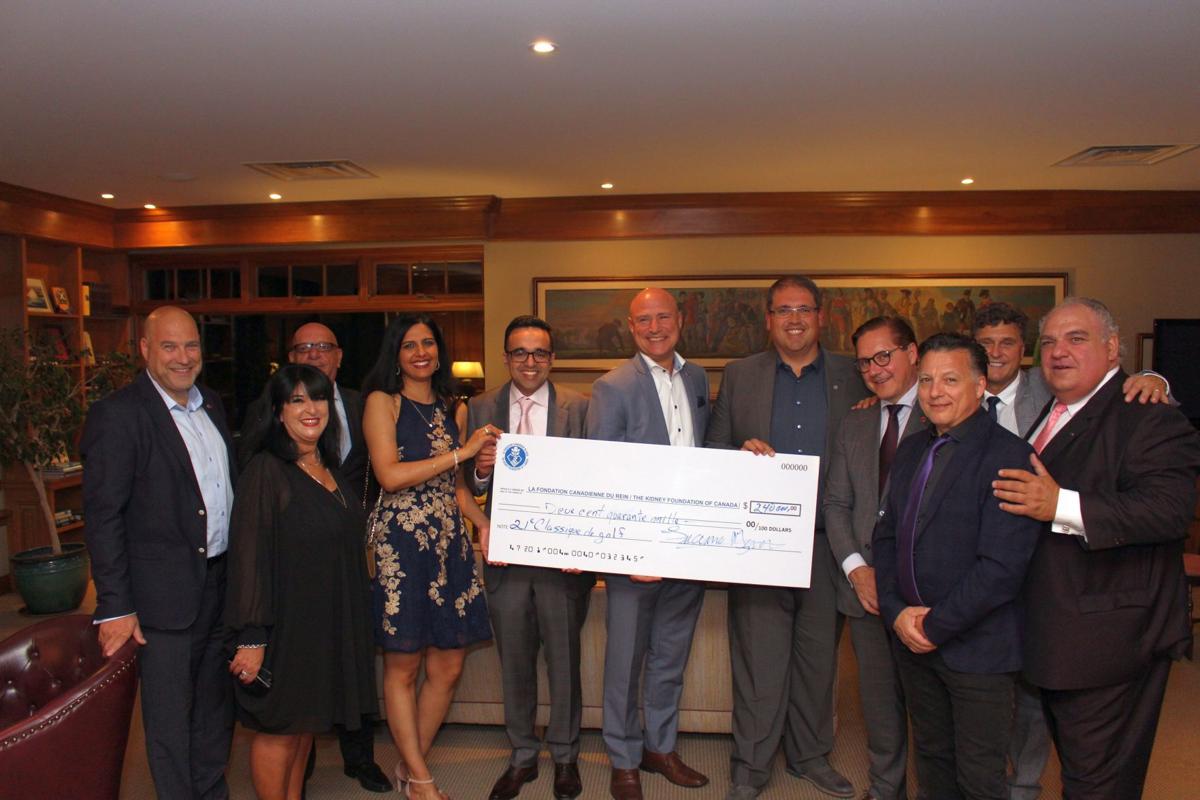 Organizers showcase the cheque destined to the Kidney Foundation of Canada. 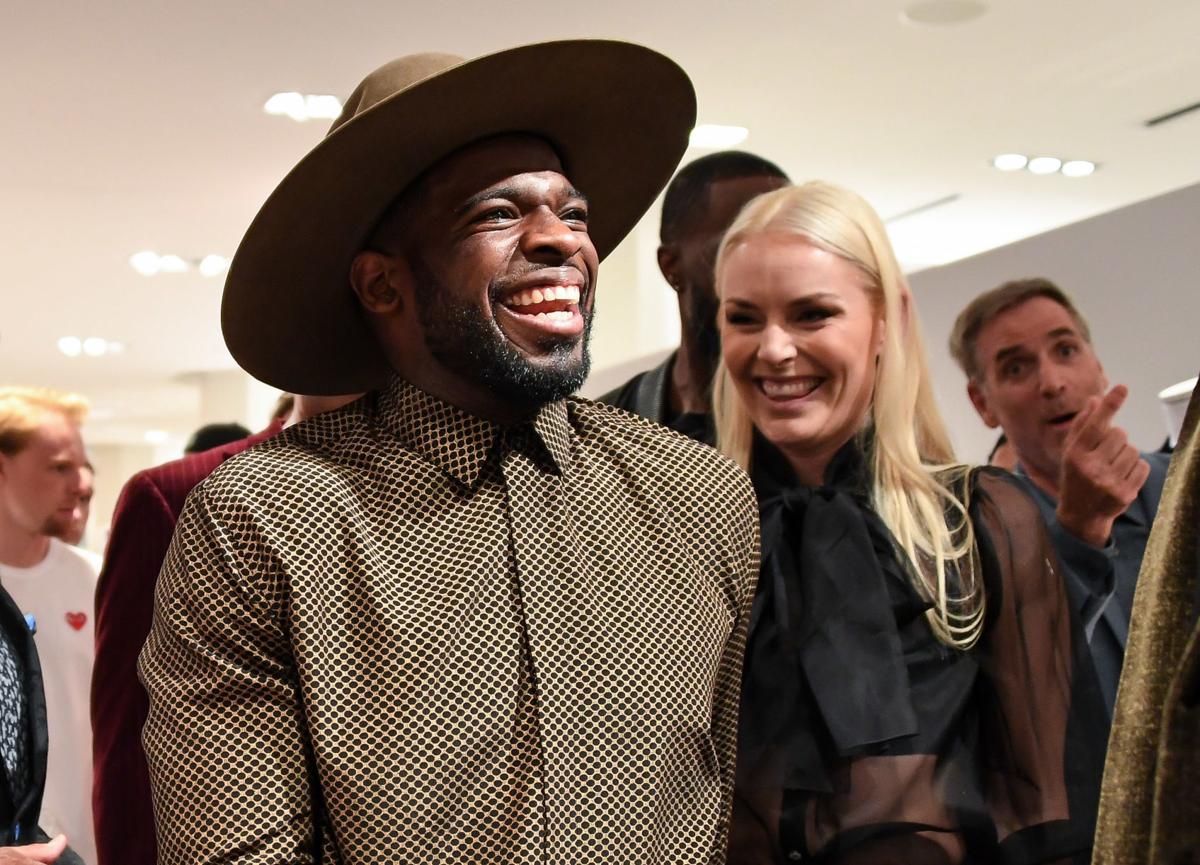 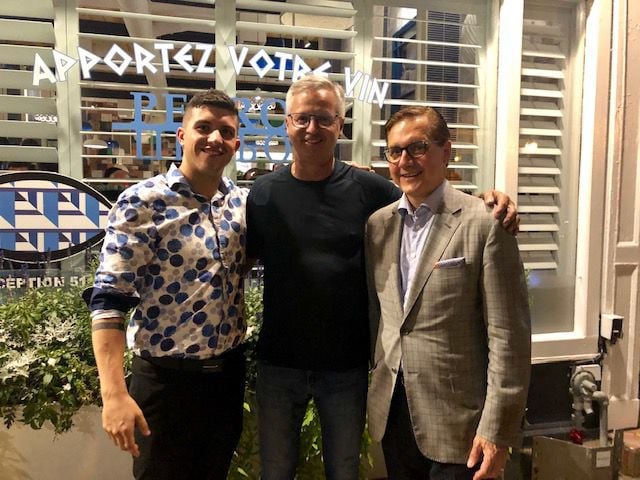 I made it a point to be at Le Windsor last Thursday night as the Jewish National Fund, Israelâ€™s premier social infrastructure organization, paid tribute to the exceptional Barbara Seal at its 65th Sapphire Jubilee celebration. She accepted the honour because she hopes to seed future medical breakthroughs by galvanizing support for the construction of the Abramovich Building for Nanoscience and Nanotechnology at Tel Aviv University. From this dinner, the JNF Canada Floor will be established. At just over 1,000 square meters in size, it will be home to seven laboratories and seven offices, including the â€œLaboratory for Personalized Nanomedicine.â€‌

The evening, attended by 380 people, featured perhaps the neatest videos I have ever seen at a fundraiser starring volunteers and dignitaries. Former Montreal Mayor Denis Coderre (who was called to a board meeting in Europe, but spoke via video) and Monette Makewski were honourary chairs; Etty Bienstock and Emmelle Segal served as Gala chairs; and Heleena Wiltzer, dinner chair. JNF Montreal Chair Michael Goodman was the emcee. Performers from the Segal Centre provided the entertainment. Seal is an absolute dynamo, whose list of past honours and organizational associations is endless.

TASSONE MEMORIAL GOLF TOURNEY: Sabina and Vincent Tassone celebrated their decade-long project of paying tribute to their late son, Adriano, by successfully exceeding the $1 million mark for McGill Universityâ€™s Faculty of Education via the Adriano Tassone Memorial Golf Tournament. Throughout the years, these funds have been used to benefit the Kinesiology and Physical Education Department and create the Tassone Teaching Laboratory, fully equipped with modern fitness and relevant monitoring equipment.

KIDNEY GOLF CLASSIC: The 21st edition of The Kidney Golf Classic, held on September 16, was a remarkable success. A total of 228 golfers in the business and the medical communities participated. The event took place at the Royal Montreal Golf Club and raised $240,000 to support the fight against kidney disease.

PK WEEK FOR THE CHILDRENâ€™S: The energy level in Montreal skyrocketed last month during PK Subbanâ€™s return to Montreal! He hosted a week of events to fundraise for the Montreal Childrenâ€™s Hospital, each one more exciting than the next! Over $500,000 was raised as the participants shopped, skated and cycled for sick children and their families.