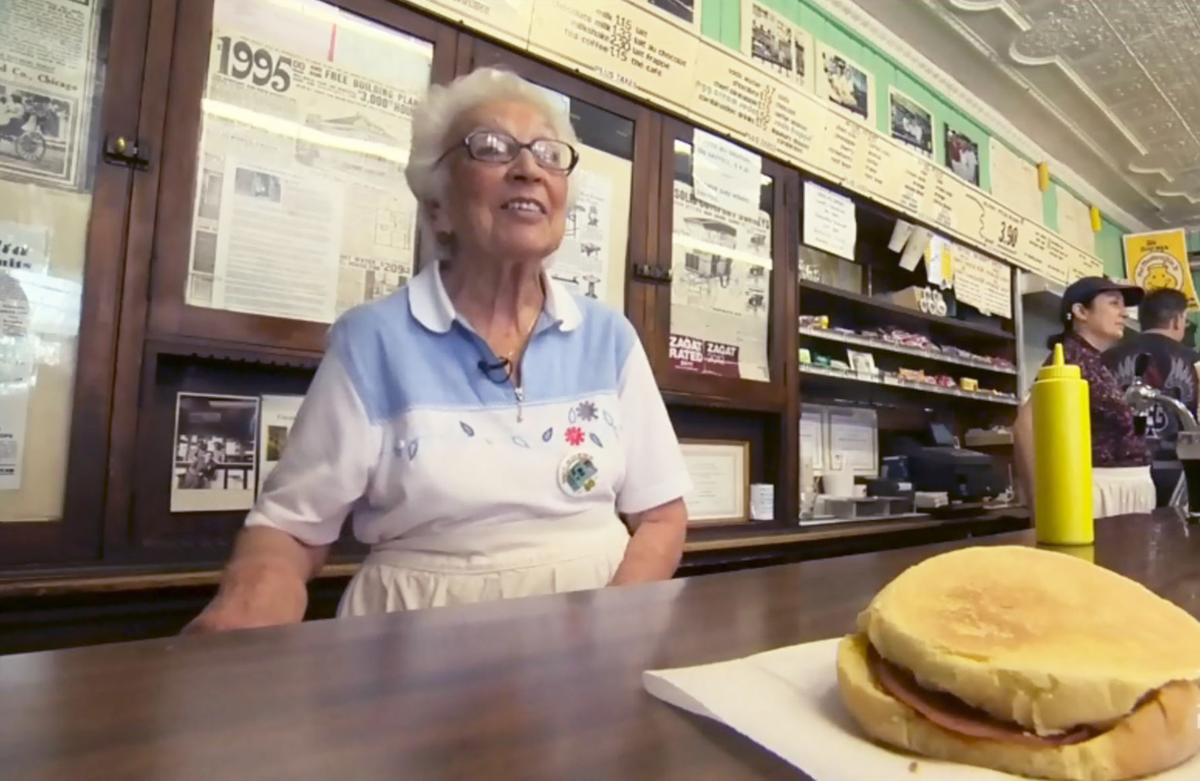 Until she was 95, Ruth Wilensky stood behind the counter of the light lunch restaurant preparing and serving Wilensky’s Specials that were conceived by her late husband, Moe. 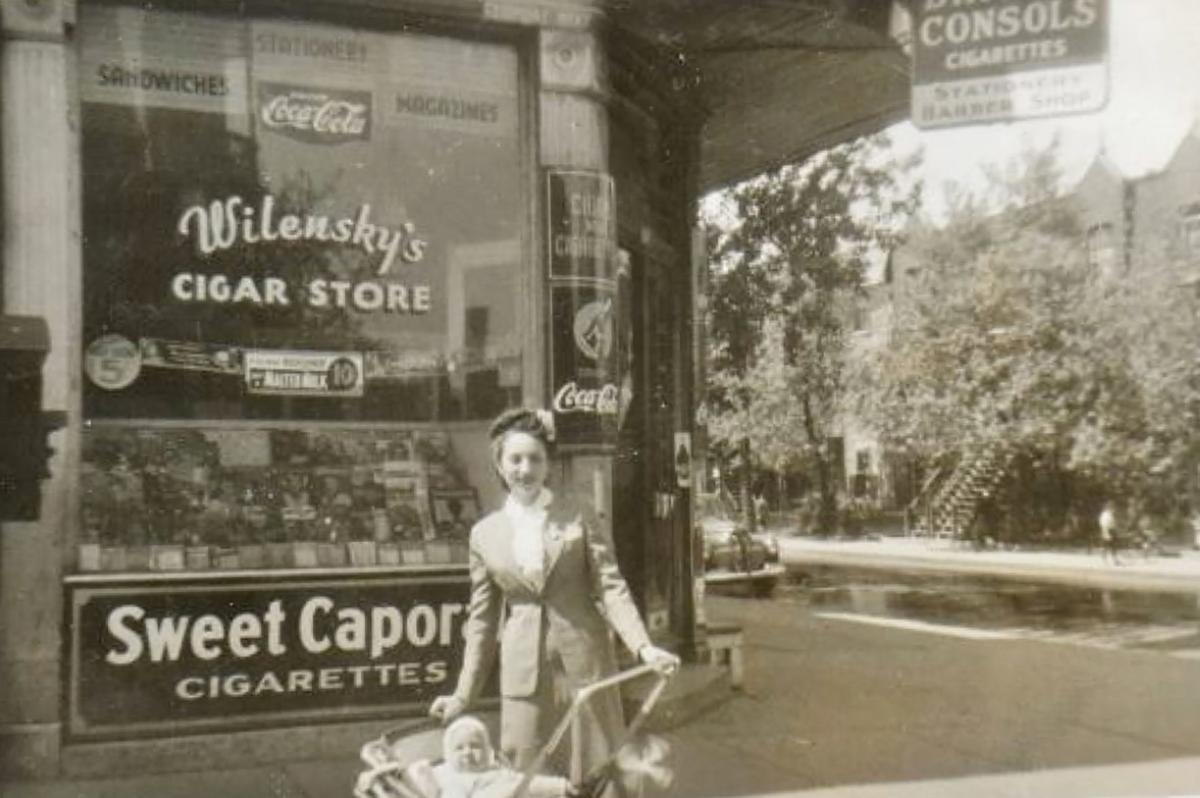 Ruth Wilensky with her first-born son, Saul, in 1944 in front of Wilensky's on the corner of Saint-Urbain St. and Fairmount Ave., before it moved to its current location in 1952.

Until she was 95, Ruth Wilensky stood behind the counter of the light lunch restaurant preparing and serving Wilensky’s Specials that were conceived by her late husband, Moe.

Ruth Wilensky with her first-born son, Saul, in 1944 in front of Wilensky's on the corner of Saint-Urbain St. and Fairmount Ave., before it moved to its current location in 1952.

Ruth Wilensky passed away last week at the age of 99. Until she was 95, Ruth stood behind the counter of the light lunch restaurant preparing and serving Wilensky’s Specials, the salami and baloney concoction grilled on a kaiser roll that was conceived by her late husband, Moe. Ruth was as crusty and warm as those Kaiser rolls.

Opened in 1932, Wilensky’s was immortalized in Mordecai Richler’s novel, The Apprenticeship of Duddy Kravitz. Scenes in the film version of the book were shot in the restaurant.

Wilensky’s was originally on Fairmount Ave., corner St. Urbain Street. At that time Moe shared the premises with his father, Harry, who ran a barber shop and his brother, Archie, who sold second-hand magazines and comic books. There was also a pinball machine, visible in one corner of the store.

In 1952, the store moved to its present location at 34 Fairmount Ave., corner Clark Street. Not long after that, Harry retired and Archie opened a book store on Decarie Blvd.

At the age of eight, in 1938, it was for comic books that I first ventured into Wilensky’s. I lived near the area and attended classes at Fairmount Public School. I was an avid reader of comic books. Among my favourites were Action Comics, featuring Superman and Detective Comics, featuring Batman. Those comics then sold for 10 cents each and if only I had preserved them, imagine what they would be fetching now. Instead, after reading them, I would bring them to Archie and would trade them for others, paying a two-cent fee for each trade.

It was in 1946, when I was going to Baron Byng High School and belonged to a boy’s club at the YMHA on Mount Royal Avenue near Park Avenue that I began noshing on the Wilensky Specials. Mordecai Richler was a grade below me at Baron Byng and a member of our YMHA boy’s club. It was after our weekly club meetings that we would gather there passing the time waiting our turn to play the pinball machine. The Special cost 12 cents then and I remember the uproar when Moe raised the price shortly after to 14 cents. Today’s price is $4.09.

Up until the early 1990s, I always managed to find time, sometimes weekly, sometimes monthly to drop by for a Special, usually adding a hot dog served open-face on the top of an onion roll. Washing it all down with a cherry-coke.

In the middle of last December, on a snowy day, I was driving up “The Main” around high noon when I suddenly got the urge, after about 20 years had gone by, to once more go nosh on a Special, even though doctors have told me to limit my intake of processed meat. I circled around a few times until I found a nearby parking spot. Not easy, as cars and trucks were double parked with customers rushing in for take-outs.

As I walked through the store’s entrance, I felt I had travelled back in time. The rickety counter stools that had never been changed were all occupied. People were still mulling around either eating standing up or leaning against a wall. The soda fountain remained unchanged, containing home-made drinks with the same familiar flavours — cola, cherry, vanilla, pineapple, root beer, cream soda, lime, orange and chocolate.

The old rules remained. With the soda drinks you can combine two flavours. The Special always comes with mustard and will never be cut in two. There’s no tipping, but if you leave some change it will be donated to a charity.

Still involved in the operation are son Asher, daughter Sharon, and long-time employees Paul Scheffer and Scott Druzin, who will see that Montreal’s legendary Wilensky’s Light Lunch will live on.

I would like to believe that there is a heaven and if so when Ruth arrives, Moe will shout out, “I’m glad you’re here. Now grab an apron and help me serve all those Wilensky Specials to all your friends that are here to welcome you.”