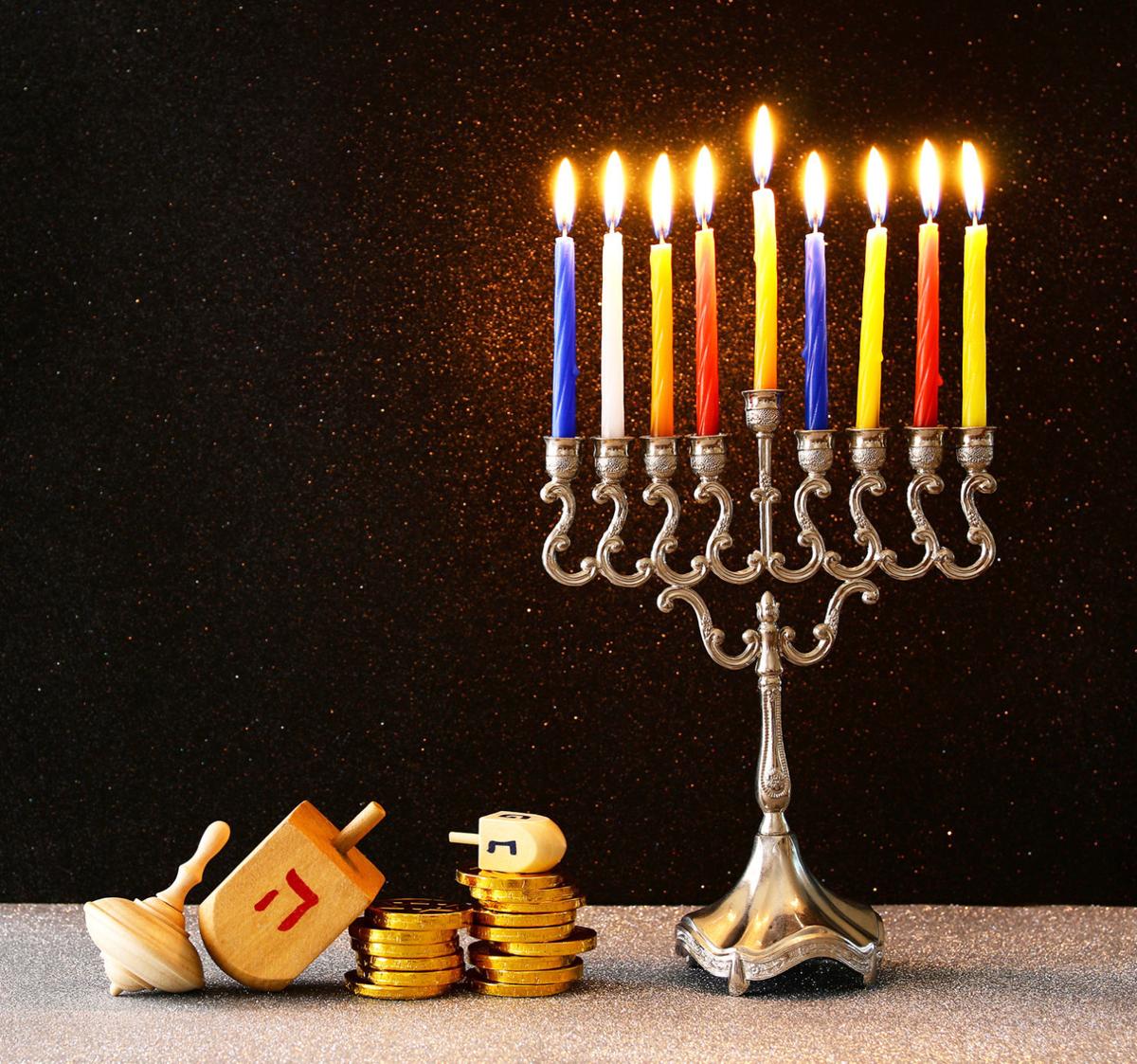 Although Chanukah doesn’t even make the top-five list of Jewish holidays — Rosh Hashanah, Yom Kippur, Passover, Shavuot and Sukkoth — it happens to be my favourite, writes Bernard Mendelman. 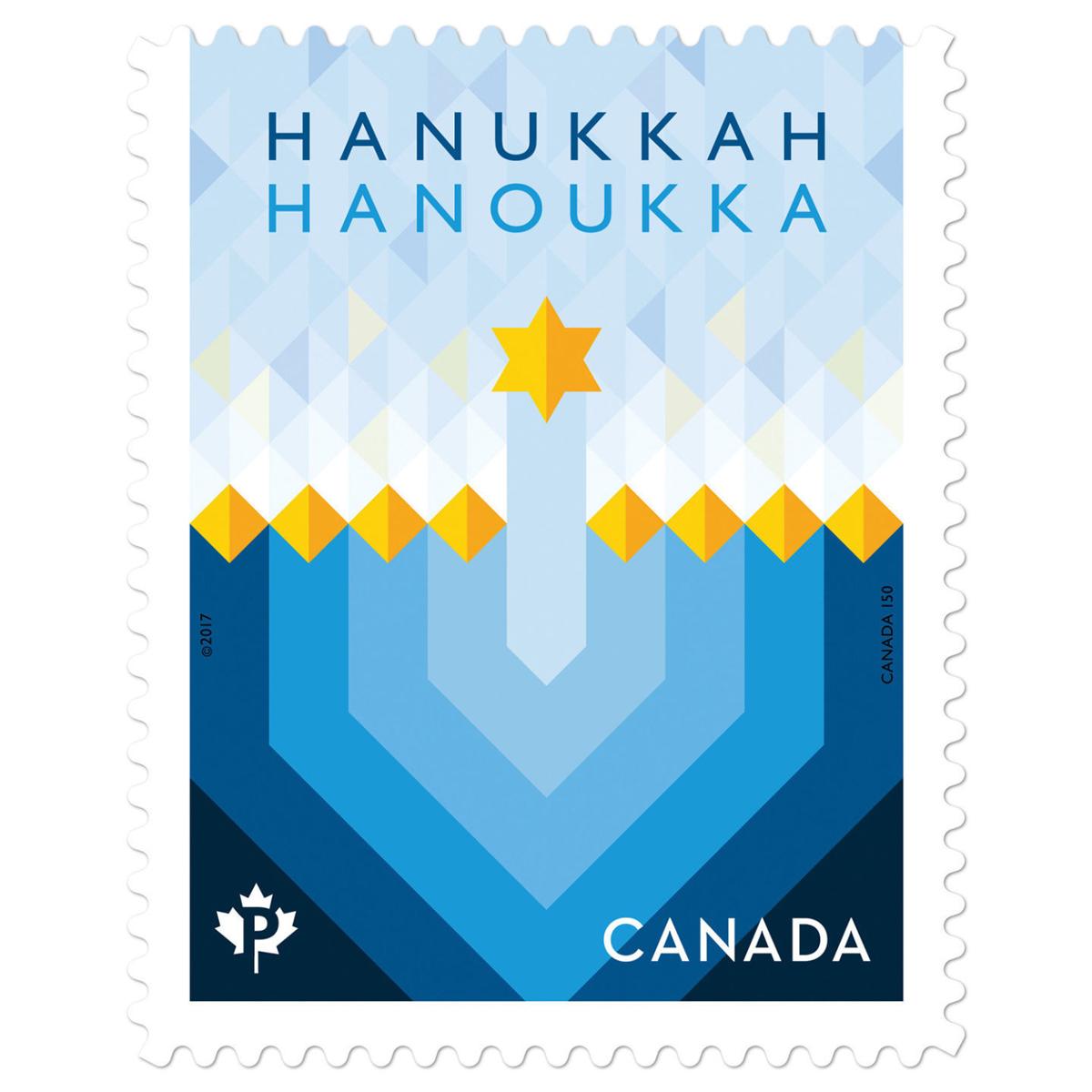 Canada Post recently created a stamp recognizing Chanukah. It depicts a menorah in different shades of blue, with a shamash candle at its centre.

Although Chanukah doesn’t even make the top-five list of Jewish holidays — Rosh Hashanah, Yom Kippur, Passover, Shavuot and Sukkoth — it happens to be my favourite, writes Bernard Mendelman.

Canada Post recently created a stamp recognizing Chanukah. It depicts a menorah in different shades of blue, with a shamash candle at its centre.

Tuesday, at sundown, I began celebrating the eight-day festival of Chanukah. Most of my non-Jewish friends who wish me a happy Chanukah are confused by the word because of the many ways it’s spelled – Chanuka, Chanukka, Channukah, Hanukah, Hannuka and Hannukka. It’s also difficult to pronounce correctly. To do so you must begin with the “ha–ha” sound made when bringing up phlegm.

The holiday commemorates the battle that the Maccabees won over religious persecutions by the Greco-Syrians. Unwilling to give up their faith they fought and ended up victorious. Chanukah is about preserving a religion and culture from those who sought to change it. It’s not our most important of Jewish holidays. It doesn’t even make the top-five list of Rosh Hashanah, Yom Kippur, Passover, Shavuot and Sukkoth. Yet, it happens to be my favourite Jewish holiday.

To commemorate the miracle of the oil that was supposed to kindle the temple light for one day but burned for eight days, we light candles in a menorah (a nine-branched candelabra). The process begins using the shamash (the “attendant” candle) to light one candle the first night and an extra one each of the following nights until the menorah gets filled.

Menorahs come in all colours, sizes and shapes. One of the world’s largest is in New York at Grand Army Plaza, south of Central Park. That menorah is 32 feet tall and weighs about 4,000 pounds. When film star Marilyn Monroe converted to Judaism before marrying Jewish playwright Arthur Miller, her future mother-in-law gave her a menorah as a conversion gift. The menorah that Mrs. Miller brought back from Jerusalem has a wind-up music box in its base that plays Hatikvah, Israel’s national anthem. Monroe prized the gift and referred to it as the Marilyn Monrorah.

The miracle of the oil burning for eight days is also represented in the food we eat. Latkes are a must for Chanukah. Who can resist these crispy pancakes made with grated potatoes, onions and oil? When I was a child, I would watch my mother peel potatoes on a reebaizen (a grater). I could never resist the wonderful aroma while they were being prepared and as soon as they were ready I would reach for a sizzling hot one, right out of the frying pan. Every family has recipes passed down from their bubbas that came to Canada from Europe. Half a dozen latkes smothered with sour cream will suffice for lunch, but dinner is where I go whole hog (pardon the non-kosher expression) noshing on latkes topped with applesauce, served with roast brisket or boiled flanken.

When middle eastern Jews started to immigrate to Montreal, they brought along their own favourite Chanukah treat — sufganiyot (delicious deep-fried jelly dough balls sprinkled with powdered sugar), that do as good a job of competing with the fried latkes for clogging up my arteries.

During the holiday, each evening after dinner, parents give their children Chanukah gelt. Either in the form of real money (usually a loonie or toonie) or in foil wrapped chocolate coins that can then be used to play with a dreidel, a spinning top, with one of four Hebrew letters — nun, gimmel, hay or shin — inscribed on each of the sides. They represent the first letters of the words “Nes gadol hayah sham,” which means “A great miracle happened there.” You place bets on which letter the dreidel will land. Maybe, during Chanukah, casinos should add a dreidel table among their gambling games.

I would like to extend a hearty mazel tov to Canada Post for on November 20 creating a stamp recognizing Chanukah. The stamp depicts a menorah in different shades of blue, with a shamash candle at its centre. The golden Star of David at the top of the shamash represents the lit flame. The stamp’s geometric design with a stark contrast between light and dark creates the appearance of flickering flames. It comes in a booklet of 10 for $8.50.