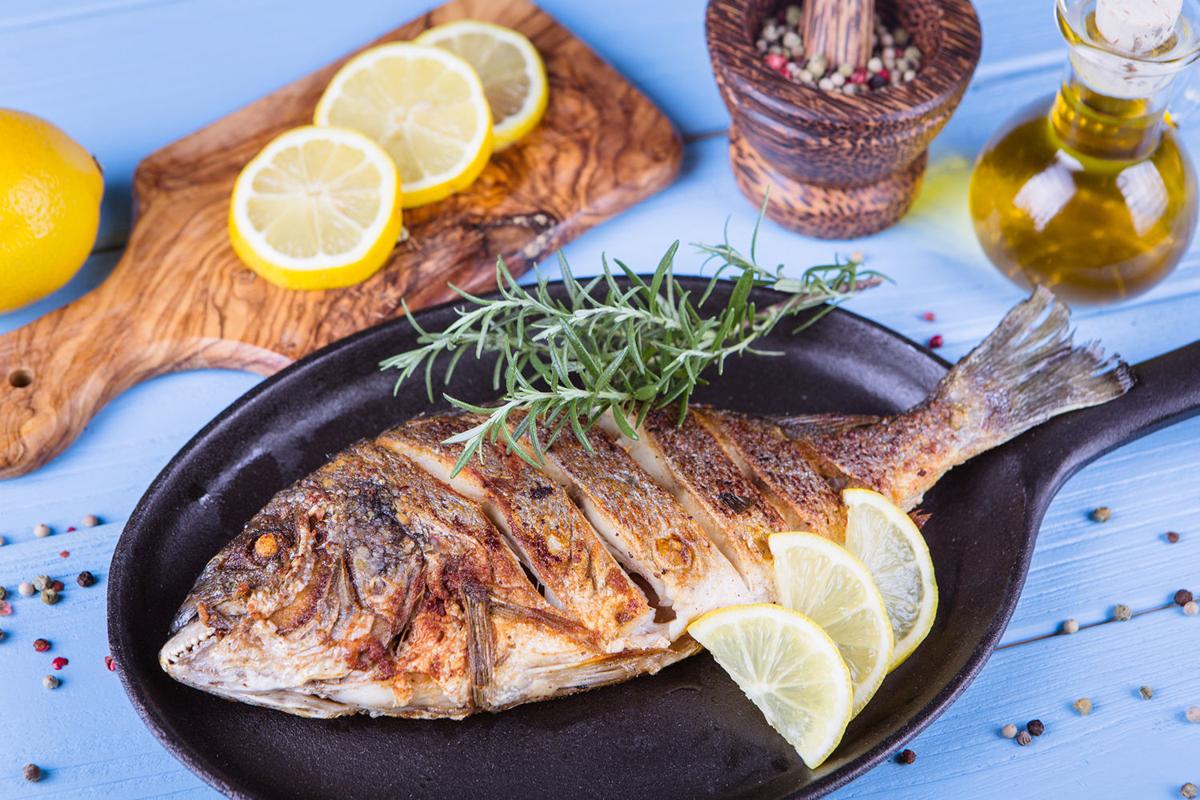 The medical mavens have told me to substitute fish for meat because it’s the healthier choice. So, I have become a “meat reducer”, actively trying to eat less of it. 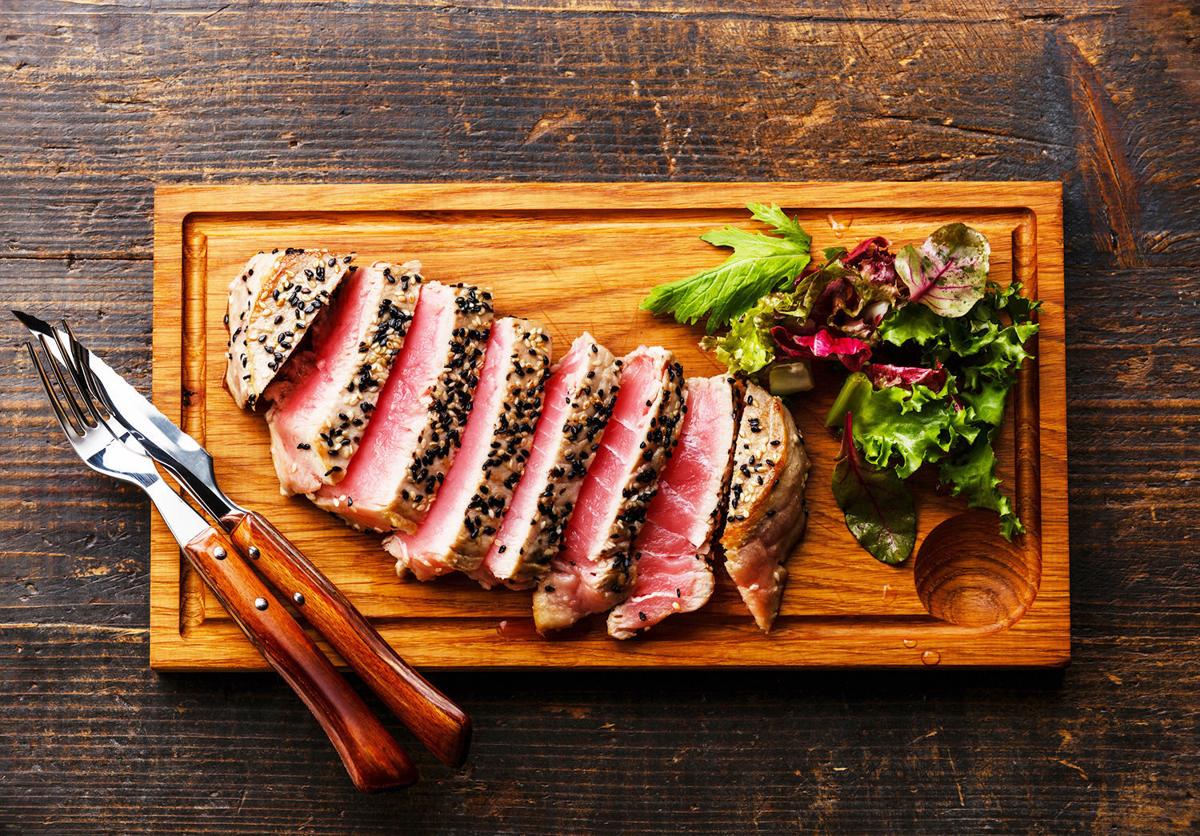 When I tried seared tuna rolled in crushed black pepper, then cut in slices, each bite I took was as soft and tender and red as a piece of rare steak.

The medical mavens have told me to substitute fish for meat because it’s the healthier choice. So, I have become a “meat reducer”, actively trying to eat less of it.

When I tried seared tuna rolled in crushed black pepper, then cut in slices, each bite I took was as soft and tender and red as a piece of rare steak.

There was a time when dining out at restaurant for me meant eating lots of red meat. A medium rare rib steak with a baked potato or a slab of rare roast beef and Yorkshire pudding was what made my mouth water. But that was long ago. On special occasions I would indulge and eat at Moishes or Gibbys, but most of the time it would be at casual affordable places, alas now all gone, like the Fireside, or Curly Joe’s. For roast beef there was a gem of a small, reasonably priced restaurant hidden away in the corridor of the Mount Royal Hotel that served a delicious roast beef meal with all the trimmings.

I don’t eat much red meat anymore, except for an occasional burger at Burger de Ville, a smoked meat sandwich at Snowdon Deli or a hotdog at Costco. The medical mavens have told me to substitute fish for meat. Apparently, it’s the healthier choice. So, I have become a “meat reducer”, actively trying to eat less of it.

Lately, when dining at a steak house, I noticed that there were as many folks eating fish dishes as steak dishes. But simply eating more fish will not make you healthier if you decide to pile your plate with Caesar salad and French fries or a baked potato loaded with butter and sour cream. This will be doing yourself more harm than good.

Seafood contains high-quality protein with many of the minerals and vitamins that meat has, plus you get the benefit of protective omega-3 fats. Studies show that some shrimp or a salmon filet on the grill, some chopped sardines mixed into pasta and some tuna on your salad is all beneficial to one’s health.

Salmon filets used to be my favourite fish until I discovered that tuna does not always come in a can. When I tried seared tuna rolled in crushed black pepper, then cut in slices, each bite I took was as soft and tender and red as a piece of rare steak. It was so yummy. Baked catfish may not be the prettiest fish to look at, but they have a lot going for them. They’re low in mercury, eco-friendly, and are nutritious. Portuguese-style grilled sardines are a treat because they’re garlicky and oily and have plenty of omega-3s and not much mercury. You may have to take a course on how to remove the bones, but its well worth the effort. Trout, arctic char, and halibut are other fish that I find satisfying.

I’m not a fan of sushi, even though it’s the dernier cri. Eating raw fish? It may be a bubbe maisse (a grandmother’s tale) but when I was a kid my bubbe told me, “You eat raw fish, you can get worms in your stomach.” I avoid shrimp cocktails because of the sauce. The shrimps are usually steamed or boiled, which is pretty healthy. They’re high in protein, and low in fat and mercury. However, the sauce, especially the classic bottled tomato-based type, contains lots of sugar, and that’s not good for me.

Let’s not overlook fish and chips. Freshly cooked, piping hot, smothered in salt and sprinkled with vinegar they’re a foodie’s delight. Too bad everything in this dish is deep-fried, plus the tartar sauce and ketchup often served with it adds even more fat, sugar, and calories. So, I don’t indulge in it often, but fish and chips can be part of a healthy diet, if eaten in moderation. Leave over half the chips or share a portion and add a green salad to make it more balanced. Also, forsake the salt.

This summer, a friend visiting from Boston spent a few days in the Eastern Townships. While he was there he had lunch at a monastery and told me he had the best fish and chips he ever ate. When he finished the meal, he asked to see the chef to compliment him. A priest came out of the kitchen and my friend said to him, “Are you the fish Friar?” “No,” he replied, “I’m the chip Monk!”