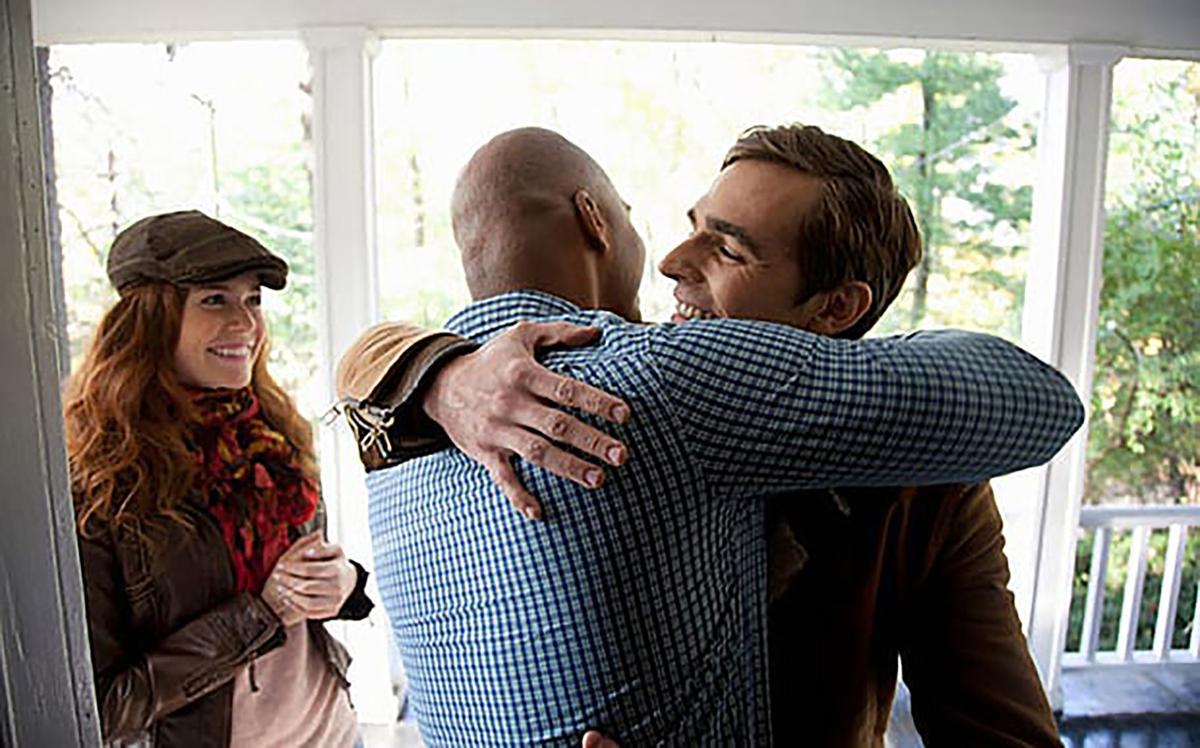 The social hug greeting is now very popular, particularly between teenage girls. Even among men, the hug is becoming more common.

According to the “good manner mavens” you shake hands when meeting someone for the first time. Also, when greeting a friend or acquaintance you haven’t seen in a while.

The social hug greeting is now very popular, particularly between teenage girls. Even among men, the hug is becoming more common.

According to the “good manner mavens” you shake hands when meeting someone for the first time. Also, when greeting a friend or acquaintance you haven’t seen in a while.

During Rosh Hashanah and Yom Kippur I made my customary trips to Synagogue when I encountered lots of folks that I hadn’t seen in a while. How did I greet them? Did I handshake, hug or kiss them? It’s a dilemma that I have to deal with at any social event that I attend.

When it comes to kissing, Royalty has its own rules. If the lady offers her hand you are required to bow and kiss it. Living in Quebec, of course this has never happened to me. Here we do the double kiss-on-the-cheek greeting. Left cheek first.

If you belong to a mafia group, a kiss can mean very different things depending on where it’s planted. A kiss on the mouth from a mobster is a sign that you’re going to be killed. But a kiss on the cheek indicates that the mobster member regards you as an equal. On the other hand, kissing the hand of a mobster is a sign of subservience, and a way of keeping a mob boss happy. All this I learned from watching old black and white gangster films with James Cagney, Peter Lorre and Edgar G. Robinson.

The social hug greeting is now very popular, particularly between teenage girls. Even among men, the hug is becoming more common. Especially among friends who haven’t seen each other in a while. They’ll usually embrace in a 20 second bear hug. President George W. Bush was big on hugging. Mrs. Obama’s hug is a sincere and friendly embrace and I had often noticed the late Expo great Gary Carter hugging a teammate or a fan.

It seems the most demonstrative hugging politician is Indian Prime Minister Narendra Modi. In June when Modi met President Donald Trump he responded to the clumsy Trump handshake with his triumphant bear-hug. His initial approach was slow with arms outstretched and there was no hint of the embrace that was to come. Then he slowly reeled Trump in with first one hand then the other. Then Modi barrelled at the US president, avoiding all eye contact and pressed his head on his chest in a confident gesture. As they drew away Modi kept hold of Trump’s hand, lingering in a firm double hand-lock. The hug was both natural and commanding and left neither of the leaders at a loss — in stark contrast to the numerous other feeble Trump greetings that I’ve watched him enact with other world leaders.

Comedian Jerry Seinfeld doesn’t hug strangers. At a recent event that he and pop singer Kesha both attended, she approached Seinfeld, expressed being a fan of his and asked for a hug. Seinfeld denied her three times and even stepped away from her when she tried to touch him. “I’m 63, I don’t know every pop star,” he said, claiming that with him a hug is not a first moment when humans meet. Seinfeld did talk to the singer later and they laughed about the whole thing — but Kesha still never got her hug.

In contrast, singer Taylor Swift’s attitude is totally different. “I love hugging people. I still hug everybody in my meet-and-greet lines.” However, television host, Howie Mandel, who has a fanatic fear of germs doesn’t shake hands, kiss or hug anyone. He will on occasion fist bump.

Feel free with your hugs. Sometimes it’s all that a person really needs.