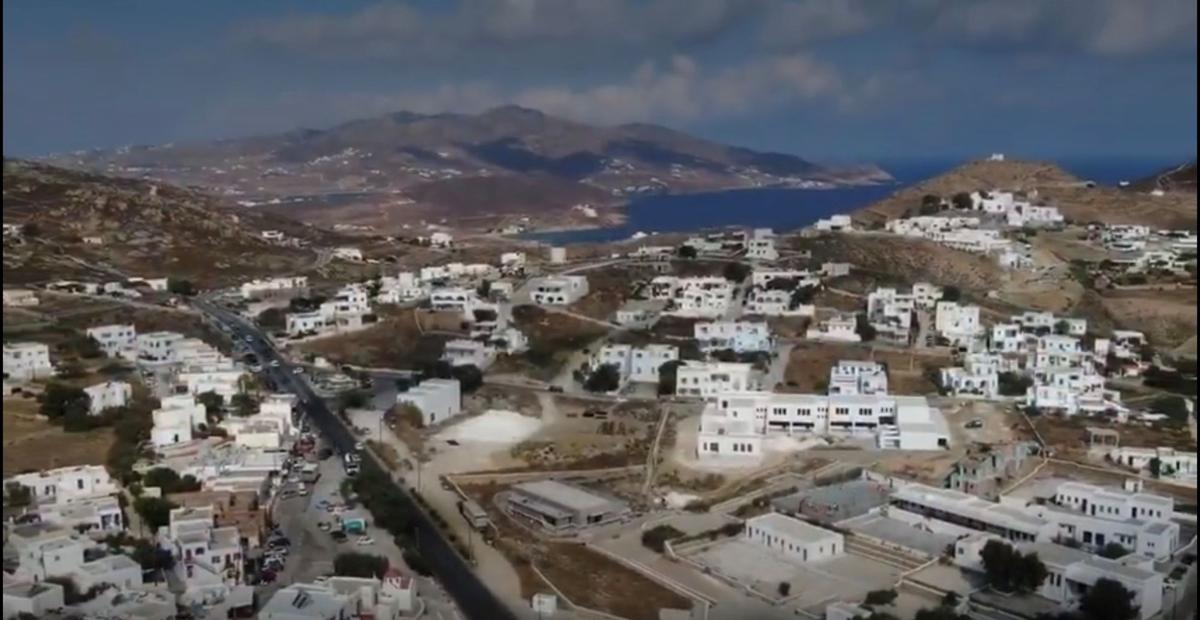 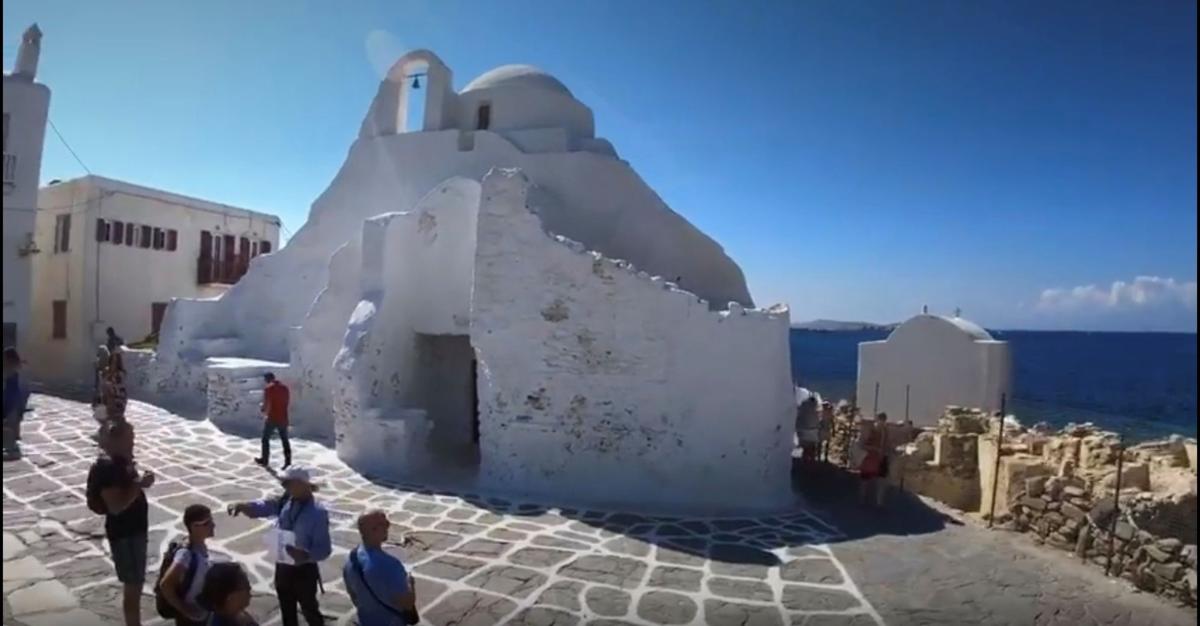 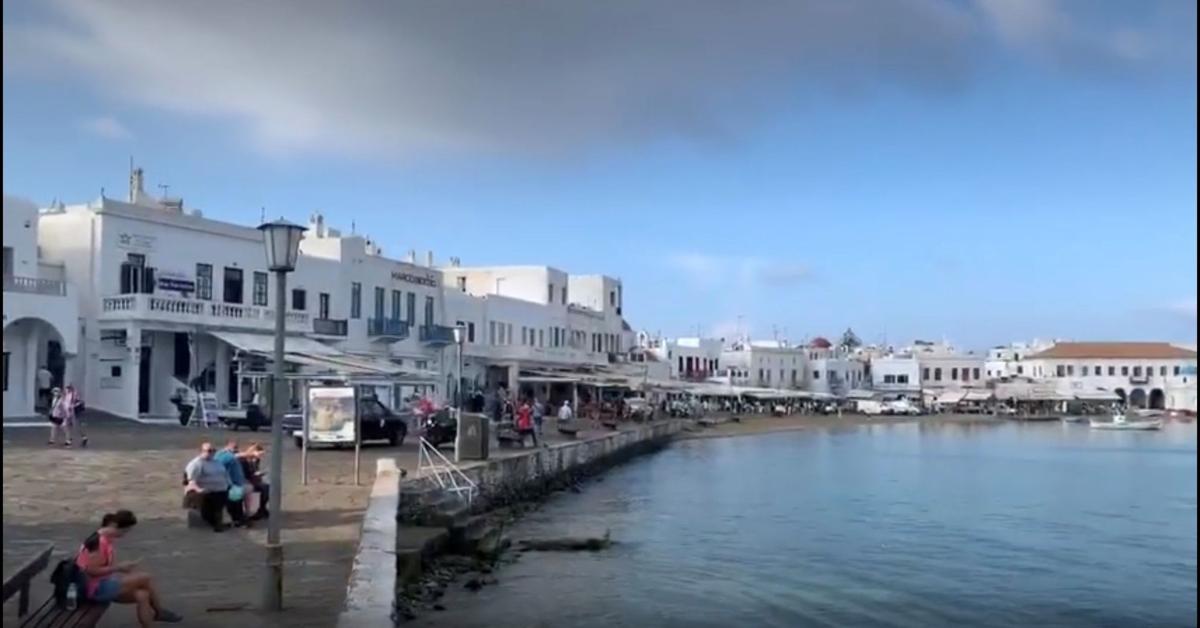 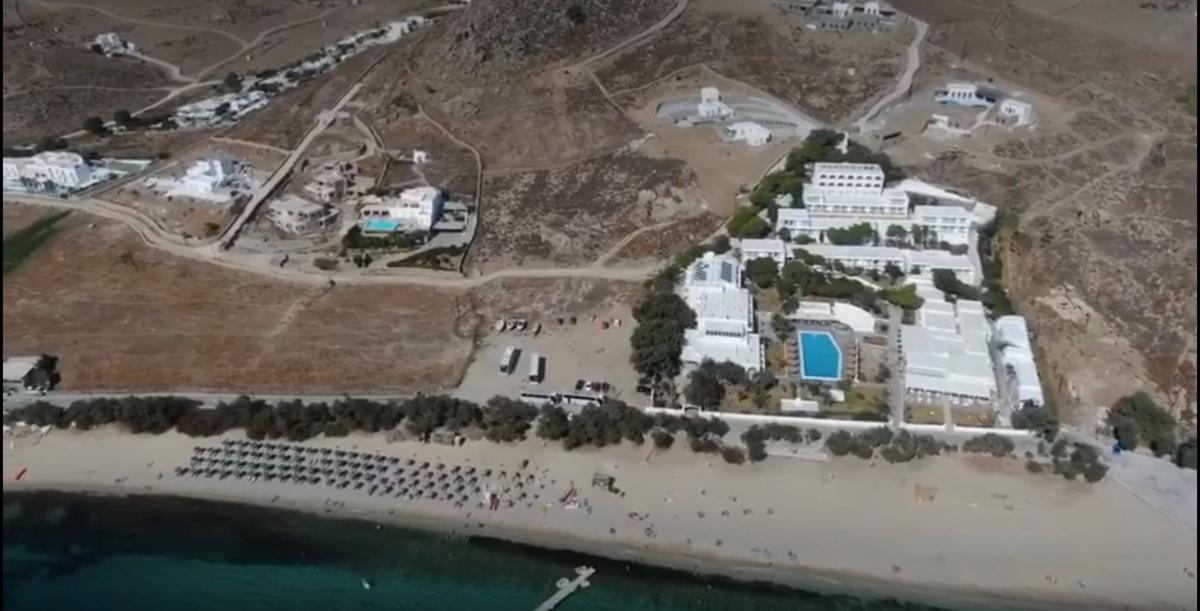 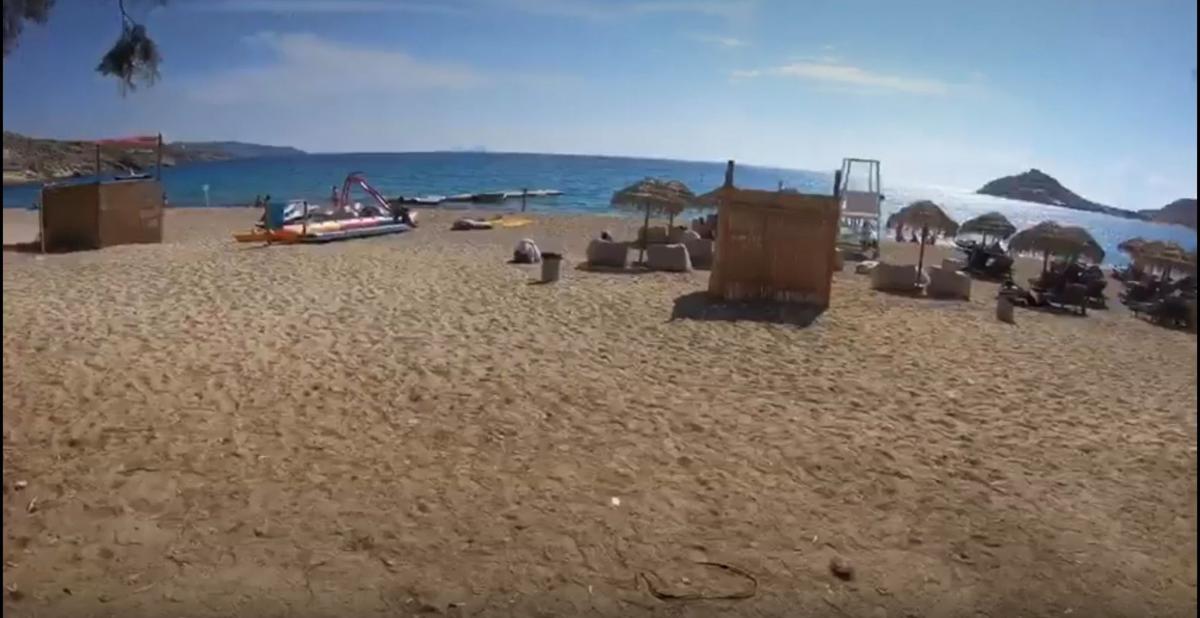 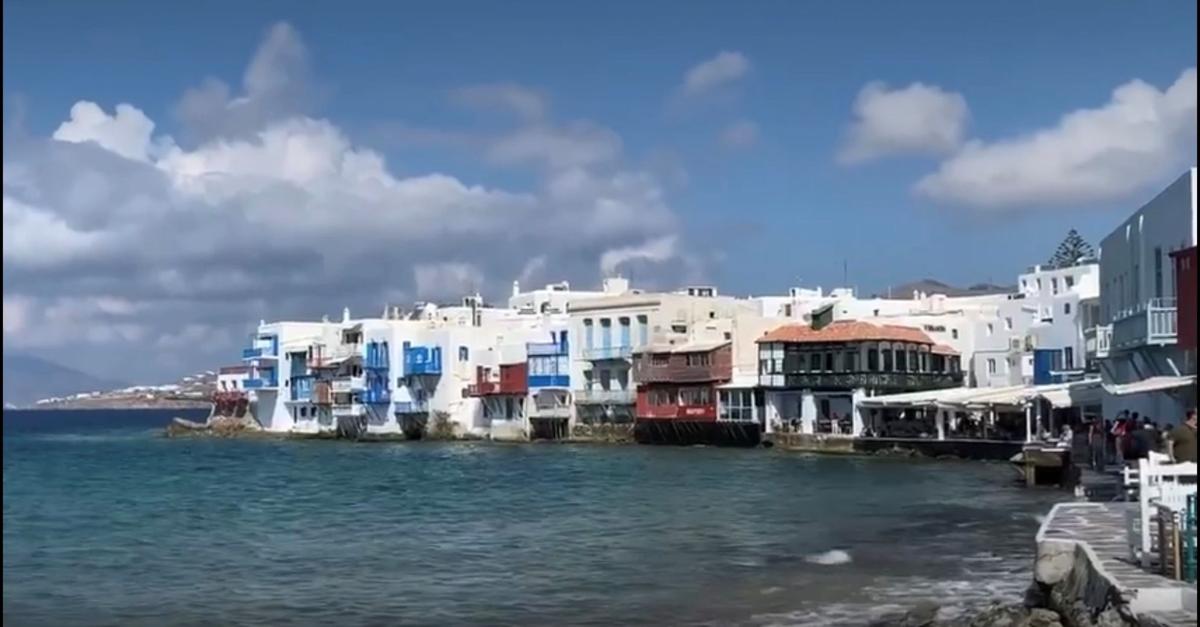 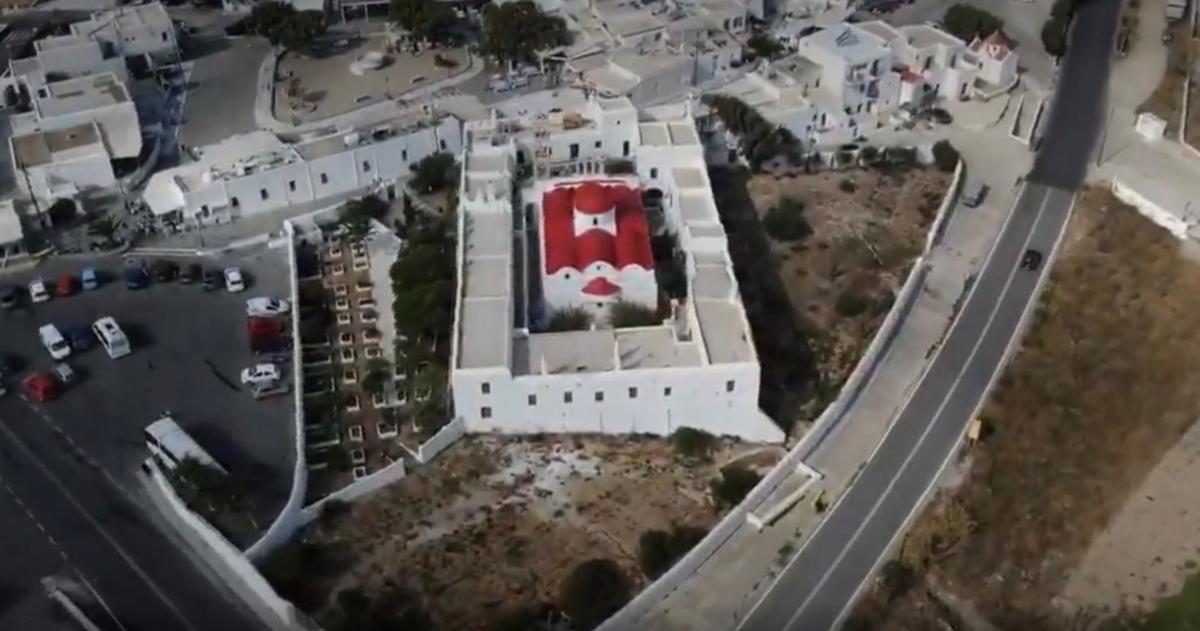 Mykonos is an island located in the Cyclades group, in the Aegean Sea, lying between Tinos, Syros, Paros and Naxos, southeast of mainland Greece. It is well known for its vibrant nightlife, but as this was a port of call during our cruise, we decided to visit during the day.

Our tour started with a visit to Ano Mera village. It is the second biggest village after Mykonos Town and is one of the oldest villages of Mykonos. We visited the Monastery of Panagia Tourliani, which dates back from the 18th century. The impressive bell-tower and marble fountain, located in the courtyard were worth seeing, as well as, the museum which displays embroideries, liturgical vestments, and wood carvings.

From there, we made our way to Kalafatis beach for a quick stop, just enough time to feel the warmth of the sand and the Aegean Sea under our feet. After our little break by the sea, we headed back to Mykonos Town for a walking tour with the local guide.

Mykonos Town is stunningly picturesque with its maze of tiny streets, whitewashed steps, lanes, houses and churches. We strolled by a row of 16th century windmills, which sit on a hill above Mykonos Town, the iconic landmark of this town. There are currently 16 windmills on Mykonos of which seven are positioned on the landmark hill. The windmills can be seen from every point of the town. These windmills were in operation from the 16th century until the late 19th century and they were used to grind mostly wheat and barley. Fun Fact: The flour produced by the windmills was then sold to local bakeries.

Nearby, we were able to admire the impressive Church of Paraportiani.A Greek Orthodox Church completed in the 17th century, this whitewashed church complex is made up of five joined churches - unique and interesting in its design.

Our walking tour came to an end in the neighborhood of Little Venice. It is one of the most romantic places in all of Mykonos, withelegant and gorgeous old houses that are situated precariously on the edge of the sea. Little Venice is an area that lines the waterfront with rows of 18th century fishing houses with balconies that look out to the sea. These colorful houses originally belonged to shipping merchants which gave them direct access to the sea. Being built right on the water, you can see how it is reminiscent of the Italian city of Venice, hence its name ‘Little Venice’.

Mykonos was my ‘coup de cœur’ on this cruise. I will definitely have to plan another visit and stay for more than just one day.

If you want to see some amazing aerial views of the islands we visited, check out our videos on our Facebook page @Les Escapades de Dora et Alain.