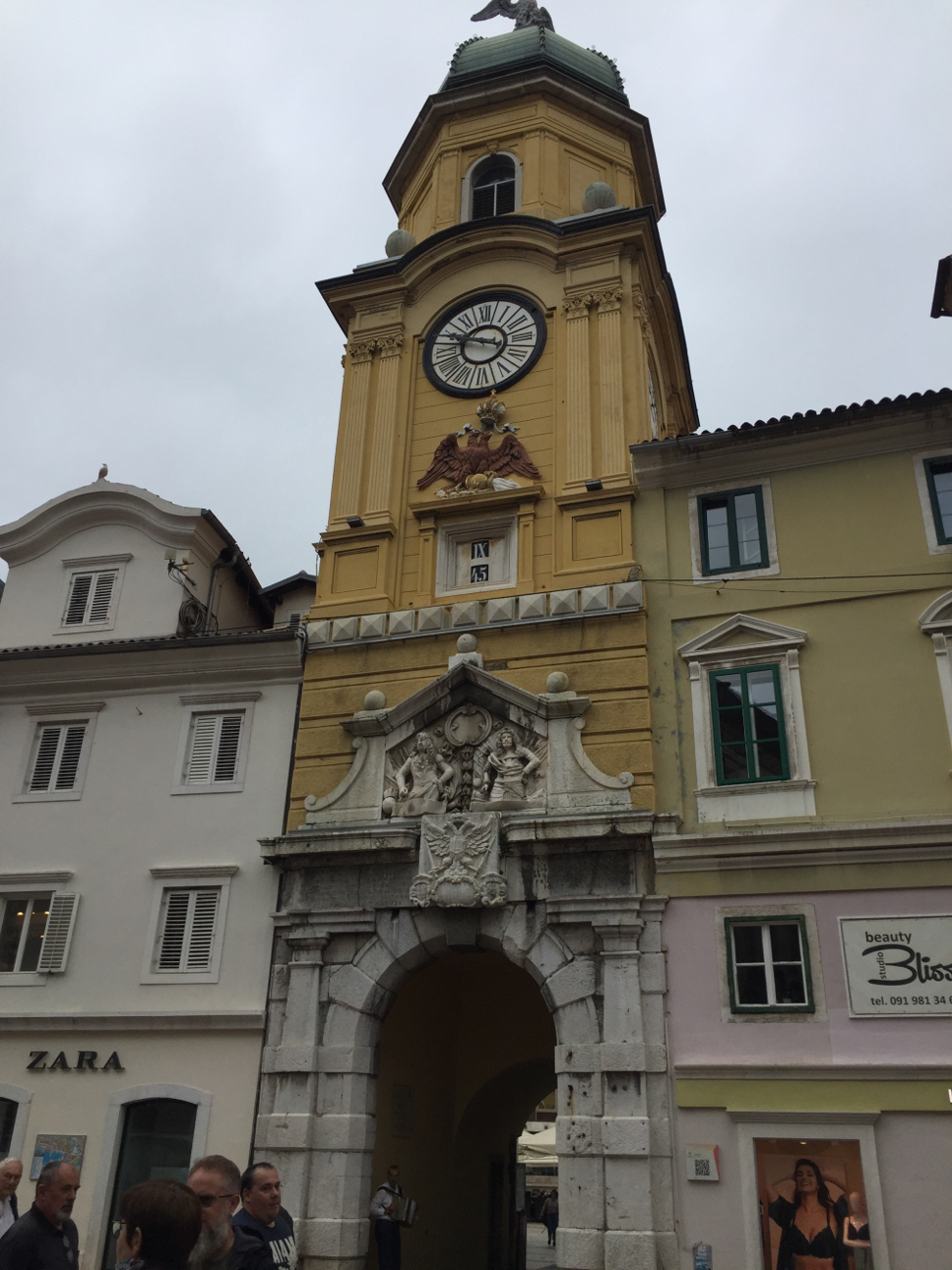 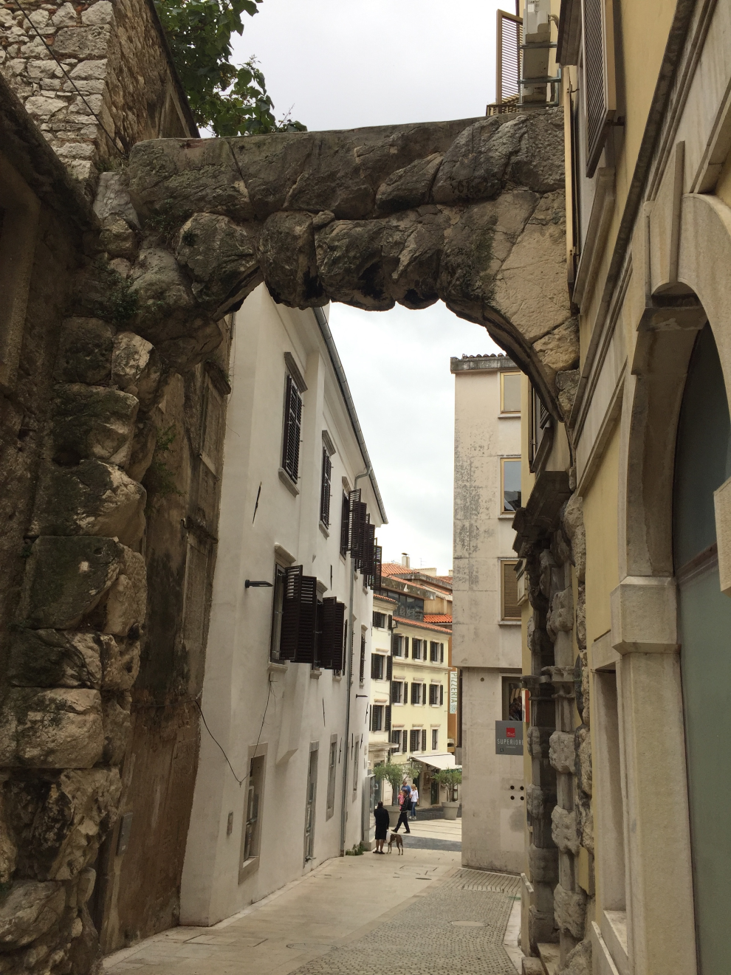 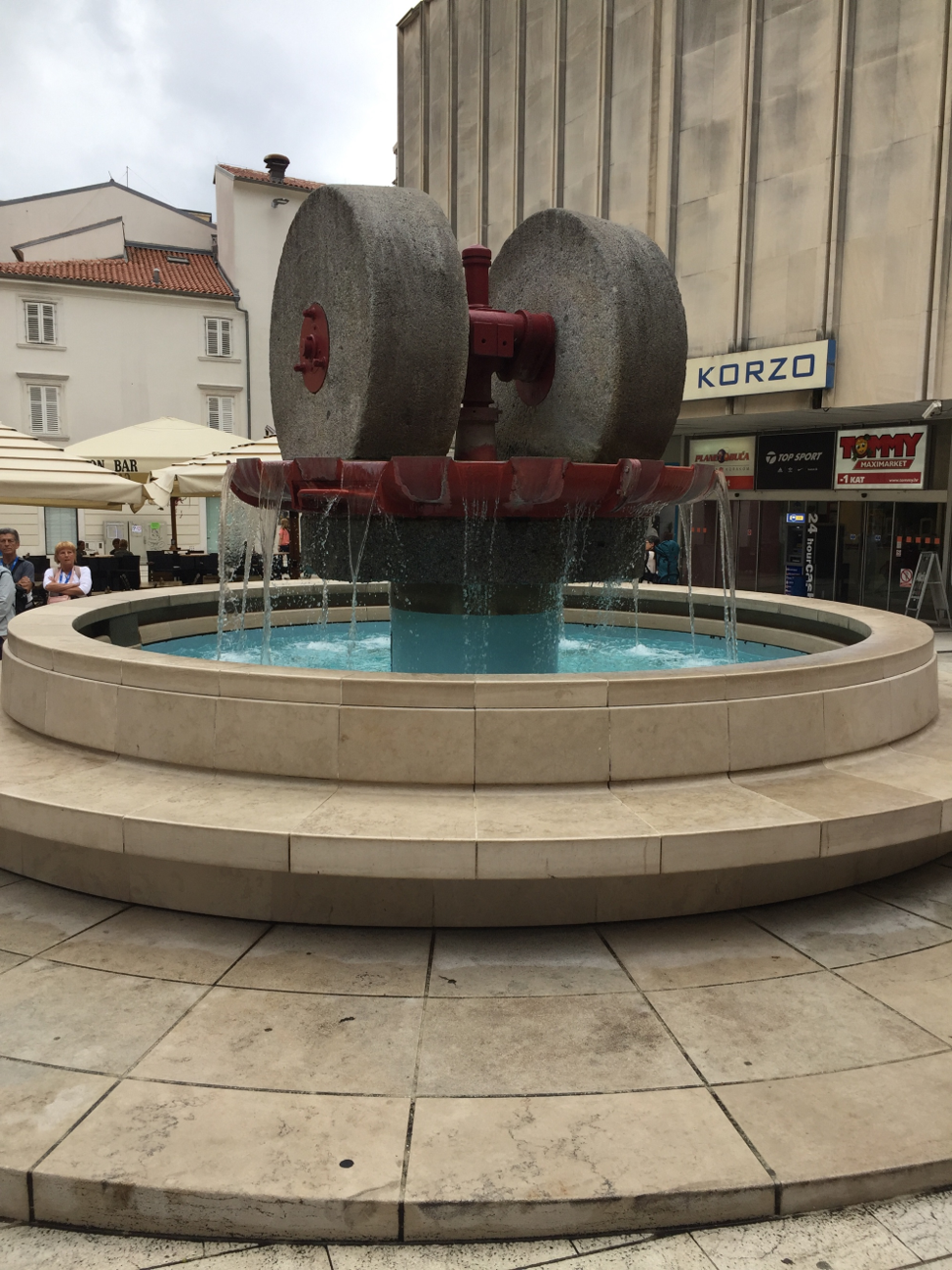 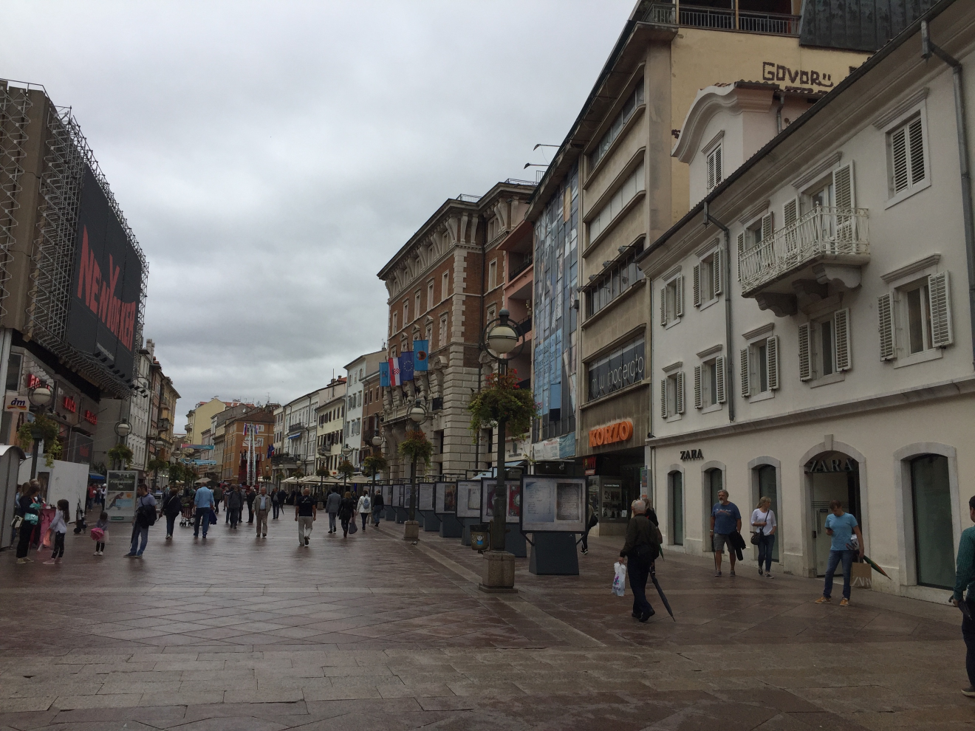 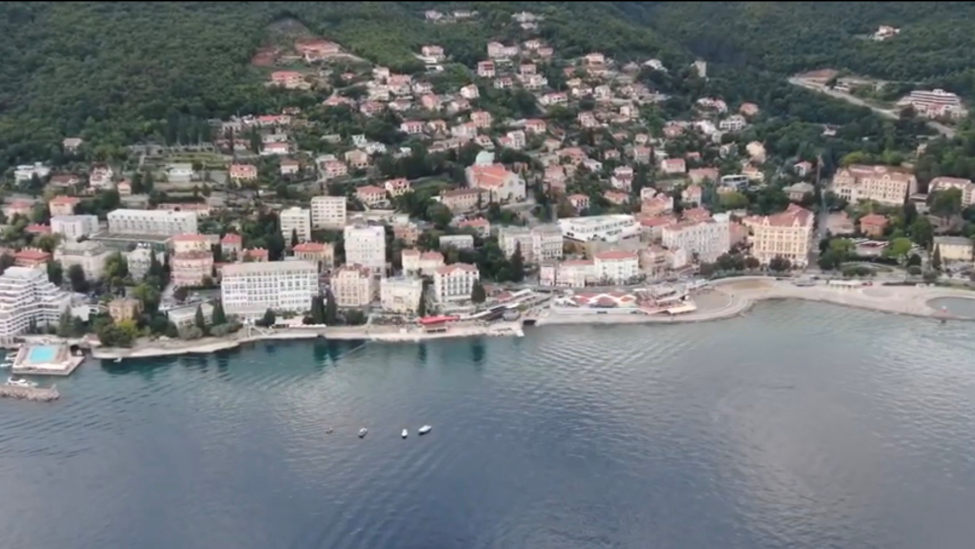 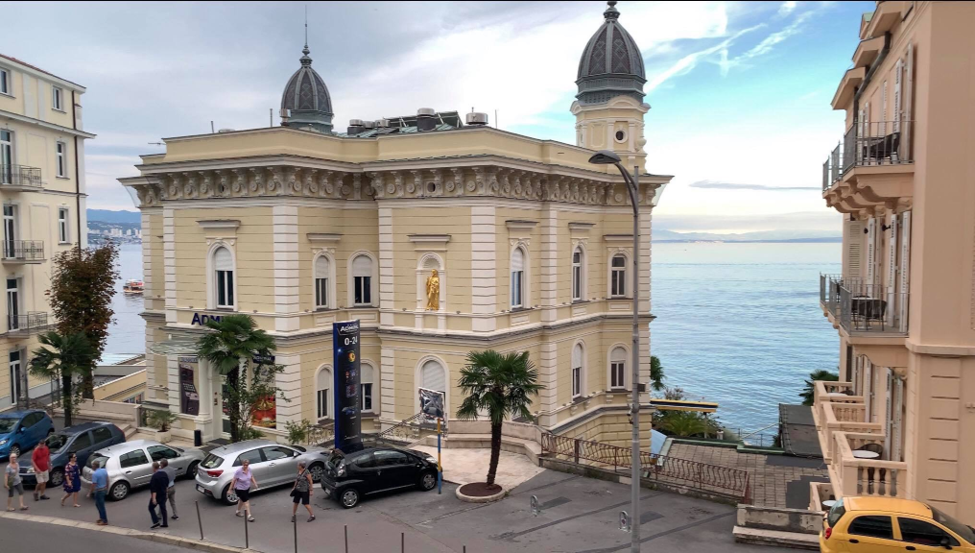 Daniela, after our day spent visiting Plitvice National Park, we were off to spend the evening and night at Opatija, a Croatian coastal town on the Adriatic Sea. This was such a wonderful “coup de coeur” as it exceeded all my expectations. We were a little disappointed that we could not stay longer here.

Our hotel was located just a few minutes walking distance from the famous coastal promenade known as The Lungomare, along the Kvarner Bay. Since we wanted to take advantage of our short time here, we dropped off our luggage and off we went to take a stroll along the beach and check out the sights.

The next morning it was off to Rijeka for a visit with our local guide. Rijeka is a Croatian port city on Kvarner Bay in the northern Adriatic sea. It is a low-key destination, less popular with tourists but well worth the visit.

Our first stop was Korzo Street, the main promenade, for pedestrians only. It was the perfect place to take a stroll, visit the numerous shops or just people watch from one of the many outdoor cafés. The central part of Korzo Street is dominated by the impressive City Tower. The Tower was built in the middle ages and a clock has been present there since the 17th century. It was once acting as an access point to this fortified medieval town. From there we took the passage under the Tower which connects Korzo Street with the charming Old Town. We continued walking past the gate, which lead us to Ivan Kobler square. The main feature at the square is a fountain, built in 1974, for the occasion of the 150th anniversary of Rijeka’s Paper Factory, the oldest in that part of Europe. The fountain was built using paper press equipment made in the factory.

What was particular about this day, was that it began in Croatia, we had lunch in Koper, Slovenia and ended the day with dinner in Mestre (Venice), Italy.  Pretty amazing way the end this road trip!