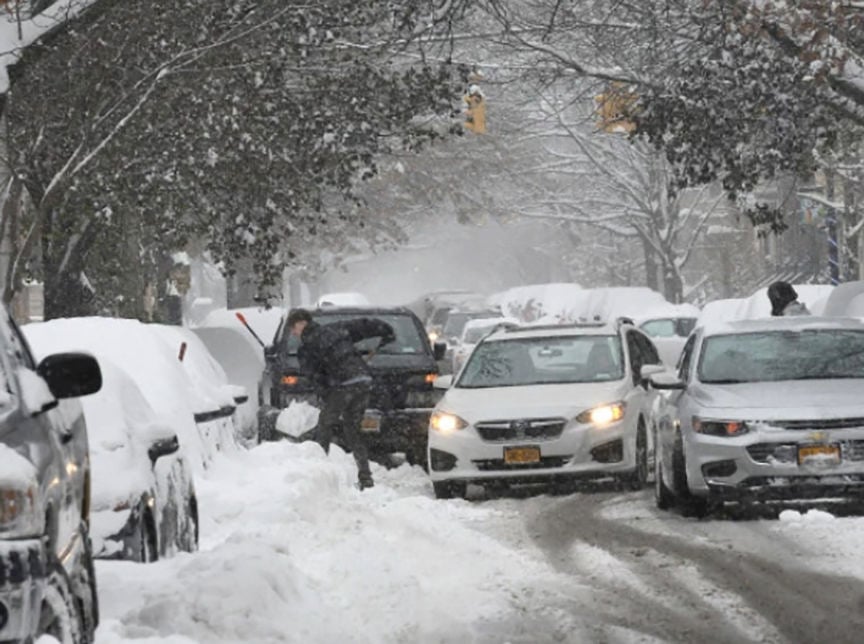 Last weekends storm just missed Montreal, but was one for the record books in central New York state, with 57cm falling in Albany, New York. 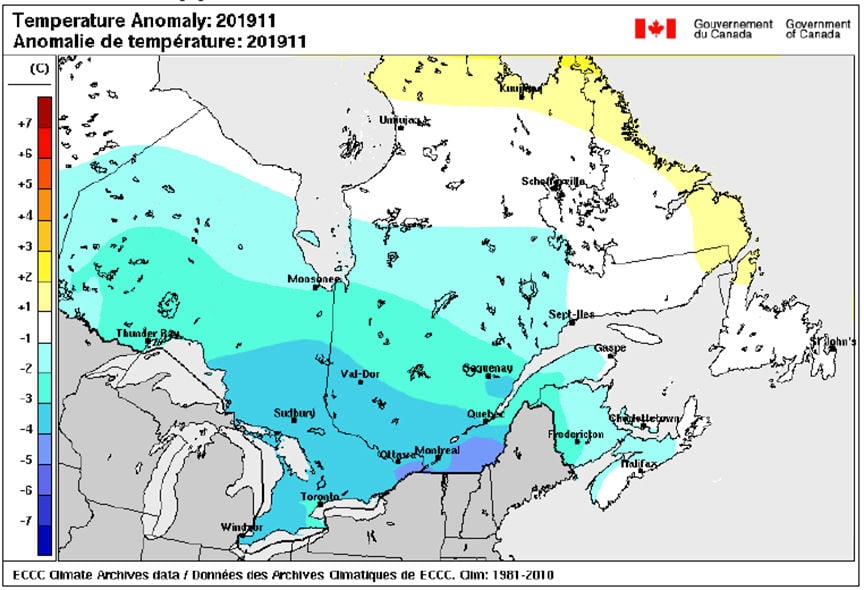 Temperatures across the southern portion of Quebec were frigid this November. Montreal recorded its coldest November dating back to 1941.

Montreal is on the northern edge of a clipper system passing across southern Ontario into upstate New York early Friday. If thats sounds familiar it is because the storm is following the same track of last weekends epic snowstorm. This system is much weaker, spreading 5 to 10cm of snow along its path, with just a few snow showers across southwestern Quebec. Areas along a line from Vaudreuil through to the Ontario border and points south may pic up a quick 2cm of snow on Friday.

The storm that missed Montreal last weekend dumped up to 2 feet of snow across central New York and southern New England. It also created treacherous road conditions in southern Ontario, with three fatal accidents reported. Albany, New York measured its eighth largest snowstorm on record, with 22.6 inches of snow (57.4cm), falling over a 48 hour period. It was that cities largest snowstorm since the March 1993 superstorm. Seven New York counties were placed under a state of emergency, with schools closed for two days and thousands of flight cancelations. Hundreds of accidents were reported across the southern tier of New York into the Mohawk and Hudson Valley

For a comparison, Montreal had 40cm during the March 1993 superstorm, but not one flake fell this time. Snow fell up to and along the US/Canada border as well as in Ontario, the Gaspe and Atlantic Canada.

Sunshine and cold weather is forecast Saturday, with rapidly warming temperatures starting late Sunday. The next system on the horizon will be a warm one, this despite the cold weekend ahead for Montreal. On Monday, much warmer air will surge into the St. Lawrence Valley, as a strengthening storm moves across the Great Lakes. Rain is forecast in Montreal, with perhaps some spotty freezing rain at the onset. Precipitation amounts will vary across the region, with a general 10-20mm of rain likely. Temperatures will be very warm early next week, 5 to 7C (40-45F) Monday and Tuesday. A strong cold front arrives late Tuesday night, with much colder and windy weather expected on Wednesday. Temperatures will plummet down to -11C (12F) on Wednesday. Any leftover rain will change to light snow before ending. Briefly looking beyond next week, another big storm is likely by the middle of the month. Depending on which model you prefer, this could be our white Christmas. Time will tell, I'm keeping a close eye on it.

One final note, November 2019 was the coldest on record at Trudeau Airport, dating back to 1941. The mean monthly temperatures was -1.4C, well below the normal of 2.5C. We also threw in 32cm of snow, compared to the normal of 19cm.