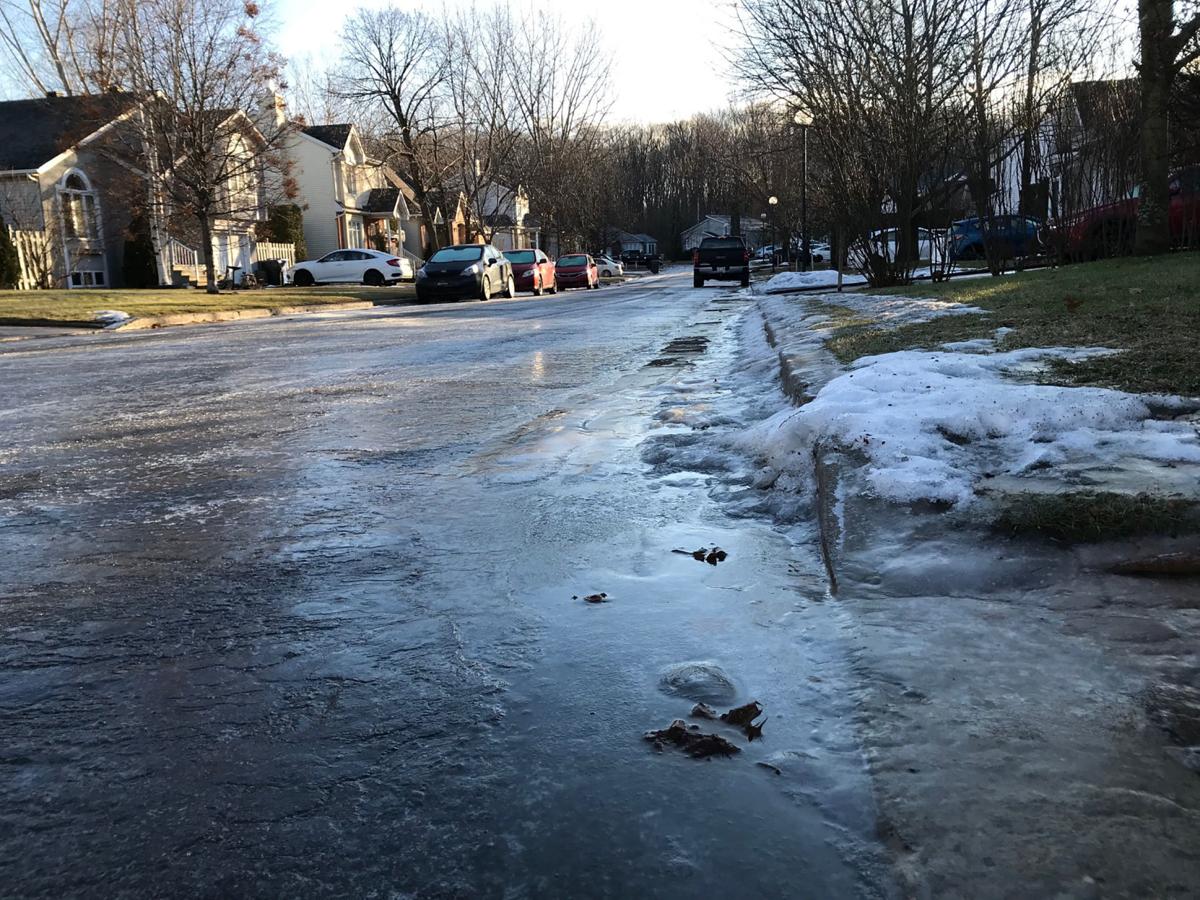 An icy landscape Saturday morning after 6mm of freezing rain fell on Friday across metro Montreal. The ice resulted in numerous accidents and an upswing in broken bones at local emergency rooms. Urgences Sante reported dozens of calls for ice related injuries across the Montreal region. 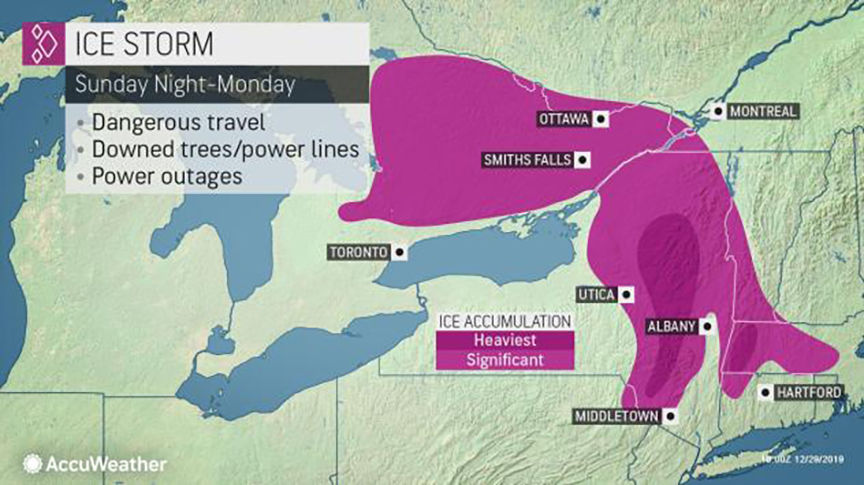 An ice storm is likely across eastern Ontario into extreme southwest Quebec and the Adirondacks of New York. Up to 20mm of ice is possible, which would result in power outages. 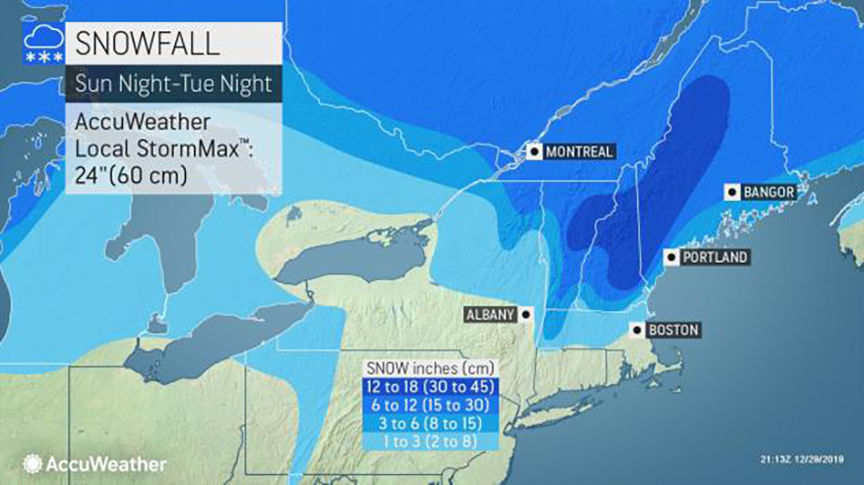 Montreal will remain on the dividing line between heavy snow and freezing rain. This is subject to change over the next 12 to 24 hours. If precipitation remains as all snow, over 20cm is possible for the city. Avoid any travel Monday if at all possible.

Precipitation will begin this evening and persist through early Tuesday. At this time, a mix of freezing rain and snow is expected across southern Quebec, with up to 25cm for Montreal. Snowfall amounts will be less as you head south and west due to the freezing rain. Freezing rain will accumulate 2-5mm of ice in Vaudreuil and Valleyfield, with as much as 10-20mm of ice in eastern Ontario. Power outages will be possible. Travel is not recommended Monday, especially off island to the south and west of Montreal.

A complex winter storm will move across the Great Lakes and into Ontario over the next 48 hours. This system will bring a wide mix of precipitation from heavy snow to ice pellets, freezing rain and eventually rain for some locations. The hardest hit regions will be from central Ontario into southwestern Quebec.

An approaching warm front from the southwest will run into slightly colder air trapped at the surface, as was the case on Friday. Freezing rain is forecast to develop this afternoon and this evening along the 401 corridor from Kingston to the Quebec border and north into the Ottawa Valley. Some locations may receive up to 20mm in ice accretion. This amount could easily result in widespread tree damage and power outages.

In Montreal, the forecast is a little more difficult at this time. Southwestern Quebec will be right on the line between freezing rain and heavy snow. At this time, 15 to 25cm of snow is possible late tonight into Monday, along with strong winds out of the northeast, up to 50km/h. A slight shift in the warm front would bring heavy freezing rain or ice pellets (sleet) into Montreal.

At this time, freezing rain warnings are in effect in central and eastern Ontario. Winter storm warnings and winter weather advisories are posted for northern New York and Vermont. Montreal remains under a special weather statement, but warnings will likely be issued for some regions of Quebec by later this afternoon.

All travel in southwest Quebec and southern Ontario should be avoided overnight and Monday if at all possible. The precipitation will changeover to light snow across all regions on New Years Eve. Temperatures will remain mild into the first week of the new year, with the arctic air trapped over northern Canada. Daytime highs will continue well above normal, from -1C to 2C through the end of the upcoming week. Overnight lows will range from -5C to 0C during the period. Colder air will arrive by the second week of the month.