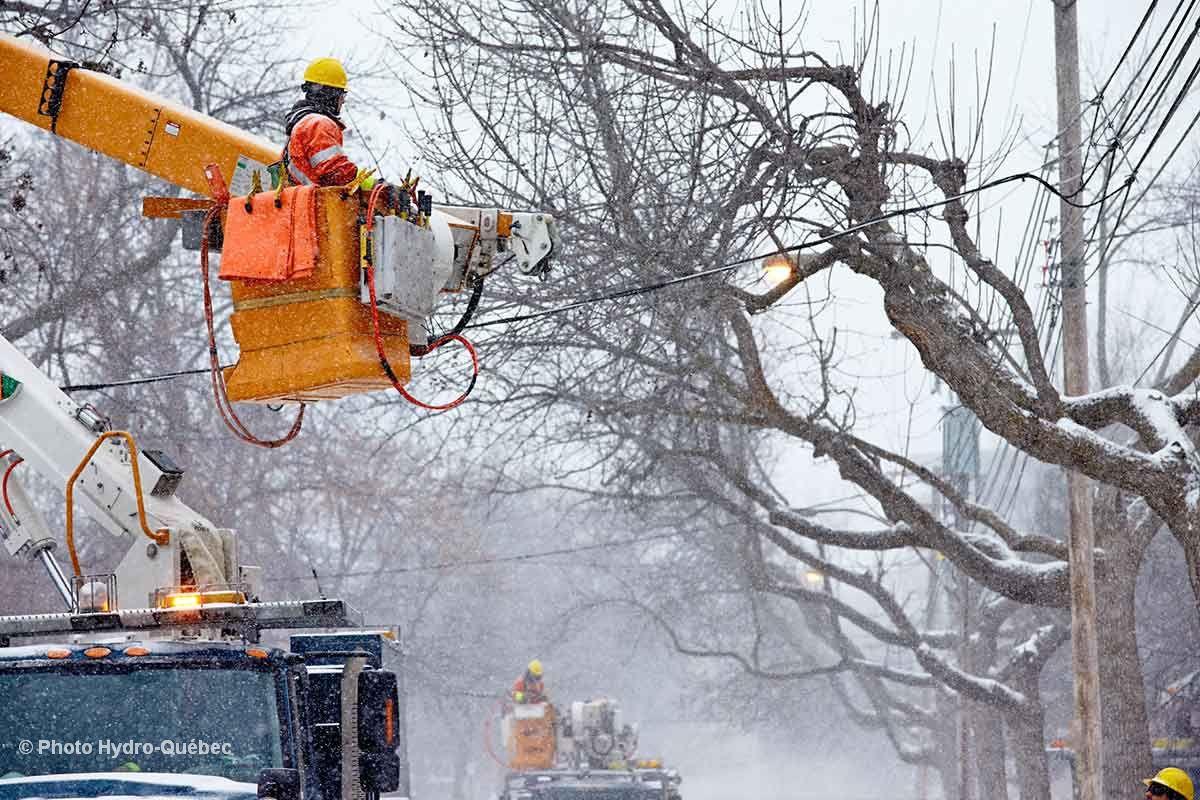 Close to 135,000 Hydro-Québec clients were in the dark this morning, with over 100 teams currently working to restore power. That number is now down to 116,000. The hardest hit regions are the South Shore of Montreal, especially Brossard, Longueuil and Saint Hubert, where more freezing rain occurred. 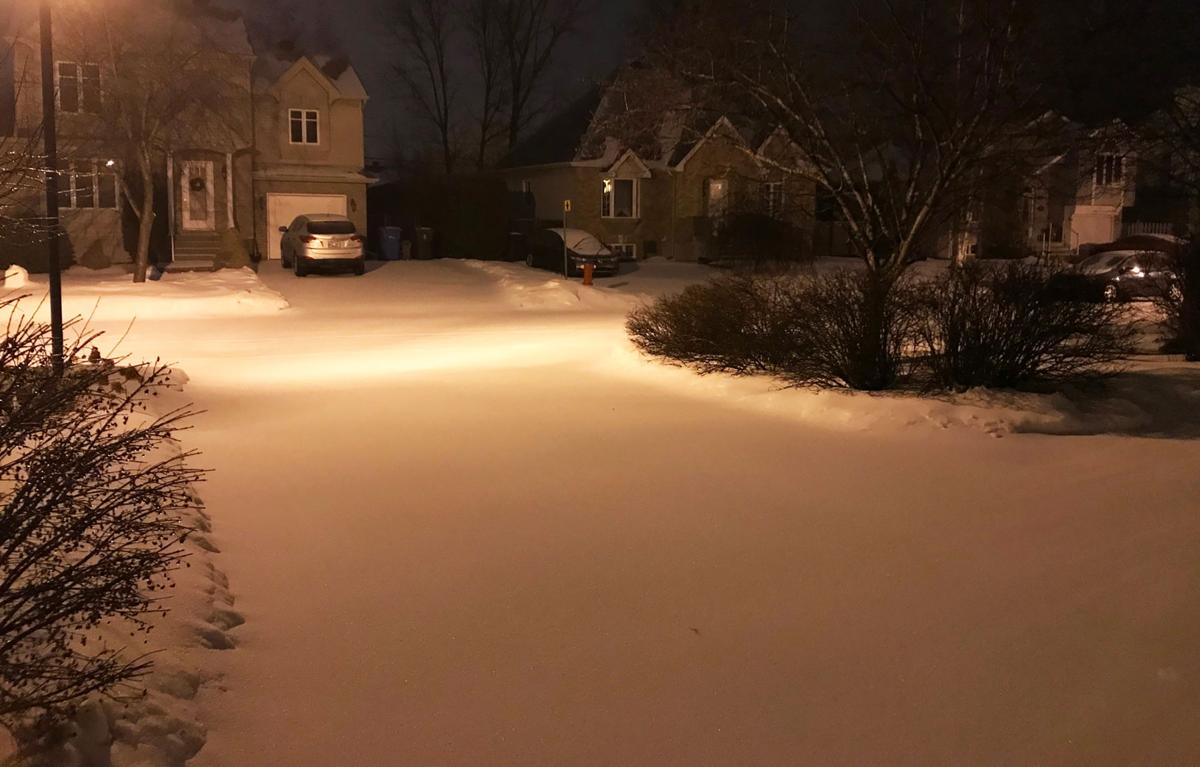 While we were prepared for the worst, I was pleased to see the ground white, as mostly sleet (ice pellets) had fallen on Ile Perrot overnight, with very little ice accretion. Light freezing rain is falling this morning, mixed with snow and ice pellets. Precipitation should taper off this afternoon.

12PM Update: All weather warnings have expired for the region, and the threat for freezing rain is over. The last of the snow flurries should taper off this afternoon. Montreal was very fortunate as we received mostly rain and sleet as opposed to freezing rain. Such was not the case on the South Shore and regions towards the US border where most of the current power outages are being reported. As of noon, close to 116,000 Hydro-Québec clients are in the dark.

Temperatures are cold this afternoon as well, at -7C (19F) currently in Montreal. Roads remain very icy from yesterdays rain and last nights big freeze-up. Drive with extreme caution today as there have already been reports of accidents and cars hitting the ditch over the morning hours.

Previous Post: Over 58,000 Quebec homes and businesses are without power Sunday morning after a night of freezing rain and strong winds. Most of the outages are in the Monteregie south of Montreal. The island of Montreal is in decent shape so far. We caught a huge break on Saturday, as mild air held on a few hours longer producing more liquid rather than frozen precipitation. Since the changeover around 10pm Saturday evening, most of the freezing rain has been mixed with ice pellets, which does not stick to trees or power lines. The wind has been gusting to 60km/h at times from the northeast.

Hydro-Quebéc has more than 100 teams on the road Sunday morning to restore power as quickly as possible. Power outages have also been reported in central and eastern Ontario. The precipitation is expected to continue through the middle portion of the day in Montreal, with another 10 to 15mm of freezing rain possible, especially south of the city. Some sleet and light snow will mix in as well. Conditions should start to improve later this afternoon. Winds will diminish as well by this evening. The temperature will remain nearly steady near -5C (23F) today in Montreal, dropping to -11 (12F) by Monday morning.

The massive winter storm creating the heavy rain and ice in Quebec, stretched from Texas to Atlantic Canada. The system not only produced flooding rains in Ontario and Quebec, but heavy snow to the north and west of the track and deadly tornadoes to the south. Along the US east coast on Saturday, a surge of warm air generated by the same storm, resulted in over 60 record highs, some dating back to the 1890's.

The heavy rain Saturday produced plenty of localized flooding across the region. Montreal received a record breaking 44.2mm of rain at Trudeau Airport, crushing the previous daily record of 18.6mm set in 2008. The 36 hour precipitation total for the city is approaching 58mm. All that rainfall is now ice, with a current temperature of -6C (21F) in Montreal, down from Saturday's high of 7C (45F). If you head outdoors today, be extremely careful as all surfaces are covered in snow and ice.